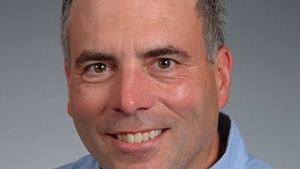 The turnover comes both in Vehicle Engineering--the group that must executive and deliver the 2012 Tesla Model S electric luxury sports sedan--and in Marketing, which includes the company's energetic public relations department.

Engineering in the spotlight

Rawlinson has worked on both electric car projects (the Think City, which set a world record for subcompact crash-safety performance) and luxury sports sedans, including the Bentley Continental, BMW 5-Series, and Jaguar X-Type. As such, he should understand the demanding requirements of the likely Model S buyers.

He succeeds Michael Donoughe, Tesla's most recent executive to leave, who lasted barely more than a year. Tesla hired Donoughe in July 2008; his resignation became public last week. He will become a senior partner at St. Clair Consortium, of Grosse Pointe, Michigan, which focuses on product development.

Donoughe came from Chrysler, where he led a crash project to replace the widely-panned Chrysler Sebring and Dodge Avenger midsize sedans. That project was killed by owner Cerberus as the economy worsened, and he left Chrysler in March of last year.

Both Donoughe and Tesla CEO Elon Musk called the timing "logical," after Donoughe worked to improve the production process and improve the quality of the $109,000 Tesla Roadster two-seat electric sports car. "We wish him all the best," said Musk.

Most analysts agree that getting the 2012 Model S on the road by the end of 2011, as promised by CEO Musk, will be a considerable stretch. To make it a reality, the company is interviewing candidates at all levels for more than 150 current job openings.

The company is under even greater scrutiny now that it has received $465 million in low-interest loans from the U.S. Department of Energy for a plant to produce battery packs and other components, as well as the California factory that is to build the Model S starting in 2011. The loans were announced in June, though Musk had claimed as early as February that they were confirmed.

But it usually costs billions of dollars to design, prototype, test, and certify a brand-new car from scratch, as Tesla plans. Analyst Aaron Bragman, from IHS Global Insight, notes, "It can cost an established automaker well over a billion to develop a new platform, if they already HAVE a plant, infrastructure, test facilities, skilled engineers, etc."

Nonetheless, Musk swears the company is going to do just that. In 30 months, no less. The platform is Tesla's own design, he says, and the company will build the car itself, unlike the Roadster, which is manufactured by Lotus in the U.K. The first Model S, he says, will roll off the line two years hence, with annual production of 20,000 units a year or more.

But now that Mercedes-Benz has invested in Tesla, buying 9 percent for $50 million, that position may be rethought. Indeed, there was widespread speculation that the Model S prototype was built around the structure of a Mercedes-Benz CLS four-door coupe.

From Town Car to Tesla

Rawlinson will be joined in engineering by Henry Brice, who becomes program director for the 2011 Model S. Brice had been assistant chief engineer for the North American version of the 2011 Ford Fiesta program.

In Marketing, meanwhile, Tesla lost its first chief, Darryl Siry, in December 2008 after two years with the company. His successor, Michael van der Sande, left in early August after a mere eight months at Tesla, although his resignation got relatively less attention than Donoughe's.

Tesla spokesperson Rachel Konrad said in August that he resigned "for personal reasons" and declined any further comment. Van der Sande had held marketing and managing director positions at Harley-Davidson from 1996 to 2008, and worked at Bentley before that.

Early this year, Tesla's website said, "Van der Sande, a Dutch native who speaks four languages fluently and has lived in seven countries, brings to Tesla extensive knowledge of the European regulatory and consumer market. In the spring, Tesla began taking orders for the all-electric, zero-emission Roadster in Europe, and Tesla will begin EU deliveries in spring 2009."

Even by the turbulent standards of Silicon Valley's venture-funded startups, Tesla had garnered more than its share of attention for missteps, multiple CEOs, lawyoffs, and lawsuits over its seven years.

In June, deposed founder Martin Eberhard sued CEO Musk, alleging that Musk has run the company into the ground, and libeled and slandered him personally. Eberhard had previously written an anti-management blog (TeslaFounders.com). The suit was later settled out of court.