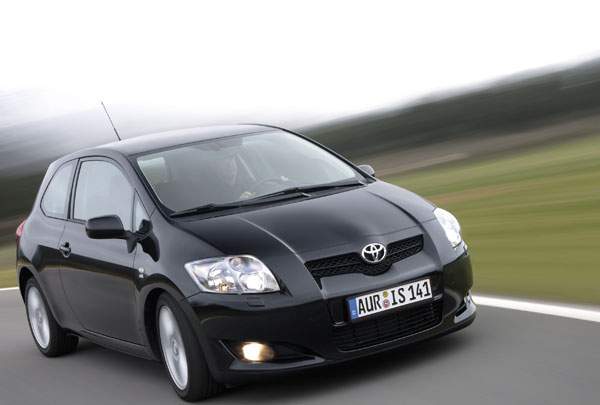 Awhile back, we speculated that Toyota's new, smaller-than-Prius hybrid would be based on the Auris Hybrid compact hatchback sold in Europe. We were wrong; in fact, the US will get a hybrid version of the already-high-mileage Toyota Yaris subcompact instead.

But the Auris Hybrid is moving along nonetheless, and now Toyota has announced they'll be making it in the United Kingdom starting in 2010. The site is the company's Burnaston plant in the northwest of England, and it's the first time Toyota will build hybrids in Europe.

The company builds the bulk of its hybrids at several plants in Japan, though it makes Camry Hybrid models with other Camrys at its plant in Kentucky. It also assembles Prius kits in China, although plans to build the Prius at a new factory in Mississippi are on hold.

The Auris hatchback, sold in Europe and Asia, is built on the same platform as the 2009 Toyota Corolla. In 2007, the Auris replaced the previous model of Corolla hatchback in Europe. It's Toyota's third best-selling car there after the Yaris and the Aygo mini-car.

In US terms, you can think of the Auris as similar to the 2009 Toyota Matrix, also a five-door hatchback. Its future is now in doubt, since General Motors has canceled its twin the 2009 Pontiac Vibe and pulled out of the two companies' shared factory in California.

Whether the Matrix is ultimately replaced by the next model of the Auris, due in 2012, remains to be seen. With the GM partnership over, Toyota might want to eliminate US-only models like the Matrix  and commonize its lineup globally.

The company's new chairman, Akio Toyoda, is taking decisive steps to make Toyota leaner and more nimble after its global sales fell more than 30 percent. By 2020, it plans to offer a hybrid version of every volume model it builds.

The Auris Hybrid will use about 20 percent less fuel than the standard version, and emit 17 percent less carbon dioxide. 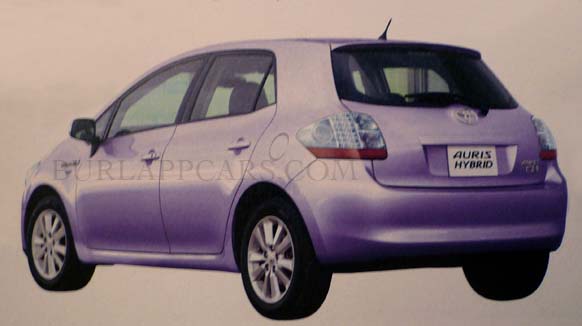