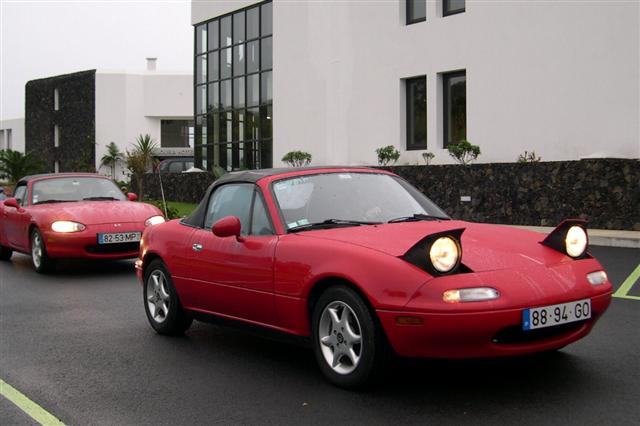 Earlier this year I gushed over the new 2009 Mazda Miata (MX-5 for the global market) face lift. I also mentioned that the Miata was introduced state side for the 1990 model year to the American public. So why is it celebrating it’s 20th Anniversary? Well, for those of you Miata aficionados you will recall that the Miata was introduced in Japan and other markets in 1989 as the MX-5 (also how it is sold outside of the U.S.). What does this mean? You guessed it; parties around the world including the pinnacle of European racing—The 24 Hours of Le Mans.

The 2009 Mazda Miata not only marks 20 years of success for Mazda and the designers, but it also marks the passing of sports cars from generation to generation. Some may have forgotten, but those of you who are British car lovers will remember that the Miata was designed after the successful British Leyland cars like the MGB that were affordable, fun and most of all a convertible. Kudos have to be given to Mazda for keeping the affordable sports car spirit alive and with that they not only have surpassed the original run length of the MGB, but they have also catapulted themselves into the Guinness Book of World Records with 850,000 units sold to date. 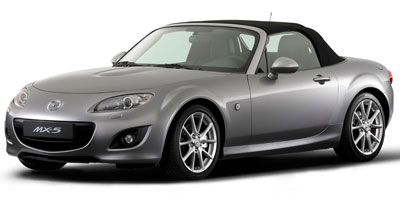 The Le Mans 20th Anniversary celebration will consist of 200 or more MX-5’s (it is in Europe after all) from Mazda MX-5 Clubs around Europe, a “Best of Show” competition, anniversary polo shirt, rally plate and special Mazda Camp. So if you are planning to be in the area you should check out the registration information on the French Mazda page (or see the PDF invitation). Not going to be in France? Don’t despair, there are plenty of other Anniversary events happening across the U.S. to commemorate the 20th year of this modern and affordable sports car.

Be sure to check out other Mazda stories here at AllSmallCars.com like: 2010 Mazda3 Review: Will You Pick Style or Substance? Also visit our photo gallery for pictures of all the small cars on the market today.

Searching for focused automotive news? Check out our partner sites like FamilyCarGuide.com or AllAboutPrius.com. Others are also listed at the lower right hand corner of this page.