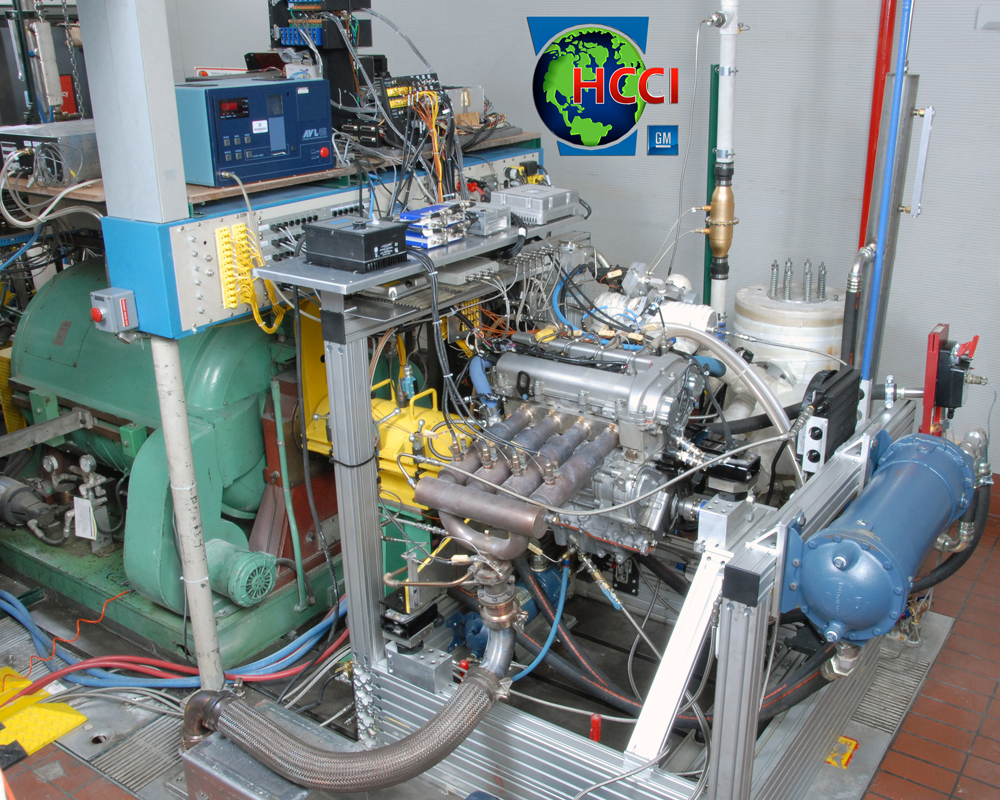 With Congress breathing down the automakers' necks, demanding more fuel efficient vehicles, it's no wonder GM is developing a new gas-sipping engine. Instead of using a spark plug to light the air-fuel mixture in a piston, the 'homogeneous charge compression ignition engine,' (HCCI) squeezes the mixture until it ignites. This saves fuel by burning it faster and cooler, reducing pumping losses and decreasing the heat energy that's lost in a traditional engine.

The concept is similar to that of a diesel engine, but the HCCI engine doesn't require urea injection or other exhaust treatments to make it legal in all fifty states. Added exhaust components add cost to diesel vehicles.

When used with other fuel-saving technologies, GM expects the new engine to increase fuel economy by 15%. GM spokesperson, Susan Garavaglia, says the HCCI is especially important, given that other, cleaner technologies may take years to fully develop.

"We're working on a range of technologies, including vehicles powered by fuel cells, but in the mean time, we still need the internal combustion engine," says Garavaglia. "We're not fully set up for plug-in electric vehicles or fuel cell vehicles. Until we get the infrastructure in place, we have to have a variety of solutions available. There will be some cities that can accommodate these new technologies, but for the rest of the public, we don't want to leave them stranded." Yeah. Don't forget about the suburbanites.

The HCCI has no official release date and still requires extensive durability testing. GM will only say that it will be in production vehicles in less than ten years. Sounds good, but who's to say Tesla won't have a whole lineup of quick charging EVs by then?