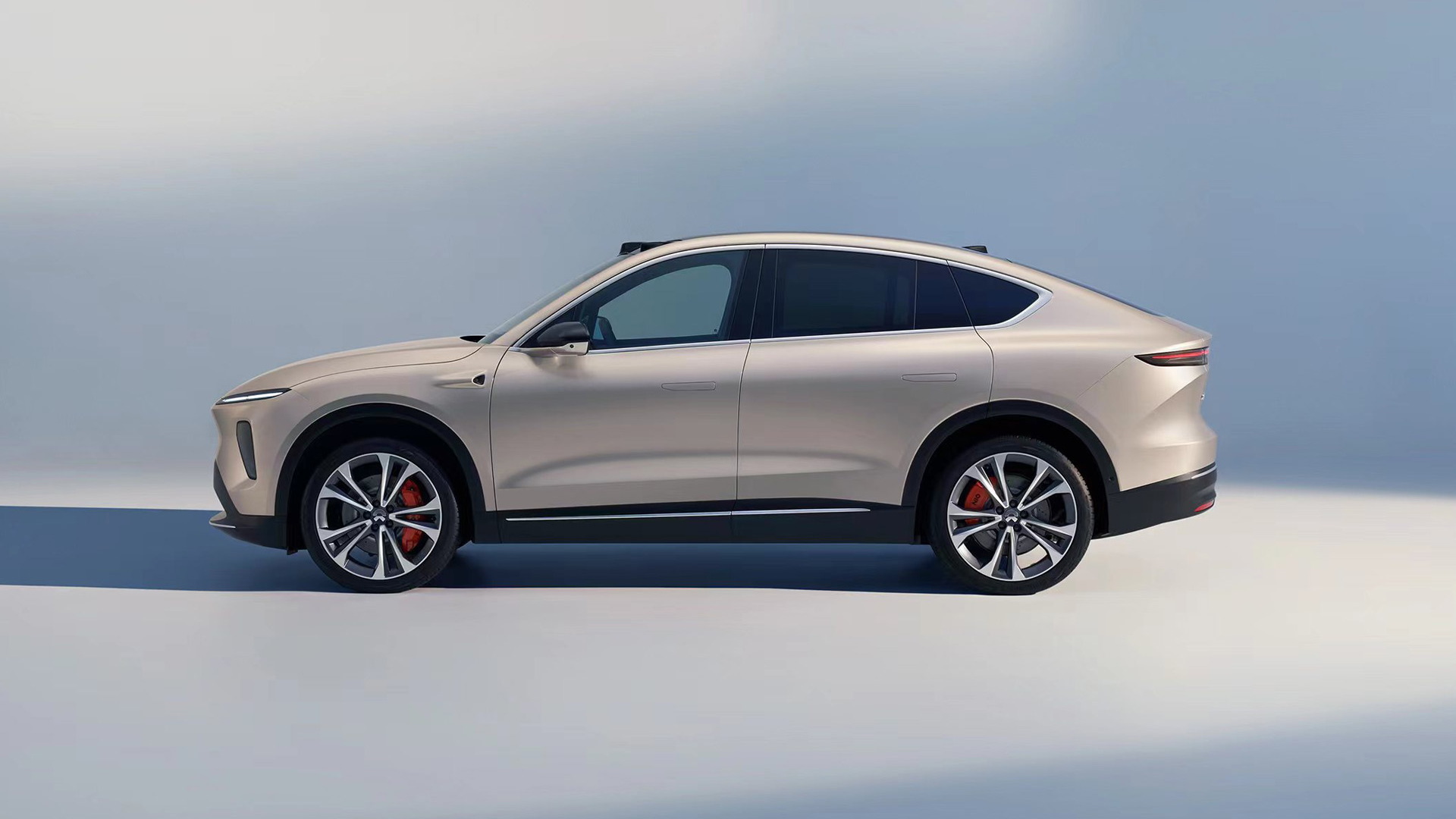 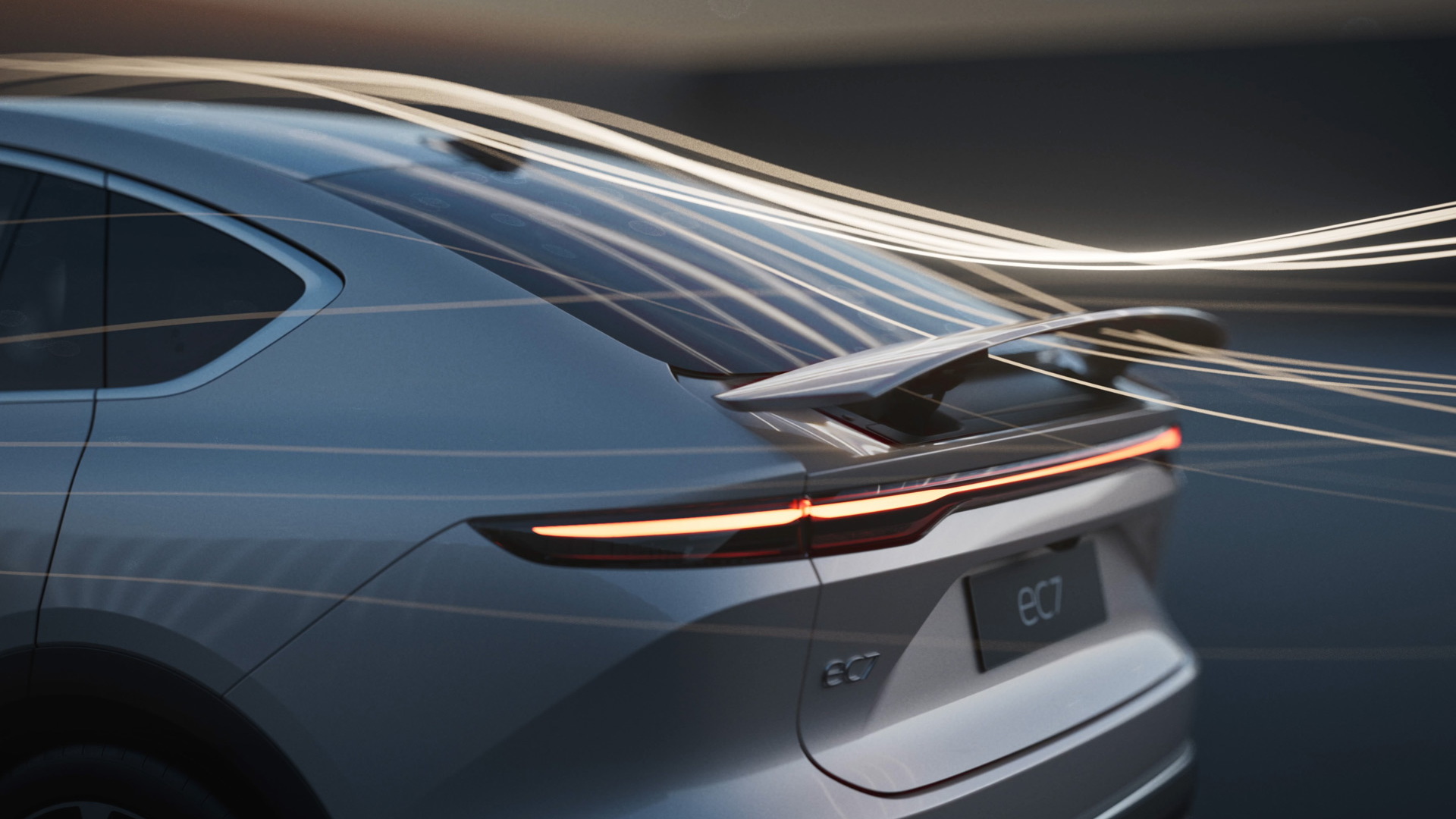 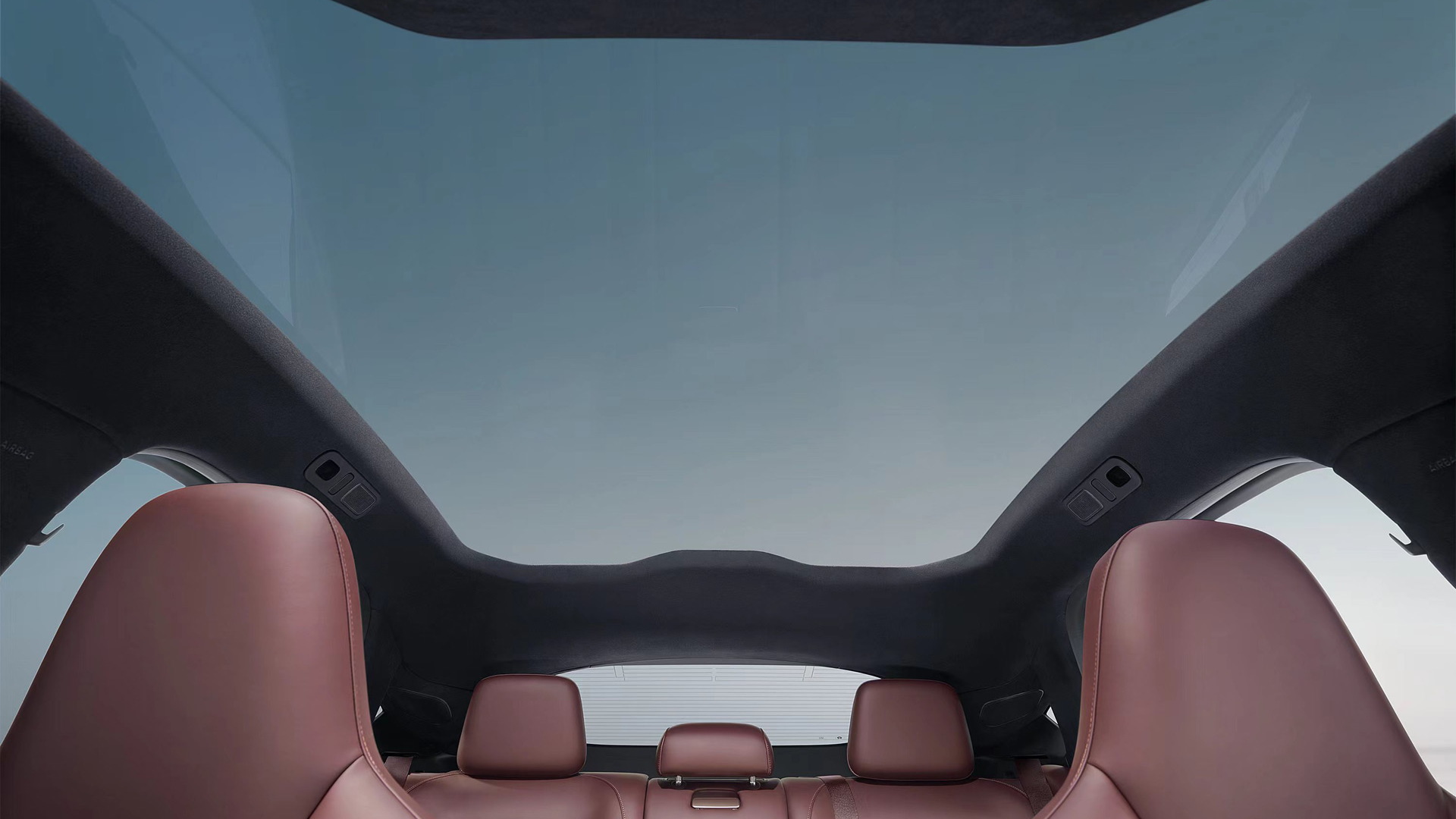 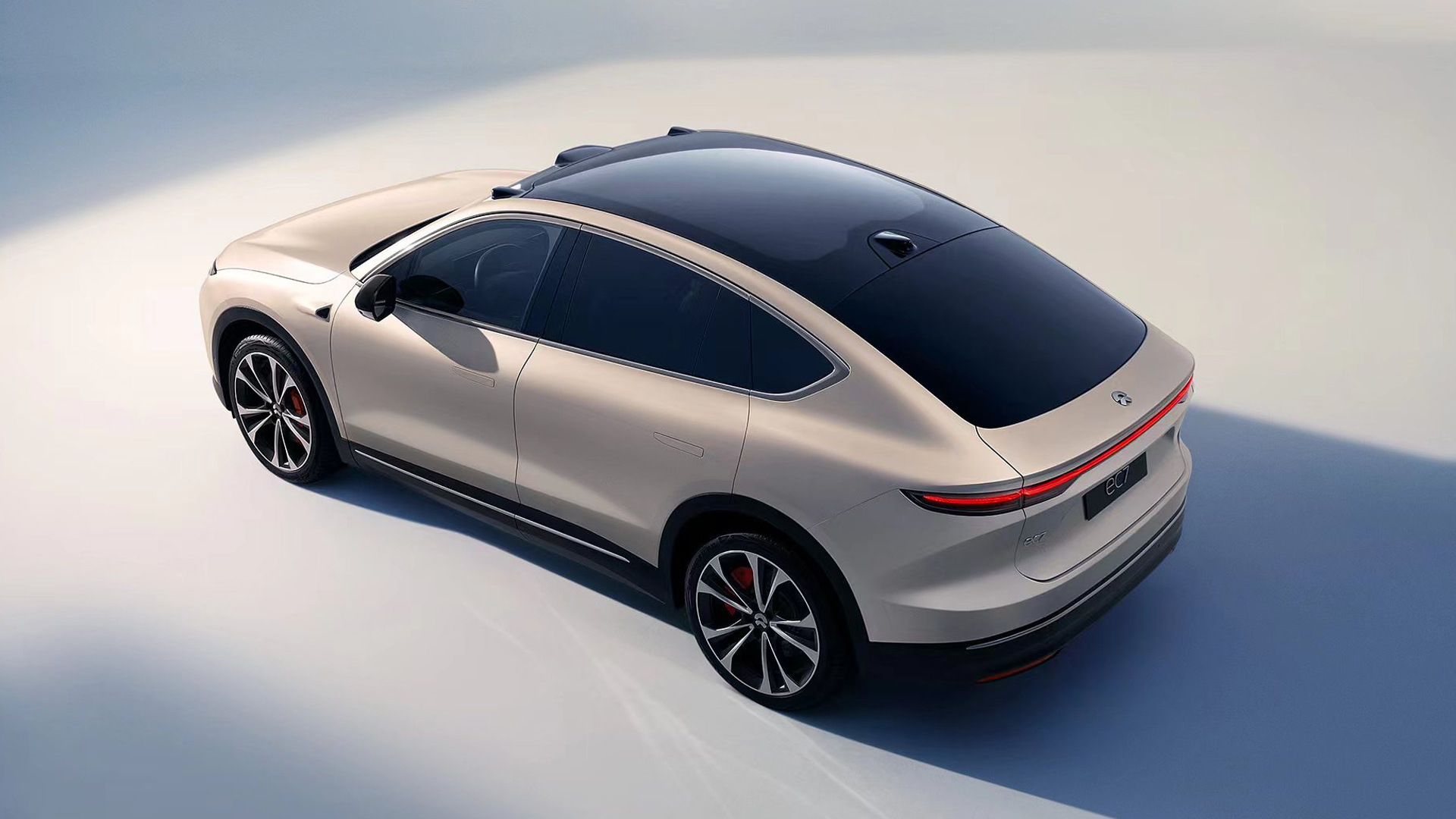 A low drag coefficient (Cd) is very important for maximizing range, leading automakers to push for more aerodynamic EVs. The Nio EC7, the Chinese automaker's new flagship SUV, is yet another example of this trend.

Unveiled at the company's recent Nio Day 2022 presentation in Heifei, China, the EC7 has a drag coefficient of 0.23, which Nio claims is the lowest ever for a production SUV—a trait that will help maximize its range. That puts the EC7 ahead of the Tesla Model X and Mercedes-Benz EQS SUV, at 0.24 and 0.26, respectively. Whether you consider Nio's "SUV coupe" an SUV or not, expect competition from the upcoming Lucid Gravity, too.

Helping the EC7 slip through the air are a coupe-like shape and a supercar-like adjustable rear wing, which can reposition itself to reduce drag or add downforce, depending on the circumstances.

While Nio didn't go into much further detail, it also highlighted the EC7's panoramic glass roof, which features electrochromic technology that allows the transparency to be adjusted through five levels, ranging from fully transparent to opaque. The 20.8-square-foot glass surface also has double-layered sound and heat insulation, Nio claims.

The EC7 was introduced alongside a redesigned version of the Nio ES8 SUV. Both models are based on Nio's second-generation vehicle architecture. Nio was widely expected to bring the first-generation ES8 to the U.S. a few years ago. At the time, it was selling for roughly half the price of a Model X in China.

Nio began trading on the NYSE after an IPO in the U.S. in 2018, but the U.S. product rollout it envisioned at that time never happened. The company has since focused on its home market, but recently expanded to Europe.

Battery swapping tech, which Nio claims can provide a fully charged battery in three minutes, has been a distinguishing feature in China, and is part of Nio's plans for Europe as well. Nio hit 1,000 battery swapping locations earlier this year, and it's partnered with Shell for the tech in Europe.

--
Ed. note: Statement on Nio's history has been edited versus originally published, to clarify that while the U.S. product rollout never happened, the IPO certainly did.