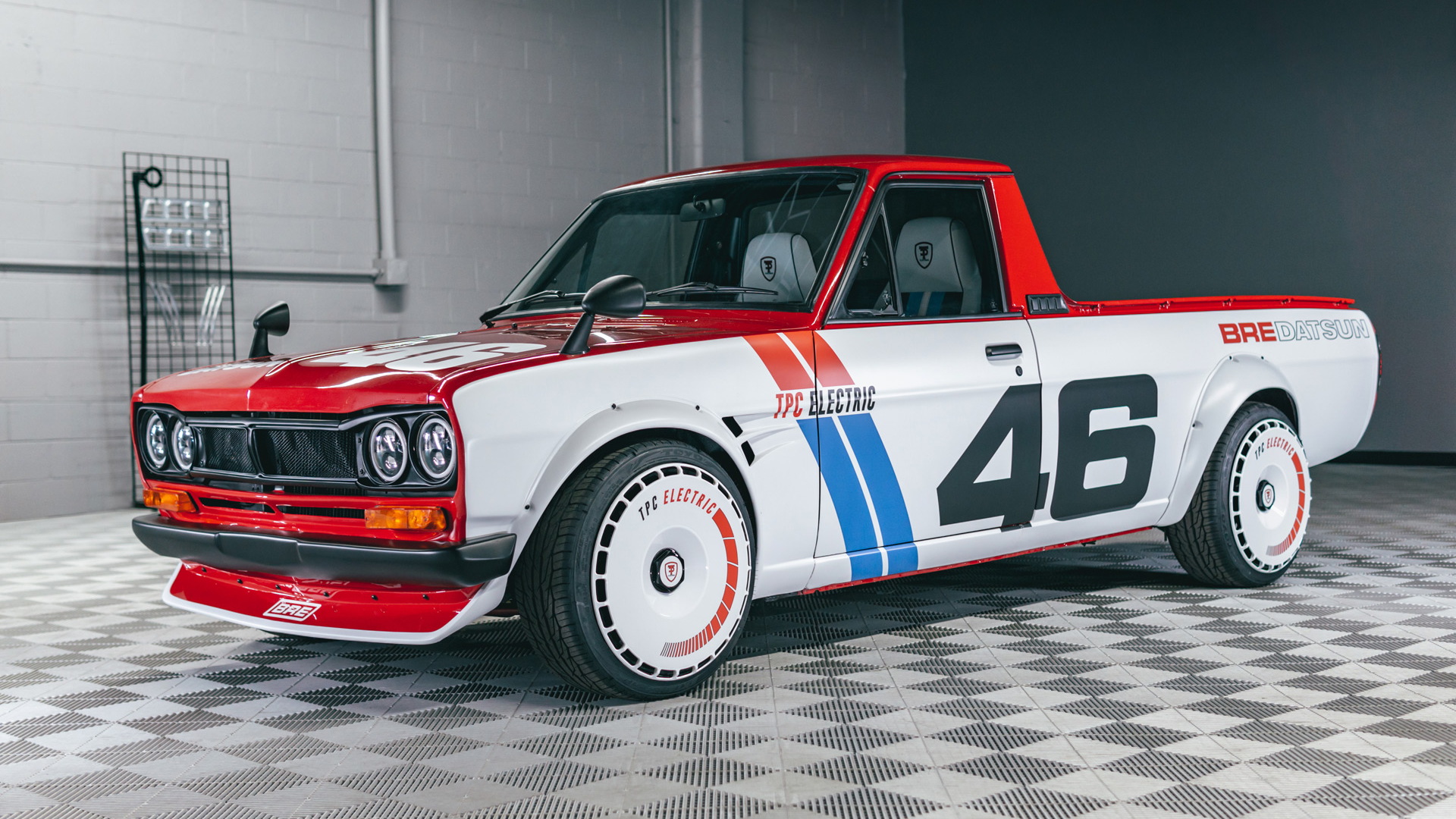 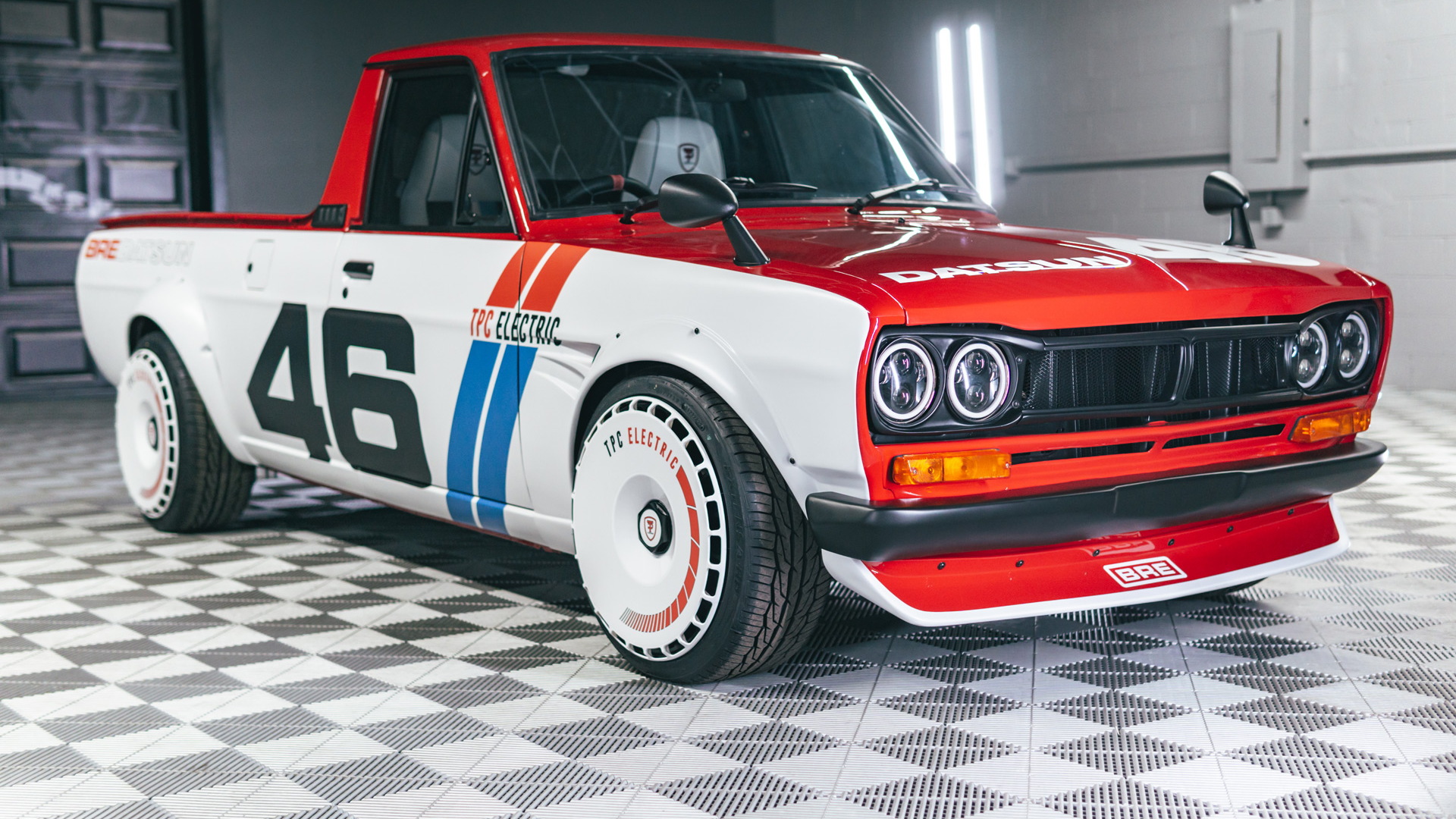 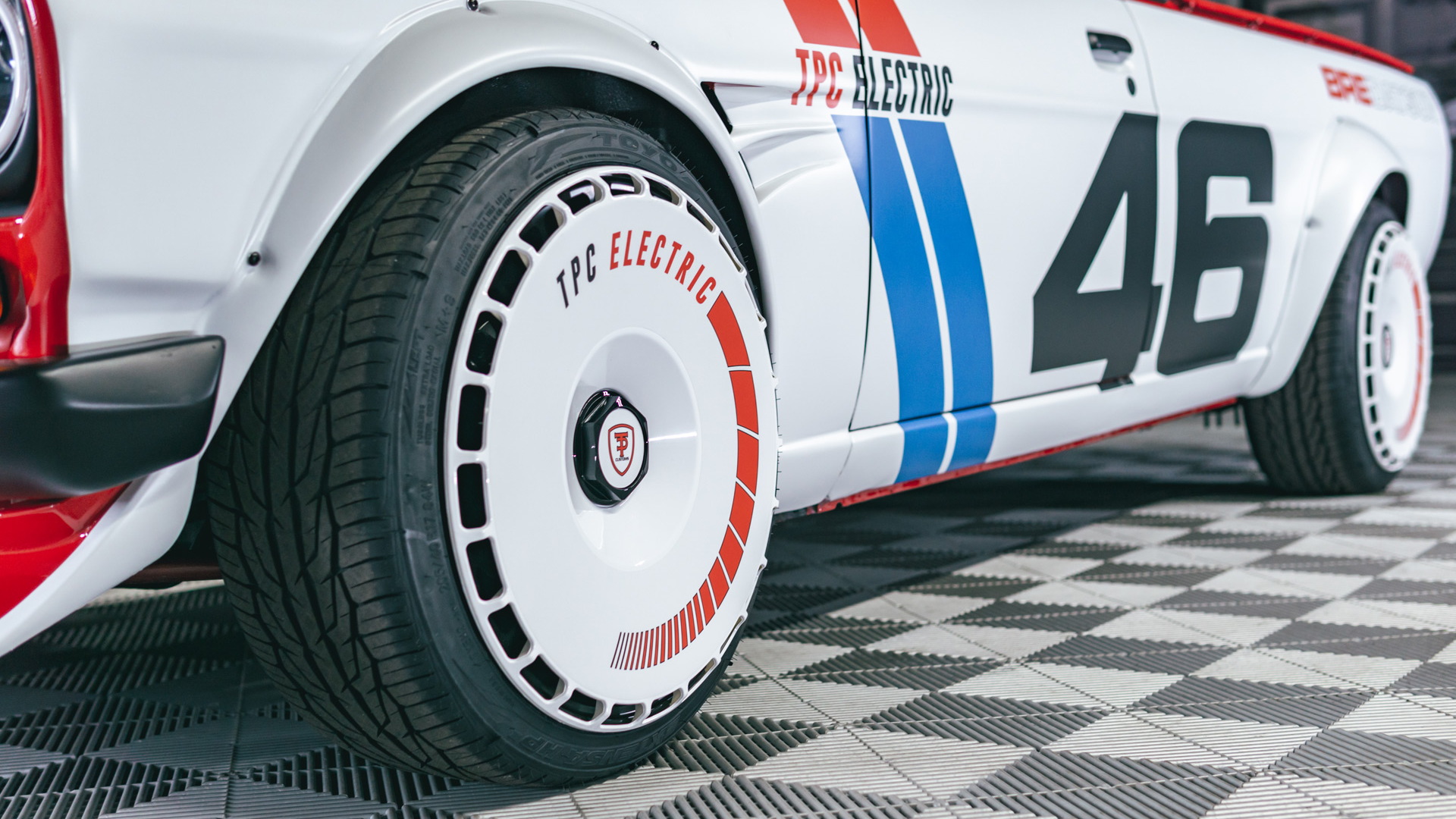 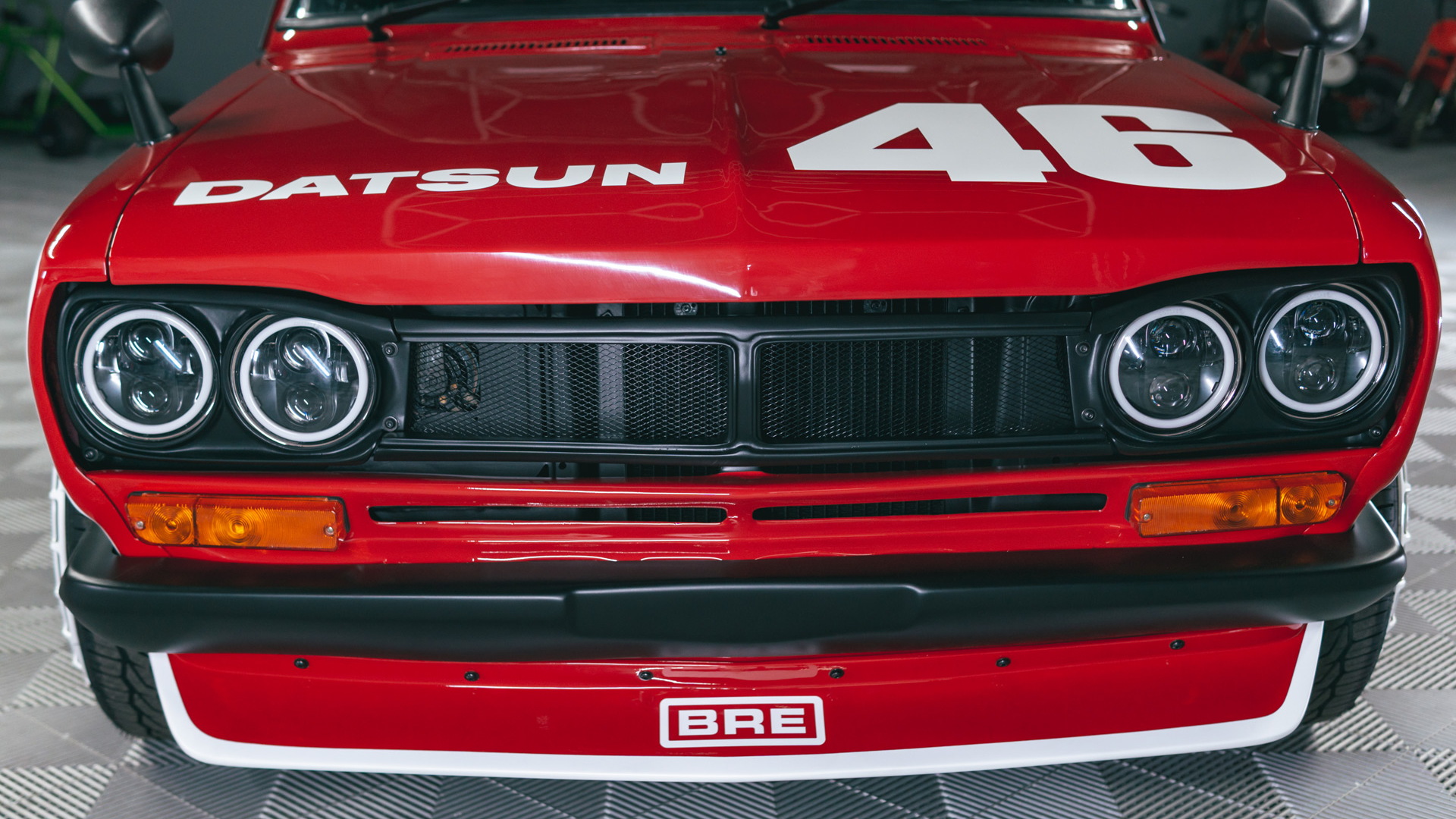 Nissan doesn't make an electric pickup truck, but a South Carolina tuner may have just created the next best thing—for Nissan itself to show.

Tommy Pike Customs (TPC) took a 1987 Nissan Sunny Truck and gave it a Nissan Leaf powertrain transplant. The completed truck will be displayed at Nissan's booth at the 2022 SEMA show, the annual automotive aftermarket trade show in Las Vegas.

The powertrain conversion includes a 40-kwh battery pack and an electric motor producing 147 hp and 236 lb-ft of torque. That gives it about twice the horsepower and more than three times the torque of the gasoline inline-4 engine the Sunny left the factory with, Nissan noted in a press release.

The motor is connected to the stock manual transmission. That's a common carryover in EV conversions, for simplicity's sake—and the driver will likely never need to shift or think about the left pedal.

The Sunny Truck was never sold in the United States, although related passenger-car body styles were sold here with Datsun 1200 badging. This truck, which retains stock right-hand drive, qualified for importation because it's comfortably past the 25-year limit that exempts vintage cars from most U.S. regulations.

In addition to the electric conversion, the rest of the truck was made over with plenty of references to Nissan's heritage. It wears a body kit inspired by the "Hakosuka" Nissan Skyline GT-R of the 1960s, with a livery based on the one used by Brock Racing Enterprises on its Datsun 240Z and Datsun 510 race cars.

Other modifications include uprated suspension, combining the setup from an S13-generation Nissan 240SX up front with heavy-duty leaf springs in the rear, plus modern 17-inch wheels and tires.

This isn't the first Leaf-based pickup. Engineers at Nissan's Arizona proving ground converted a first-generation Leaf into a first Nissan electric pickup truck to haul parts around the facility eight years ago. Combining the front end of a Leaf with the bed of a Nissan Frontier, it wasn't quite as good-looking as this effort.

While just a show vehicle, the electric Sunny Truck hints at some interesting possibilities. Reports that Nissan is considering a compact electric pickup have been circulating since last year, when such a vehicle was potentially previewed by the Max-Out concept, one of several concepts teasing Nissan's goal of 15 EVs by 2030, globally. Meanwhile, a potential electric-truck-focused partnership between Nissan and Detroit EV startup Hercules never appeared to go anywhere.

Any Nissan electric truck would be likely built in the U.S. At present, Nissan and its Infiniti luxury division plan U.S.-built EVs at Canton, Mississippi, starting in 2025. To date, Nissan has assembled U.S.-market Leaf hatchbacks in Tennessee; the Mississippi factory currently builds the gasoline Frontier and Titan pickups, as well as the Altima sedan.