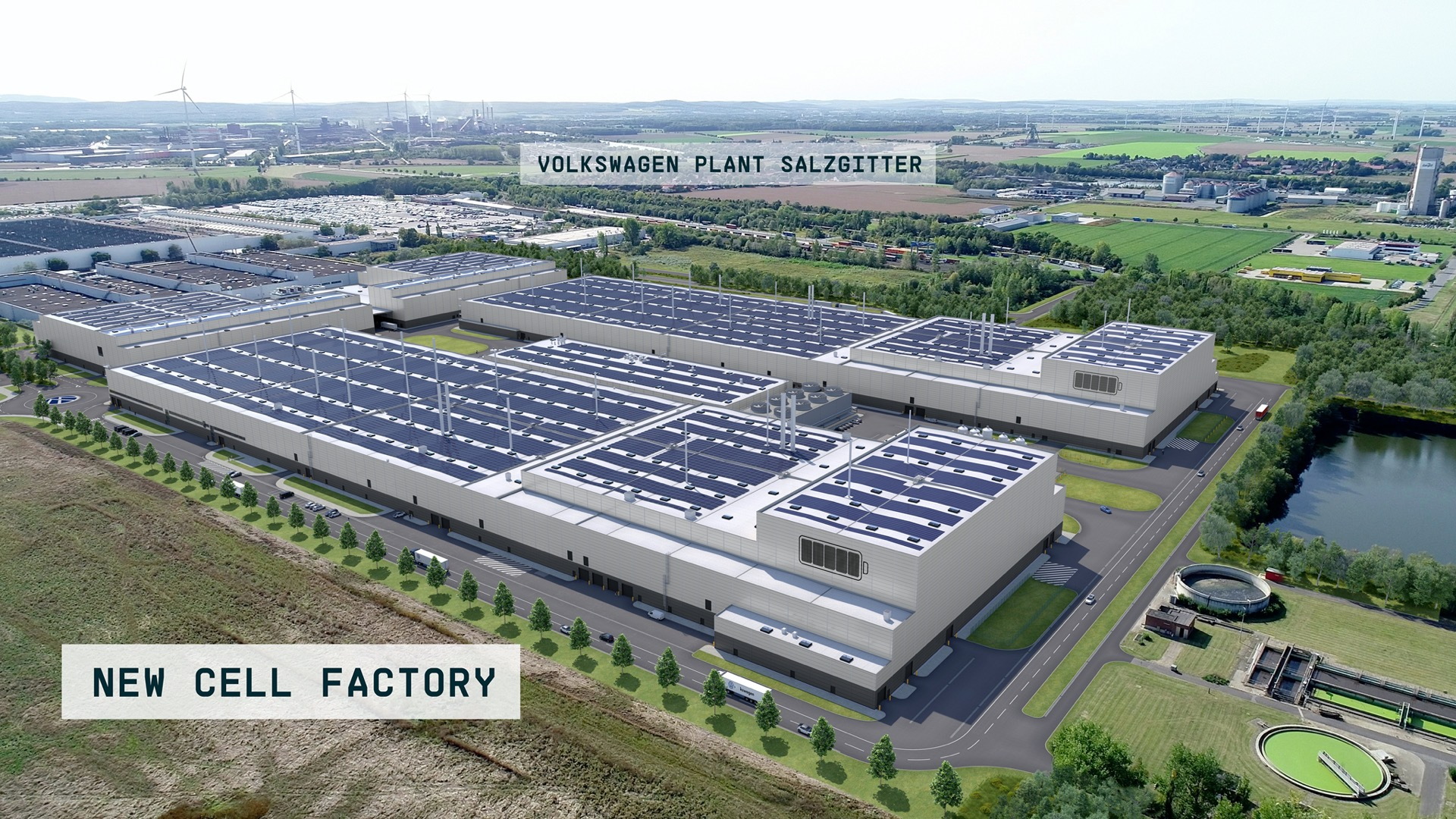 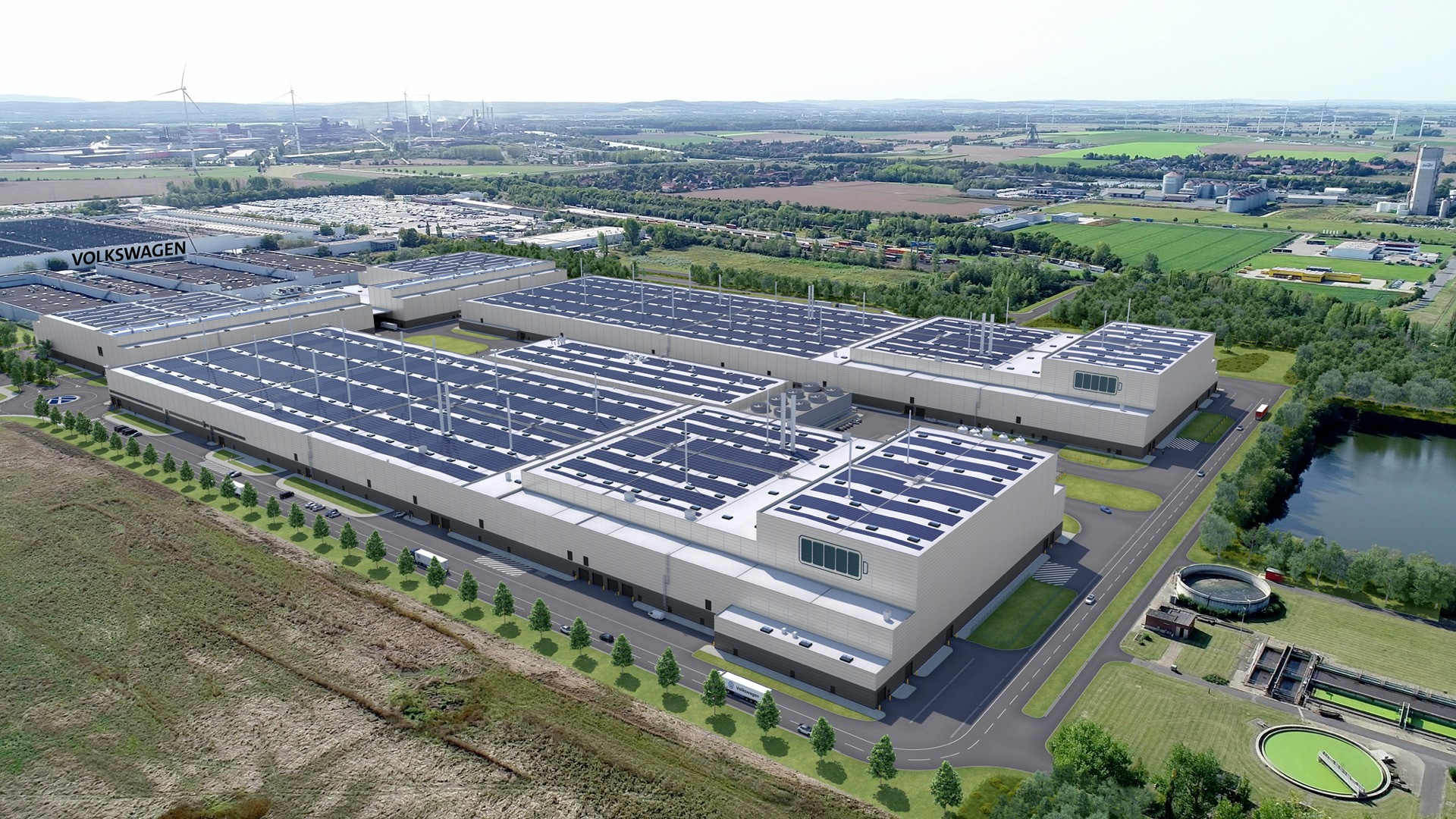 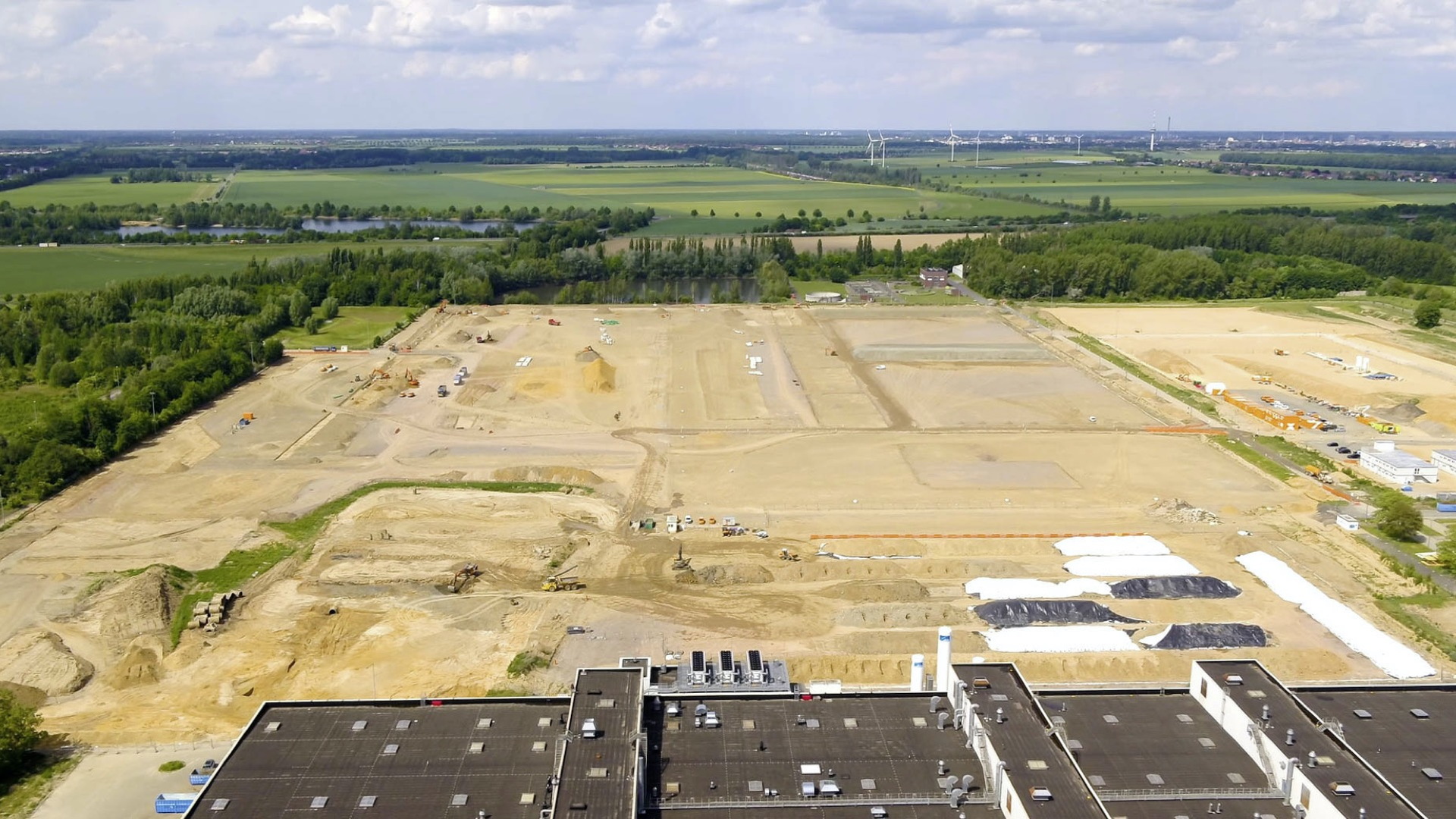 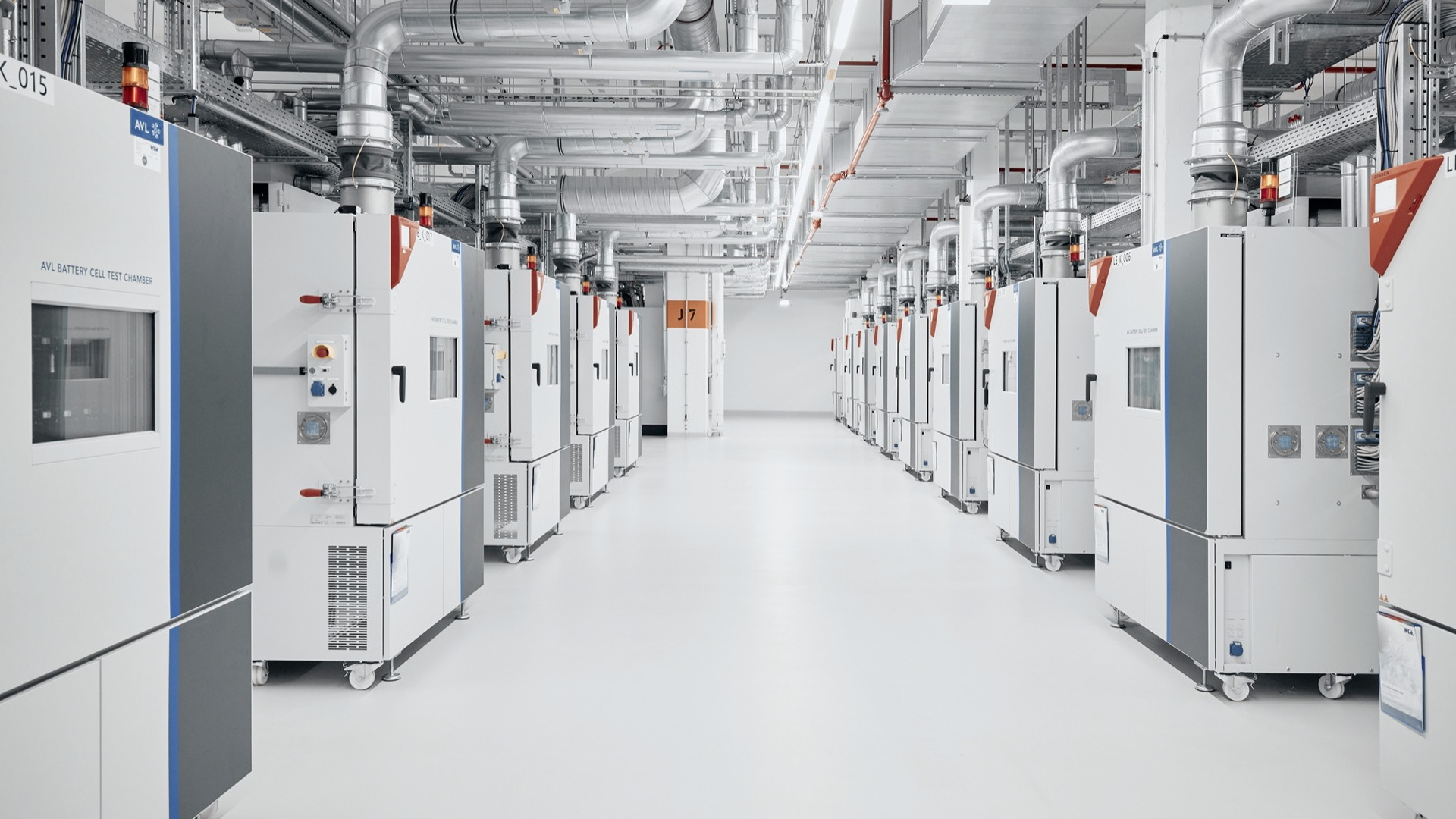 Volkswagen officially broke ground Thursday on what it’s nicknaming SalzGiga—VW’s battery factory at Salzgitter, Germany, that will serve as a hub for global battery activities and vertical integration of the battery supply chain.

With that, VW also formalized the name of the separate startup, called PowerCo, that will set up and oversee these factories.

Salzgitter will be a blueprint and starting point for what VW terms a “global battery offensive,” including six cell factories in Europe plus “the prospect of further factories in North America in the near future.”

This facility alone will support more than 20,000 “future-proof” jobs, according to VW, and will be supported by a supplier park. Salzgitter will ramp up to 40 GWh of capacity—enough for about 500,000 EVs—while PowerCo’s plan for Europe includes six additional factories and a total capacity of 240 GWh by 2030.

SalzGiga will produce VW’s new prismatic unified cell format—revealed at VW Power Day in March 2021—that will eventually be installed in 80% of the EVs from the VW Group by the end of the decade. It will be used starting in 2025. With the Power Day announcement, VW pivoted to viewing battery cells rather than the pack itself as a core competency, aiming for a Cell2Pack strategy in which cells are placed directly in the pack instead of being grouped into modules.

Part of VW’s aim with PowerCo is to reduce battery costs by up to 50%. To get there, PowerCo will invest more than $20.4 billion (20 billion euros), with long-term aims to achieve more than that amount in annual sales.

The new cell format, which is headed into Volkswagen’s next-generation Scalable Systems Platform (SSP) for electric vehicles, will be deployed across VW Group's brands, and is scheduled to debut in a model due to launch in 2026. The cell will be made with “green" electricity, VW says, and the focused facilities and standardized format will help achieve a recycling rate of more than 90% as part of the raw materials cycle. All factories will be equipped with the same standardized equipment.

Officials called PowerCo one of the most important startups in the history of Germany. Volkswagen may have big plans to accelerate past Tesla to become the world’s number one maker of electric vehicles, but to be competitive it needs to bring cell production to its home turf. As CEO Herbert Diess underscored, all the recent supply-chain issues have placed urgency on the need for the company, and Germany, to reduce dependence on Asia, not just for cells but for raw materials as well.

The factory is being built next to a facility that until recently built engines. According to VW, 1,000 employees have already been trained for new activities surrounding batteries. Salzgitter has been the site of a pilot line for battery cell manufacturing and cell-making expertise since 2019.

Germany and the EU understand the importance of keeping the supply chain within. In addition to the European Battery Alliance established by the European Commission in 2017, a European Battery Union launched in 2019 aims to conduct joint research and help consolidate raw materials and recycling, while focusing on German auto prowess.

That said, the push to ramp up the battery supply chain in all aspects can't come soon enough. In 2017, VW’s chief of research and development anticipated that the equivalent of 40 Tesla gigafactories might be needed to feed the entire industry by 2025, and to stave off a shortage of batteries to meet the volumes VW then anticipated.

Now that VW has at least one gigafactory of its own planned for that timeframe, PowerCo will effectively shoulder VW’s ambition and determine how quickly it can build its power base.