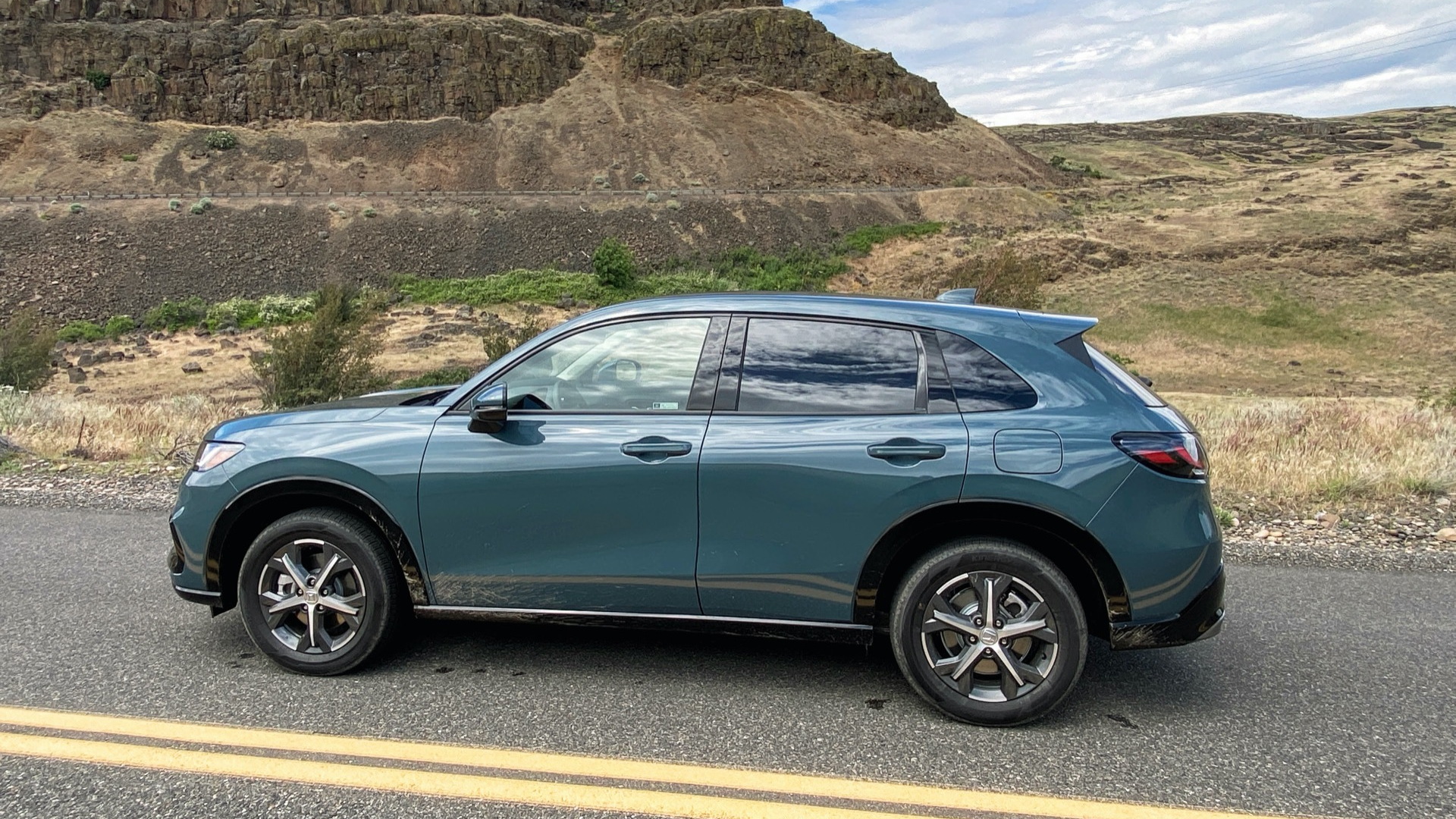 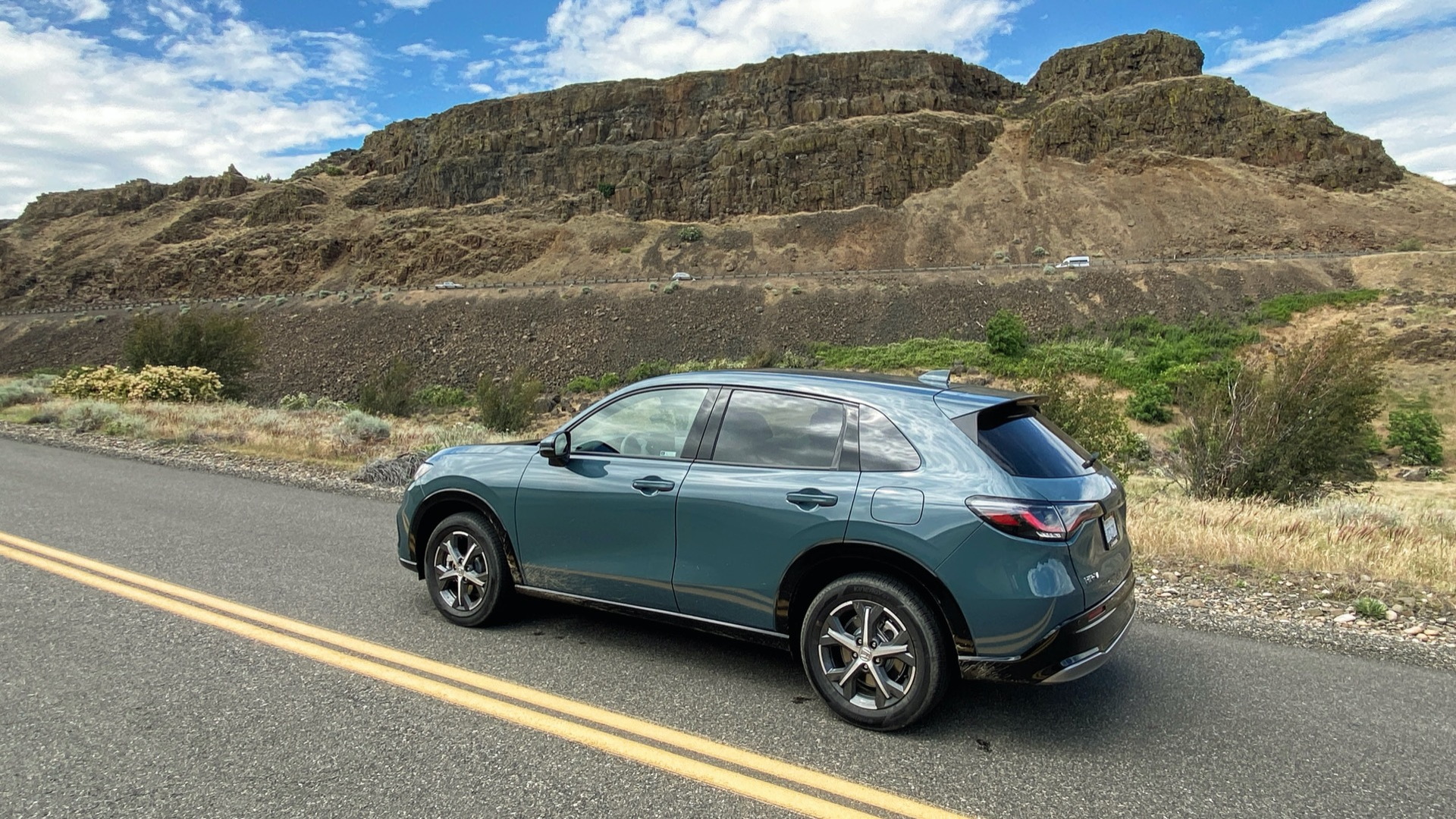 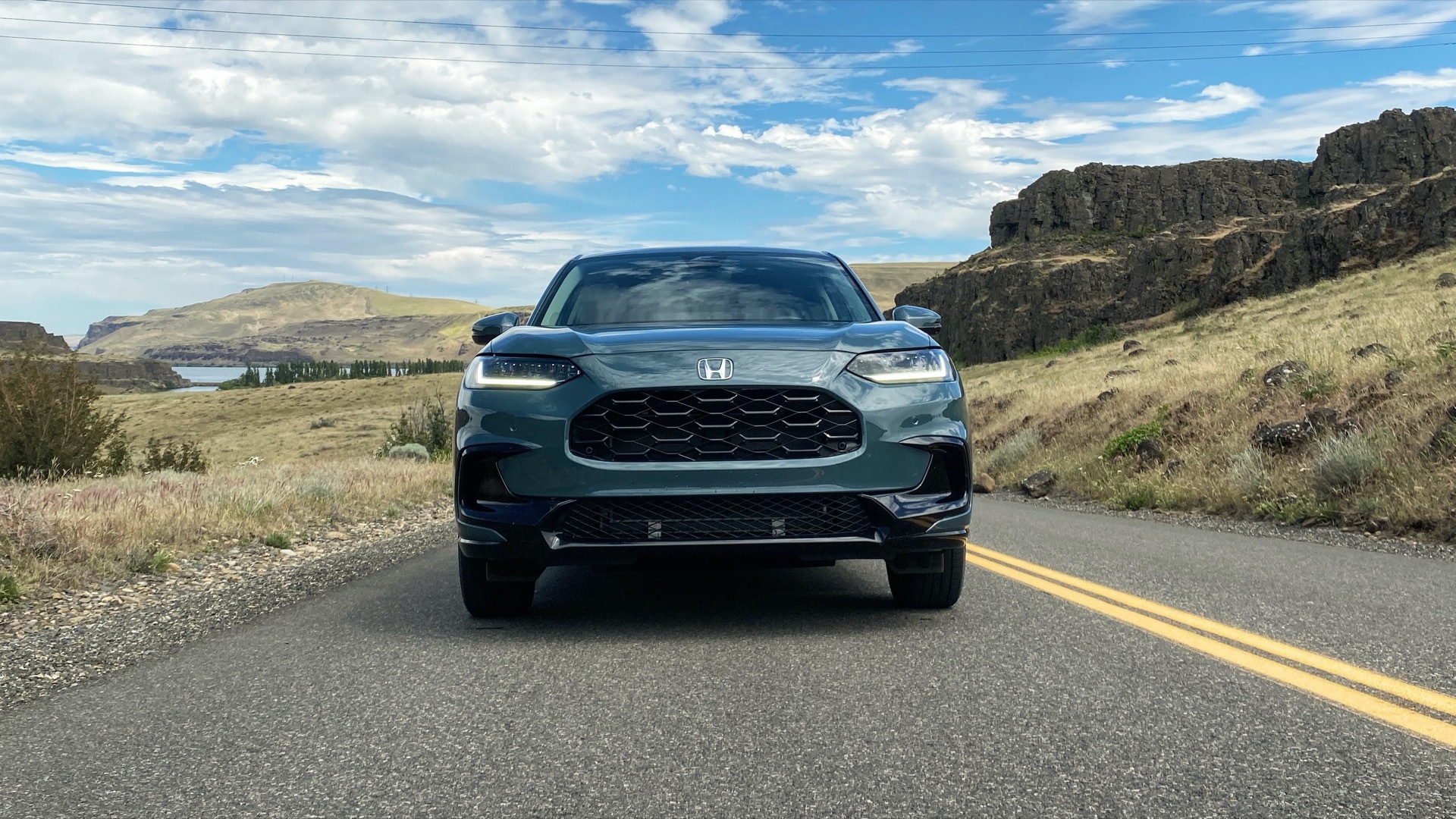 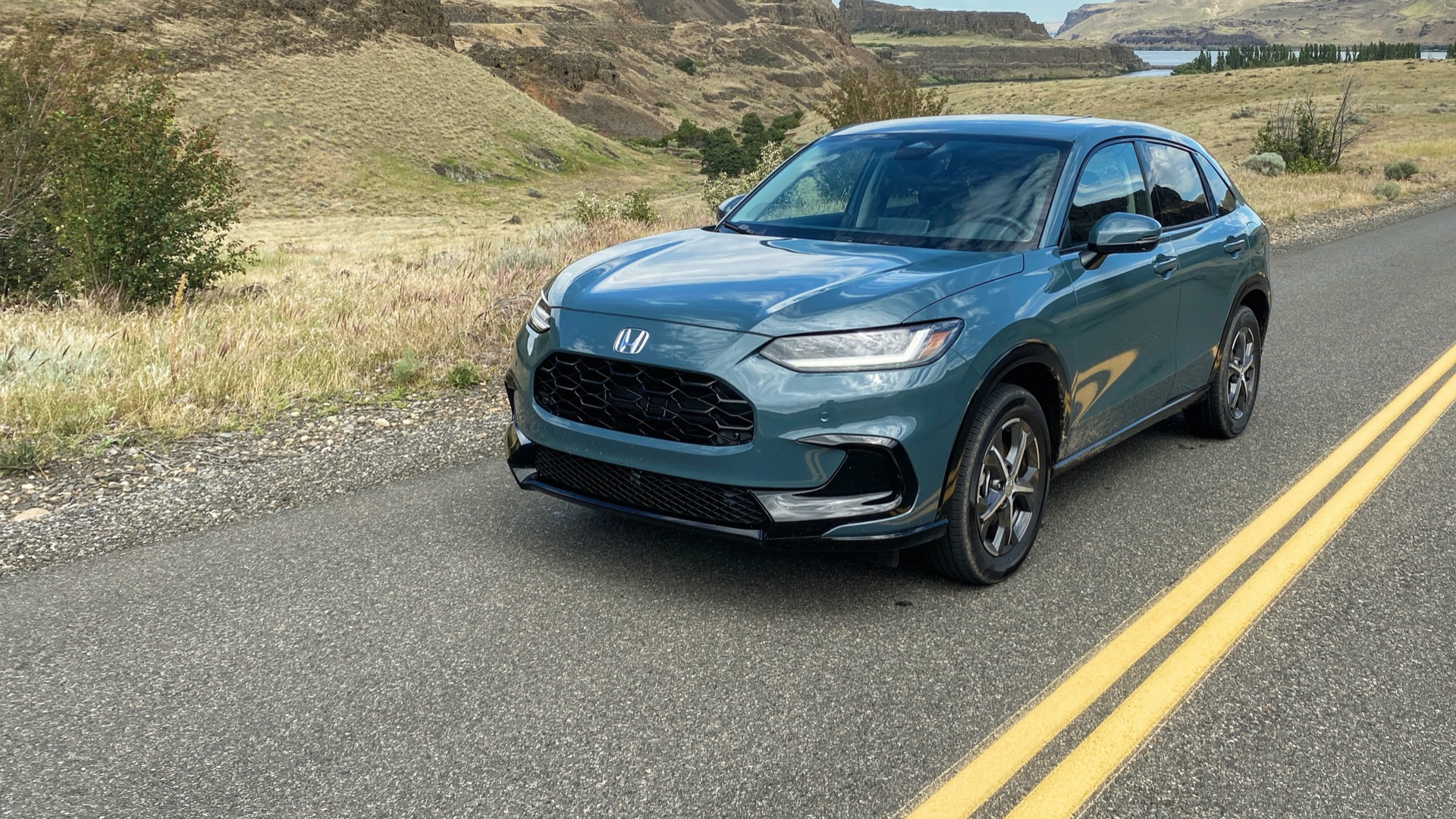 In this era of $6.00-a-gallon gasoline, driving the 2023 Honda HR-V last week brought some conflicting feelings about where automakers think the priorities are for budget-strapped mass-market shoppers.

As I report today in a full review of the HR-V over at The Car Connection, Honda has a very good vehicle—just one that, at 27 mpg combined with all-wheel drive, isn't fuel-efficient for its size, by today's standards.

Whether versus the bigger 2022 Honda CR-V or the outgoing 2022 Honda HR-V, the 2023 HR-V backslides in fuel economy—by 2 mpg across the lineup, versus either model. And that's if you try to ignore the excellent 38-mpg CR-V Hybrid.

There's so much to love. It’s right-sized, refined, and well-equipped inside, with the best seating comfort in its class. It has available all-wheel drive, and it rides and handles better than most models you might possibly compare it to. It just has the wrong powertrain.

First off, it hits the spot in today’s market, slipping into a “lost segment” that was occupied by compact SUVs like the CR-V (pre-2017) before the latest round of “segment creep” set in and they all grew larger.

That means the HR-V grows, too—by about nine inches in length versus the previous subcompact model. The Magic Seat configuration offered by the outgoing HR-V, which allowed you to easily fit your big dog or tall potted plant, is gone, in favor of a cabin that epitomizes why people have been shifting to crossovers in recent years.

With the forthcoming 2023 Honda CR-V due to size up a half step again, the size of the HR-V is perfectly adequate—and not too big. Seating pulls off its own magic. With smart door cuts and a tall roofline, those well over six feet tall can seat behind each other; four adults will fit comfortably. Even the driving position gets it right: You sit a little higher than in a car, but you don't sit ridiculously high—in the car, not on it like some SUVs. And I appreciate the subtle styling nods to the Honda E, built into the round of the hatchback.

Its price is a steal. In this time of inflationary price increases and supply-chain surcharges, it starts at less than $25,000, ranging to just over $30,000 for the fully equipped EX-L version that includes a moonroof, automatic climate control, leather upholstery, a larger infotainment screen, and wireless smartphone compatibility.

From what I saw in an all-wheel-drive example, the HR-V beats its EPA ratings in the real world by a little bit. On a 200-mile touring route in varied terrain, mostly at 45-65 mph but with a brief run past 70 mph, I saw very close to 30 mpg.

It might be more forgivable if the HR-V were providing frisky, inspiring performance with that, but it’s not. The 2.0-liter inline-4 makes 158 hp and 138 lb-ft of torque, and sings sweetly, but it struggles back and forth with the CVT. A Sport mode helps, but as they say, your mileage may vary.

This would all be so much better with Honda’s hybrid system—both in drivability and in efficiency. In a form factor more likely to be part of the daily stop-and-go, especially a vehicle this heavy, not taking advantage of electrification would be a lost opportunity.

It seems Honda may be teasing the rest of the world with this idea much sooner. While the rest of the world gets a different HR-V, which is a hybrid, America's new HR-V is called the ZR-V globally. And perplexingly, Honda has revealed a ZR-V for Europe, confirming that in that market it will be a hybrid-only model.

As Honda explained it, they needed to give the HR-V a more upscale look, while also keeping to a budget, noting that the outgoing HR-V spans quite a range and has been popular with “mature buyers looking for something sensible.” With Europeans willing to pay more for items like tech and premium powertrain options, Honda hinted that we might not see this for the U.S.—at least not right away.

The brand does have big plans for its hybrid system; it plans to increase hybrid sales to more than 50% of the sales volume with both the next-generation CR-V and Accord models.

Honda declined to comment as to whether there’s an HR-V Hybrid in the works for the U.S., but it would be where all the product magic I drove would all click. If a front-wheel-drive version were to achieve 40 mpg instead of 27 or 28, it would not just be better driving but it would save many hundreds of dollars a year in gas receipts—a few thousand dollars of upsell for the hybrid that would pay back very quickly to customers.

On a fleet basis, Honda has been producing a set of vehicles with the highest fuel economy and lowest CO2 emissions, collectively, of any full-line automaker, according to the EPA's annual assessments. But in this class, it's shaping up to be among the worst for efficiency.

The Toyota Corolla Cross Hybrid, which follows a taller, more SUV-like shape, is due to achieve 37 mpg combined, Toyota says, and that's going to be a volume model, likely to land around $30,000.

If Honda did offer an HR-V Hybrid, it would be better than that—and might be one of the best models on the market for small families who need the versatility of a crossover, want to watch their fuel budget, and can’t plug in.

Until then, take a long look at the numbers on the window sticker.