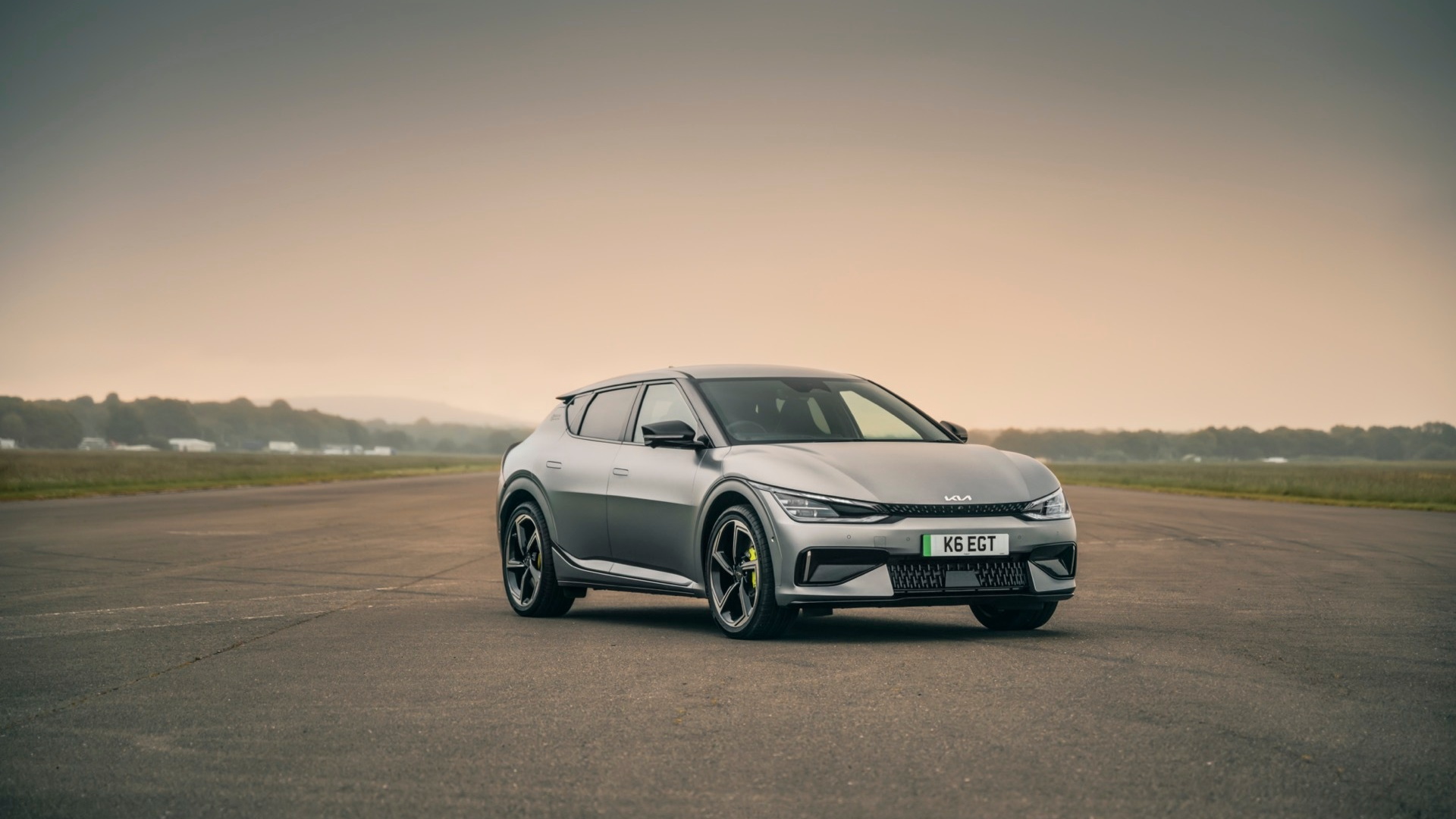 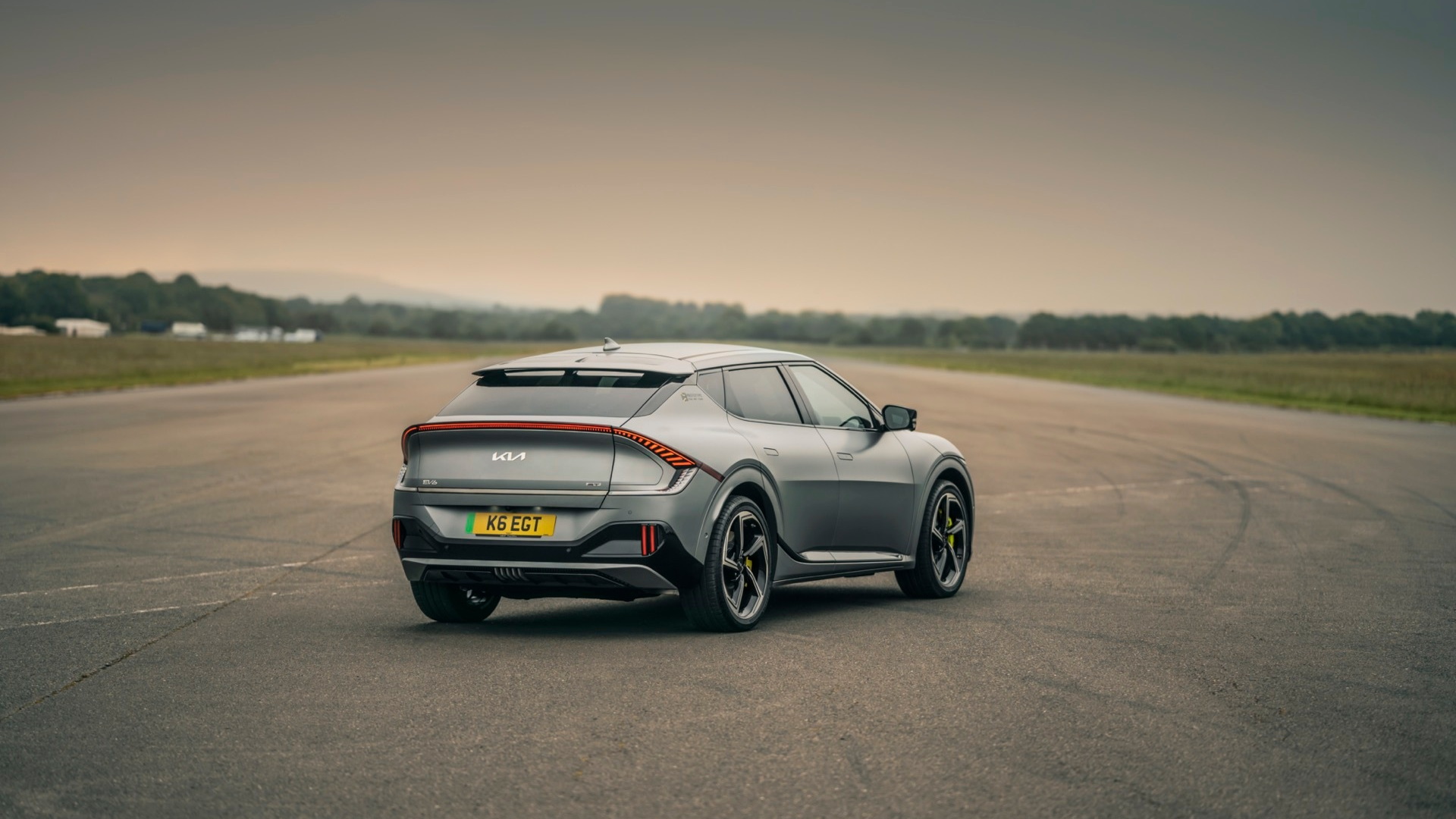 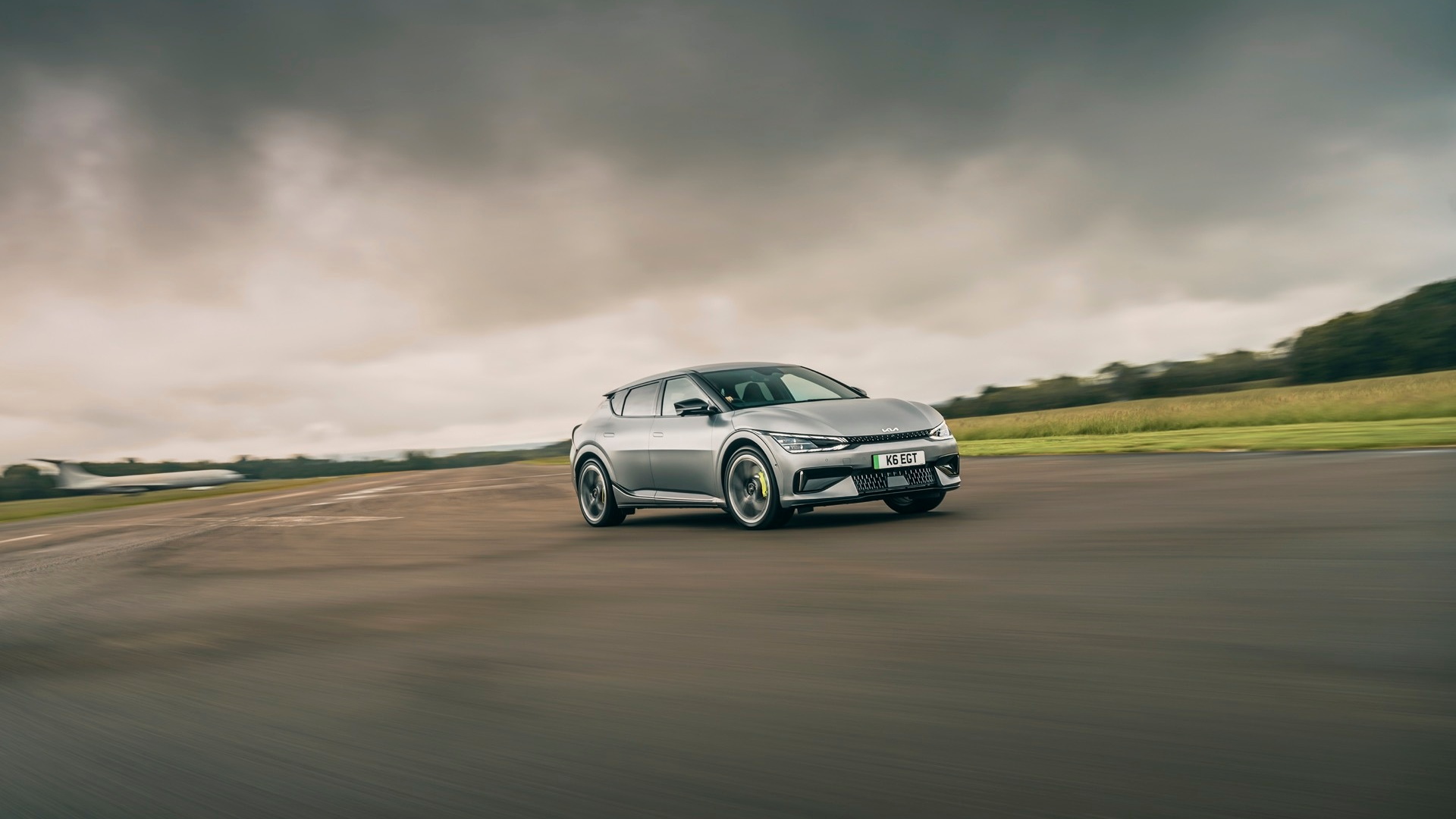 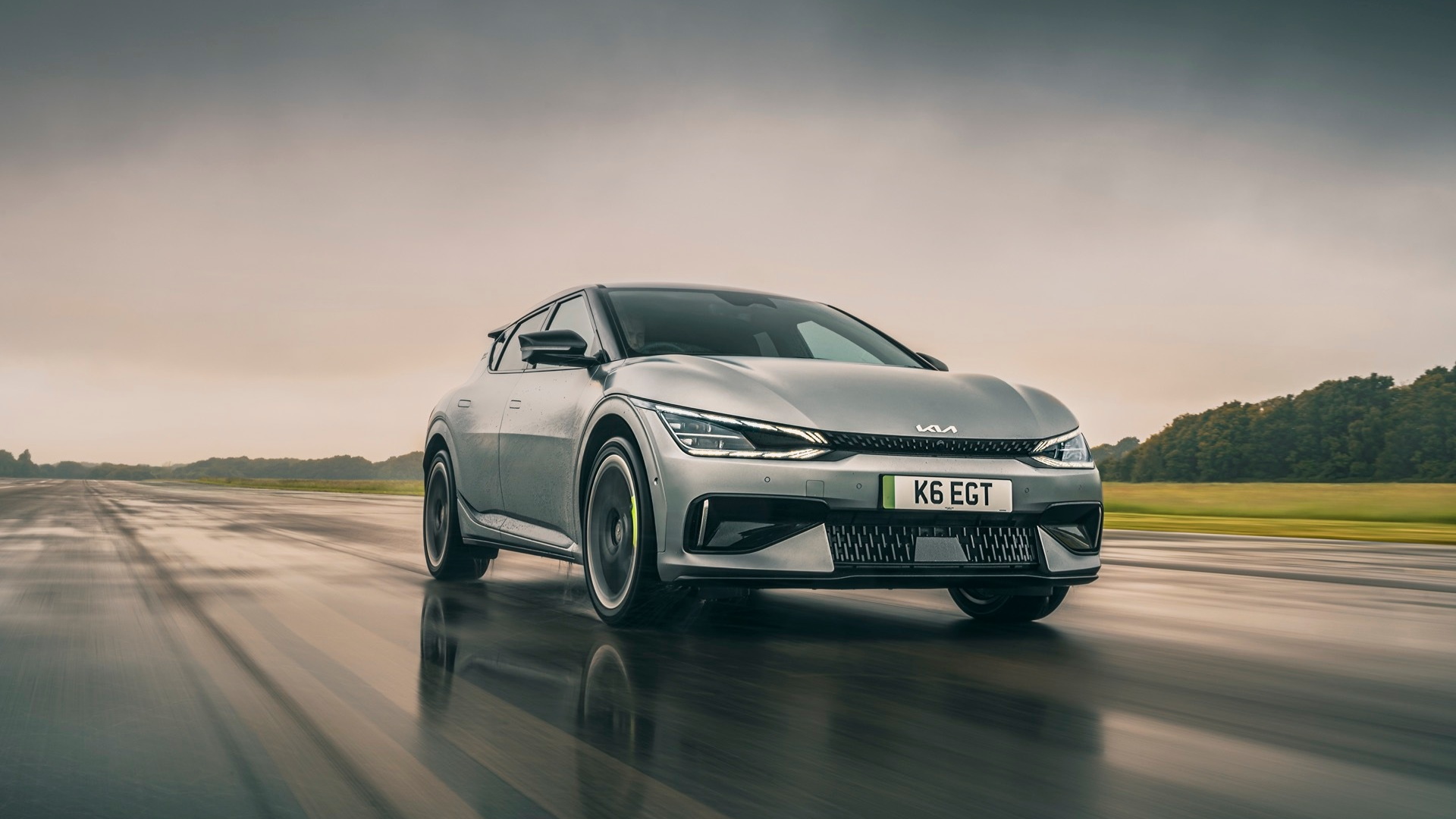 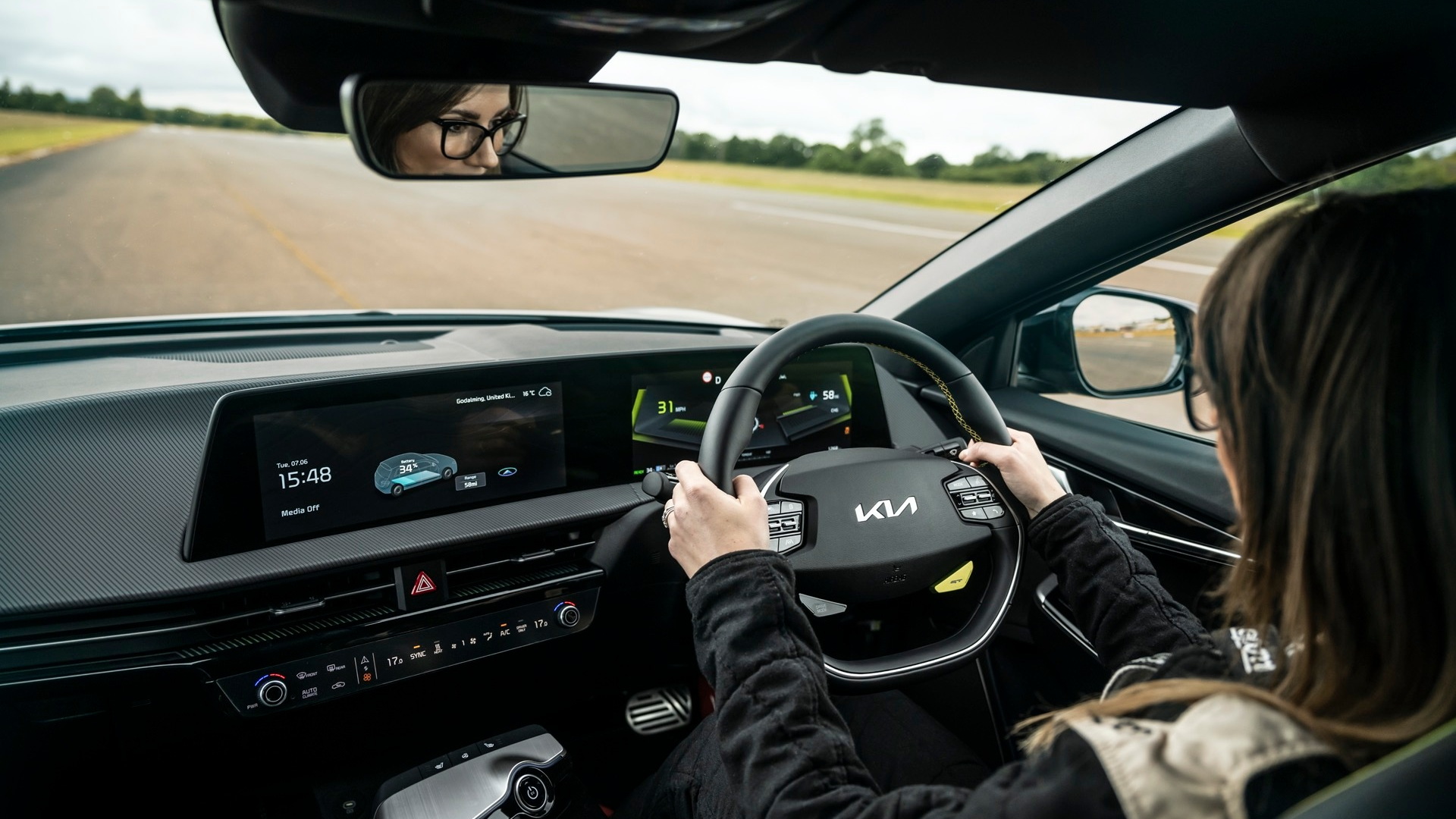 Kia has revealed that the UK’s Goodwood Festival of Speed will be the first place its EV6 GT will be seen in motion.

Not to be confused with the 2022 Kia EV6 GT-Line, the EV6 GT is the top-performance version of the EV6, and it’s due to deliver 576 hp from a higher-output propulsion system, amounting to a 0-60 mph time of less than 3.5 seconds. The model will also include a GT-Mode performance configuration, plus an electronic limited-slip differential.

With that, the EV6 GT should be a strong rival for the Ford Mustang Mach-E GT, as well as the Tesla Model Y Performance—even better if it manages to pull off its performance without a big dent to the EV6’s EPA range rating, which currently stands at 274 miles for dual-motor AWD models. It’s expected to carry over the same 77.4-kwh battery pack. 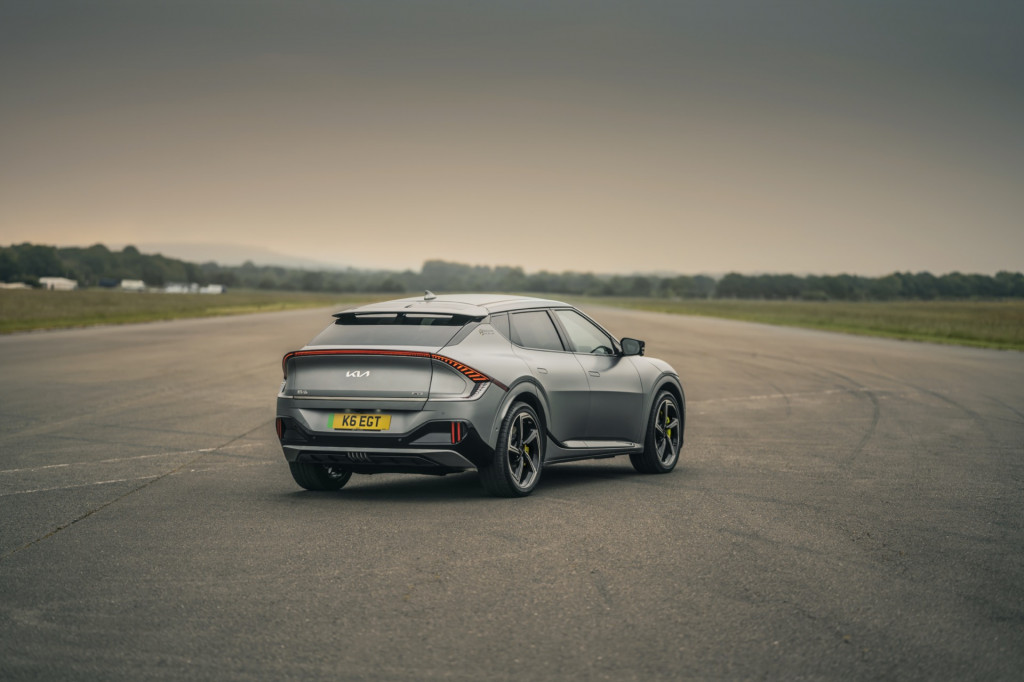 In real-world driving, we’ve been impressed by the EV6’s ability to return well over 200 miles of range in either of its versions—although we suspect that AWD versions might even do better in some damp and chilly conditions due to their inclusion of a heat pump. Kia hasn’t yet detailed tech specs for the GT, so we’re not sure if that’s part of the package.

Goodwood is a vintage-racing mainstay and partly serves as a celebration of the evolution of motorsports, while in recent years some exhibits have looked ahead to the future. The EV6 will be shown throughout the weekend as part of an Electric Avenue display—and with pro rally driver Jade Paveley at the wheel. 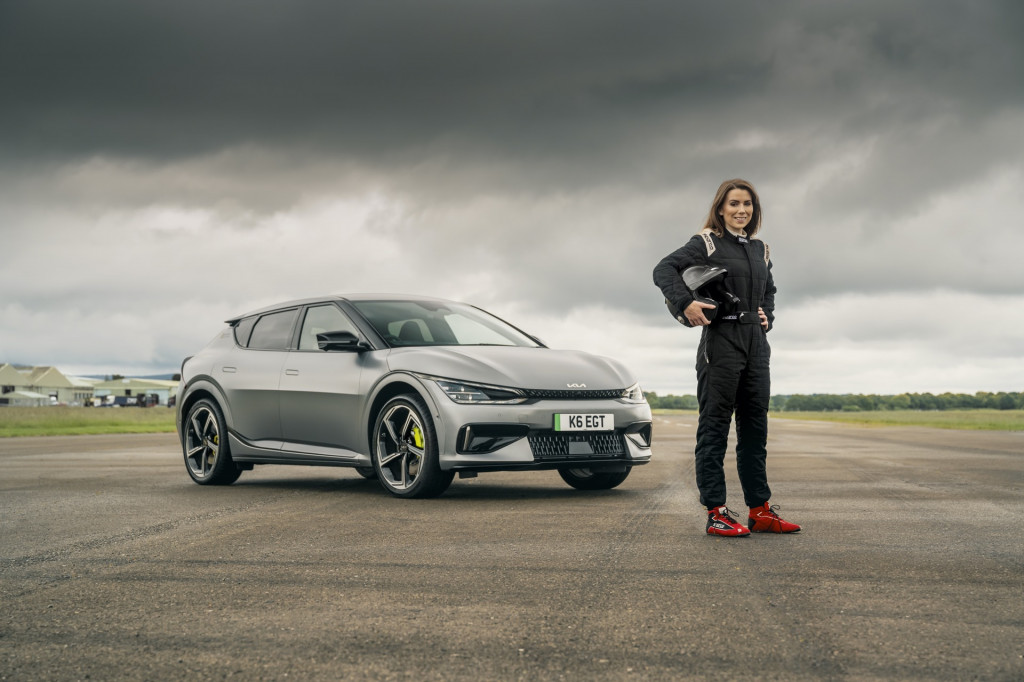 It's not the only EV that will be making a debut at Goodwood. Polestar earlier this week announced that its Polestar 5 flagship will also make an in-motion debut at the event.

Pricing and positioning of the EV6 GT for the U.S. hasn’t yet been confirmed, but it is expected later this year. The current U.S. lineup for the EV6 includes a base $42,195 Light version (single-motor rear-wheel-drive only), while the mid-level Wind and top-trim GT-Line are offered in a choice of single-motor or dual-motor (all-wheel-drive) versions. The GT-Line AWD maxes out the lineup at $57,195, with options limited to things like a tow hitch and cargo accessories.