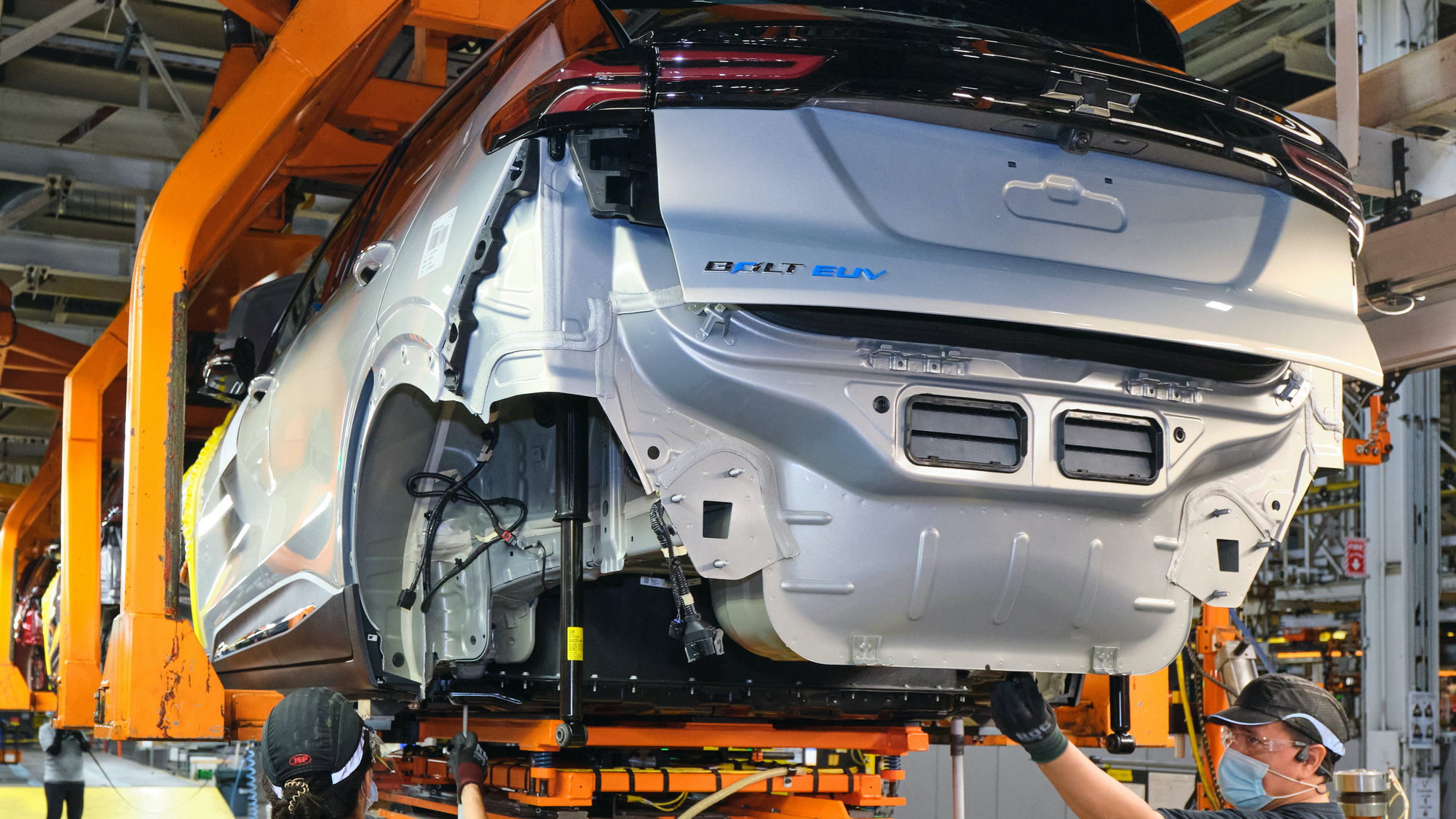 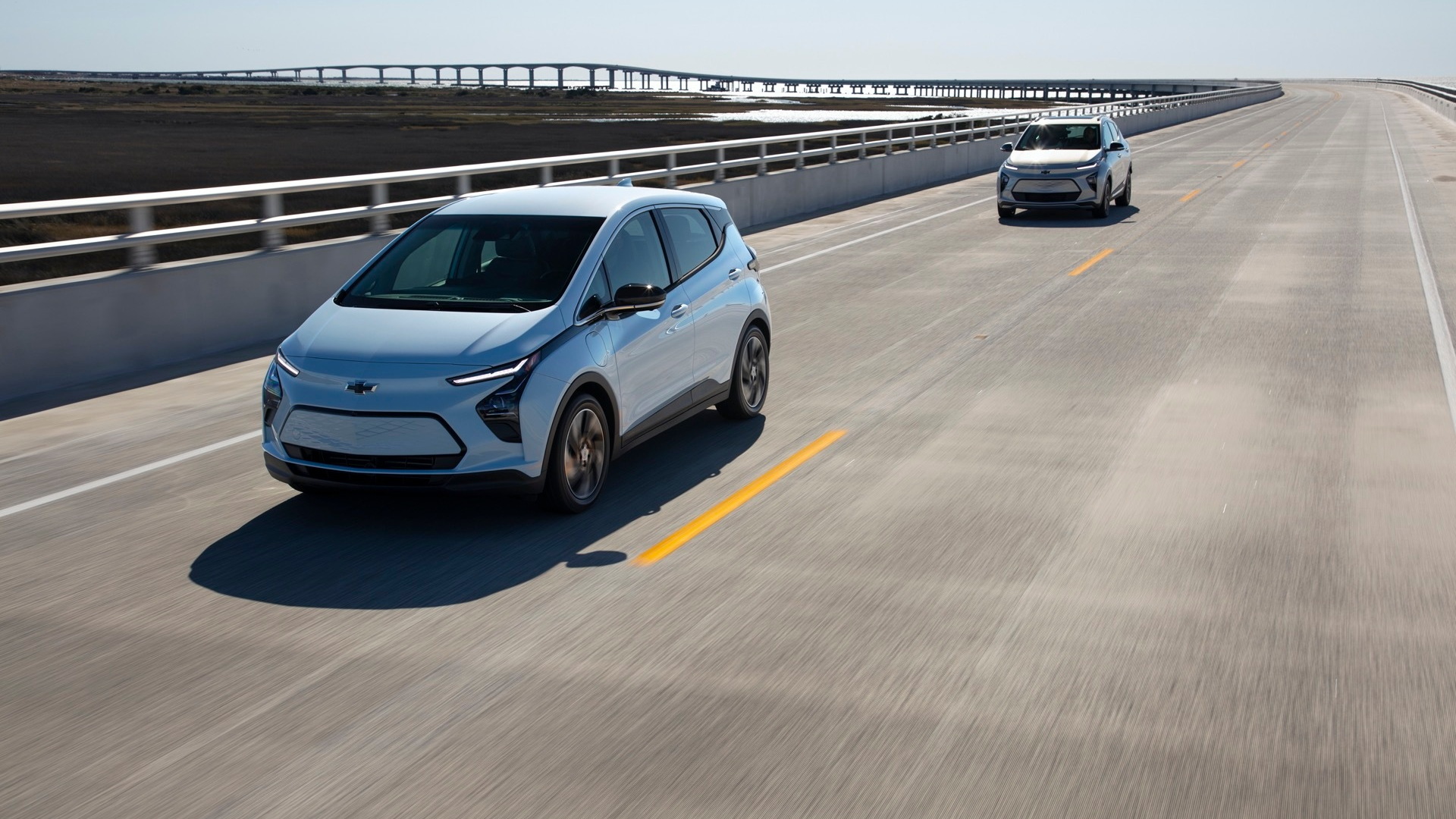 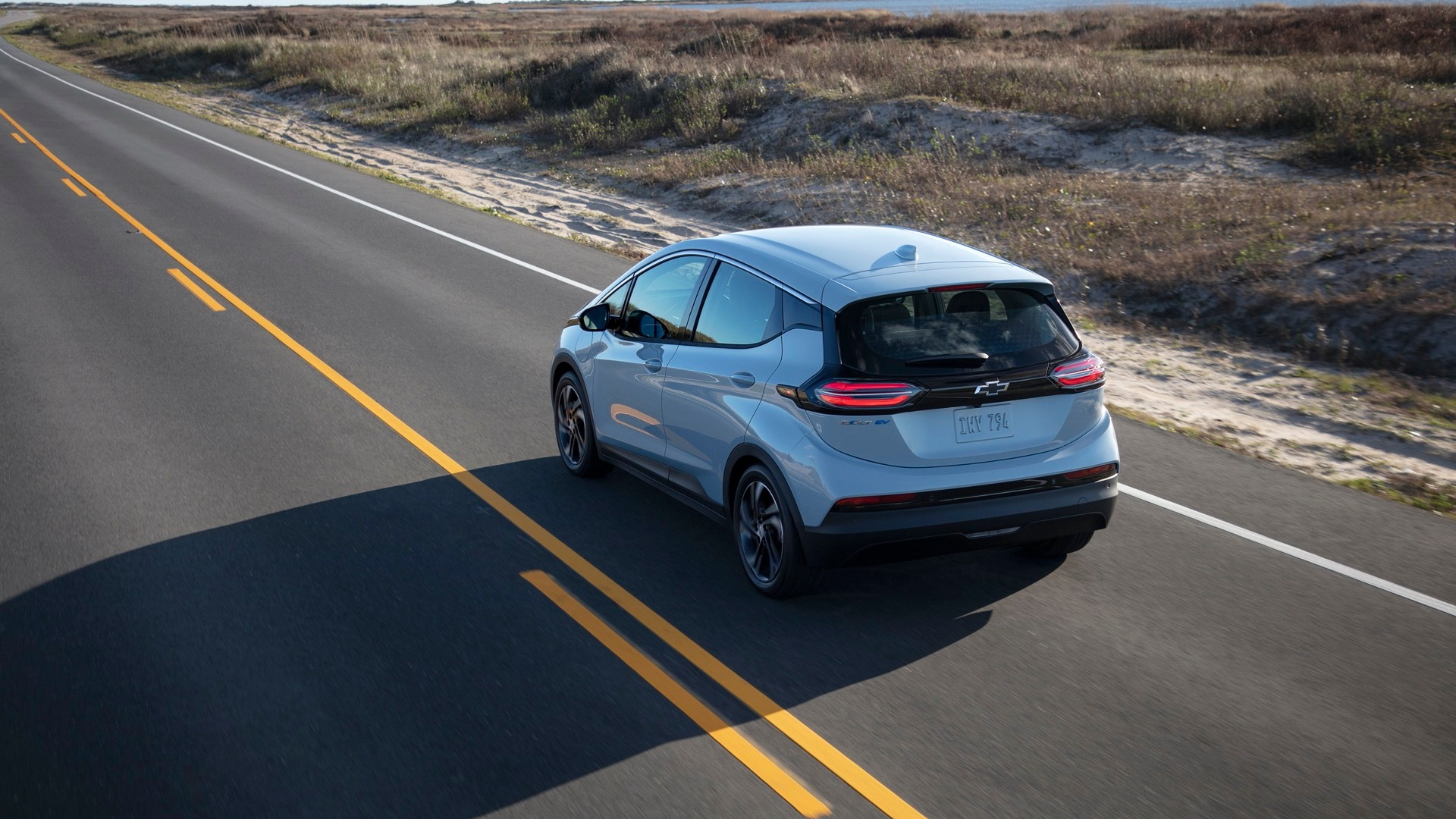 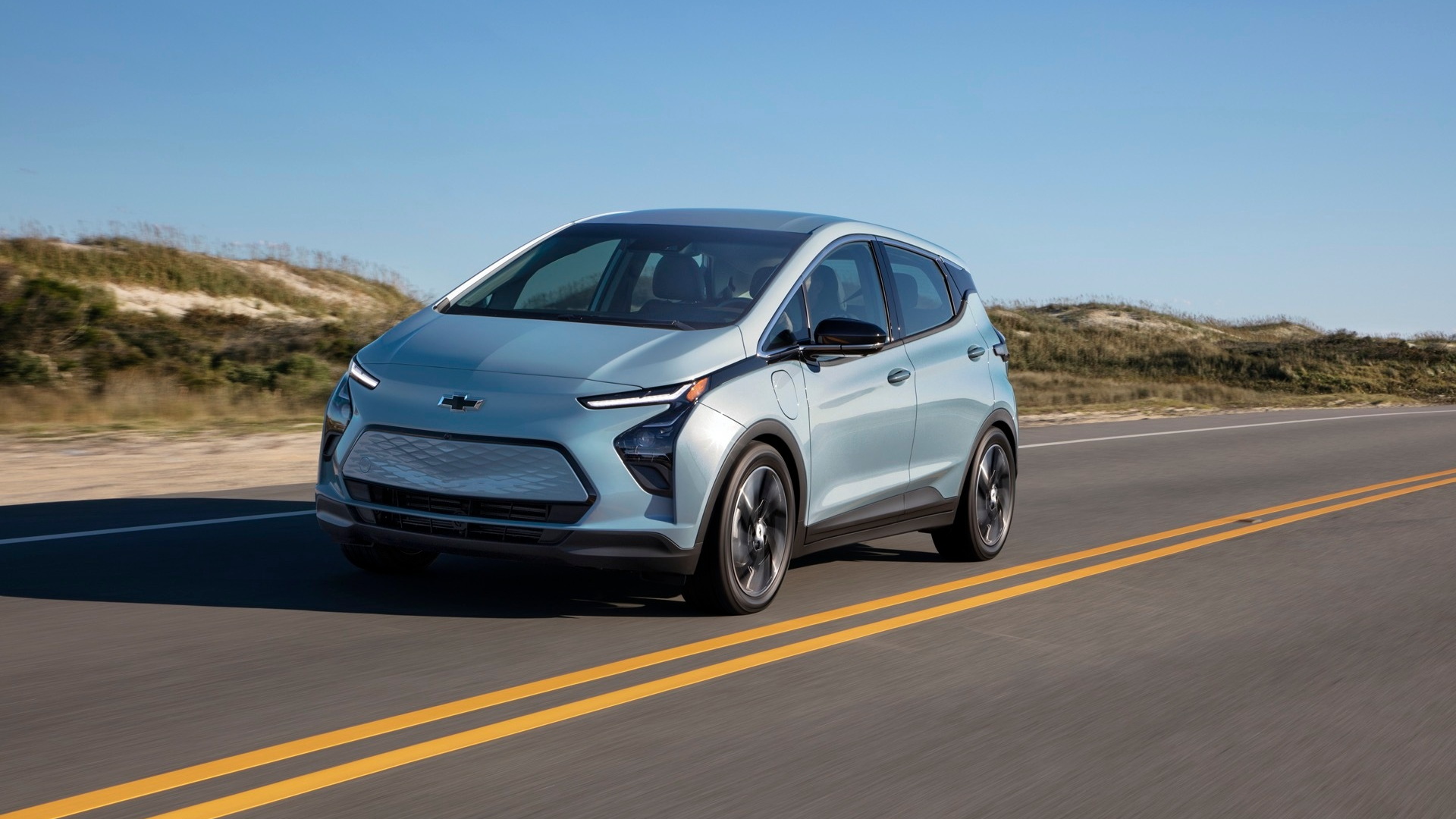 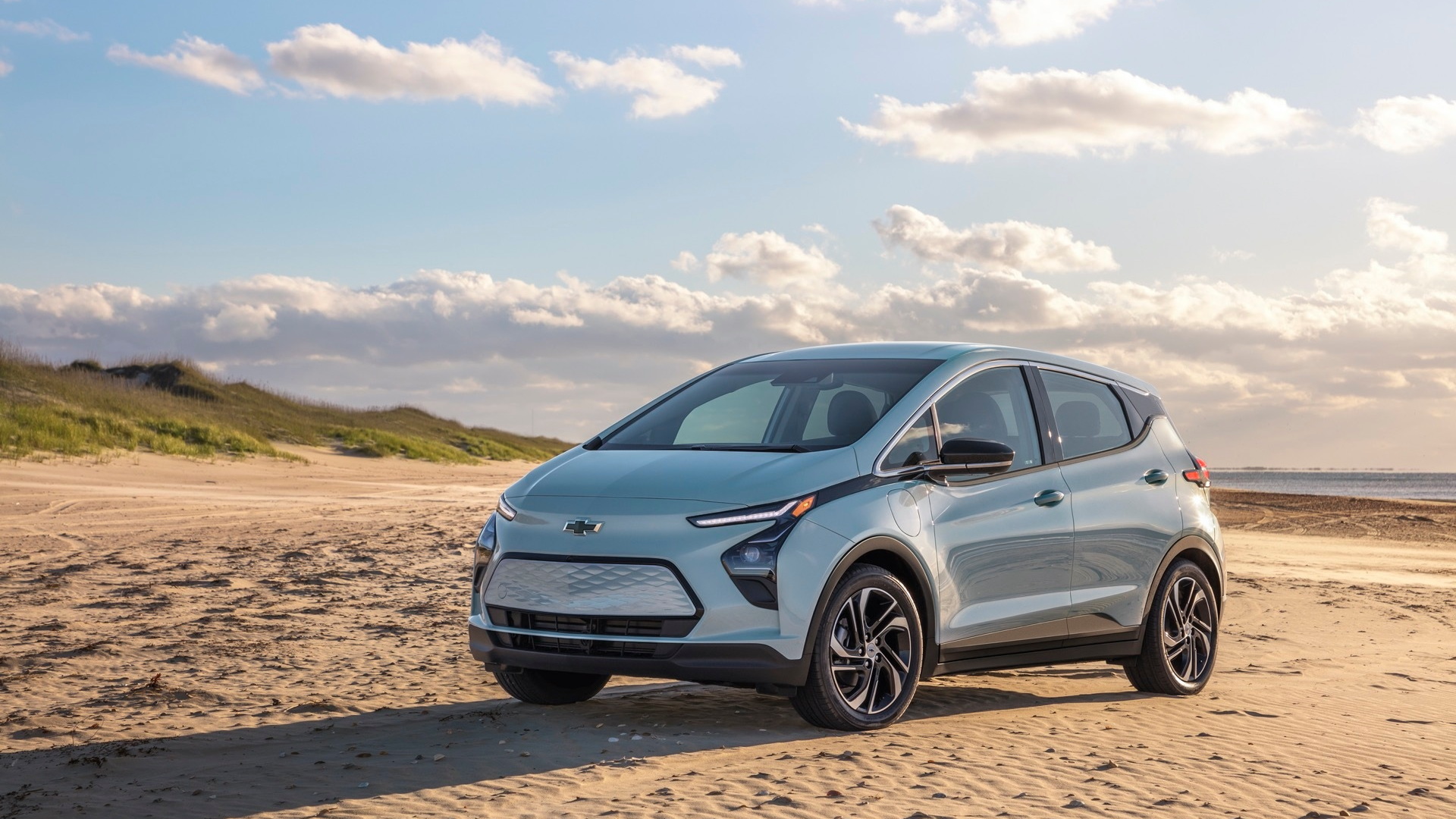 Production of the 2022 Chevrolet Bolt EV and EUV, which has been on pause for most of the past six months, will restart on April 4, General Motors confirmed Tuesday.

The restart is part of a delicate balance GM faces: On one hand, it needs to produce new electric vehicles—the automaker's future—at a time when demand is especially strong. On the other hand, it needs to support owners in battery replacement, as part of a recall related to a fire risk. Both new production for the current 2022 Bolt family and its recall fix feed from the same battery supply.

The issue stems back to a series of fires that happened when Bolt EVs were nearly or fully charged. GM is now aware of 18 suspected fires based on its own investigations. GM plans to replace all battery modules on affected 2017-2019 Bolt EV models and found that newer models may also be affected. There may be additional replacements, but GM hasn’t provided an update on its replacement rate.

GM first shut down production at the Michigan plant the week of Aug. 23, 2021, when the cells were determined to be potentially faulty, the source of the production flaw was unresolved, and GM expanded the battery-fire recall to every Bolt EV made, which amounted to about 141,000 vehicles in North America.

Since battery production restarted in October, GM has redirected the bulk of the supply of new cells and packs for fixing recalled vehicles and vehicles already on dealer lots. Although it resumed vehicle production for three weeks in November, the Bolt EV and EUV production line has otherwise been idled.

“While continuing to complete module replacements, GM will resume production at its Orion Township, MI, plant the week of April 4, 2022,” the company said in a statement provided to Green Car Reports. “We remain committed to Bolt EV and EUV and this decision will allow us to simultaneously replace battery modules and resume retail sales soon, which were strong before the recall.”

GM’s statement also recognized the patience customers have shown through the recall effort, which initially involved several software "fixes" before GM turned to hardware and manufacturing flaws in the cells themselves as the issue. Bolt EV owners were at some points advised not to charge fully and to park away from other vehicles, creating dilemmas for parking at workplaces and parking buildings.

The company declined to disclose specific recall repair numbers. Cells for the Bolt EV and EUV are made at an LG-owned facility in Holland Michigan, while packs are produced at an LG facility in Hazel Park, Michigan. LG has agreed to pay $1.9 billion of the $2.0 billion in estimated recall costs.

The companies have otherwise partnered for Ultium Cells LLC battery plants that are the crucial North American supply-chain pieces for making GM’s large-format NCMA pouch cells. The automaker plans to spend $27 billion on 30 new EVs globally by 2025, with affordable vehicles part of that mix.

GM last month revealed a $30,000 Chevrolet Equinox EV, and the automaker has said that there will be a more affordable model than that. After all this fuss, will it be called Bolt EV? Your guess is as good as ours.