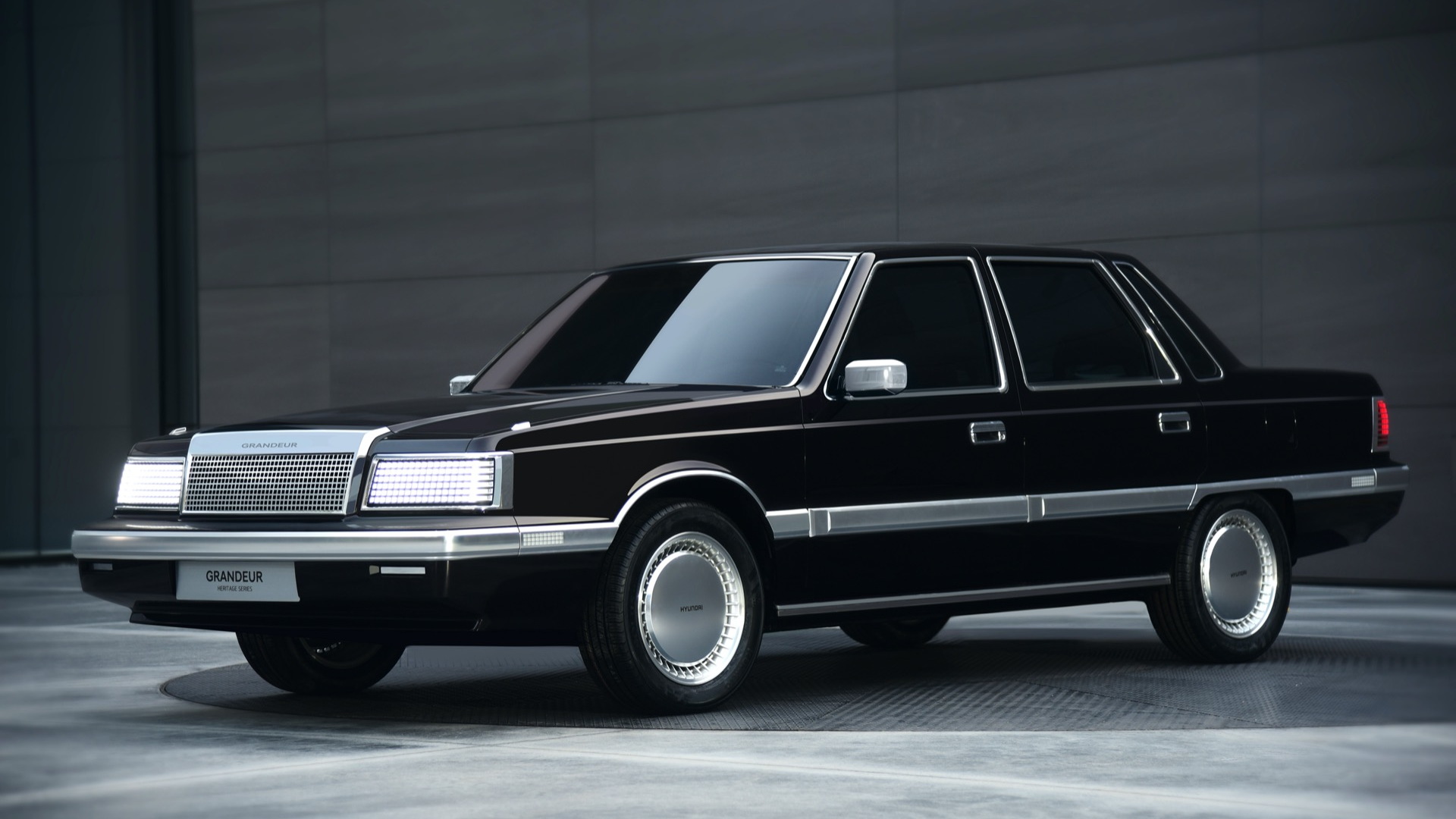 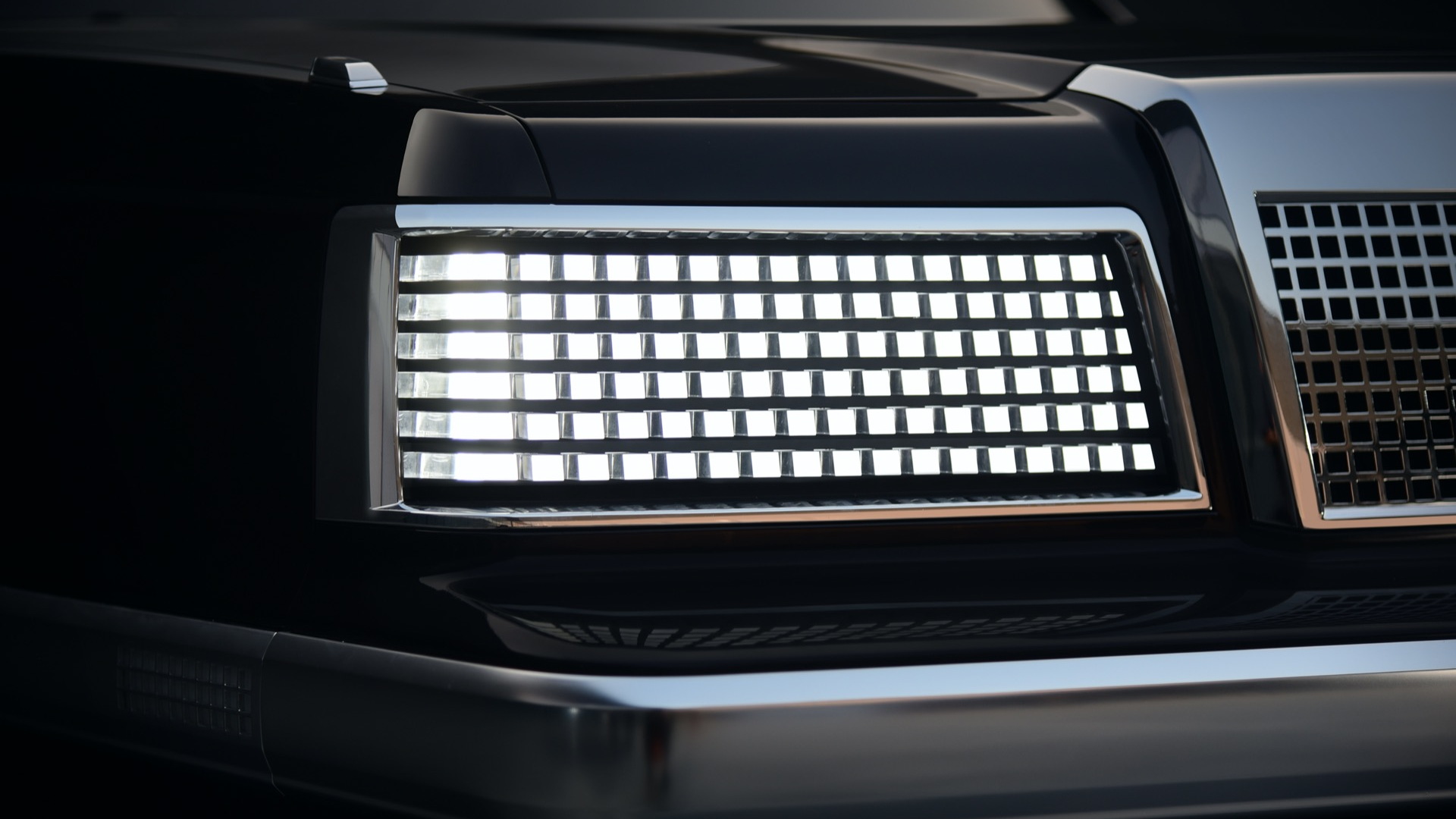 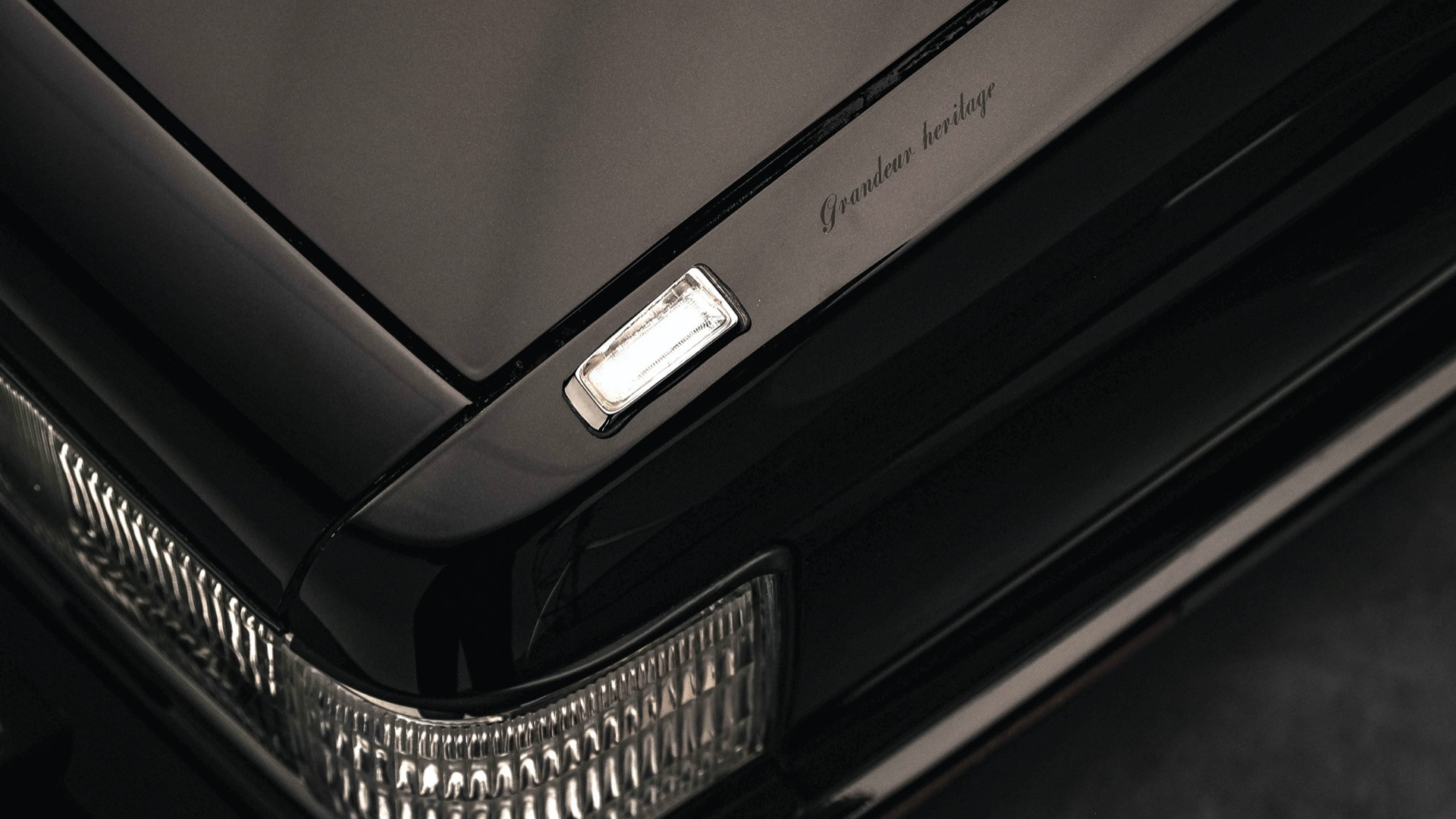 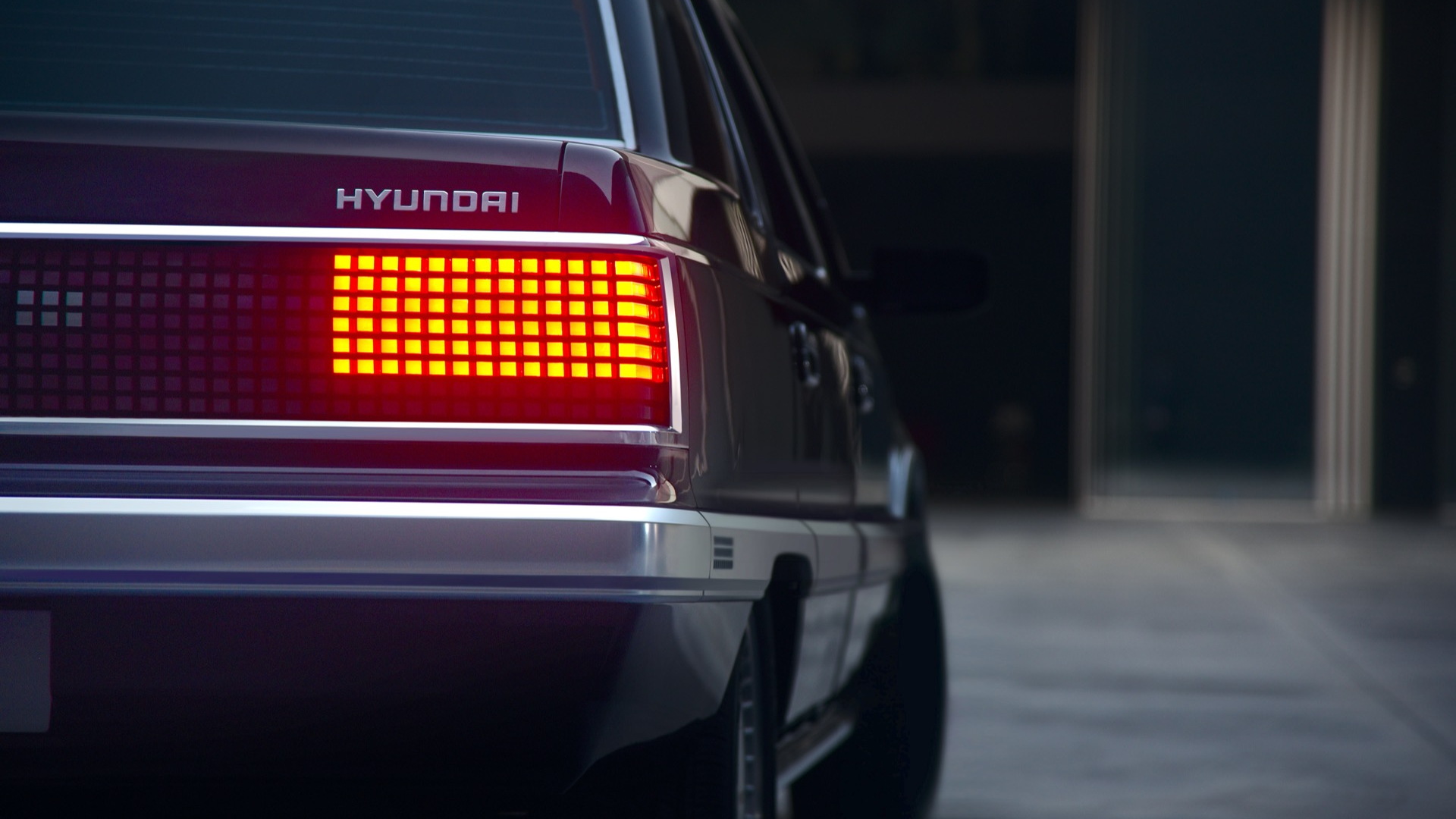 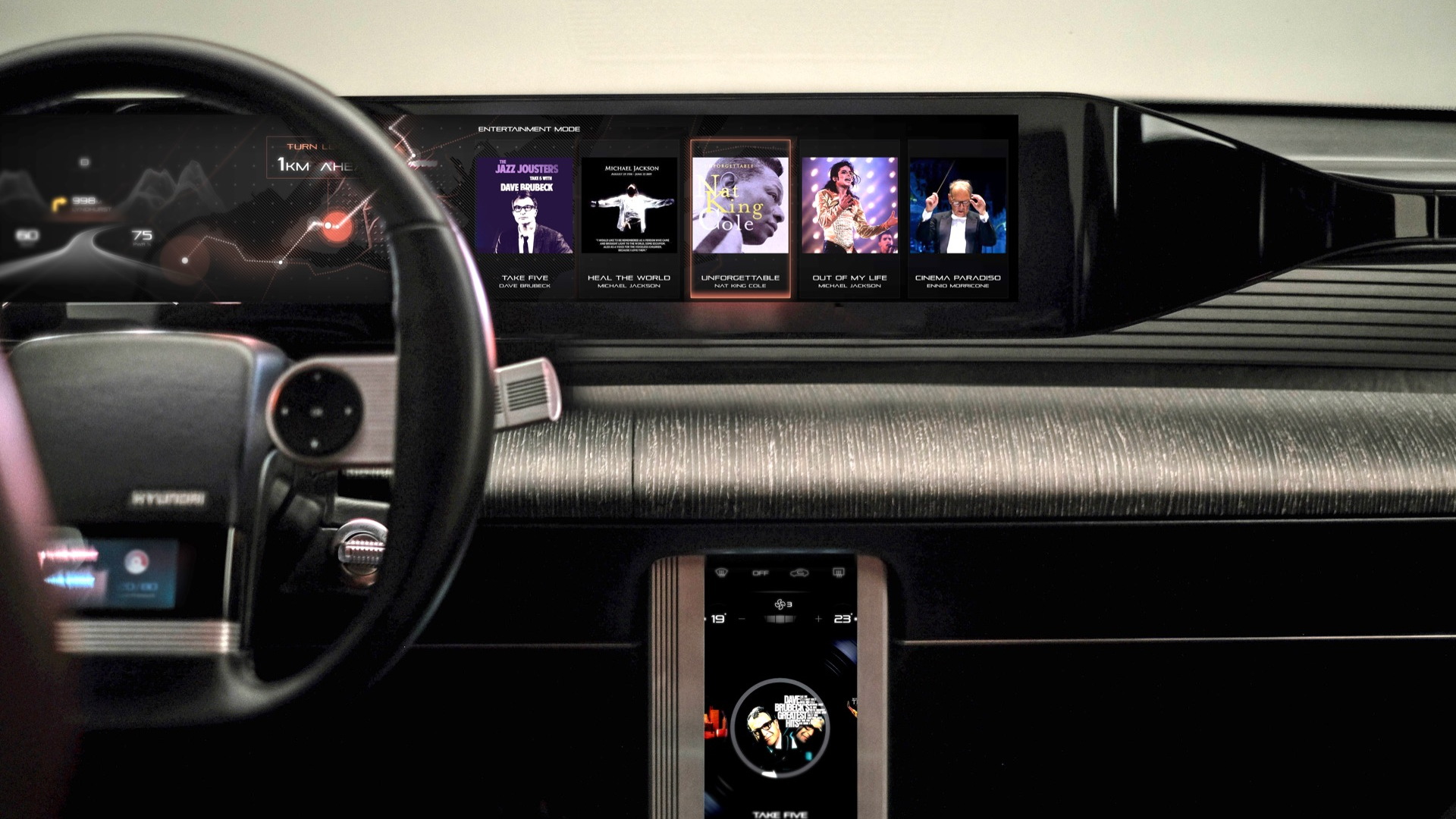 Launched in 1986, the Grandeur was Hyundai's first attempt at a flagship luxury sedan, setting the stage for today's Genesis luxury brand.

The formal-looking sedan retains most of its period design cues—and it highlights the Parametric Pixel approach that it's teased in the Seven SUV concept for the 2021 Los Angeles auto show, due to debut next week. The Seven will preview an Ioniq 7 production model scheduled to debut in 2024.

That same approach is seen in some of the details of the upcoming Ioniq 6 (based on the Hyundai Prophecy Concept), albeit in a much curvier shape.

The Grandeur EV restomod also gets a reworked interior with a modern digital display screen, as well as a smaller vertical touchscreen that seems to take the place of most analog controls. Another modern touch is ambient lighting in a bronze color chosen to reference vintage audio equipment, according to Hyundai.

That means an electric powertrain, Ioniq-style pixel lighting, and a screen-filled interior. The screens appear to have the same graphics as the touchscreens in current Hyundai models, including vacuum tubes for radio stations, which feel particularly appropriate for this retro concept.

Unveiled in 1975, the original Hyundai Pony hatchback was the first car developed in-house by the automaker. It also served as the design inspiration for the Hyundai 45 concept, which in turn set the direction for the production Ioniq 5 crossover scheduled to launch in 2022.