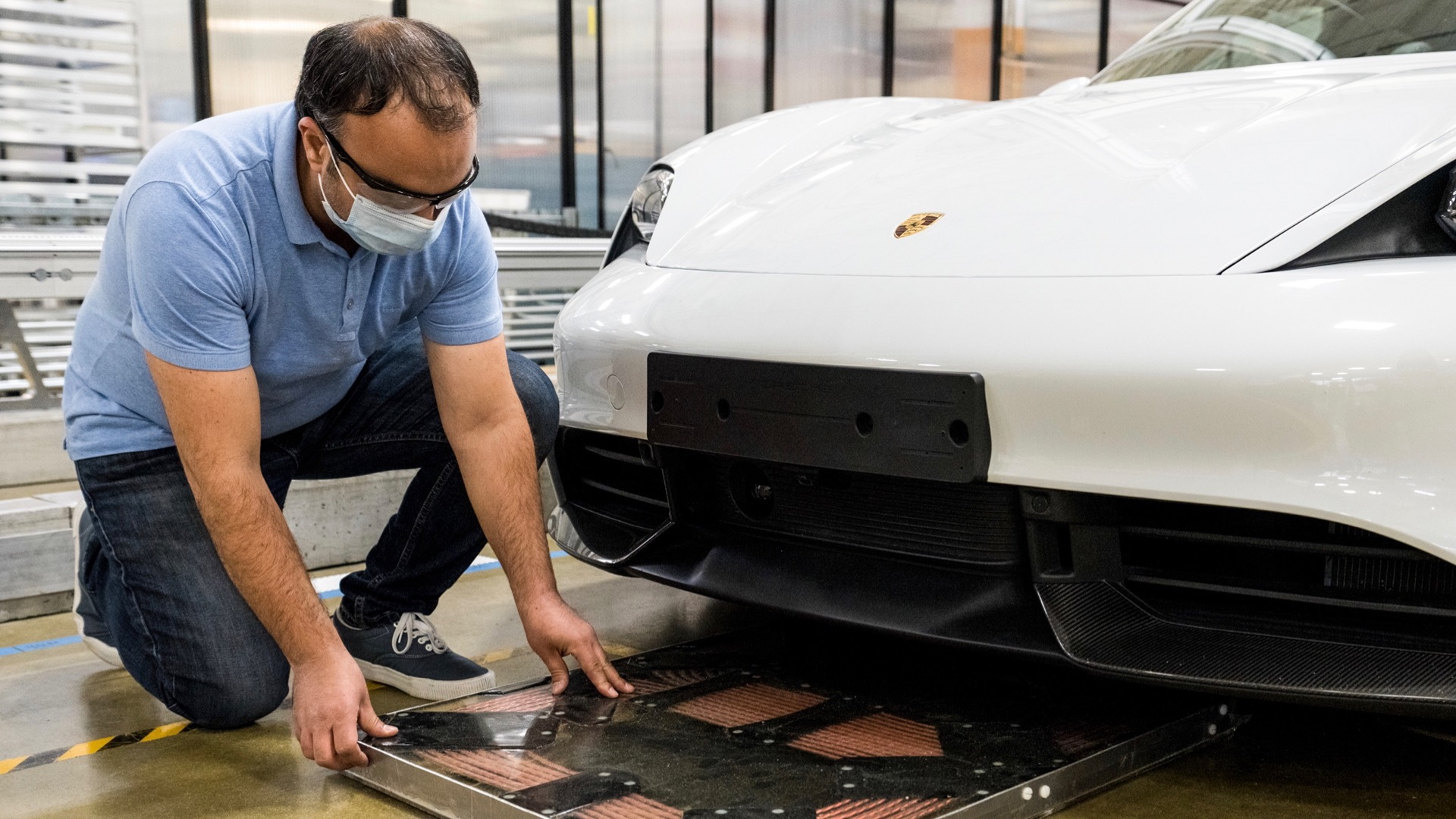 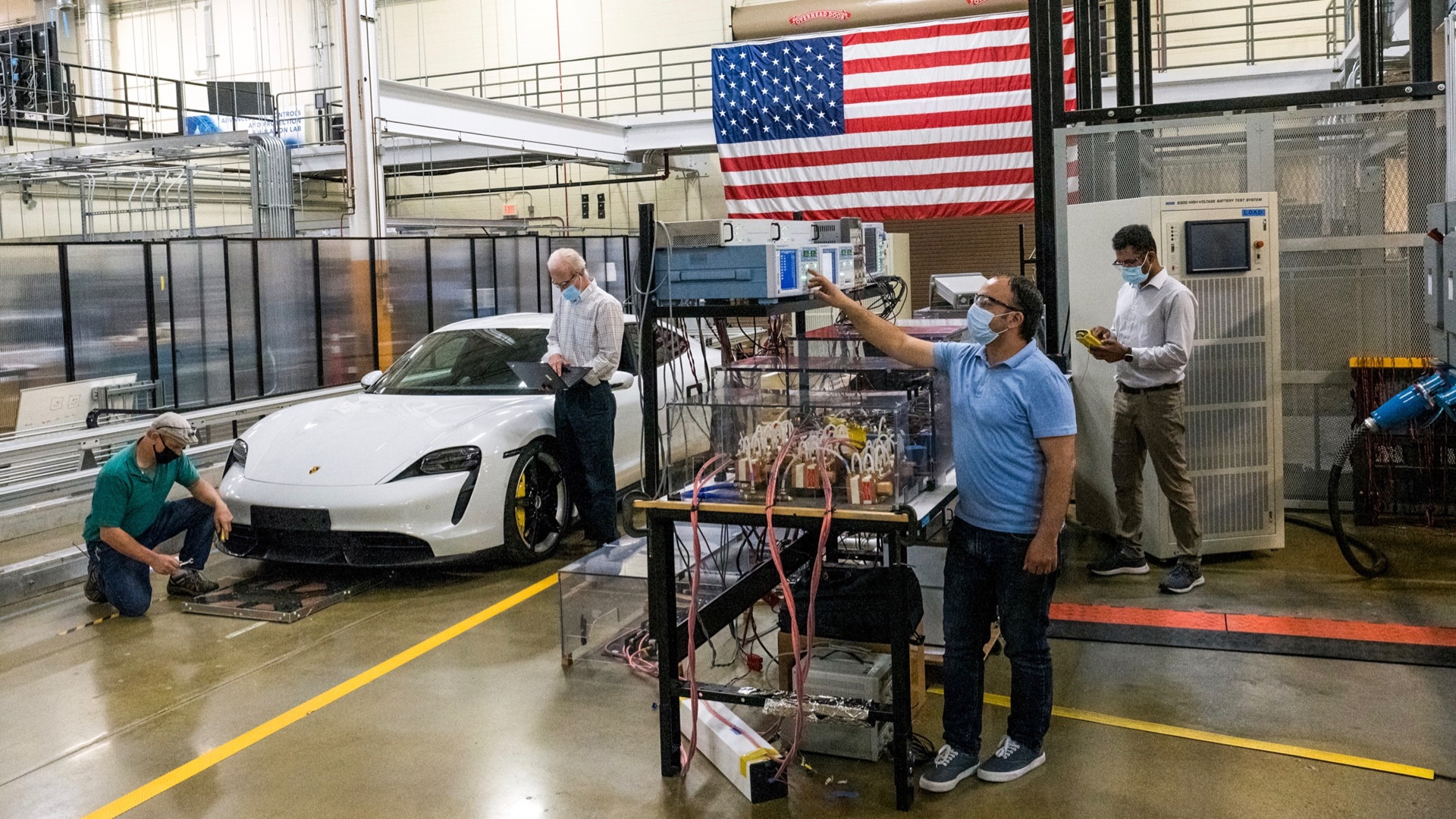 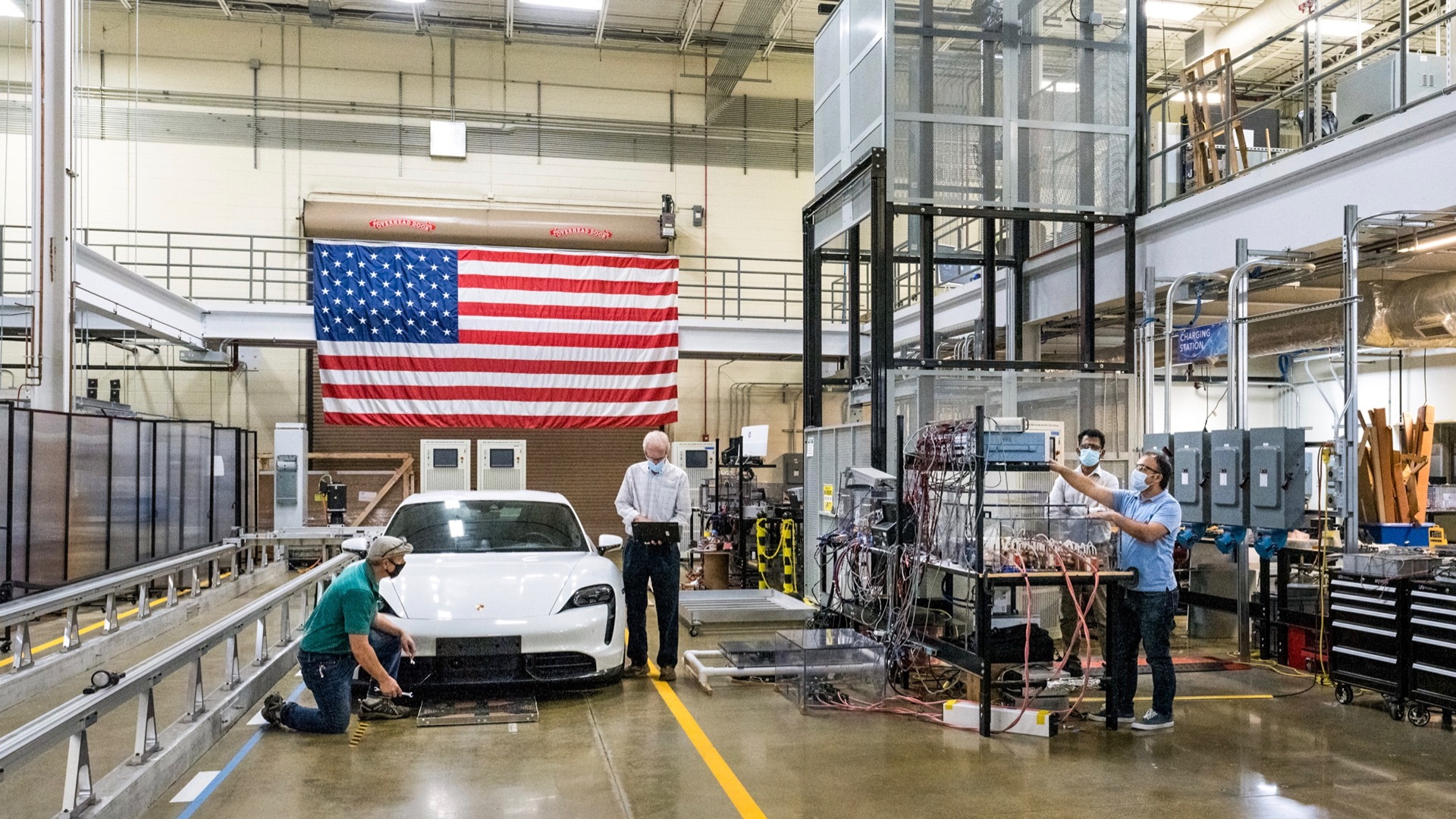 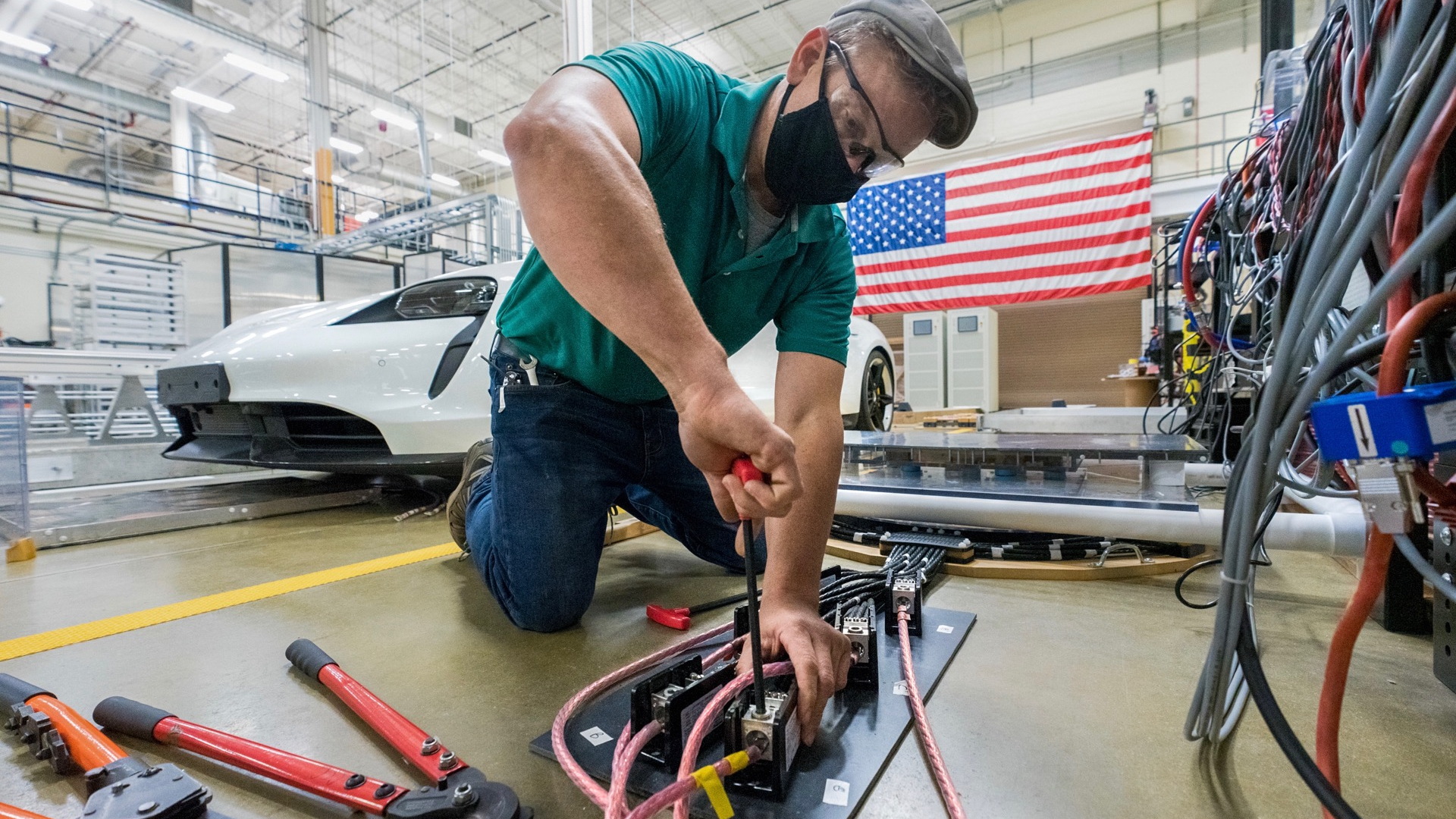 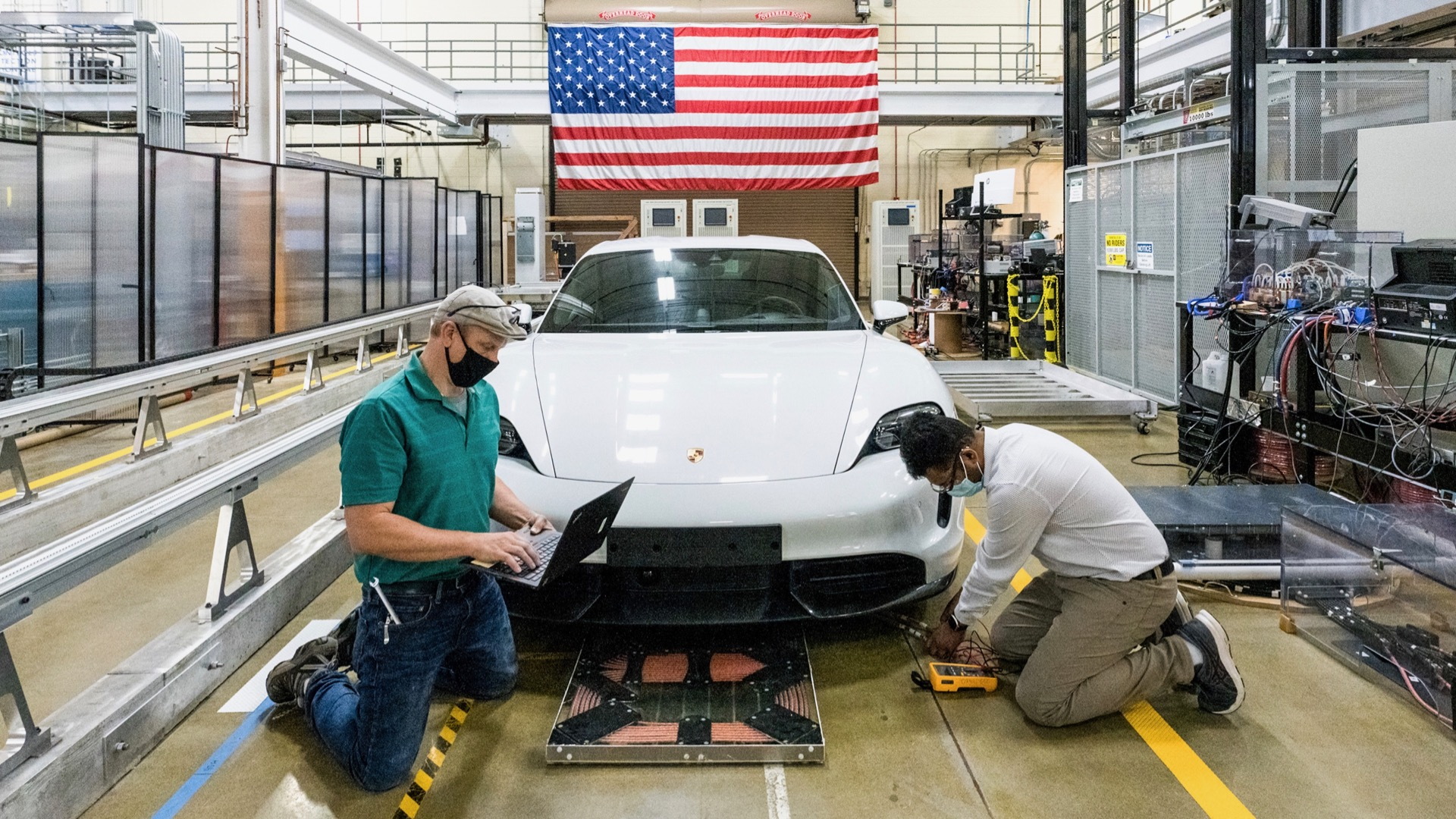 Volkswagen Group of America is launching a joint research project with the Department of Energy's Oak Ridge National Laboratory (ORNL) and the University of Tennessee, Knoxville, to develop high-power wireless charging for electric cars.

Using a Porsche Taycan as a test bed, teams from VW, ORNL, and UT Knoxville have upped the power level of wireless charging hardware from 6.6 kilowatts to 120 kw, according to a VW press release. The goal is to reach 300 kw, which would be enough to charge the Taycan to 80% in 10 minutes, the automaker said.

Researchers aim to get a better idea of the potential hurdles surrounding high-power wireless charging, but VW did not mention any specific plans to commercialize this research in the near future.

The project will build on previous wireless charging research at ORNL. Not counting losses in electricity delivery, researchers already announced an excellent 97% efficiency for the technology at up to 120 kw in 2018.

Some companies offer commercial wireless charging systems, but the technology still has a long way to go before mass adoption. So far there's a single standard for cross-compatibility, but that only goes up to 11 kw. High-power charging is new territory.

Momentum Dynamics has a system that's already being tested on Jaguar I-Pace taxis in Oslo, Norway, and is capable of charging at up to 50 kw in bursts of 6-8 minutes.

Among automakers, BMW has tested wireless charging with its 5 Series plug-in hybrid, but it hasn't shared results from that test yet. And the Genesis GV60 might be the first EV to offer original-equipment wireless charging on any widespread basis.