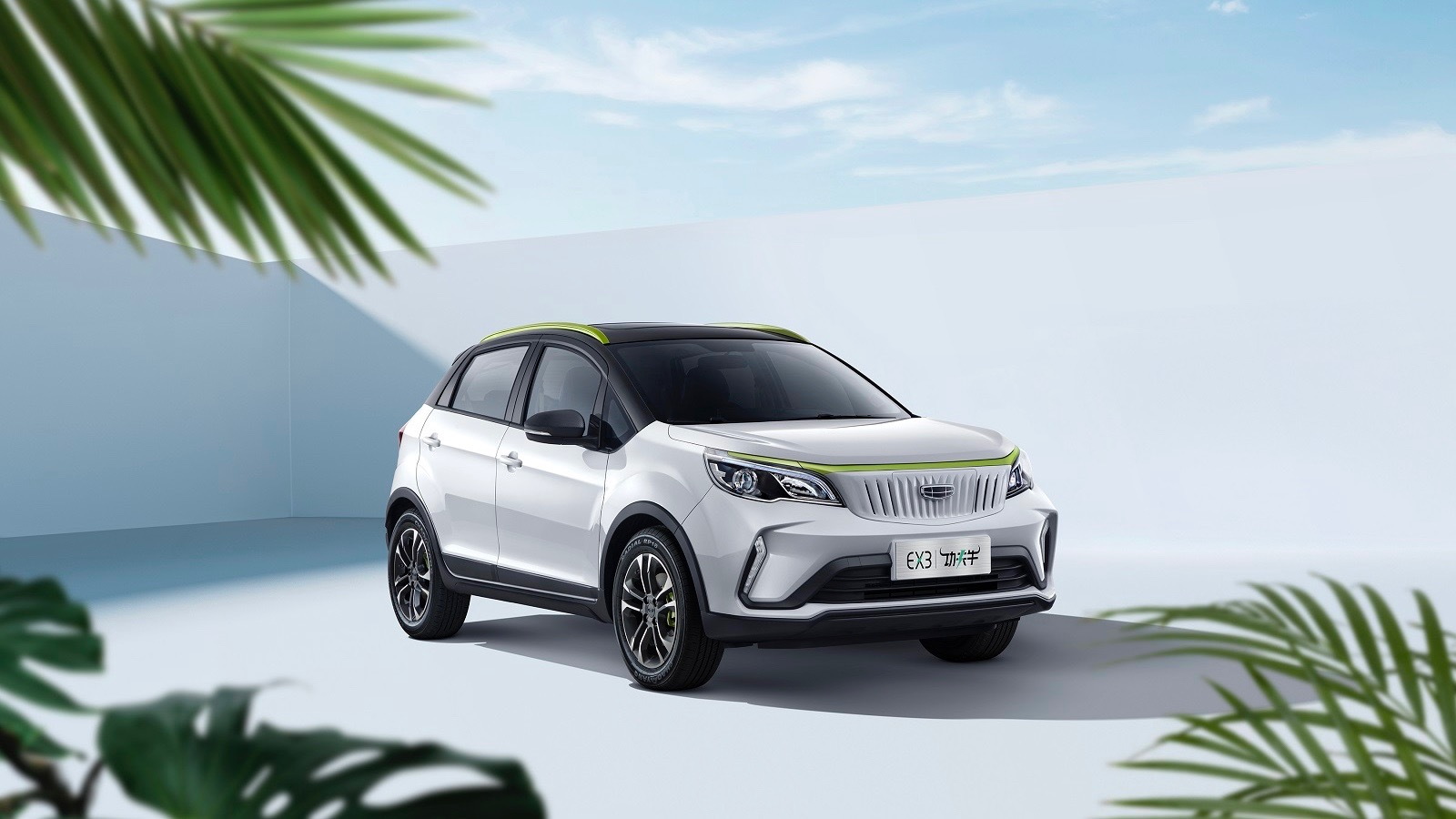 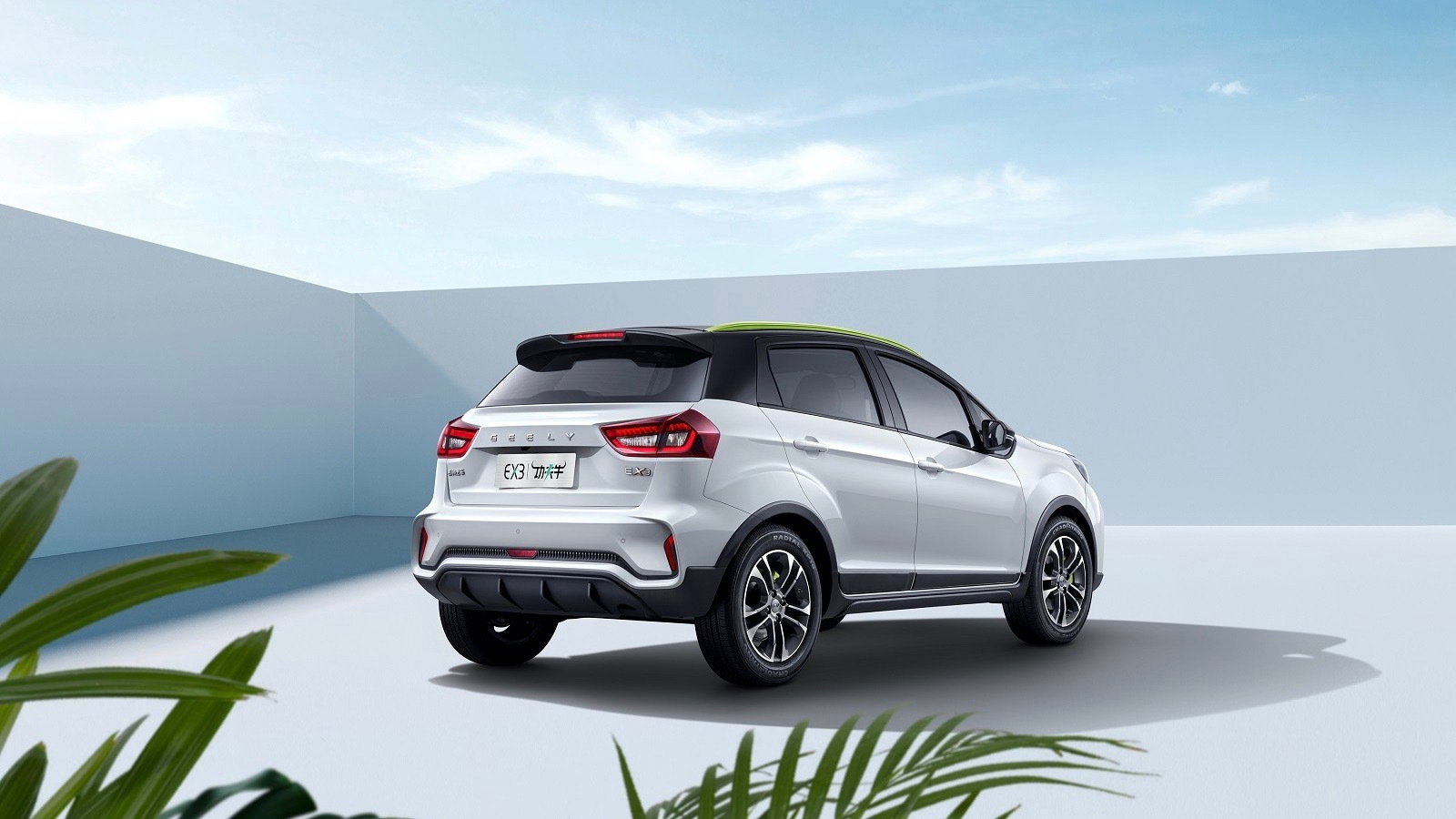 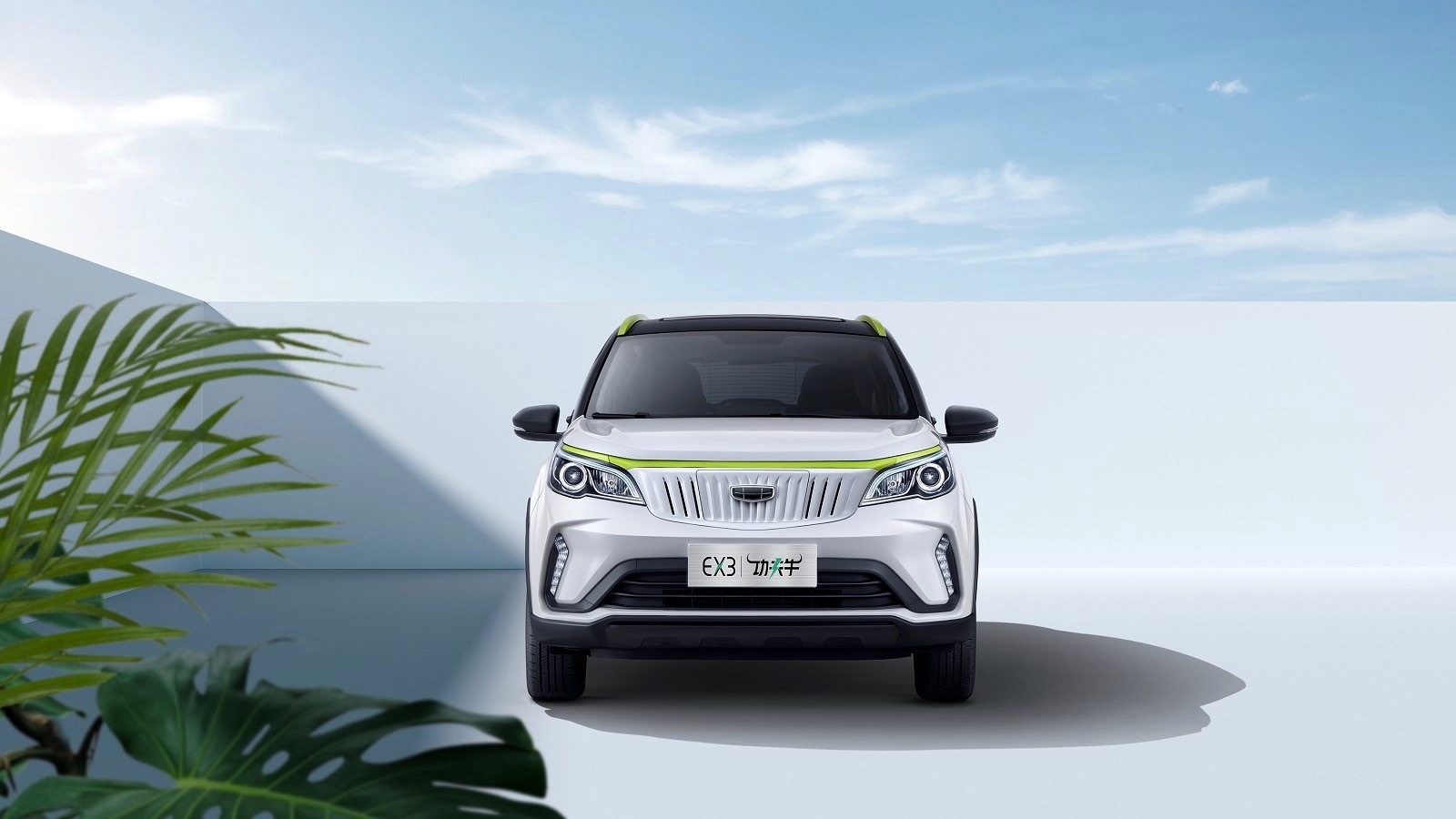 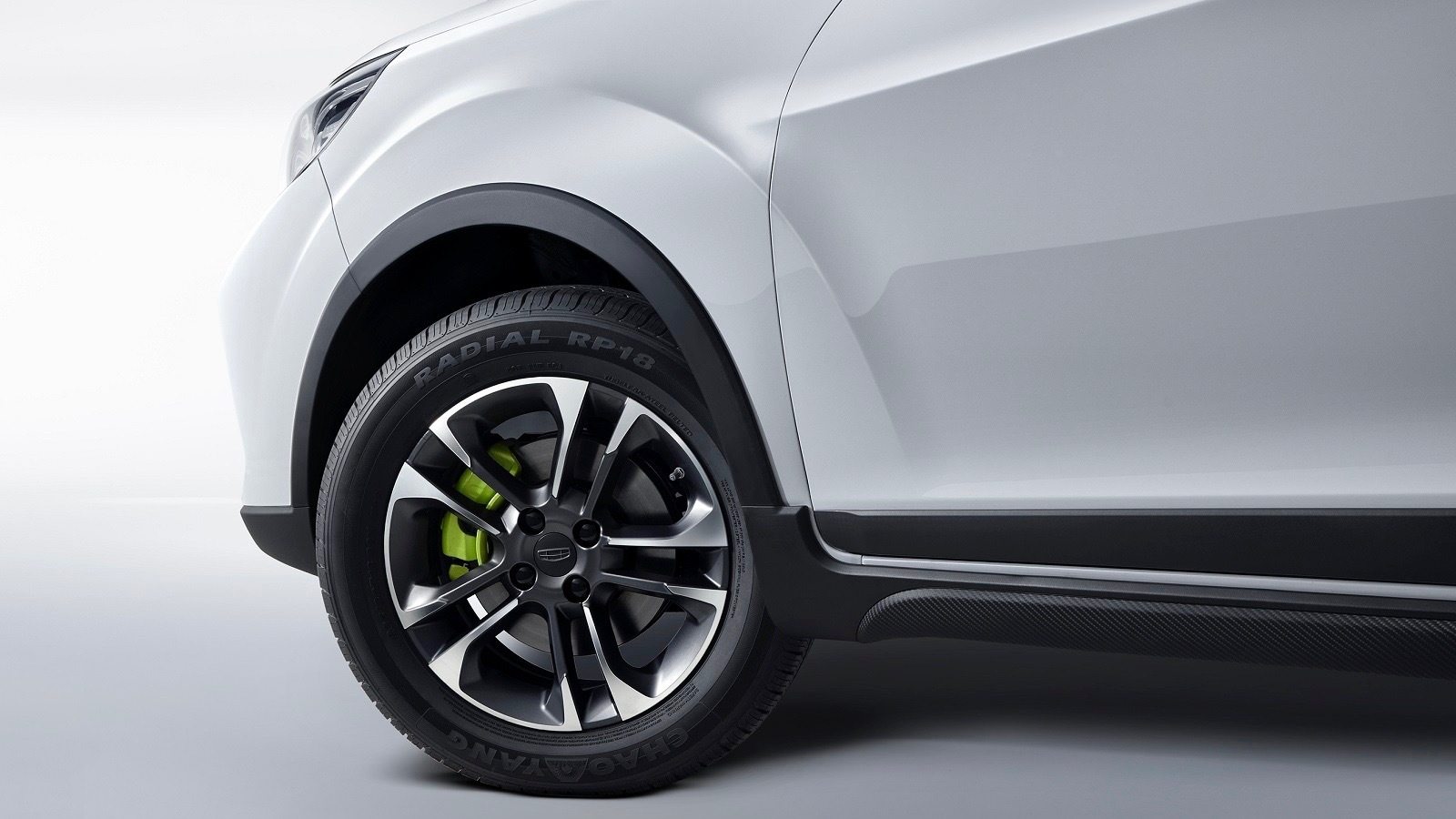 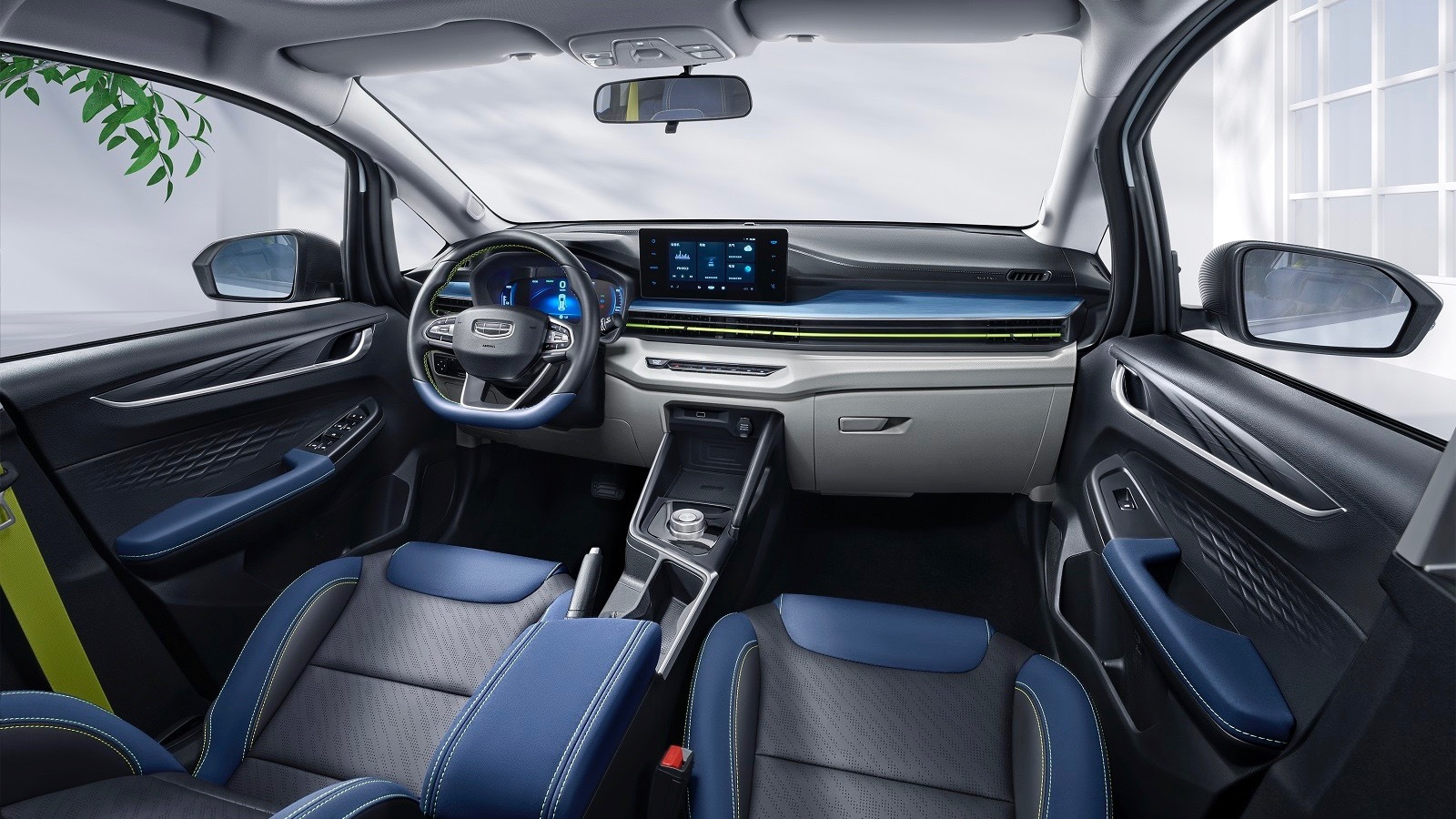 Chinese automaker Geely Auto Group, the parent company of Volvo, recently unveiled a new electric car for its home market that will start at the equivalent of just $9,200.

The Geometry EX3 is the latest model from Geely's all-electric Geometry brand. At 157.6 inches long (with a 97.6-inch wheelbase), 69.2 inches wide, and 62.0 inches tall, the five-seat crossover is about the same height and width as the current United States-market Honda HR-V, but substantially shorter.

Propulsion is provided by a 70-kw (93.8-horsepower) electric motor, which also produces 132 pound-feet of torque. A Geely press release said EX3 is "on par with traditional gasoline vehicles in terms of performance," although it's unclear which specific vehicles it's referring to.

The EX3 also gets some basic tech features, including a 10.25-inch LCD instrument cluster, 8.0-inch touchscreen, and built-in WiFi.

Back in 2018, the owner of battery supplier AESC predicted that in China EVs would be cheaper than gas models by 2020. While that didn't quite happen, cars like the Geometry EX3 show that economy cars are not the exclusive domain of internal combustion.

The Renault CIty K-ZE has gone on sale in China for even less than the EX3. Geometry has also shown a larger, Tesla Model 3–sized EV that shares the Volvo/Geely CMA platform that underpins the XC40 recharge, C40 Recharge, and Polestar 2.

In the U.S., the market growth has been among premium EVs, or mid-market ones. But there are some that are significantly lower than today's average price of around $40,000.

Battery swapping hasn't gained traction in the U.S., but startup Ample has announced plans to set up stations for taxi and delivery vehicles. Ample has said its stations, which rely on a purpose-built battery architecture, can complete a swap in 10 minutes.