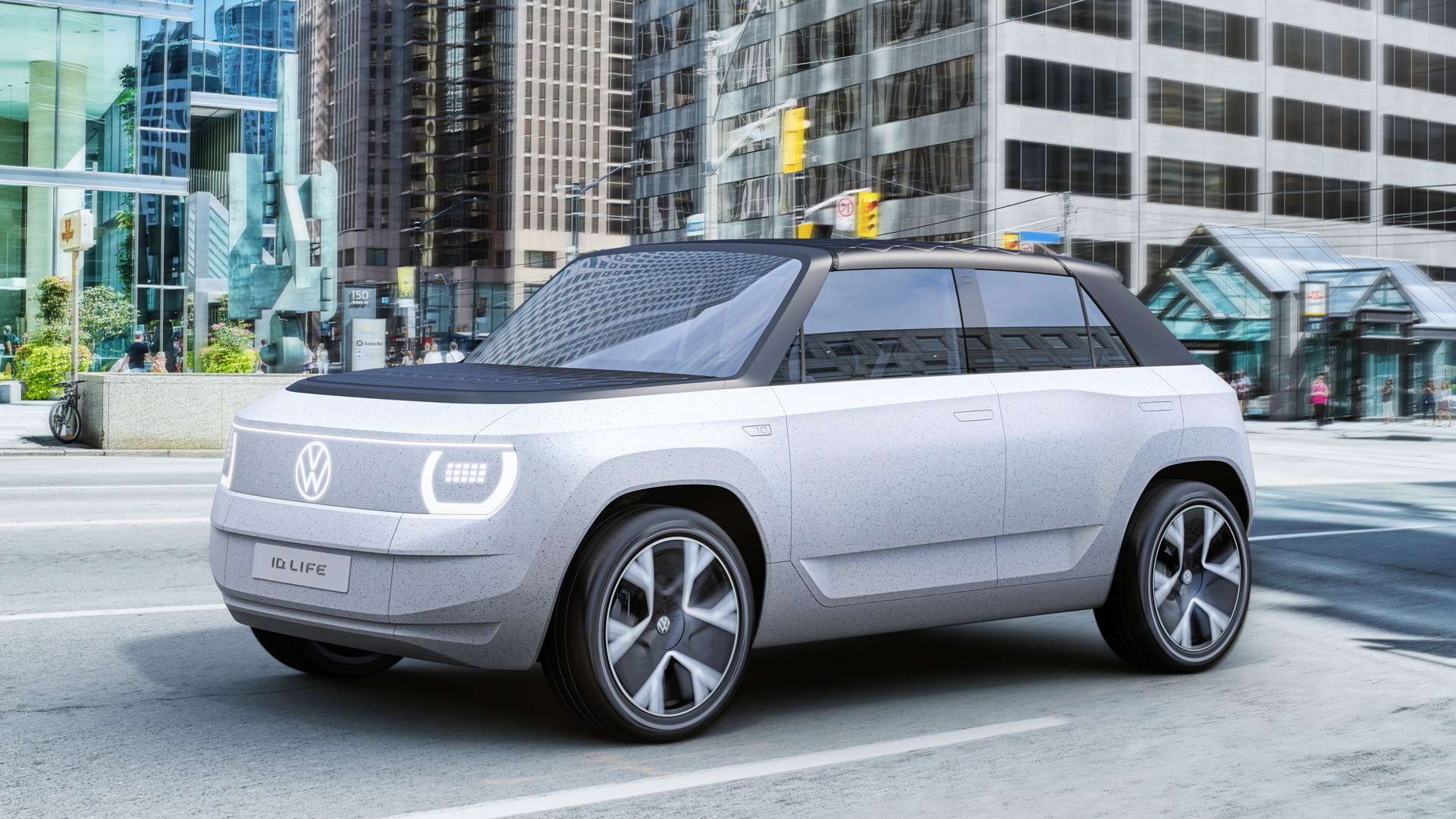 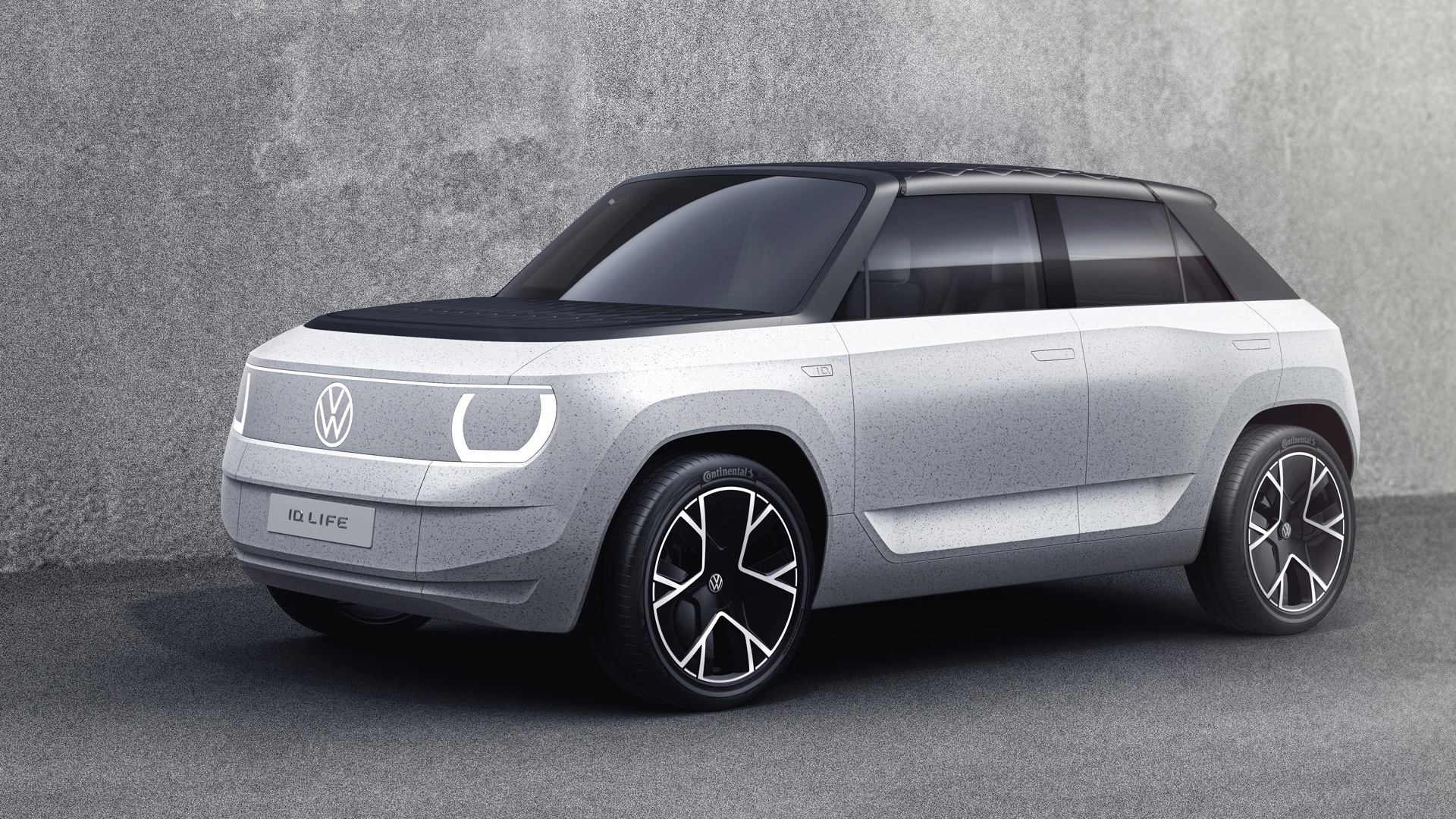 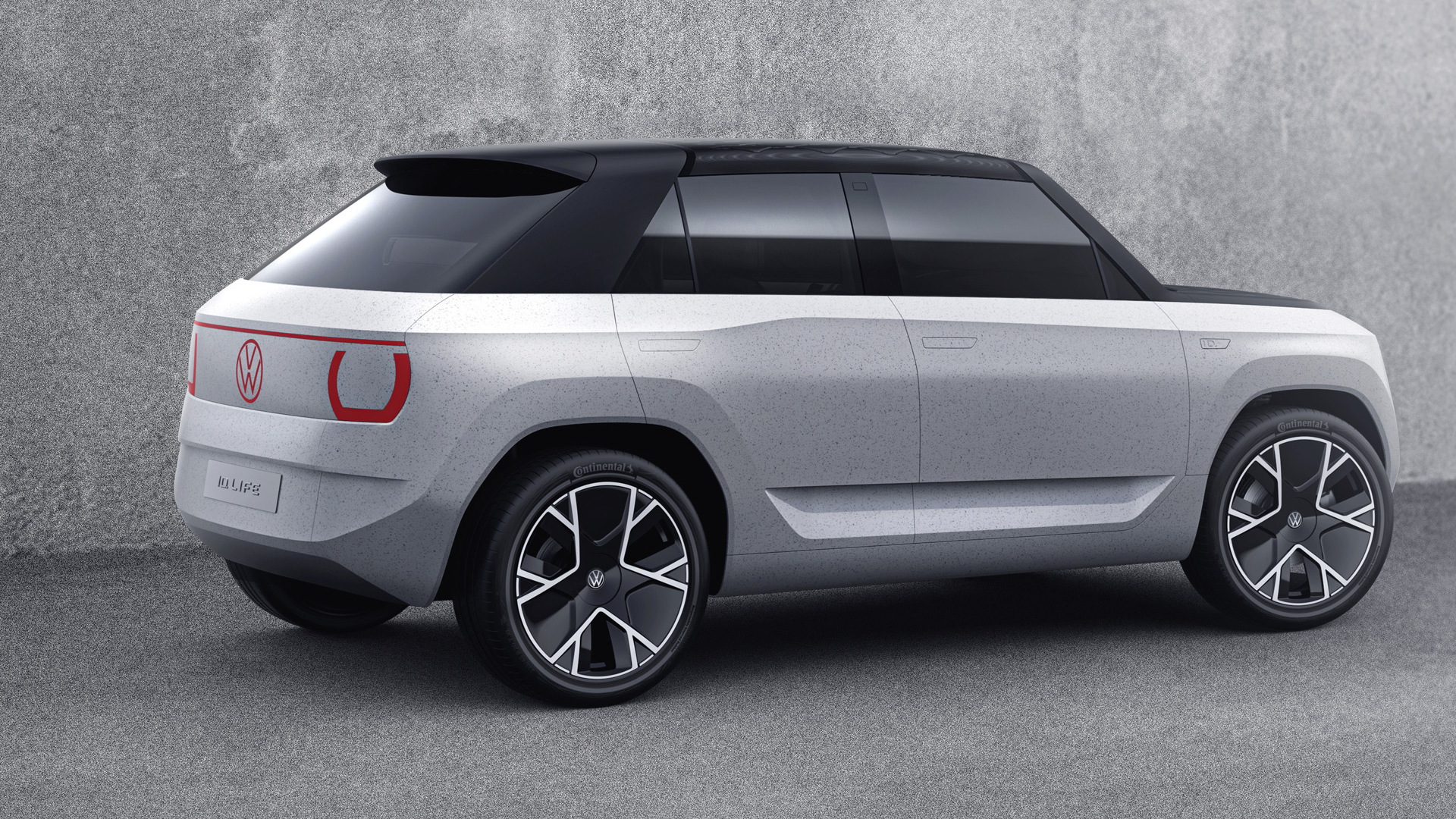 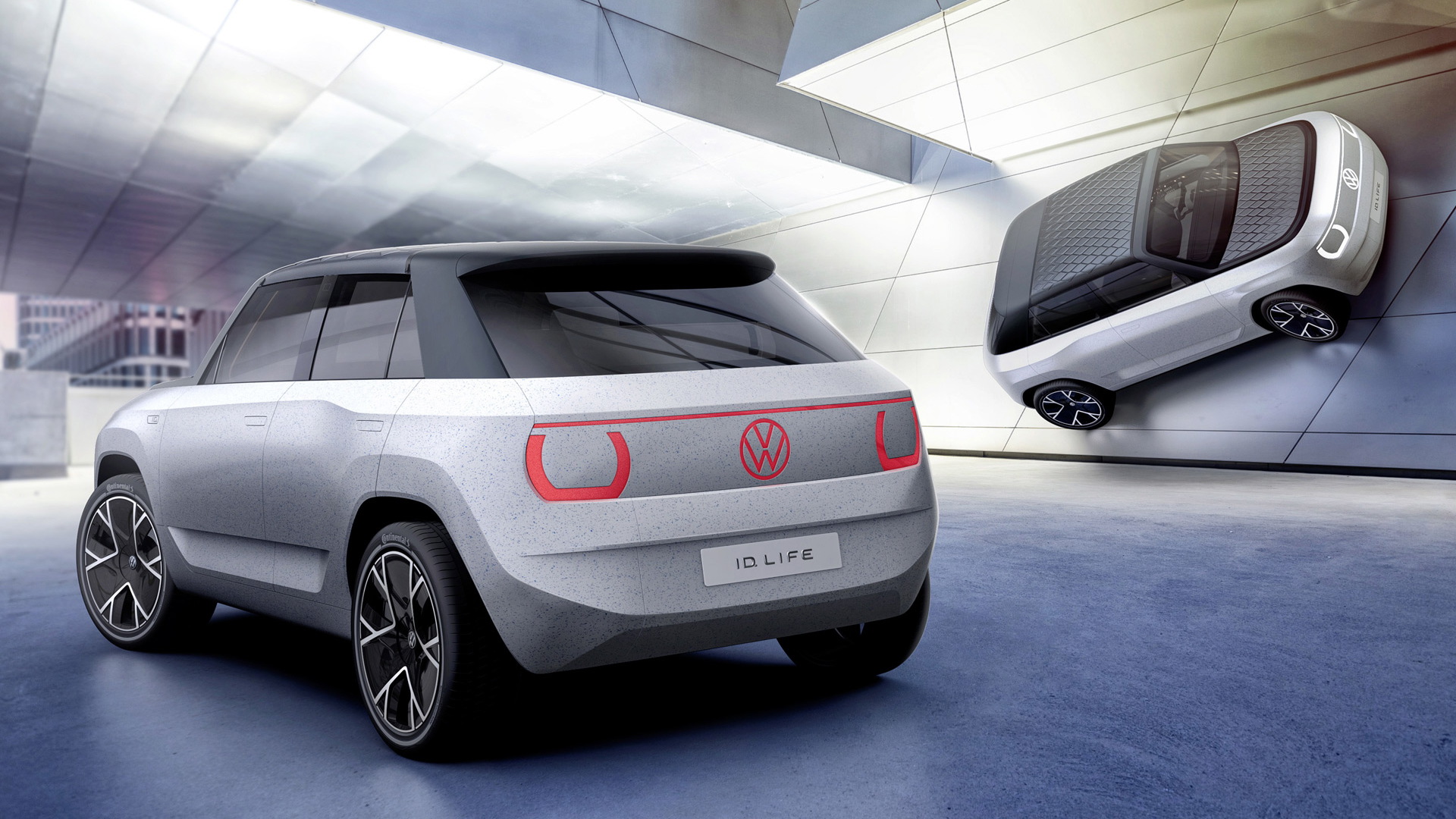 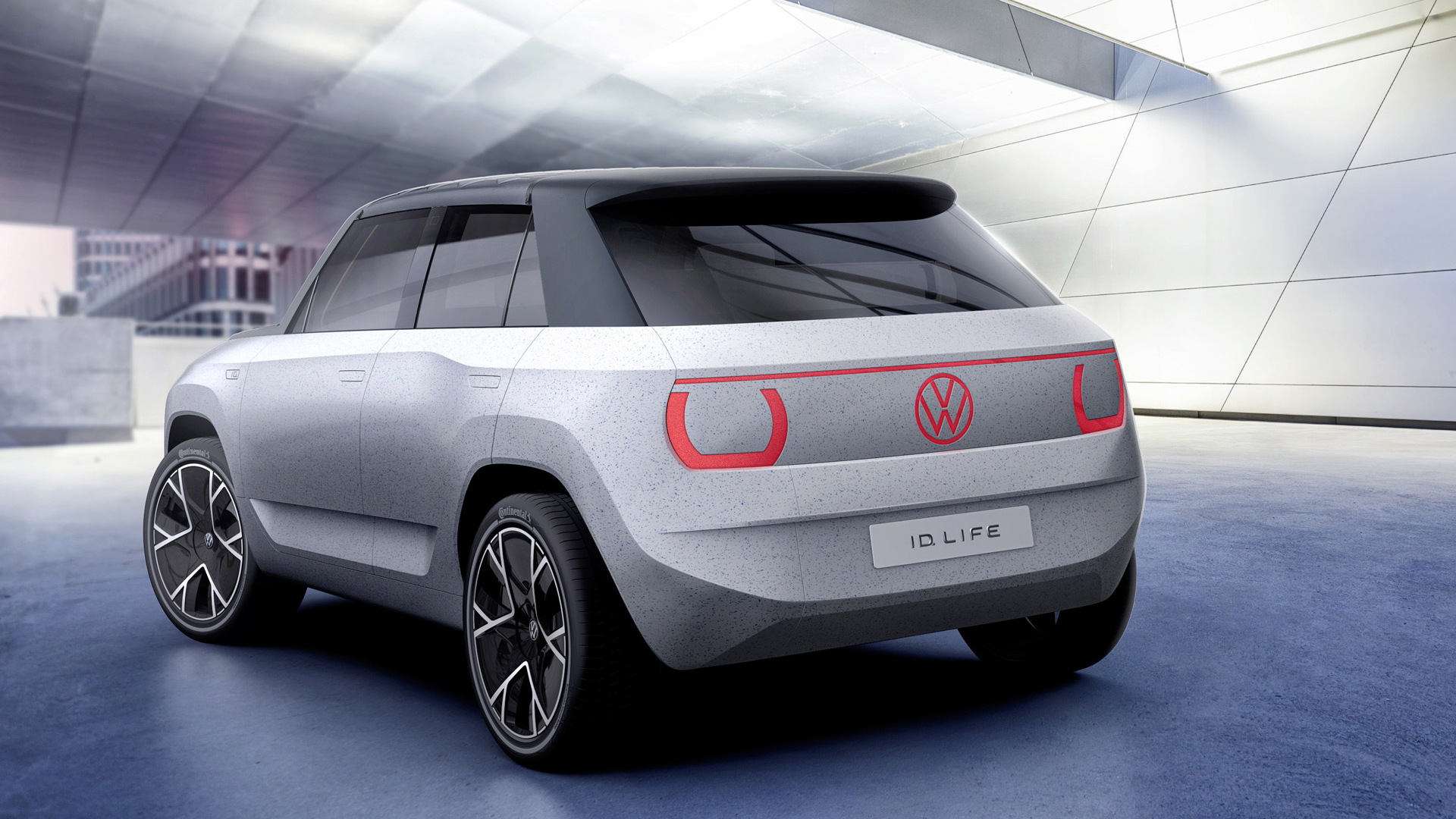 Volkswagen used this week's Munich auto show to preview an affordable electric car starting at 20,000 euros (about $24,000 at current exchange rates), and based on a pared-down version of its MEB platform.

Unveiled in concept form as the Volkswagen ID.Life, and likely to be badged ID.2 in production, the new model features a crossover-like body and a new variant of the MEB platform called MEB Small.

In addition to accommodating smaller vehicles, MEB Small is front-wheel drive by default. Other MEB models we've seen so far, including the VW ID.3 hatchback and ID.4 crossover, have been rear-wheel drive, with the option of dual-motor all-wheel drive. Front-wheel drive makes for more efficient use of interior space within the ID.Life's compact footprint, VW claims.

VW tried to keep the design as simple as possible, while also incorporating natural or recycled materials. For example, wood chips were used in the paint clear coat, while rice husks were used in the tires (along with natural rubber).

Cameras replace interior and exterior mirrors, and a single touch display controls most vehicle functions. Navigation is provided by a connected smartphone, while other attachments like a video game console and projector can provide entertainment while parked, according to VW.

The production version of the ID.Life concept likely isn't coming to the United States, but VW is ready start assembling the ID.4 at its Tennessee factory. At least one test build has been completed, with mass production scheduled to start next year.

Globally, the MEB platform will support many millions of EVs, VW has said. Ford will also be utilizing the main MEB platform for a model built in Europe.

VW is shifting to a single platform to help improve profitability and allow it to focus on tech, but that isn't scheduled to happen until later in the decade, when the planned Scalable Systems Platform (SSP) is anticipated to replace both MEB and the PPE platform for VW Group luxury cars.