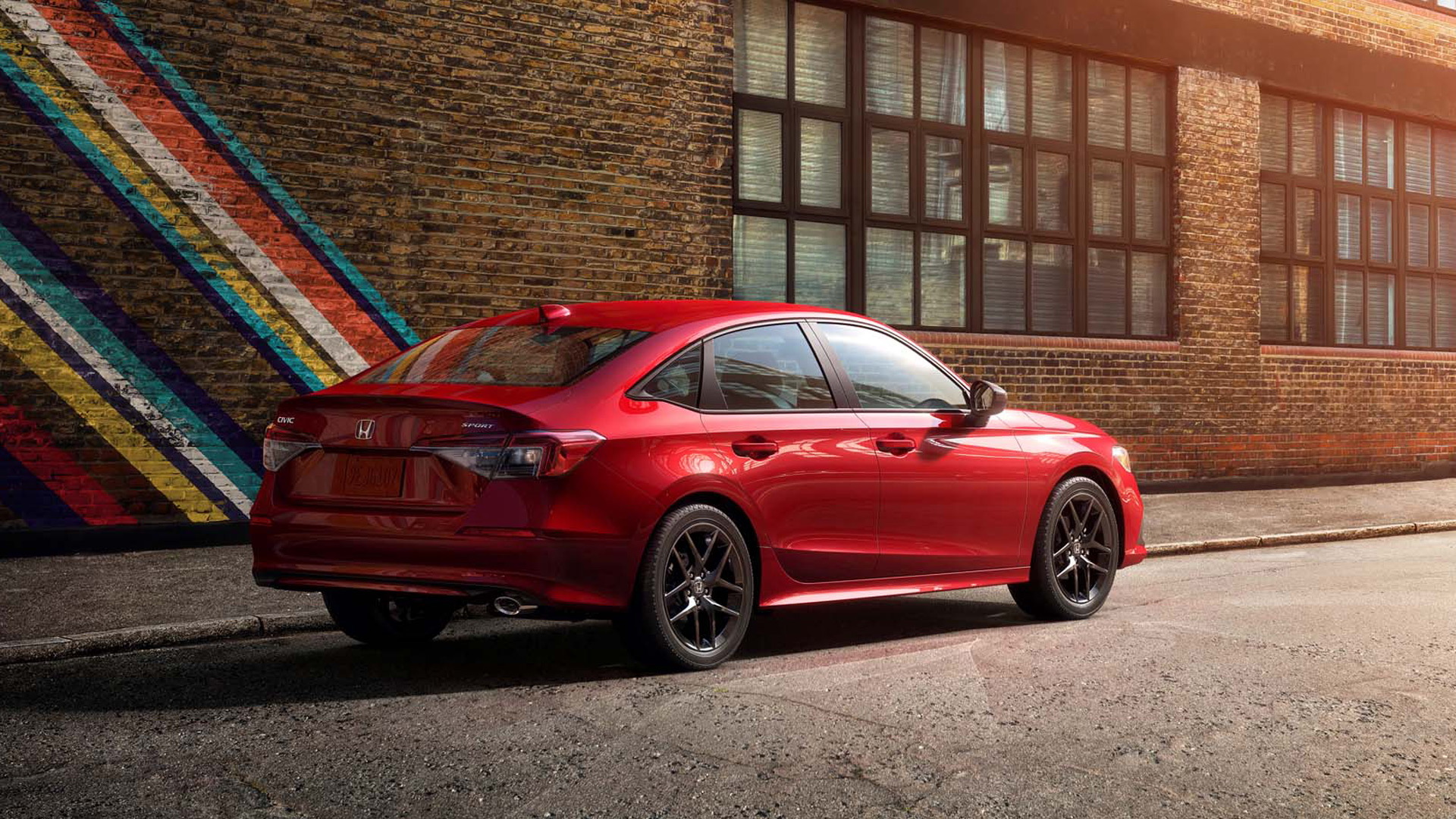 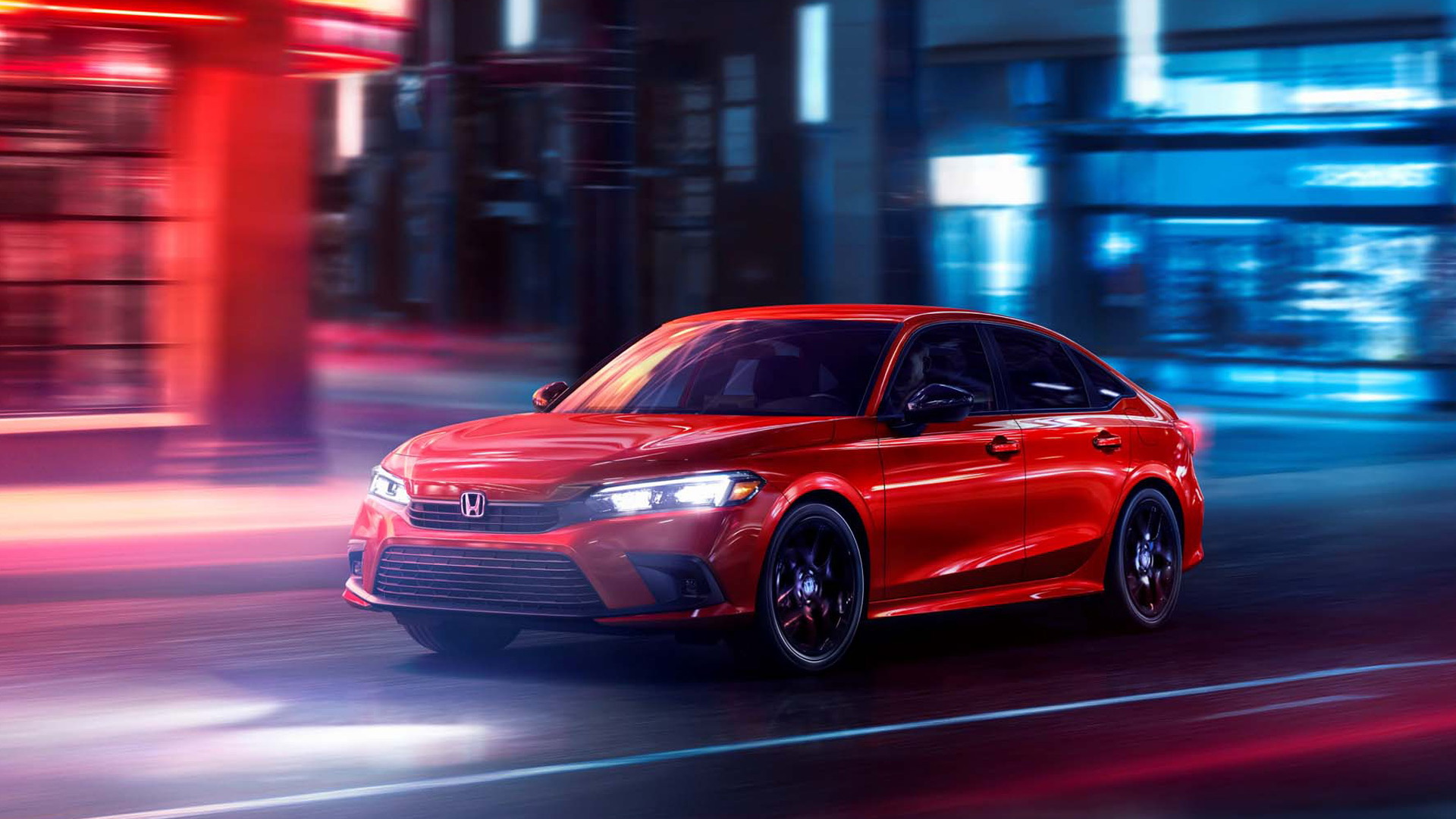 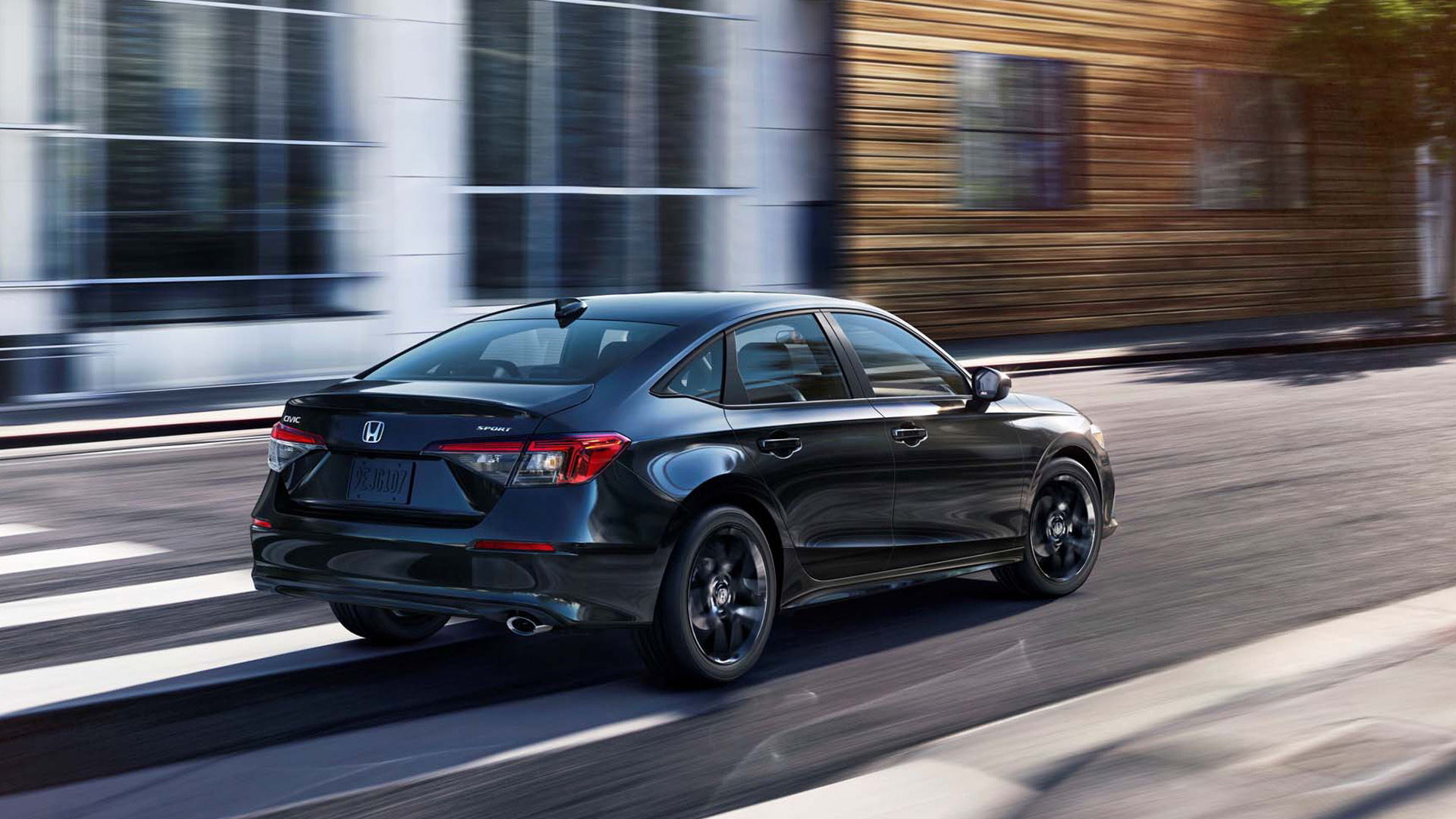 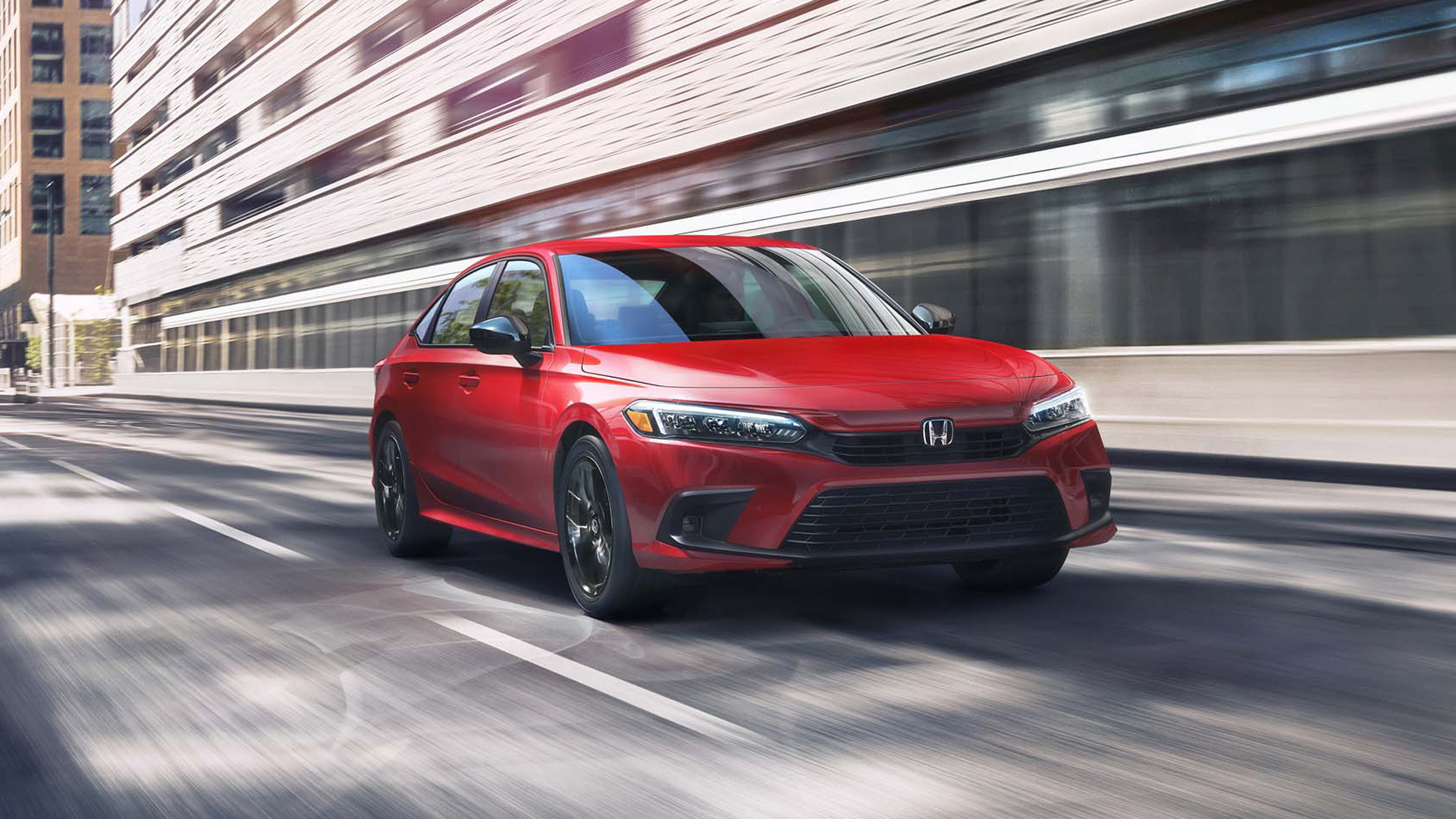 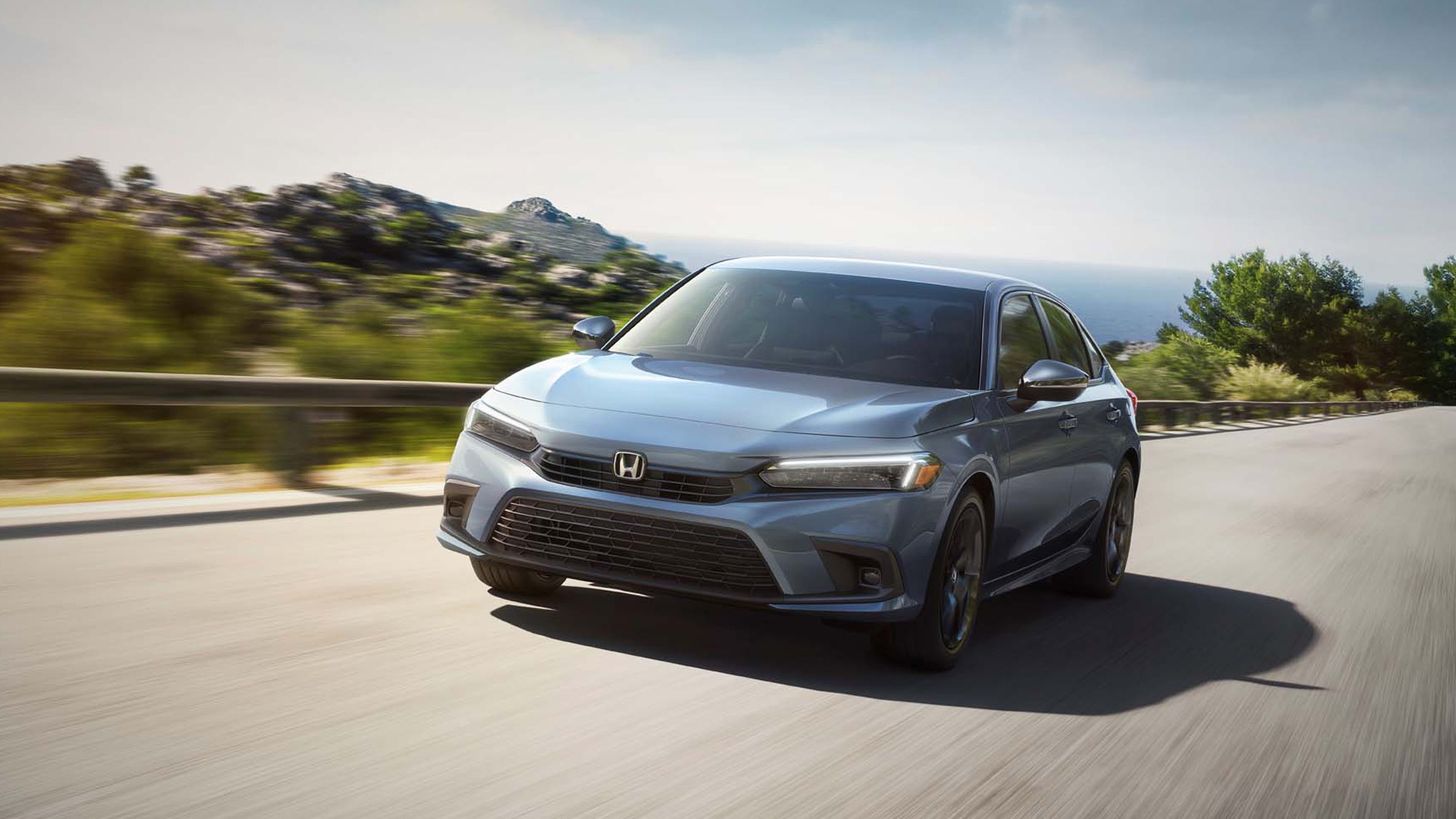 The 11th-generation Honda Civic compact sedan was unveiled Wednesday. And for this longtime small-car trendsetter, the mature, conservative styling is less of a surprise than what Honda decided not to include on the 2022 Honda Civic.

There’s no mention—yet—of a hybrid version. And it’s hard to imagine this mass-market mainstay and icon of fun, efficient motoring not making a big turn toward electrification of some sort.

To inject a piece of speculation, there might be hope yet for a Honda Civic Hybrid hatchback.

Earlier this month, Honda revved up (figuratively) its electrification plans. It sees battery-electric models and fuel-cell vehicles adding up to 40% of its North American sales by 2030. And last year it stated that 50% of its global vehicle sales by 2030 would be hybrid.

Put those two pieces together and you end up with a progressively smaller sliver that still has a gasoline engine under the hood but isn’t a hybrid.

In the meantime we have engines—customarily, Honda's forte. The 2022 Honda Civic again comes with a choice of 158-hp, 2.0-liter inline-4 or 180-hp, 1.5-liter turbo-4 engines, now paired only with a continuously variable automatic transmission (CVT). It achieves up to an EPA-estimated 33 mpg city, 42 highway (36 mpg combined) in Civic EX form.

Evolving with the market, but channeling some green-car heritage?

The Civic was a green-car innovator from the start, with the CVCC engine of the 1970s leading the industry in putting the spotlight on emissions and efficiency. Serious innovations in valvetrains and thermal areas have made the Civic’s engine consistently one of the most efficient in its peer set through the decades.

The new 2022 Civic sedan looks a good deal more like the Insight hybrid sedan, which Honda introduced for 2019. The Civic sedan design evolves nicely, borrowing some of the cues of the current Accord sedans on the outside, with the windshield arcing smoothly into the hood, and side-body creasing visually lowering the look somewhat—as does a 1.4-inch longer wheelbase.

Honda also moved the base of the windshield pillars back, for a longer hood—an unexpected visual twist for a front-wheel-drive car and the opposite of design trends surrounding EVs and other global compact cars. The flat, horizontal look of the dash appears to closely riff the look that made its debut in the groundbreaking Honda E electric hatchback.

The current-generation Civic—especially as a hatchback—seemed to excuse the lack of a hybrid with its styling, which was playful, edgy, and exciting, but the 2022 Civic sedan steers toward something much more conservative.

With the sedan’s debut, Honda revealed that the Civic will again be offered as a hatchback for the U.S. For the first time with this generation, the Civic hatchback will be made in the U.S.—with sedans from an Ontario, Canada plant and hatchbacks from Greensburg, Indiana.

If it’s any hint, Honda makes the Insight in Greensburg, Indiana, and sources the Insight’s 1.5-liter Atkinson-cycle inline-4 engine and its battery pack from a facility not far away in Ohio. That’s also where it made the previous-generation Honda Civic Hybrid sedan (until 2015).

American Honda Motor declined comment on that specifically, but noted that the Insight will continue to be Honda's electrified compact car. In Honda's clockwork five-year cadence, it has a couple more years left before anything dramatically different.

But re-upping the Hybrid Civic might be smart business to keep the nameplate going strong. Honda says that it’s built nearly 11 million units of the Civic, with more than five million of those in the U.S.

If it wants to keep up the Civic’s reputation for technology prowess under the hood as well as inside the cabin, Honda should make a Civic Hybrid hatchback in the near future for the lineup. And then, based on that five-year pattern for the Civic, a 12th-generation Civic will be introduced sometime in 2026, and it’s hard to imagine that model not chasing an even cleaner future.