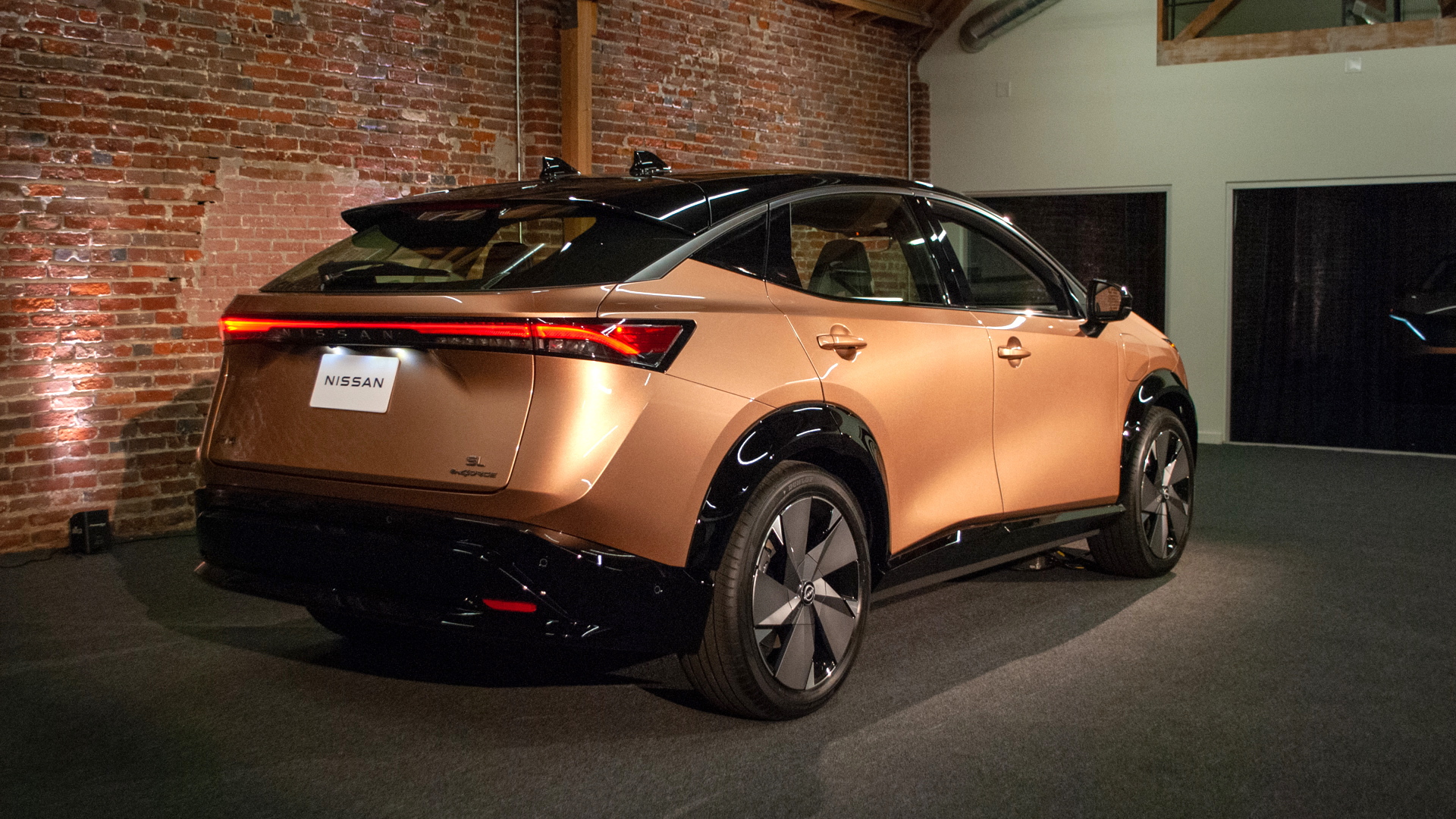 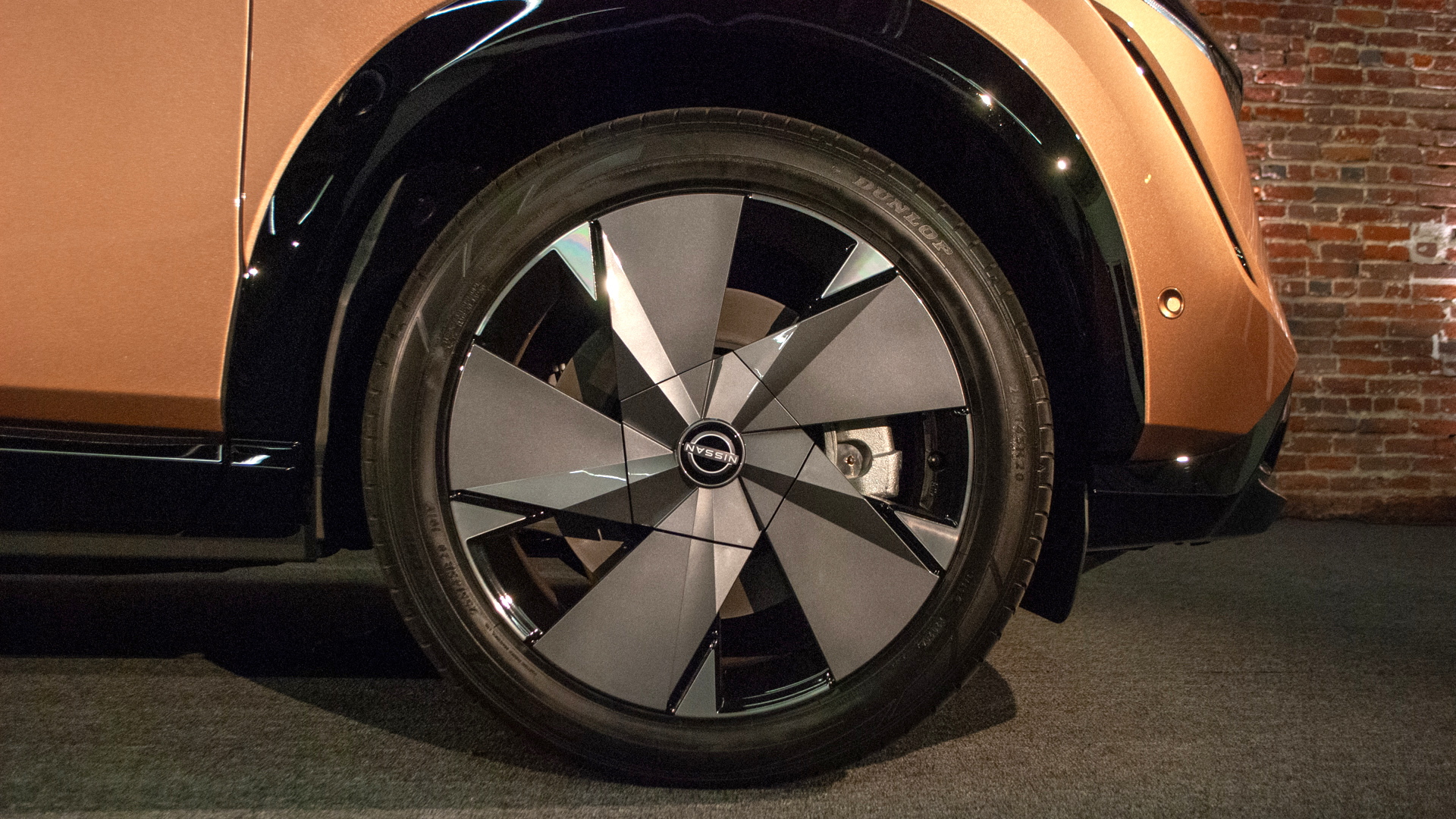 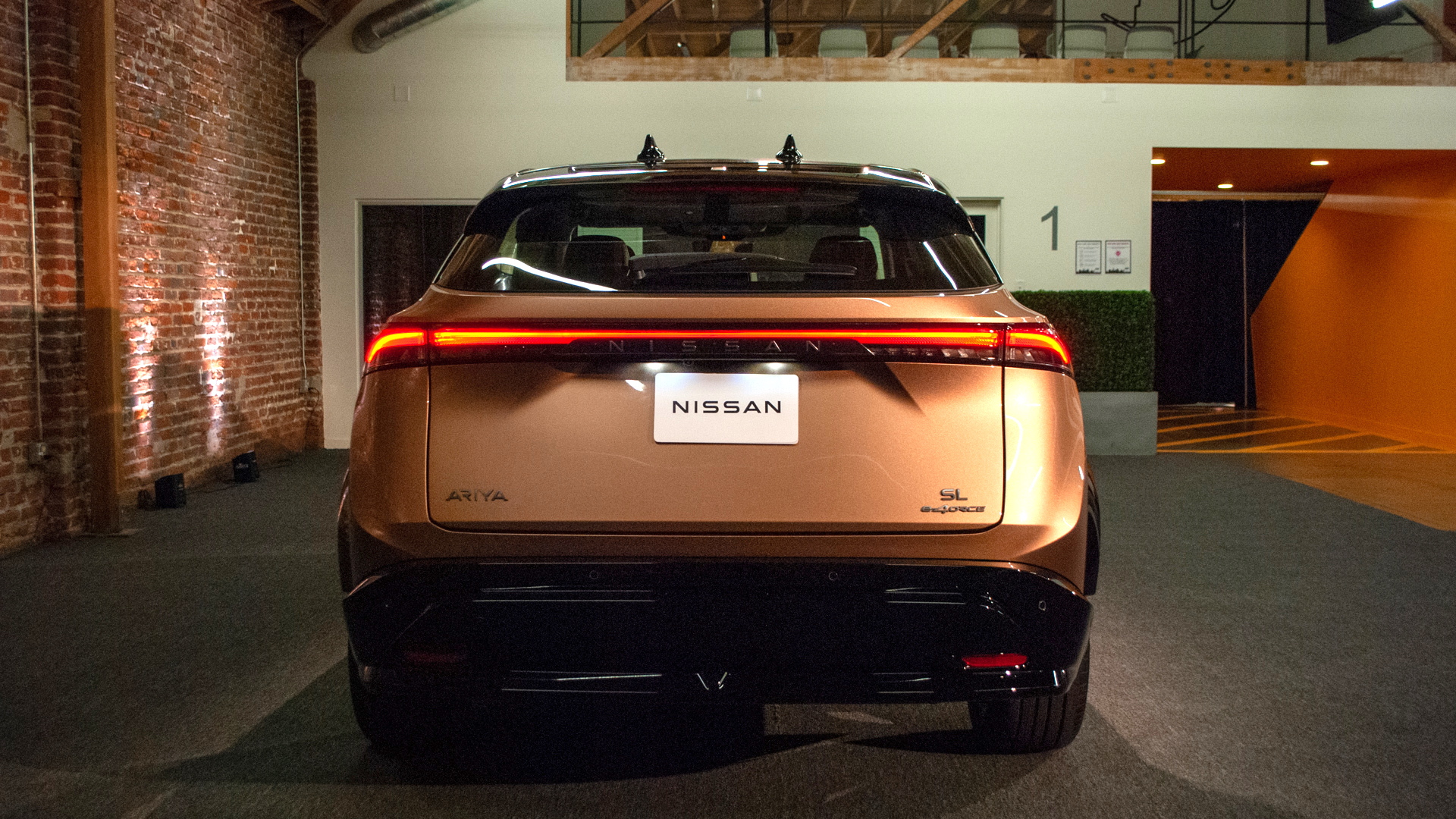 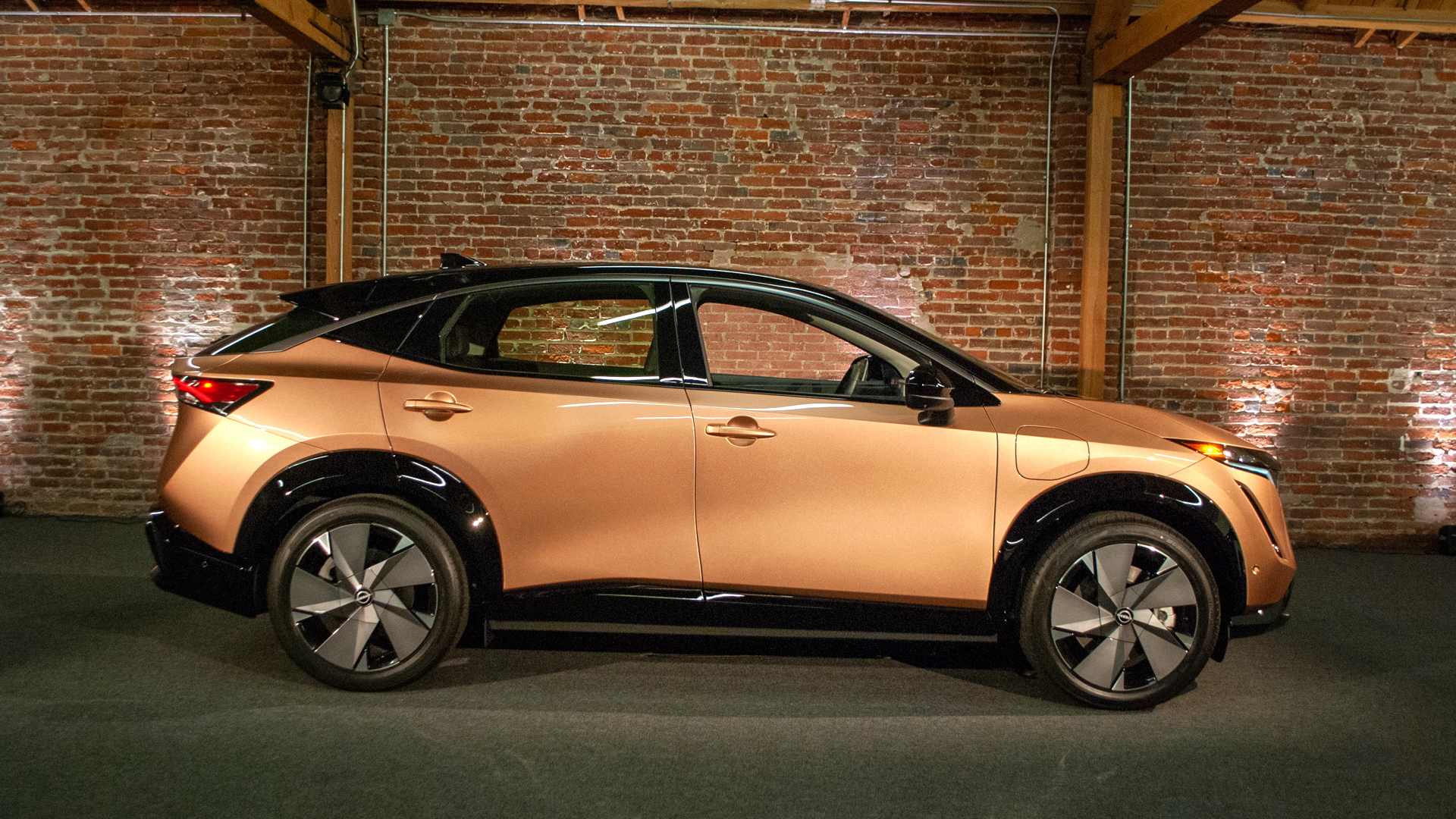 The 2022 Nissan Ariya is due in summer 2021, and last week at a studio in Los Angeles we finally got some face time with the battery-electric SUV in prototype form.

After a long gestation, the Ariya we saw looked ready to burst out of its cocoon. This is not your standard prototype, and what was shown was very, very close to production. Nissan even put an exact number on it: 98% of the prototype will make it to the production model. I tried to figure out what that 2% could be, but nothing on the prototype stood out as being non-production spec.

First things first: It is spelled Ariya, but pronounced “aria” or for Game of Thrones aficionados, like the name of a tiny Stark assassin. Secondly, in person it has some real size to it. Much like the forthcoming Volkswagen ID.4, the Ariya feels like an SUV in stature once you get next to it though it looks more sleek and hatchback-y in images. Thirdly, the smooth dash with the integrated “button” controls seems to have made it through. Nissan indicated that those controls would offer haptic feedback to let you know they’ve been activated—a must in the absence of a physical button.

While I didn’t get to spend time using the controls or trying Nissan’s new multimedia interface as we had hoped, my first “hands-on” (though I didn’t touch anything due to Covid protocols) experience with the Ariya left me with renewed optimism about the vehicle and we were able to confirm some further details about the SUV. Here are the highlights:

Nissan did confirm that both battery sizes for the Ariya, a 65 kWh (Standard) or 90 kWh (Long Range) will be offered—in the U.S., and in front-wheel drive and all-wheel drive. That means that the Long Range FWD model will offer the most range, which Nissan still guesses will be 300 miles.

Another interesting note: Long Range models will make slightly more power as well. The Standard FWD makes 215 horsepower and 221 pound-feet of torque, while the Long Range FWD makes 239 hp (with the same torque figure). The motors don’t change between the two batteries, but Nissan said with the larger battery the motors will pull more power which causes the power discrepancy.

The flat floor that battery-electric vehicles with floor-mounted batteries can offer is opening up new avenues of creativity for the lower part of the interior (below the seats) and Nissan is taking full advantage. We already knew that the center console would be adjustable forward and back to move with the driver, but the Ariya goes a step further up front and removes the transmission tunnel entirely. Below the dashboard is…nothing. Just a completely open space between the two front seats, so much so that a passenger could probably reach across with a leg and kick the driver.

I’m not sure of its usefulness as additional storage, and you really don’t want an object sliding into the pedal area and interfering with the Ariya’s operation. But it does make the front of the SUV feel extremely open and gives the front passenger even more room to stretch out.

Nissan’s update to its ProPilot 2 system has already launched in Japan, but will make its U.S. debut on the Ariya. The biggest addition in ProPilot 2 is the introduction of hands-free driving. This is still a level 2 autonomous system, but the addition of a small camera to make sure the driver’s eyes are on the road means that the Ariya will drive itself hands-free on most U.S. highways.

The system also offers a lane-change button on the steering wheel and it will monitor the navigation instructions as well. If it knows an exit is coming up, the Ariya will change lanes as needed to exit the highway and notify the driver that they need to intervene as the SUV hits the off-ramp. This requires an exact level of GPS tracking and that is why the Ariya has two shark fin antennas just ahead of the rear liftgate.

The Ariya will debut in one powertrain configuration at launch, with others to follow in an order that has yet to be determined. Our best guess would be some kind of expensive launch edition with the Long Range battery, followed by the other variants. Nissan is targeting a release “by the end of next year (2021)” and did not offer any pricing updates beyond what has been previously reported, which would indicate a starting price of around $40,000 before rebates.

It’s going to be a busy year for battery-electric SUVs in 2021, with the Ford Mustang Mach-E and Volkswagen ID.4 also set to arrive. Each of these vehicles promises some variation of the same thing: SUV utility, new multimedia setups for each company, and plenty of range. It will be interesting to see which company can execute this shared vision the best.