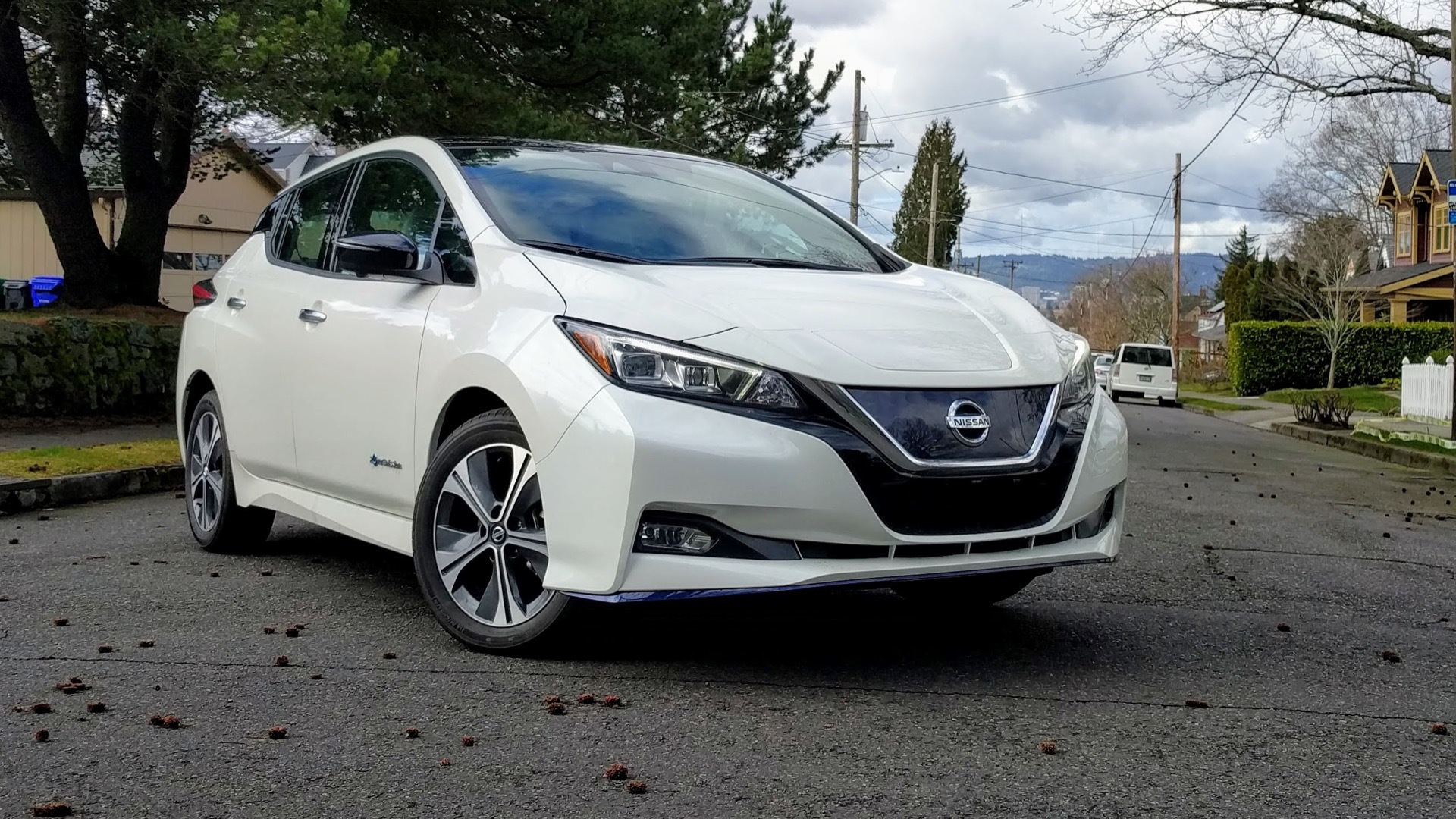 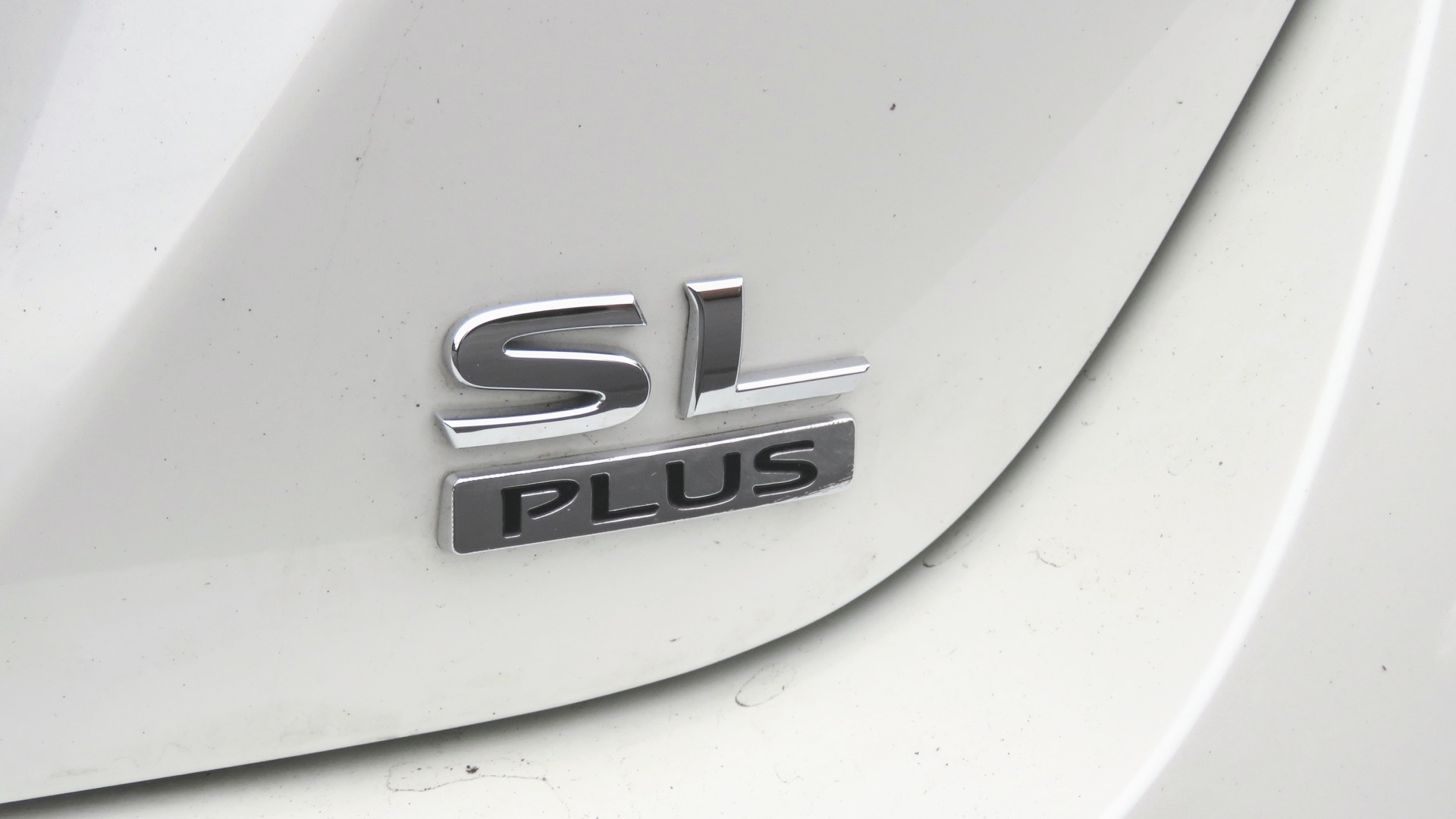 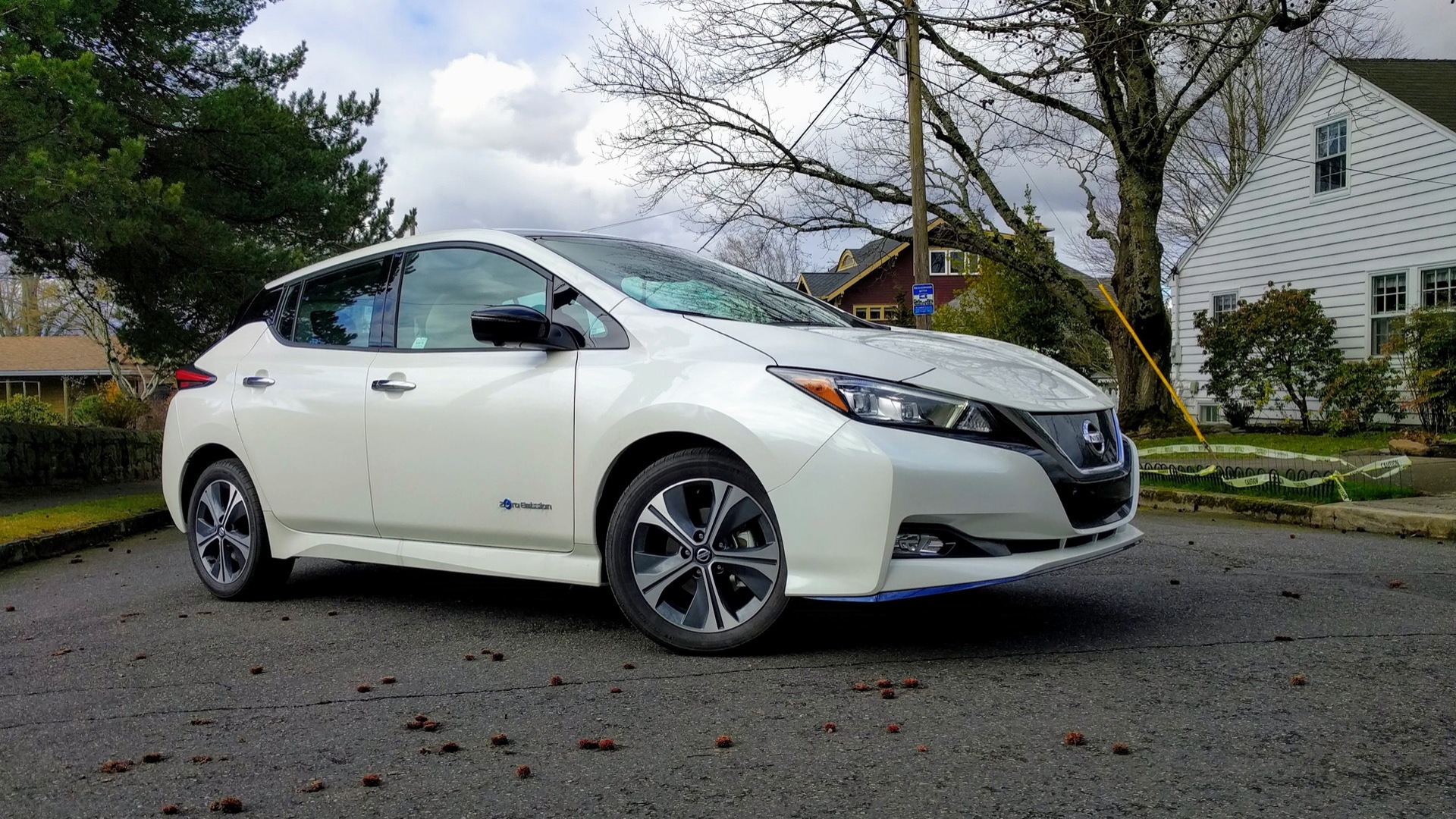 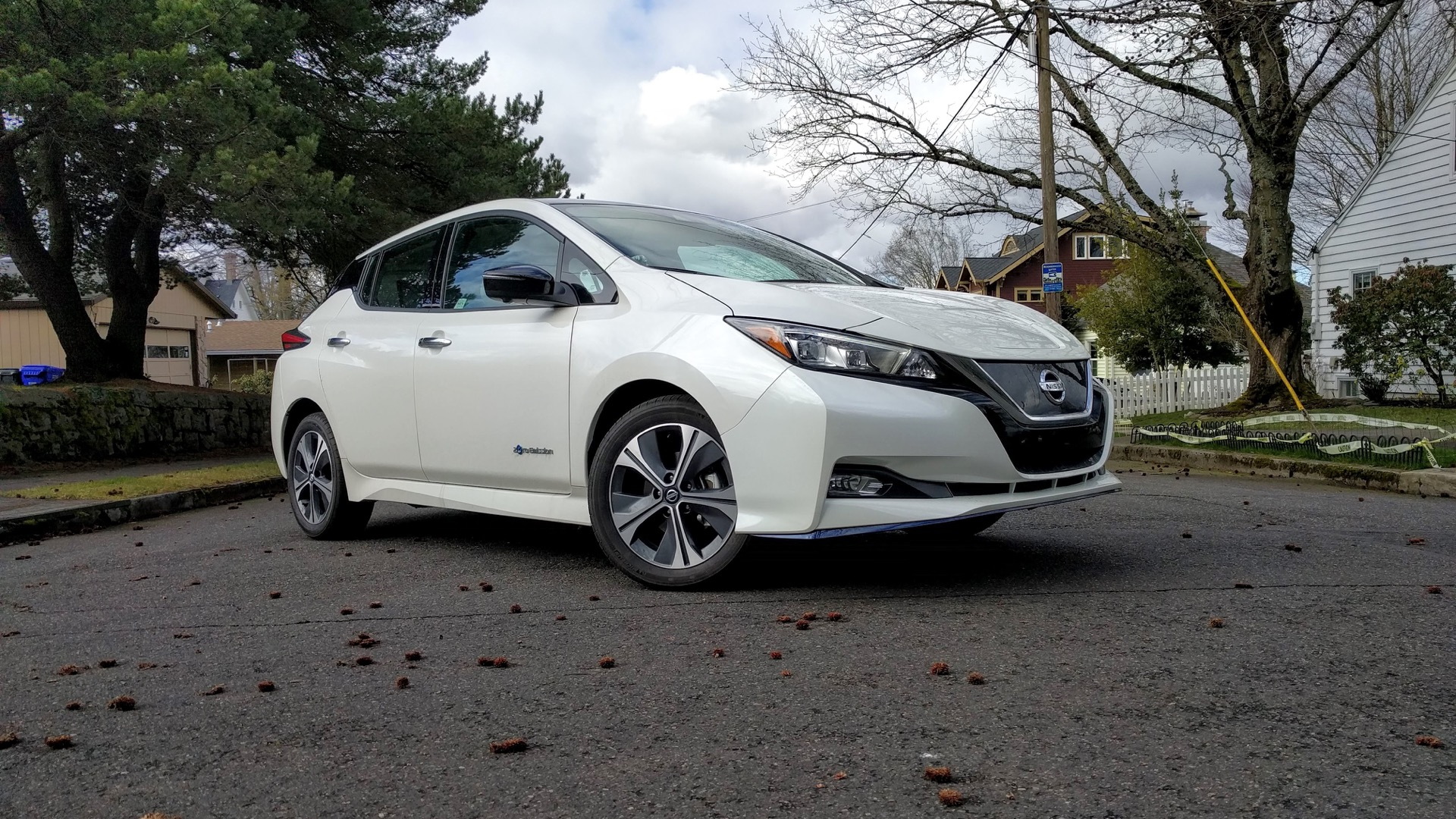 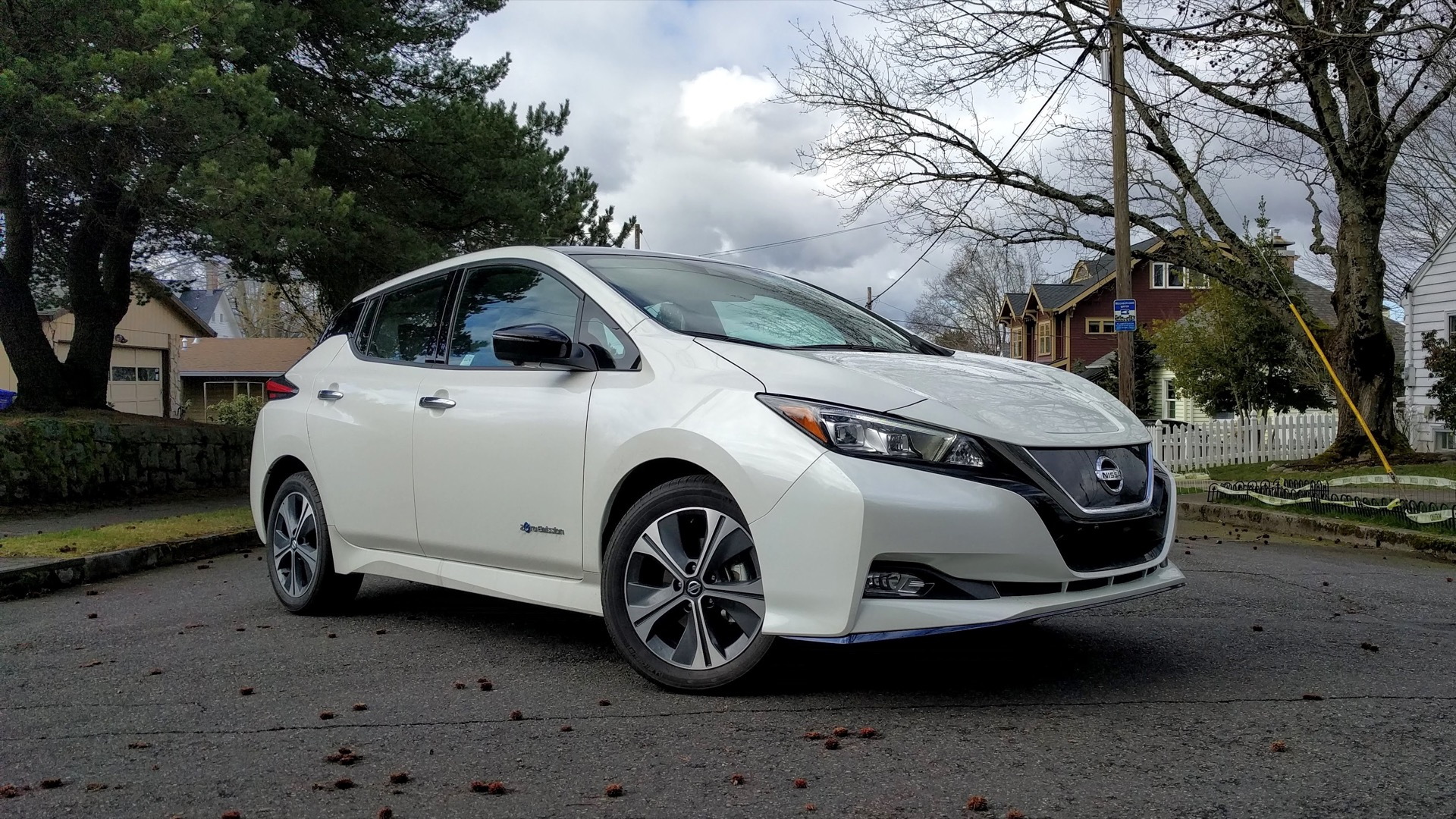 If more power, a 226-mile range, and a $39,405 base price—before considering the full $7,500 federal EV tax credit you can still get—collectively seems like the sweet spot for the Leaf, you probably have GM to thank.

Nissan has admitted that it never planned to push the Leaf above a 40-kwh battery pack and beyond a rated range of 150 miles. But with the introduction of the Chevrolet Bolt EV in 2015, it stepped up its plans for the second-generation Leaf, which made its debut last year.

By shoehorning a new 62-kwh pack into the 2019 Leaf Plus, Nissan now has an electric car that, as we found this past week, will go more than 150 miles between charges, at U.S. Interstate speeds, in the cold.

DON’T MISS: 2019 Nissan Leaf Plus vs Leaf: A first look at the differences

On a chilly, clear Pacific Northwest night, with temps starting at 44 degrees and falling to 39, and the adaptive cruise control portion of the Leaf’s ProPilot system on and set to 65 mph for much of the drive, we went 152 miles on the highway in the Leaf, before exiting at 5 percent remaining—slowing down slightly near the end of the trip to make sure we had an extra margin. Turns out we didn’t need it; after another 10 miles on local streets we were still at 2 percent.

After being plugged in with 2 percent charge remaining, the Leaf Plus charged to full in about 10.5 hours—considerably less than its listed 11.5 hours, and perhaps an indication that it still had quite a bit of charge and range remaining.

The day prior to the highway run, I’d driven the Leaf Plus about 140 miles, in a daytime mix of city and suburban conditions, including somewhat traffic-clogged expressways and boulevards, with ambient temps in the low 50s; in that driving environment, the trip computer estimated nearly 70 miles remaining—or a total of about 210 miles on the charge.

CHECK OUT: Tesla Model 3 Standard Range vs. Nissan Leaf Plus: What you get for your money

It’s not just range, though; the Leaf Plus promises more fun. With a big step up in motor power to 214 horsepower (160 kilowatts), versus 147 hp (110 kw) in the standard 40-kwh Leaf, the Leaf Plus can get to 60 mph in seven seconds—about a second quicker.

In terms of seat-of-the-pants feel, the Leaf Plus’ launch remains limited by the traction of its 215/50R17 Michelin Energy Saver tires—the same size as for non-Plus models. The added power is however felt where suburban commuters are going to appreciate it: between 40 and 70 mph, especially.

If you appreciate a more linear acceleration feel, like what you’ll find in the Tesla Model 3, the BMW i3, or the Volkswagen e-Golf, you’ll likely want to drive around (as we did) in the Eco setting, which softens tip-in. We drove a fair amount in the Leaf’s ‘B’ mode, which allows more brake regeneration. The e-Pedal mode is satisfying and allows one-pedal operation, but it can feel too grabby for passengers. Using ‘B’ achieves better efficiency anyway, we’ve been told, as e-Pedal uses the friction brakes.

The 62-kwh pack introduces about 340 pounds of added weight and is slightly higher, so it props the Leaf up to 0.4 inches higher and required the retuning of the suspension.

The net effect of the suspension changes is that the Leaf Plus rides a little choppier on most surfaces, and it can have more of a secondary “hop” on some harsh transitions compared to the 40-kwh car. It was especially unhappy with the speed bumps in my neighborhood that our first-gen Leaf can take without waking the baby. The quicker-ratio steering that makes the Leaf feel a little more nimble in city streets, combined with whatever slight suspension changes in the Plus, seemed to require frequent small adjustments and make this longer-range version less relaxed on the highway.

We have a first-generation Leaf in our household, and this very tall driver (6’-6”) finds the seats of the older car much more comfortable and supportive than the newer Leaf seats, which while wider and more luxurious-looking seem to focus back and shoulder support on a smaller area. Like the rest of the second-generation Leaf lineup, the Plus has an extremely quiet ride.

The sound system on our test car was great, and the center infotainment system and display is a big step forward, with high-contrast displays and an easy-to-understand set of efficiency tools. We remain less convinced by the Leaf’s gauge cluster, which has been relocated very close to the driver’s eyes and left us with eye fatigue—from frequent field-of-focus changes, we suspect.

Here in the Pacific Northwest, the Leaf’s ubiquitous CHAdeMO fast charging remains its most obvious advantage over vehicles that use CCS (Combo), still opening up highway routes we might not take with other long-range hatchbacks like the Chevy Bolt EV or Hyundai Kona Electric.