Foxconn—the Taiwanese company best known for contract manufacturing of the Apple iPhone—announced Friday that it had developed an open platform for electric cars. The company also said it would commercialize solid-state battery technology by 2024.

Dubbed MIH, the platform is billed by Foxconn as "the Android system of the EV industry," referencing the Google-owned device-agnostic smartphone operating system used by most of the iPhone's rivals.

Just as Android is used in a variety of phones from different manufacturers, Foxconn said in a press release that it anticipates MIH will be used by multiple automakers in everything from sedans to SUVs.

The company also said it would work with partners to develop a "software-defined open ecosystem" for EV manufacturing, although it's unclear what that means.

Alongside the MIH platform, Foxconn announced plans to commercialize solid-state batteries by 2024. As the name implies, these batteries use a solid electrolyte, rather than the liquid used in current lithium-ion battery chemistry. Proponents believe solid-state batteries will have greater energy density than existing batteries, allowing for more range without making battery packs physically larger.

While the only commercial transportation application for solid-state batteries so far has been a Mercedes-Benz bus, several companies are looking to use these batteries in passenger cars. Both Volkswagen and Toyota have said that could happen by the middle of the decade but, oddly, Toyota battery partner Panasonic has indicated that commercially-viable solid-state batteries could be a decade away. 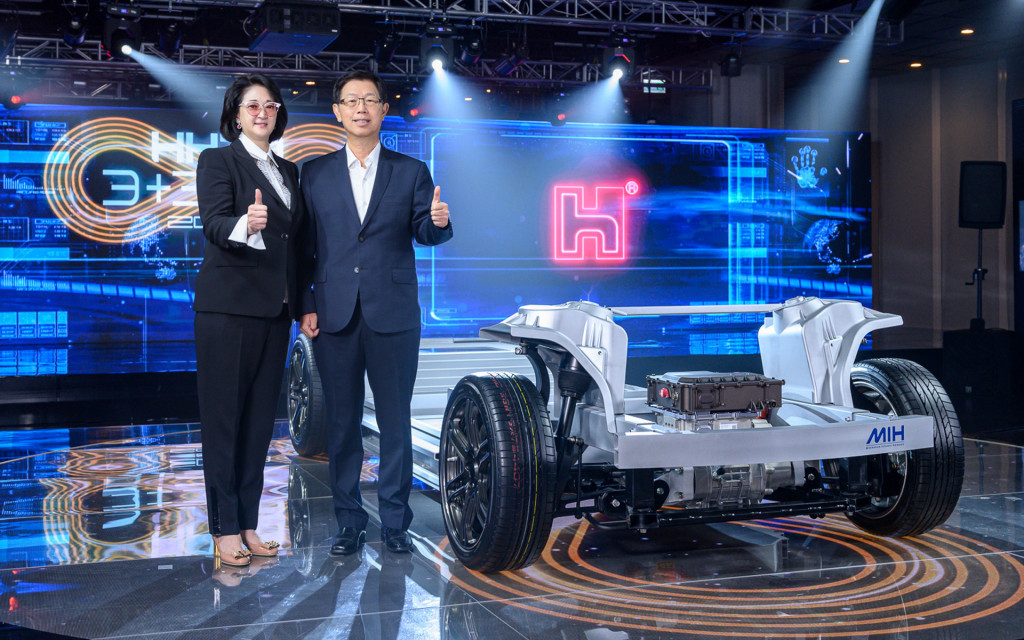 The MIH platform and solid-state battery goal are the latest in a series of attempts by Foxconn to break into the automotive sector.

In 2014, the company said it was developing an electric car that would sell for less than $15,000, and would have likely been built in China.

More recently, Foxconn entered discussions about a joint venture with Fiat Chrysler Automobiles (FCA), which is in the process of merging with France's Groupe PSA to become Stellantis.

Although it’s out of the business now, Foxconn also helped start Future Mobility, which evolved to become now-troubled automaker Byton. That firm's main selling point was an elaborate infotainment system complete with a gigantic screen that wrapped across the top of the dash.

Several years ago, the Apple car—also known as "Project Titan"—was reportedly moving through the tech giant's approval process. If Apple had decided to launch a car, it would likely have used a contract manufacturer, as it’s done with phones and other devices via Foxconn.

Contract manufacturing isn't unheard of in the automotive industry, but an electronics manufacturer like Foxconn breaking into the business would be novel.