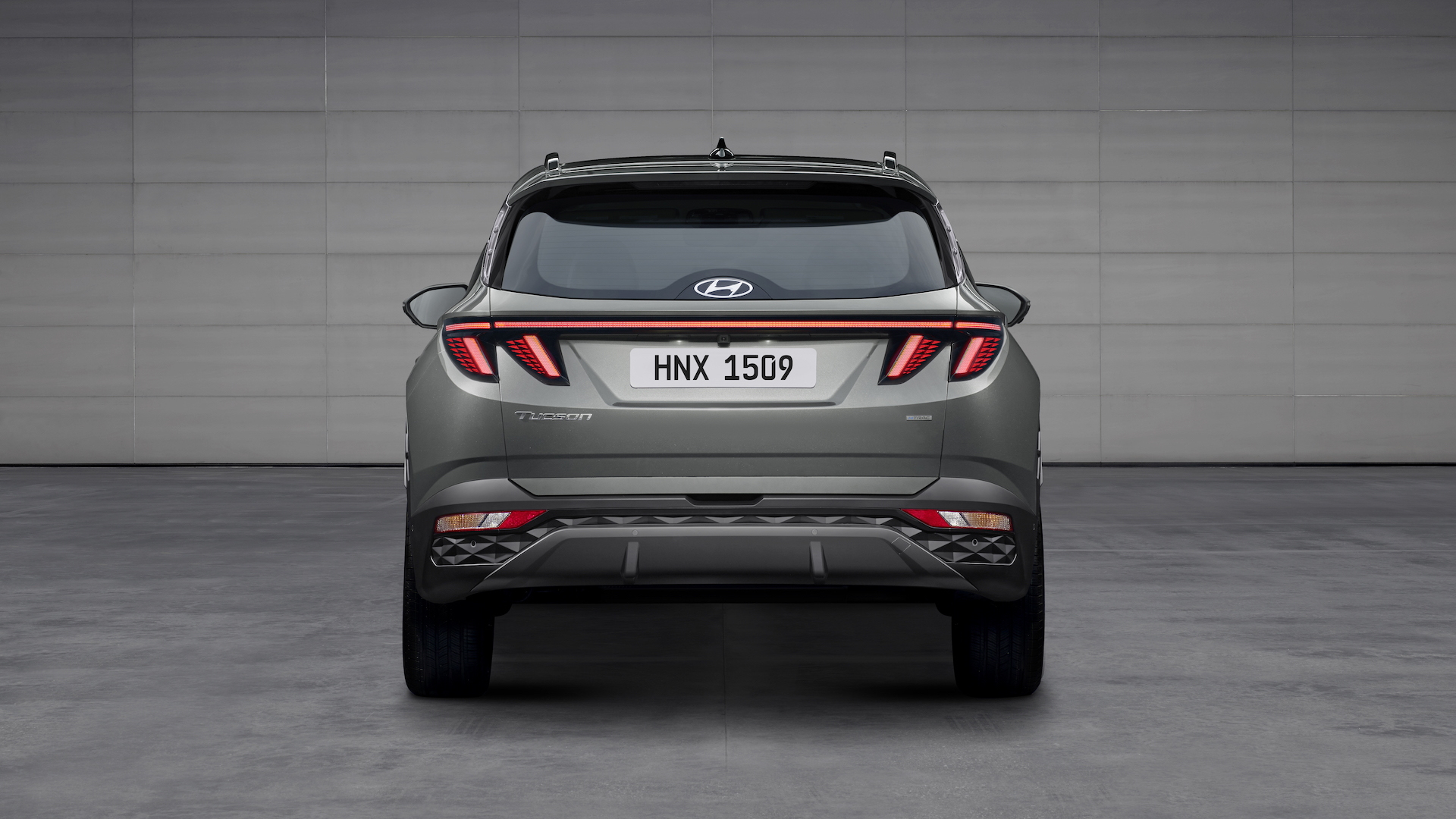 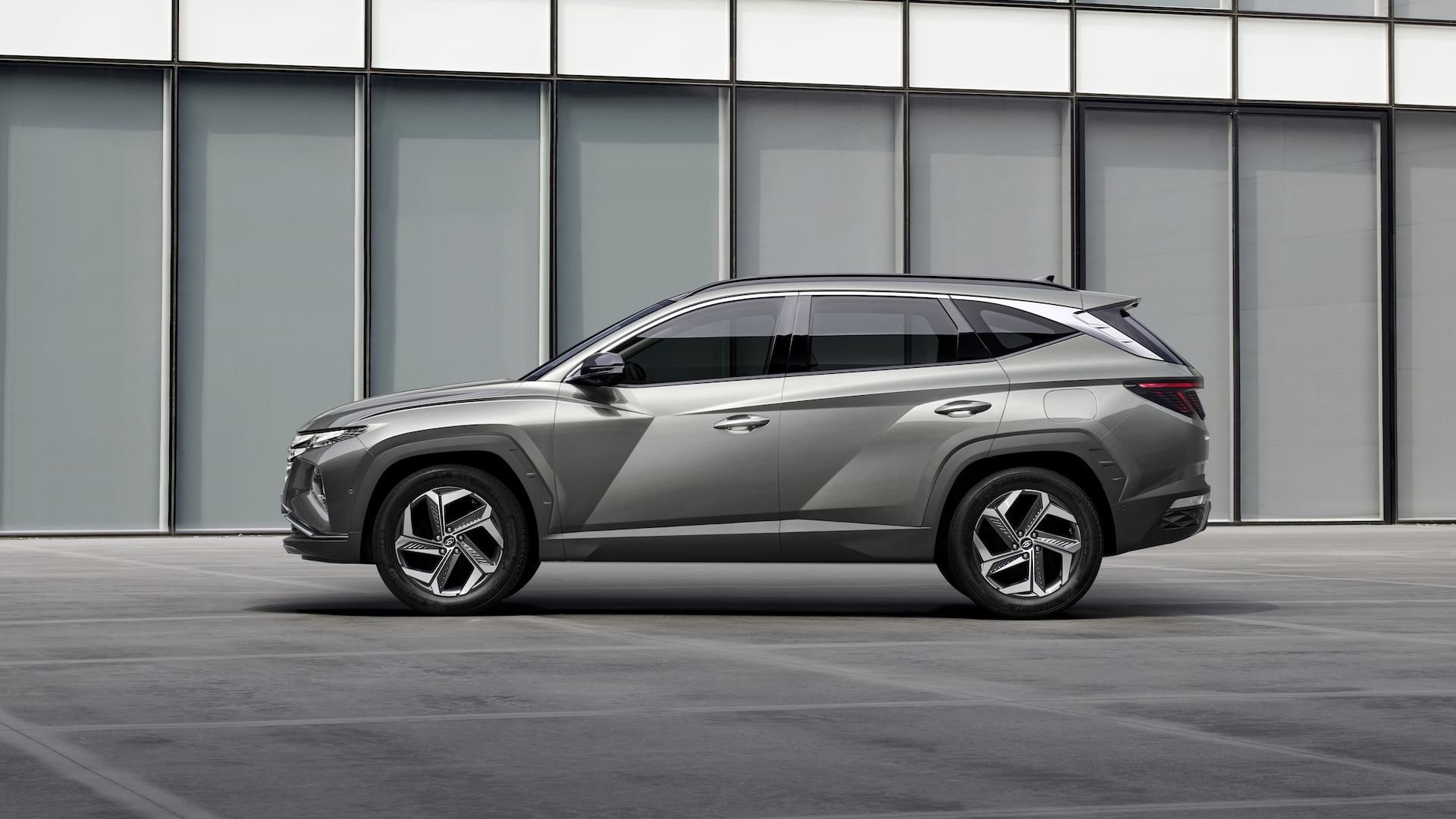 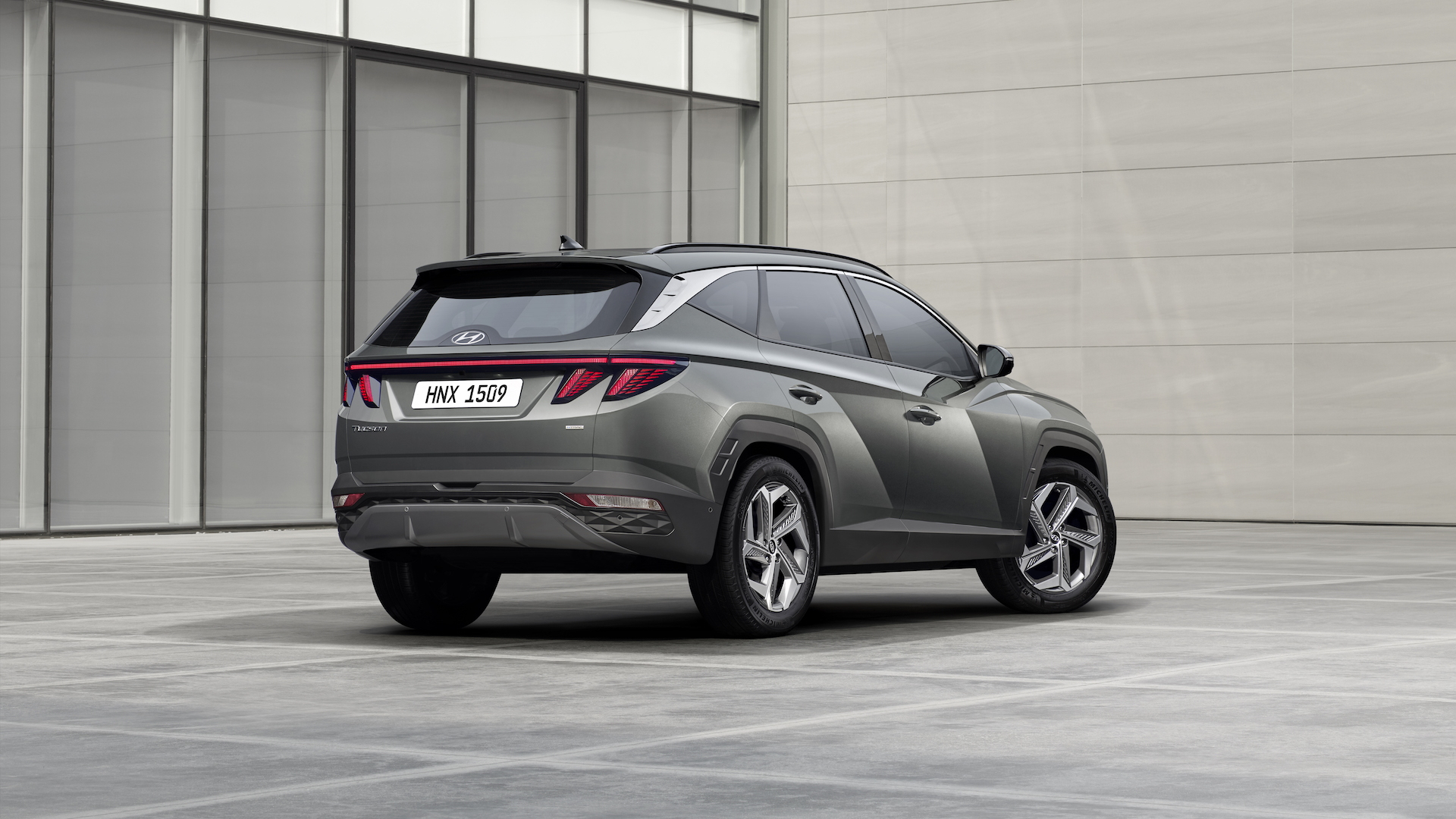 Hyundai revealed a new fourth-generation version of its Tucson compact crossover Monday, and it includes both hybrid and plug-in hybrid variants.

While Hyundai hasn’t yet unpacked the numbers for things like fuel economy, electric range, or battery size, the addition of those models includes a much more expressive new design and some standout new tech features should add a lot of appeal to the lineup. It should also result in a 2022 Hyundai Tucson Hybrid that’s very competitive versus the Toyota RAV4 Hybrid, Honda CR-V Hybrid, and Ford Escape Hybrid, and a 2022 Tucson plug-in hybrid that’s a challenger to the Toyota RAV4 Prime and Ford Escape Plug-in Hybrid.

In the Tucson hybrid and plug-in hybrid versions, a 1.6-liter turbo-4 makes 180 horsepower and 195 pound-feet of torque, with a total output of 230 horsepower. It comes mated to an e-motor system that connects to an 8-speed automatic transmission, largely mirroring the setup in the Hyundai Sonata Hybrid.

A 51-hp permanent magnet synchronous motor fits near the input shaft of a 6-speed automatic in the Sonata Hybrid, with a clutch allowing the engine to be decoupled from the motor and transmission.

Hyundai officials said in a presentation that the hybrid version would have fuel economy sufficient enough to travel from Los Angeles to Tucson in about a tank of gas—about 485 miles.

The hybrid Tucson models also have what Hyundai says is a first-in-class E-handling technology, in which the drive system itself will help improve directional stability.

Some of the technology features that show up in the Tucson seem uncannily appropriate as we write this from forest-fire-choked air quality—such as the climate control’s ability to monitor air quality and purify the air to suit. The feature, which Hyundai previewed last year, has its own laser-based fine-dust sensor, and is the first model on the market, according to Hyundai, to have a complementary technology aimed at reducing moisture—and thus odors—from the air-conditioning evaporator.

The engine itself has Hyundai’s emissions-cutting Continuously Variable Valve Duration (CVVD) tech that made its debut in the 2020 Sonata family, allowing it to selectively change the intake-cam’s duration and, effectively, to temporarily change the engine’s compression ratio.

A new car-to-home feature lets owners control smart appliances from the car, pre-cooling or pre-warming the vehicle (including the seats and steering wheel—with just a simple voice command). Furthermore, the Digital Key system that is now offered in the Sonata is also available here, allowing a smartphone app to effectively function as the vehicle key, with locking and unlocking capabilities and remote engine start or climate-control operation from up to 90 feet away.

Another leading-edge trick feature the Tucson will inherit from the Sonata is its remote self-parking, allowing the vehicle to get itself in position as you stand back.

Hyundai says that the Tucson’s infotainment system will have improved connectivity with smart phones and devices—yes, Apple CarPlay and Android Auto, with the capability to connect two phones at once—and enhanced voice recognition for its navigation system. A suite of Blue Link connected services is complimentary for three years.

The 2022 Hyundai Tucson will go on sale in the first half of 2021. Expect more about the timing of the Tucson hybrid and plug-in hybrid, along with their U.S. specs, pricing, gas mileage and more, in the coming months.