In a campaign video meant to emphasize the presumptive Democratic nominee's love of cars, former Vice President Joe Biden mentioned that an all-electric Chevrolet Corvette is in the works.

"They tell me, and I'm looking forward if it's true to driving one, that they're making an electric Corvette (that can) go 200 miles an hour," Biden said in the "Joe Biden Gets Vetted" video released this week. 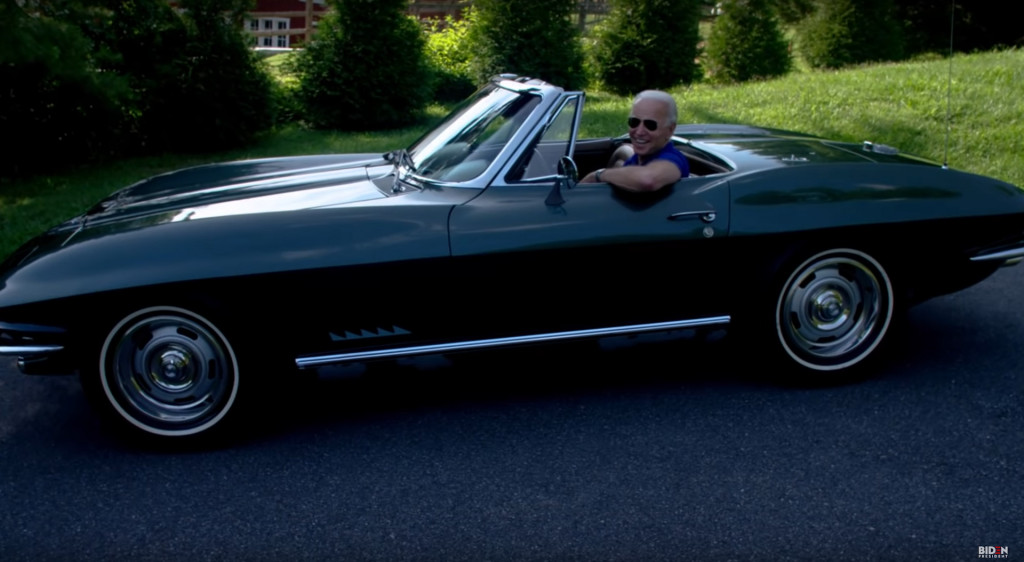 Joe Biden in a C2 Corvette in campaign video

Rumors of an electric Corvette have circulated since before the current C8-generation's 2020-model-year release. However, a General Motors spokeswoman told the Detroit Free Press that nobody at the automaker told Biden about an electric Corvette, and that GM does not comment on speculation.

In March, GM confirmed 12 new electric models based on its Ultium component set—but a Corvette was not among them. GM is also thought to be working on a hybrid model, likely called Zora, that would combine a gasoline V-8 with at least one electric motor. But the automaker hasn't publicly confirmed that model, either.

A 200-mph electric Corvette does exist, but it's an aftermarket conversion of the previous-generation C7 model, built by Maryland-based Genovation.

There's been a lot of talk about my vetting process lately. Here’s an inside look: pic.twitter.com/tFRKJOE3hi

Biden briefly mentioned the electric Corvette as part of a larger point that electric cars could revitalize the United States auto industry.

"I believe we can own the 21st century market again by moving to electric vehicles," Biden said in the 90-second campaign ad, where he showed off his own 1967 Corvette convertible.

That's not an opinion shared by our current President, who criticized GM's plan specifically last year, saying EVs were "not going to work."

Trump attempted to pull the plug on the electric vehicle tax credit with last year's budget. The tax credit, which gives buyers of new electric cars up to $7,500 back from their federal taxes, survived, but an extension of the EV tax credit was reportedly cut directly by the White House late last year.