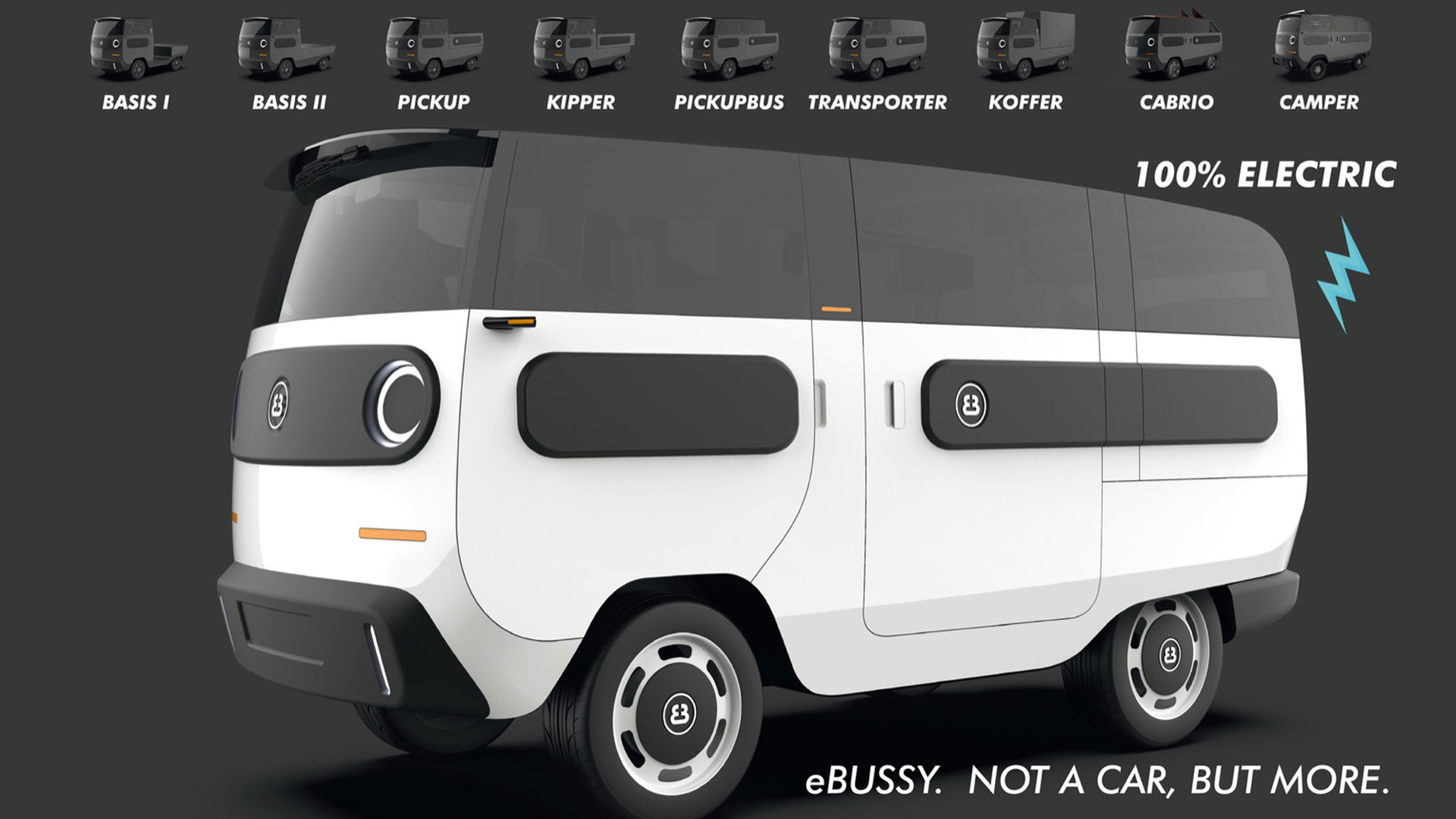 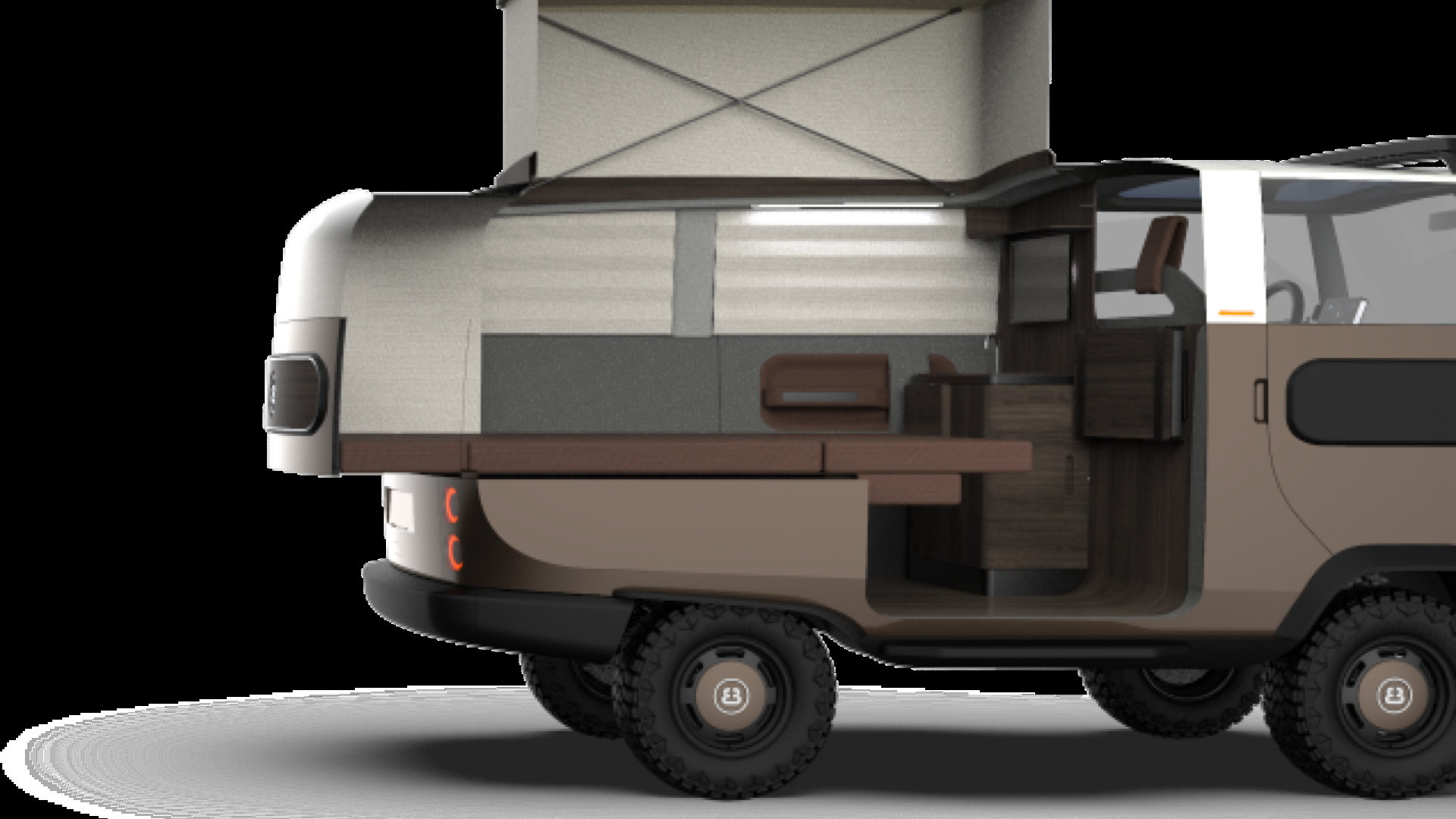 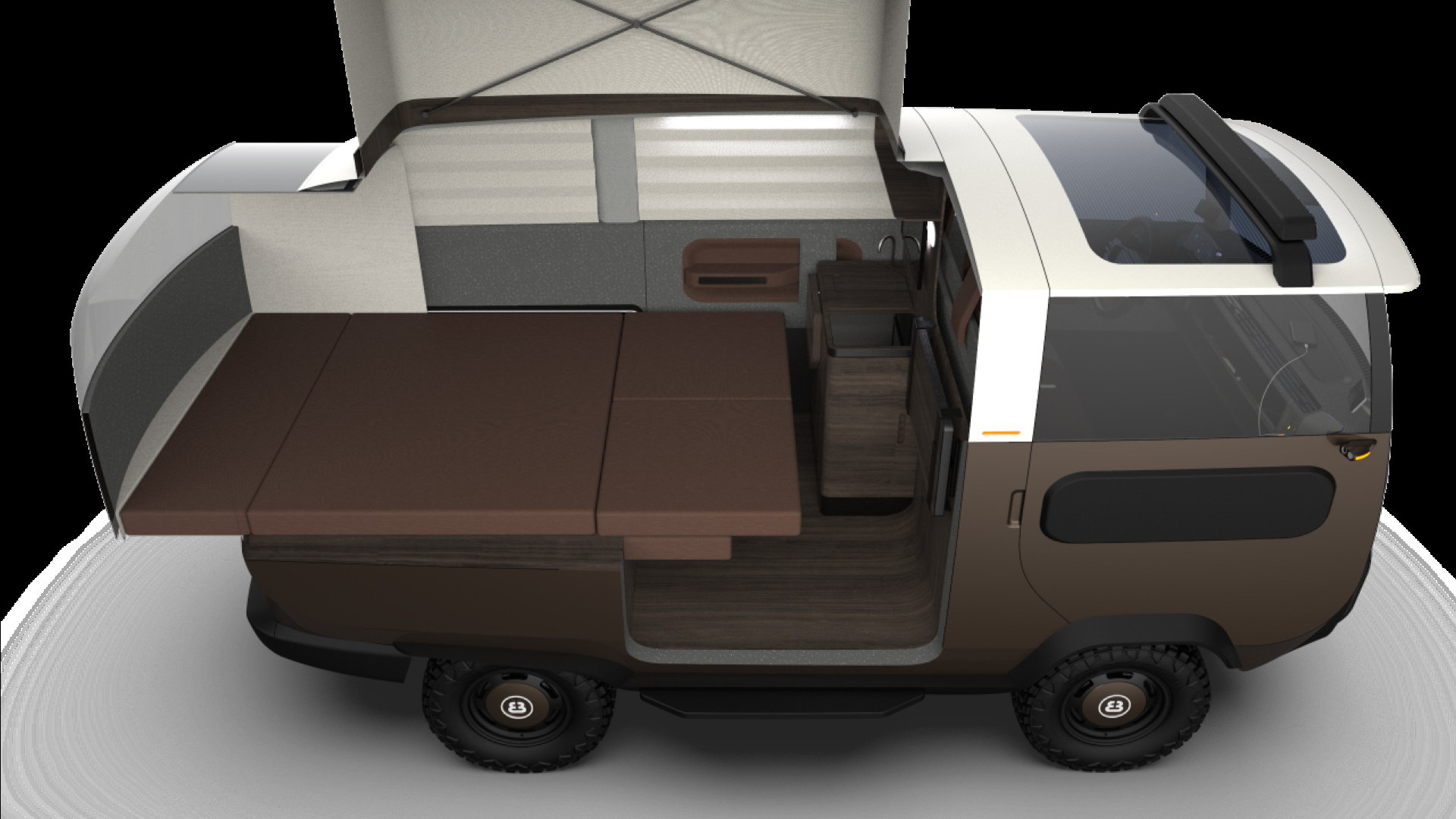 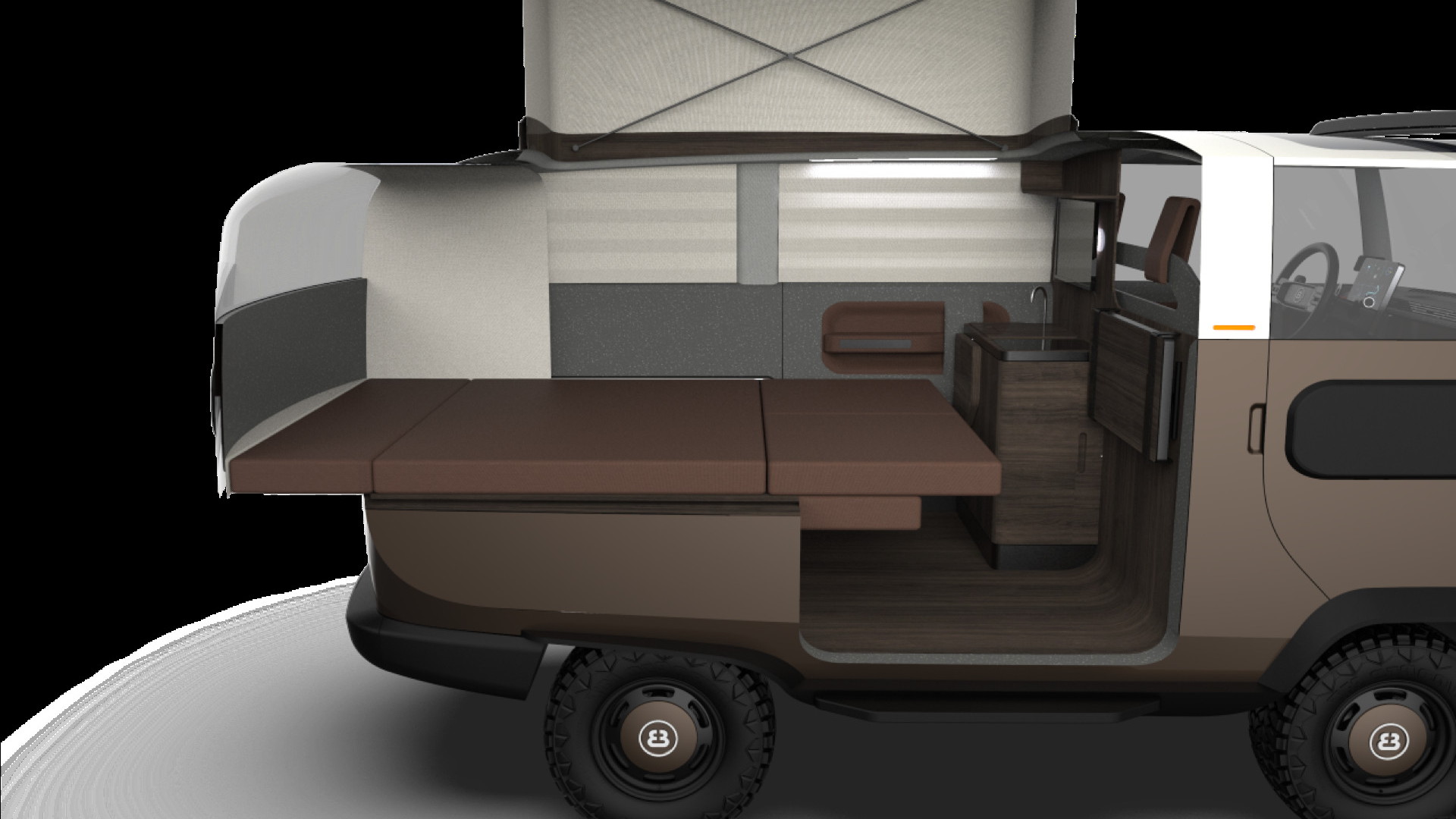 The Volkswagen ID Buzz concept hints that the classic Microbus is going to get bigger. For those who think that's the wrong direction, there's the eBussy, a modular electric van that also originates in Germany.

The company behind it, Electric Brands, started out making electric scooters, and is now hoping to move into four-wheeled vehicles.

With its tiny proportions and retro-cute styling, the eBussy looks like the midpoint between a Japanese kei car, the Honda E, and the original Volkswagen Type 2 Microbus. The name, however, incorporates a well-known slang term, giving it connotations Electric Brands' marketing department likely didn't intend.

While it hasn't started production yet—and it appears that what has been teased so far are all or mostly renderings—Electric Brands has promised 10 body styles, some, such as a pickup truck and passenger van, echoing the VW Type 2.

Next to the eBussy, a Type 2 seems gigantic. At 143 inches long, the eBussy is shorter than a Honda Fit. It's also fairly light for an EV, with quoted curb weights between 992 pounds and 1,322 pounds. Cargo capacity is 2,220 pounds.

The eBussy can also be easily converted from left-hand to right-hand drive by sliding the steering wheel and instrument cluster across the dashboard (presumably the same can be done with the pedals). Drive-by-wire technology makes this possible, although Mercedes-Benz has done the same for years on its Unimog utility vehicle with conventional mechanical components.

Power is provided by hub-mounted motors making 20 horsepower apiece, with 737 pound-feet of torque (note: this is likely gear-multiplied wheel torque). Base models get a 10-kilowatt-hour battery pack estimated to provide 124 miles of range (likely on the more lenient European WLTP testing cycle). An optional 30-kwh pack boosts range to 373 miles by itself, or 497 miles with help from an optional solar charger.

In addition to the flexibility afforded by the different body modules, the eBussy would include sliding battery or cargo trays underneath, allowing a level of flexibility that hints to what VW has offered in the past.

Electric Brands hasn't discussed selling the eBussy in the United States, but in Europe it's priced at the equivalent of $18,300 for a base model, with the price rising to $33,300 for a range-topping all-wheel drive camper version.

This isn't the only unusually styled electric van. California startup Canoo hopes to offer its electric people-mover under a subscription model. Like the eBussy, Canoo's EV uses drive-by-wire technology for its controls. However, it appears more narrowly focused on urban driving.