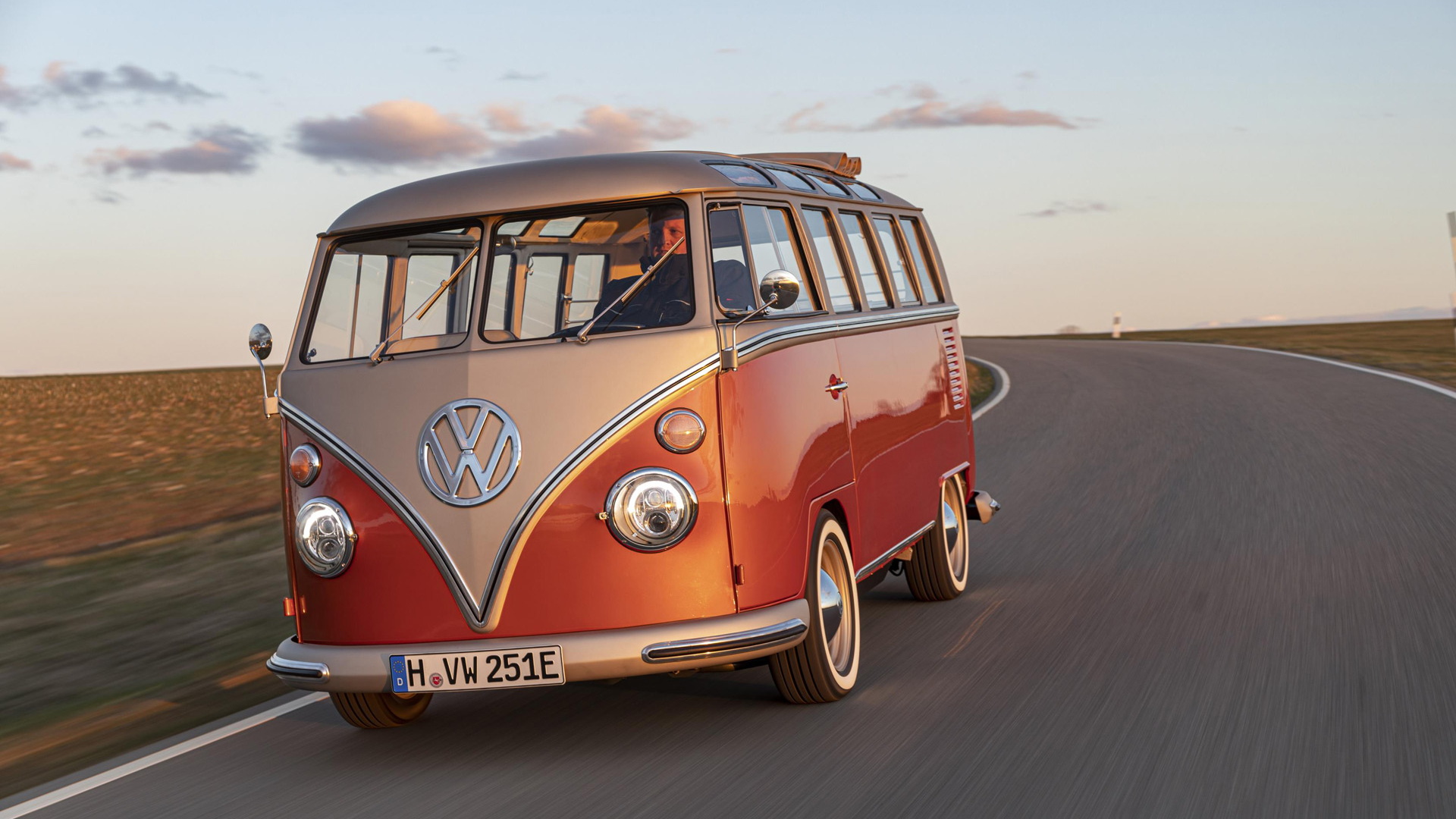 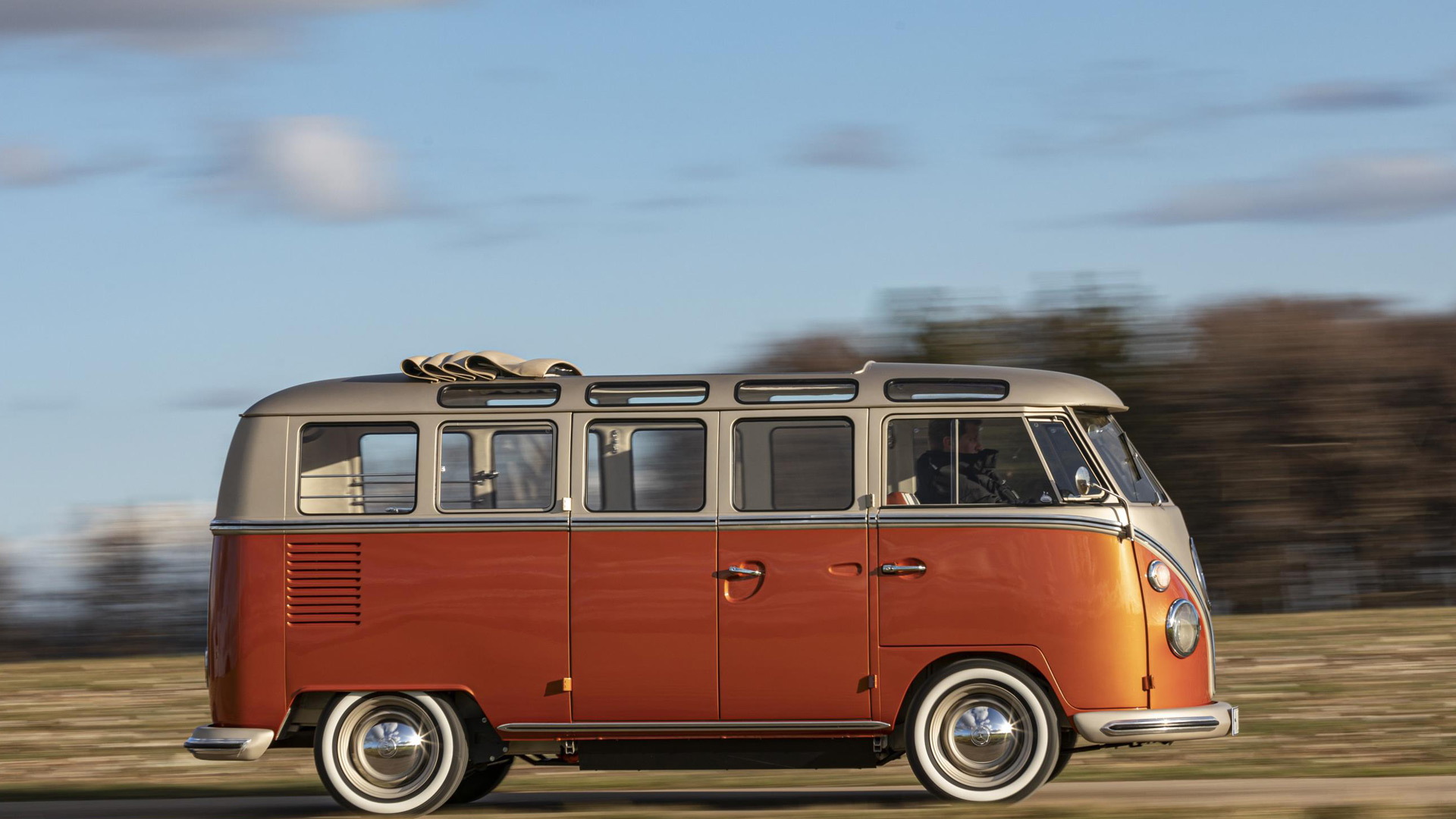 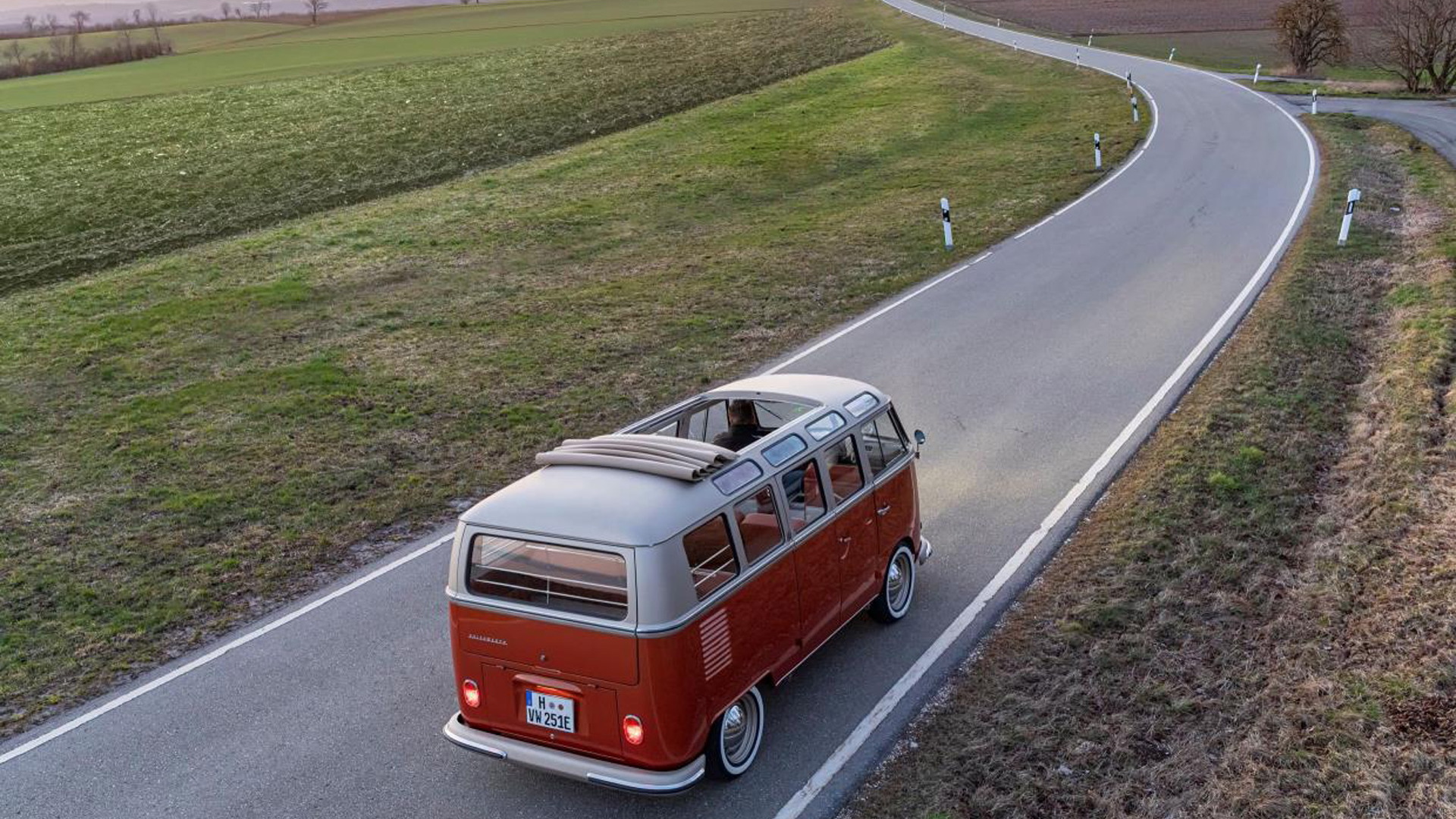 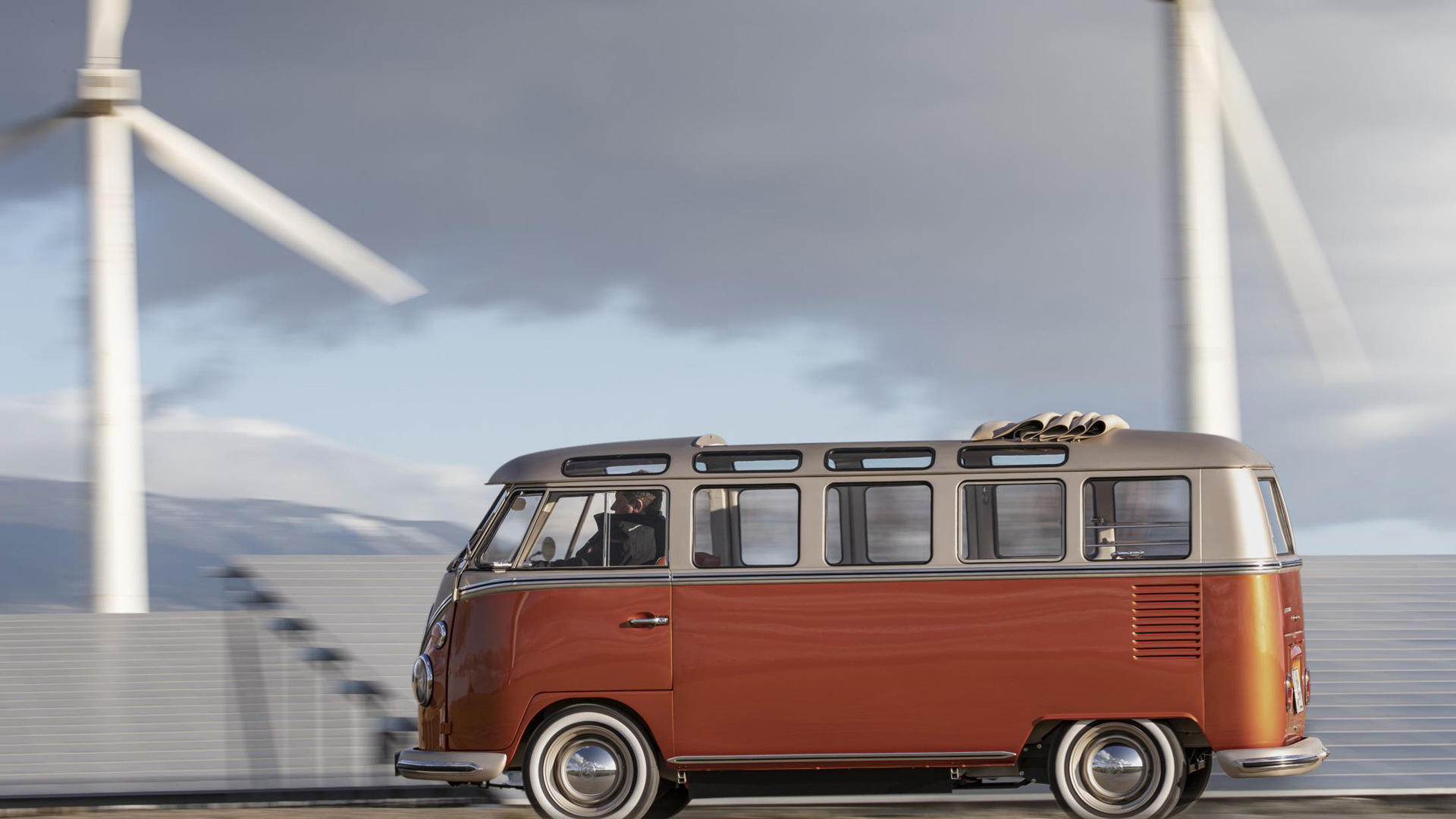 Volkswagen plans to launch a new electric vehicle inspired by the classic Microbus, but in the meantime the automaker has partnered with eClassics on an electric conversion of the original.

The two companies previously teamed up on an electric Beetle conversion, which used powertrain components from the e-Up minicar sold in Europe. Conversions are now being offered for the original, T1-generation Microbus, as demonstrated on this 1966 Samba.

Dubbed e-Bulli, the converted vehicle has a single electric motor, which makes 89 horsepower and 156 pound-feet of torque. That's a significant increase over the 43 hp and 75 lb-ft of the Microbus' original flat-4 engine.

Power is sent to the rear wheels, and it includes a "B" mode for increased regenerative braking. Top speed is electronically limited to 80 mph.

A 45-kilowatt-hour lithium-ion battery pack sits under the floor. Range is estimated at 124 miles, likely based on the more lenient European WLTP testing cycle. The e-Bulli is equipped for DC fast charging at 50 kilowatts, allowing for an 80% charge in 40 minutes, according to VW.

To address the added weight of the battery pack, eClassics also equipped the e-Bulli with a new multi-link independent suspension with adjustable shocks and coil-over struts at both ends, as well as upgraded brakes and steering. 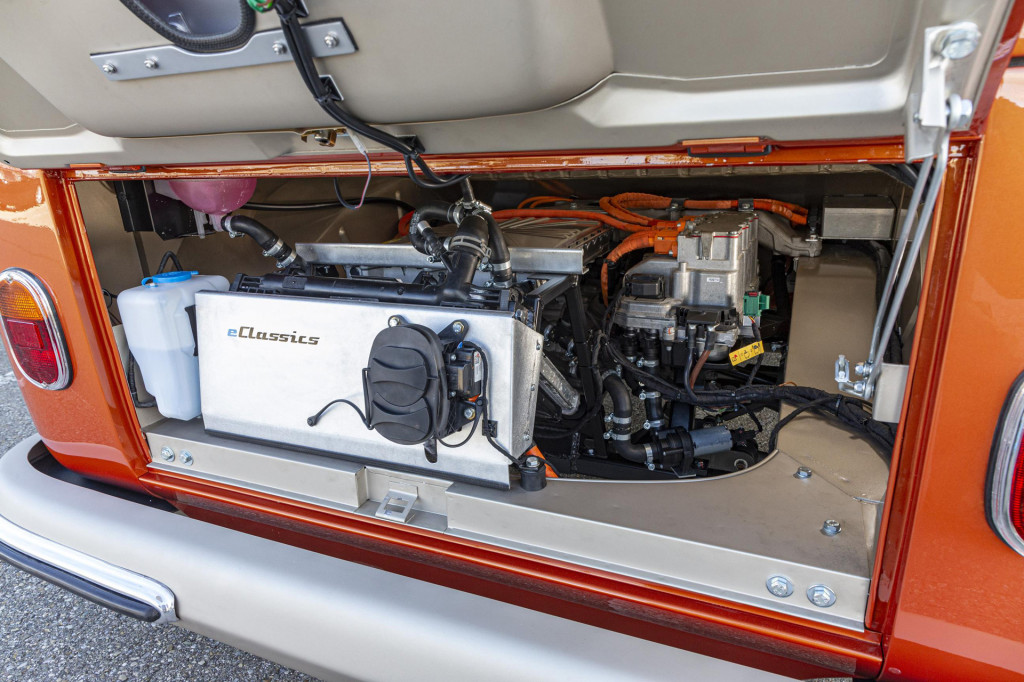 The complete conversion is priced starting at 64,900 euros ($69,700). eClassics has intended this conversion for Europe and has not discussed U.S. availability, but it said it is considering conversions of the later T2 and T3 generations of the Microbus.

VW is developing quite a collection of electric Microbus conversions.

The automaker previously transformed a 1962 Type 2 11-Microbus into the Type 20 concept, adding an electric powertrain and modern features, including a voice-controlled "digital assistant," holographic infotainment system, and facial recognition.

Then VW commissioned U.S. firm EV West to install the powertrain from an e-Golf in a 1972 Type 2 Microbus. This was a straightforward tech conversion, without the tech gadgetry of the Type 20.

These Microbus electric conversions have a historical precedent. In 1977, VW designed a prototype Microbus hybrid taxi. It's unclear if the vehicle ever made it onto city streets, however.

While the Microbus hybrid became a historical footnote, VW is now preparing a Microbus-inspired electric model for 2022. It will be a mass-production version of the ID Buzz concept, one of several new models based on VW's MEB platform.