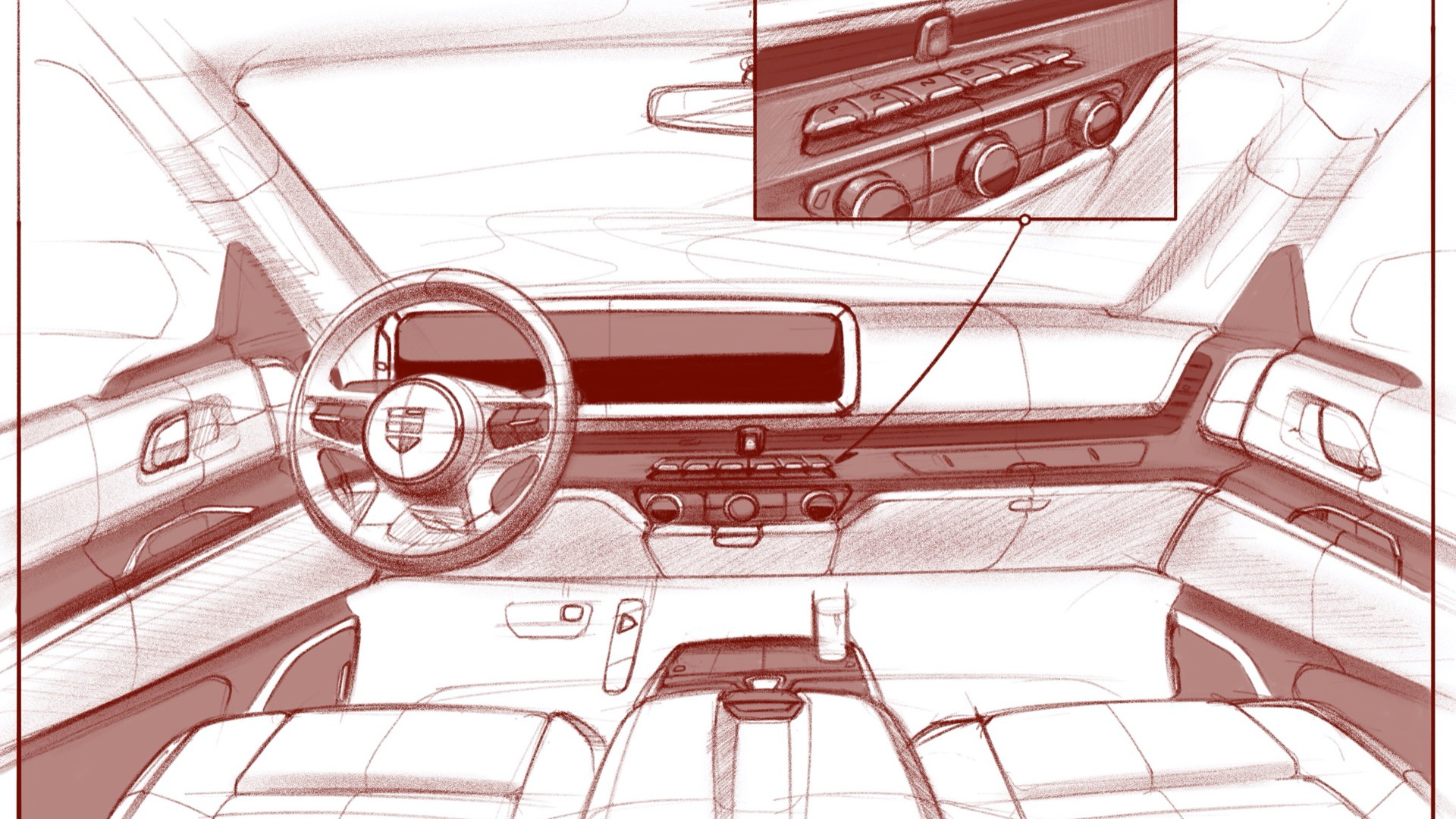 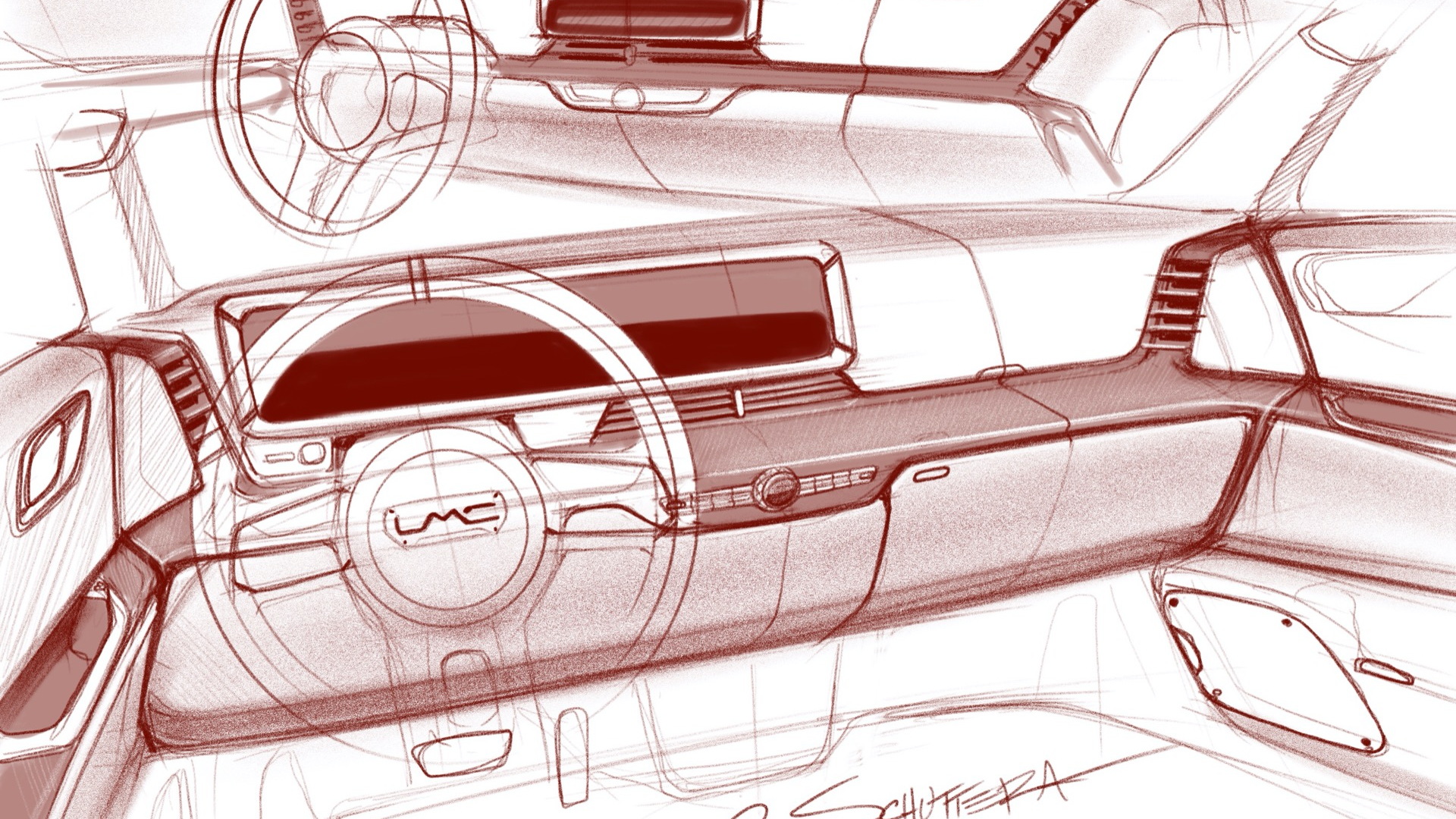 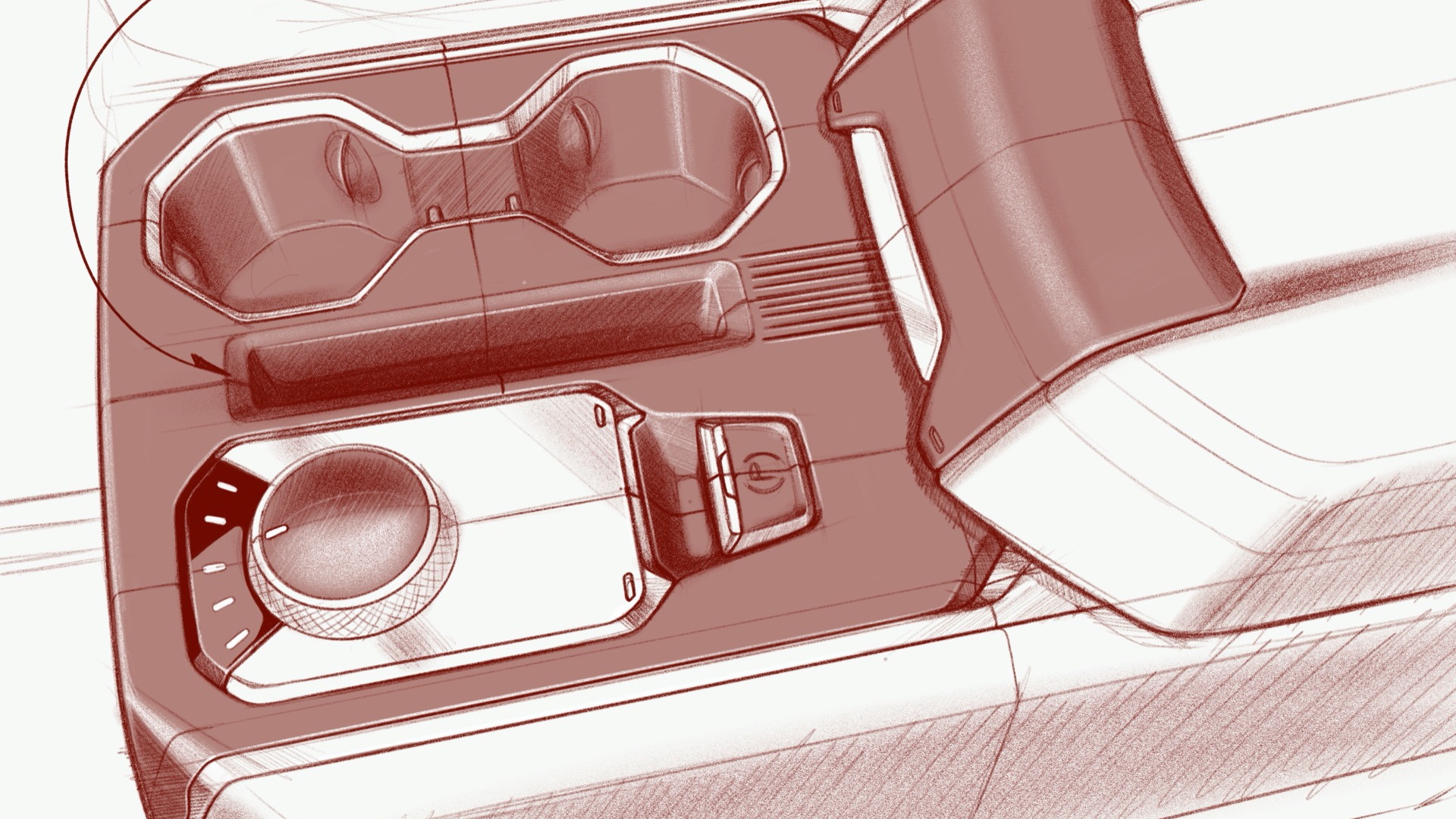 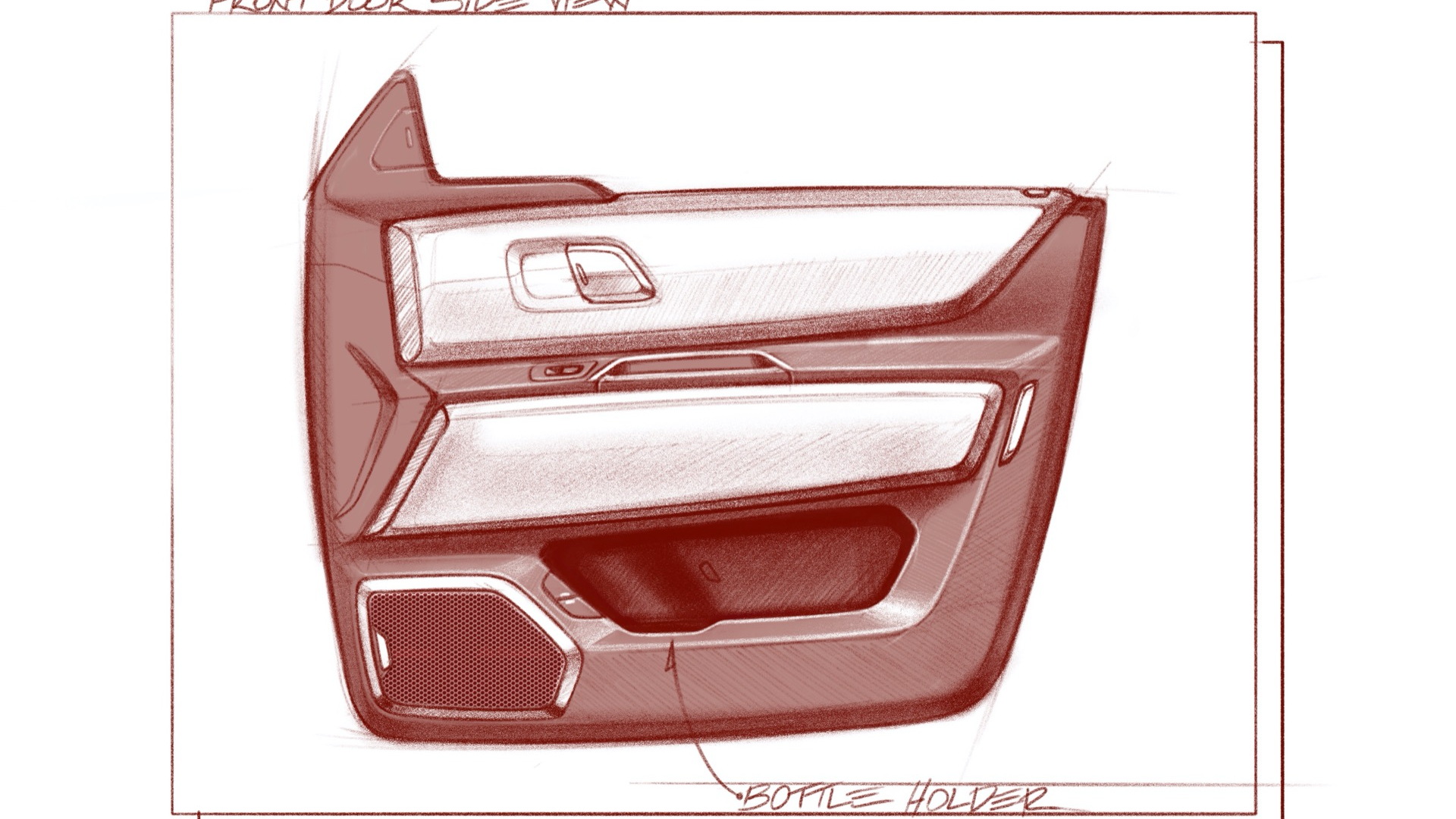 Lordstown Motors showed the first interior sketches for its Endurance electric pickup truck, ahead of a planned online reveal June 25.

The interior features a single, long, horizontal, screen in place of the conventional separate gauge cluster and infotainment touchscreens, similar to the "surfboard" design used by Mercedes-Benz. A rotary controller on the center console is used to control the screen.

Instead of a conventional shift lever, the driver uses a series of buttons lined up in a row. Also used by Lincoln, this setup is more space efficient than alternatives.

That makes more room for in-cabin storage, an important consideration in a work vehicle like the Endurance. A pocket in the center console looks like it could hold a tablet, and bottle holders are built into the doors.

Lordstown originally planned to unveil the Endurance at the 2020 Detroit Auto Show, but the event was cancelled due to the coronavirus pandemic. Instead, Lordstown will stage an online reveal from its Ohio headquarters June 25.

The company was created to take over a former General Motors factory in its namesake Ohio town. Lordstown bought the factory last fall after GM idled it in a round of cost cutting.

The Endurance is reportedly related to the Workhorse W-15 extended-range electric truck, from CEO Steve Burns' previous company, and we look forward to gaining a better understanding of what's been carried over—or what's been borrowed from other models.

While the W-15 used a gasoline range extender, the Endurance will be all-electric, using in-wheel motors.

Unlike the electric trucks being developed by most other companies, the Endurance is aimed primarily at fleets. Over the past few months, the company has announced letters of intent (LOI) from multiple fleet operators, the most recent being Servpro, which signed an LOI for 1,200 trucks.

Lordstown plans to deliver its first trucks in January 2021, meaning it could beat rivals GM, Ford, and Rivian to market.