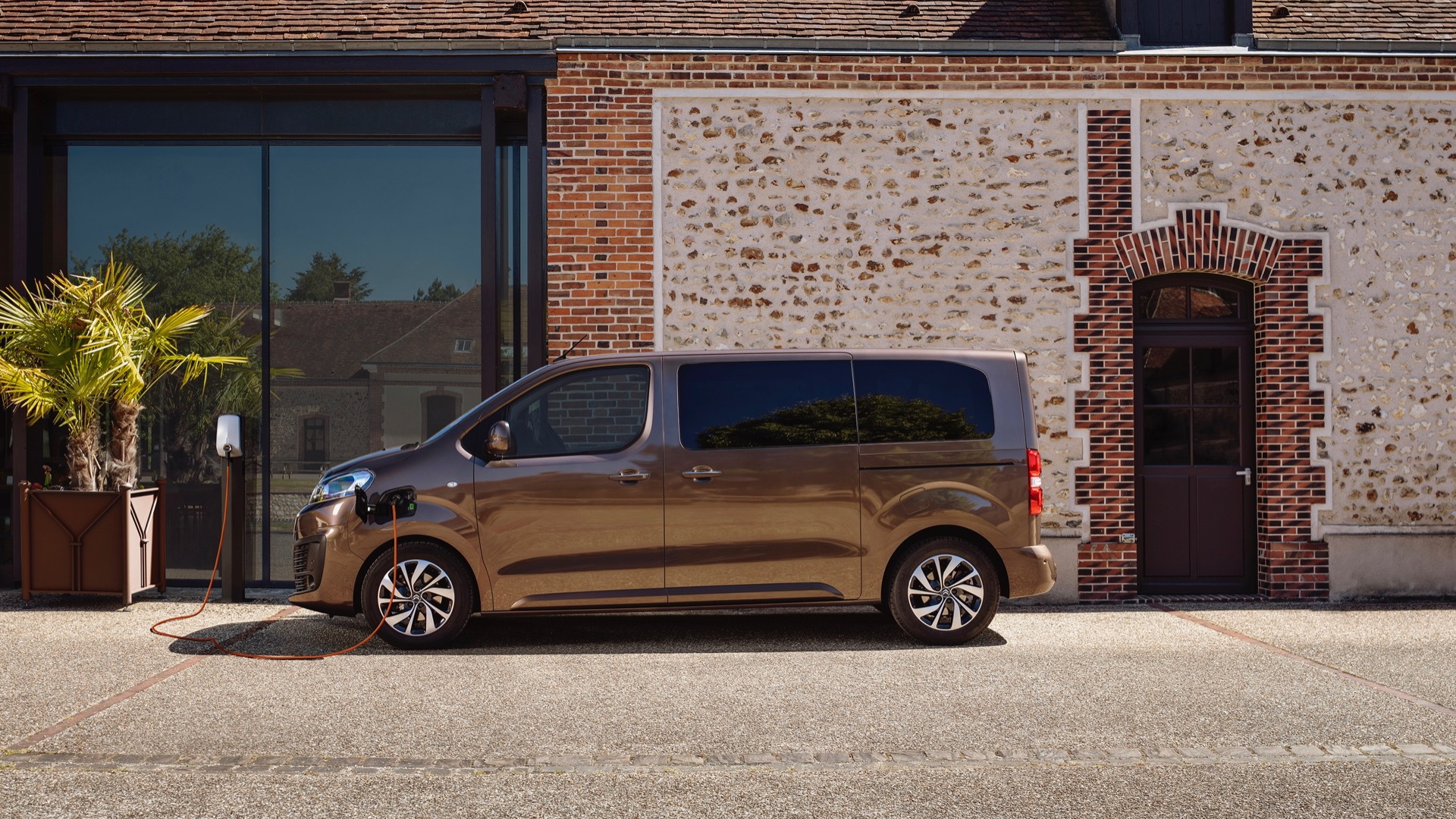 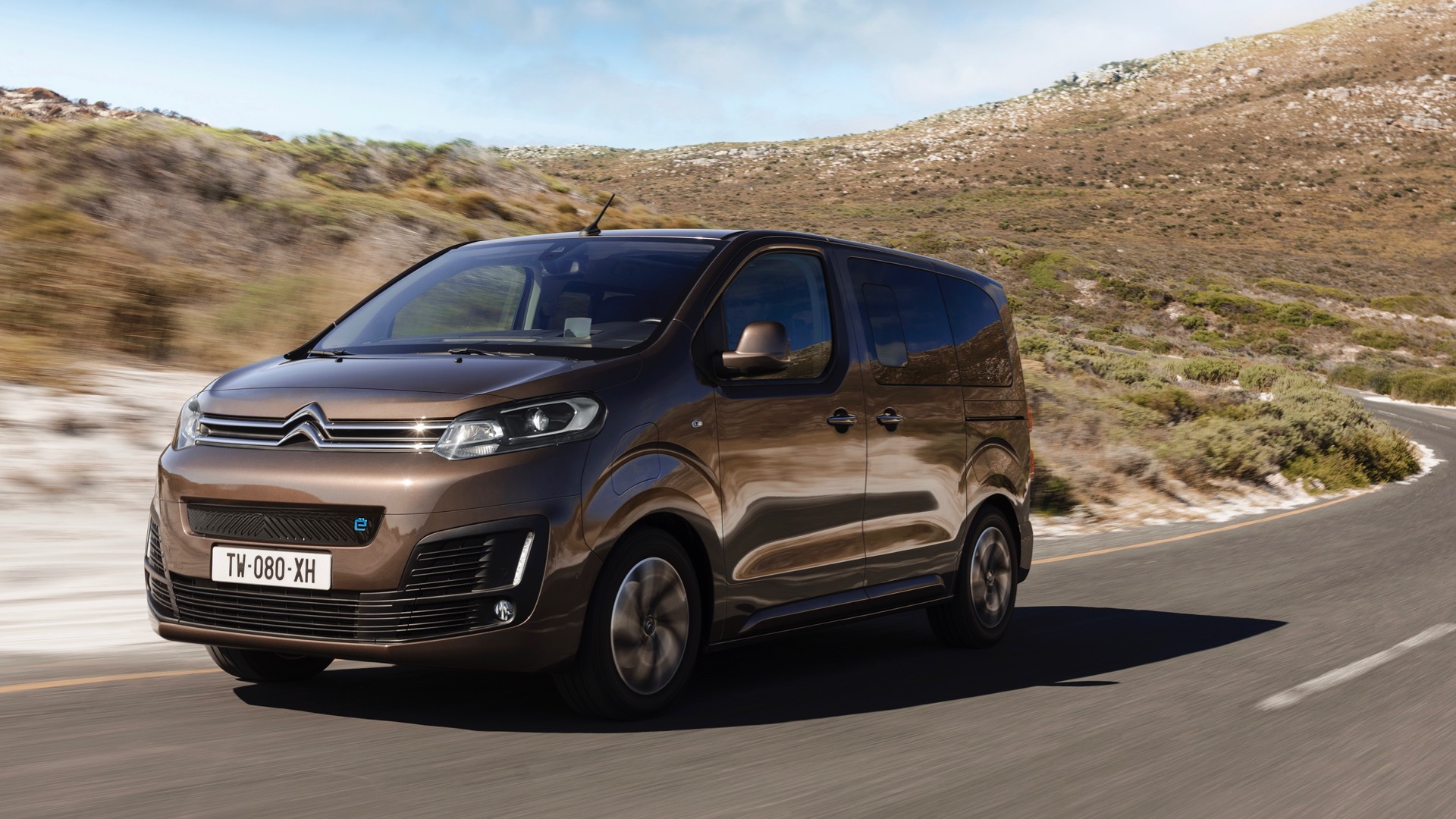 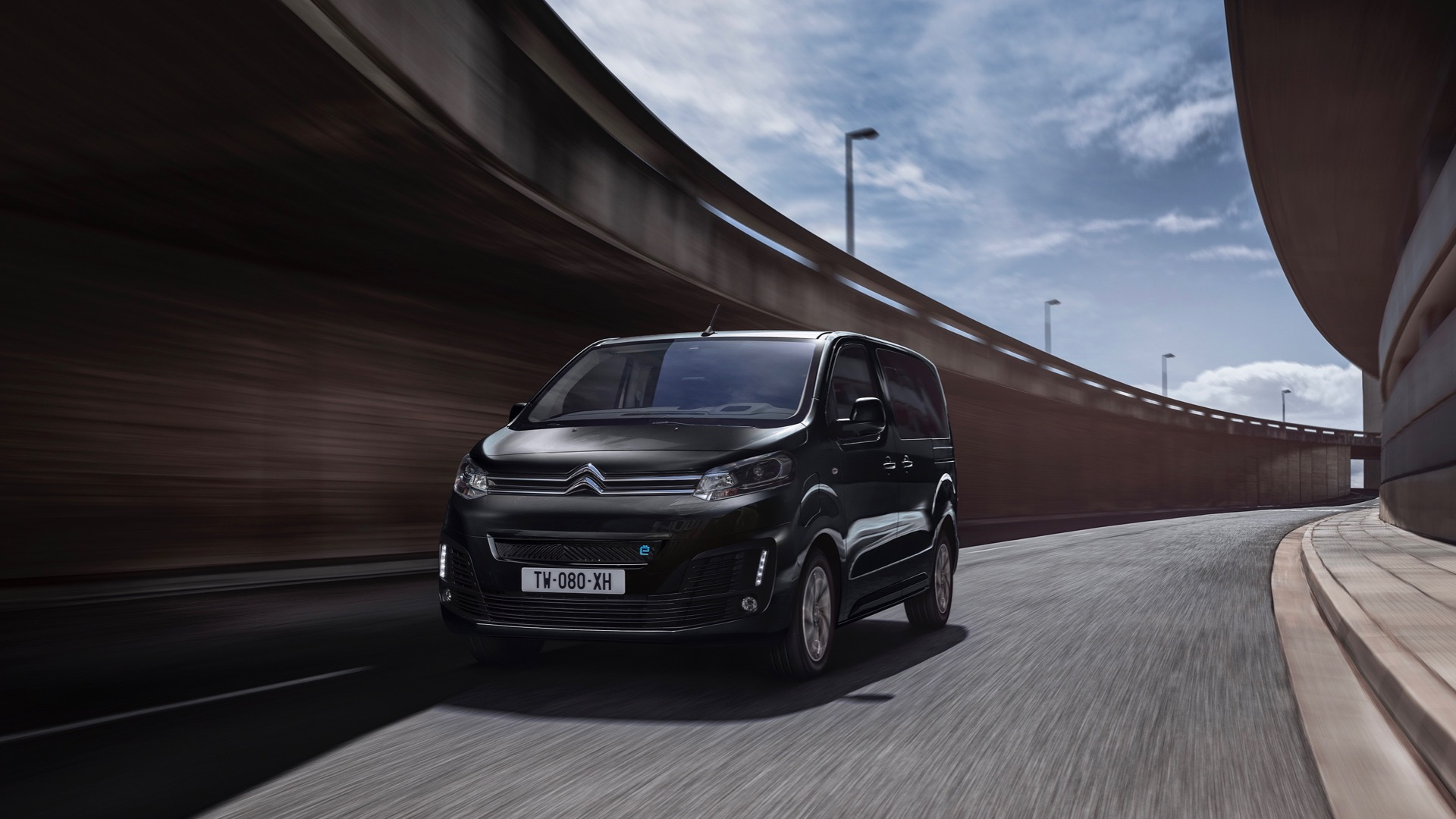 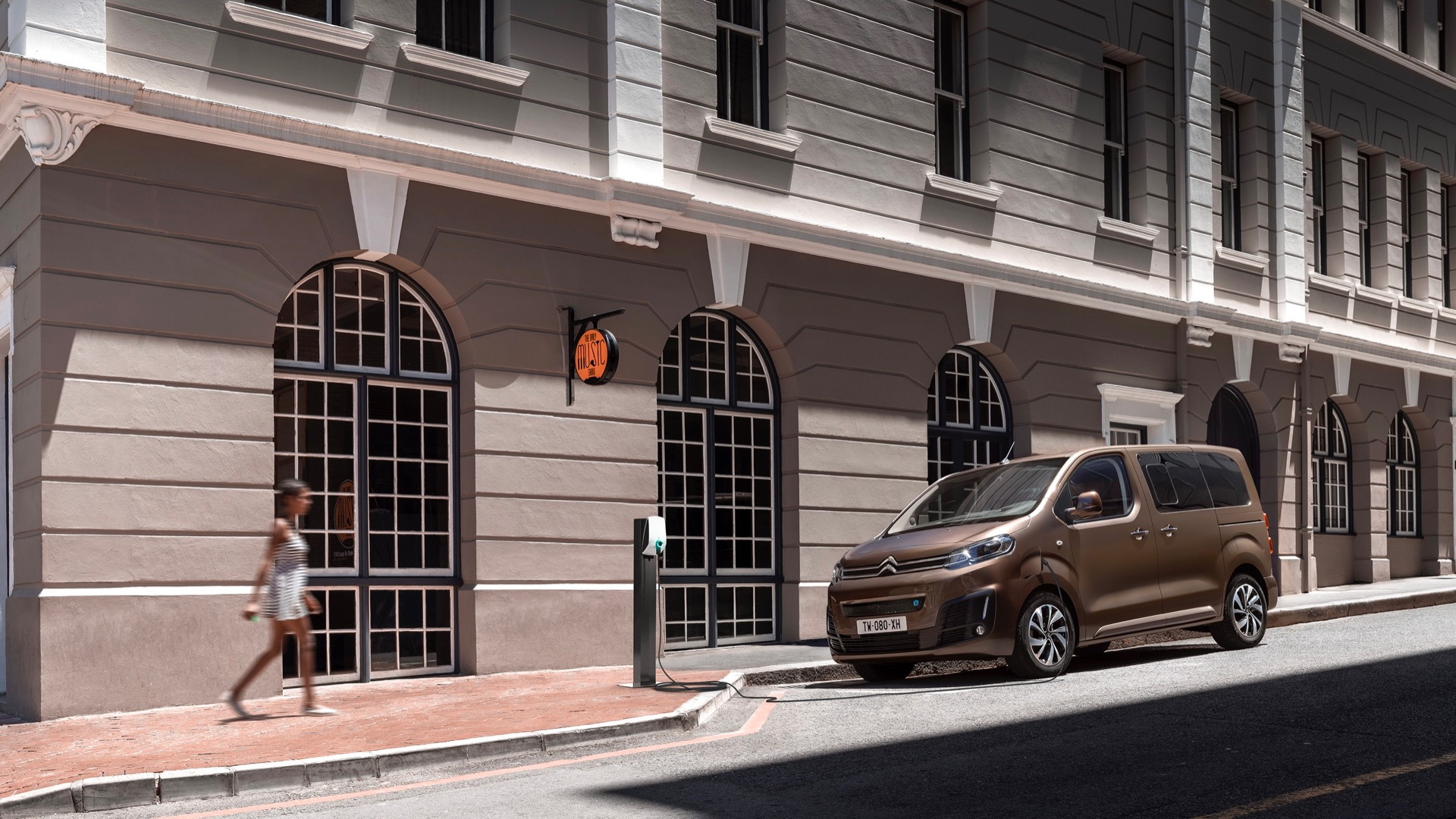 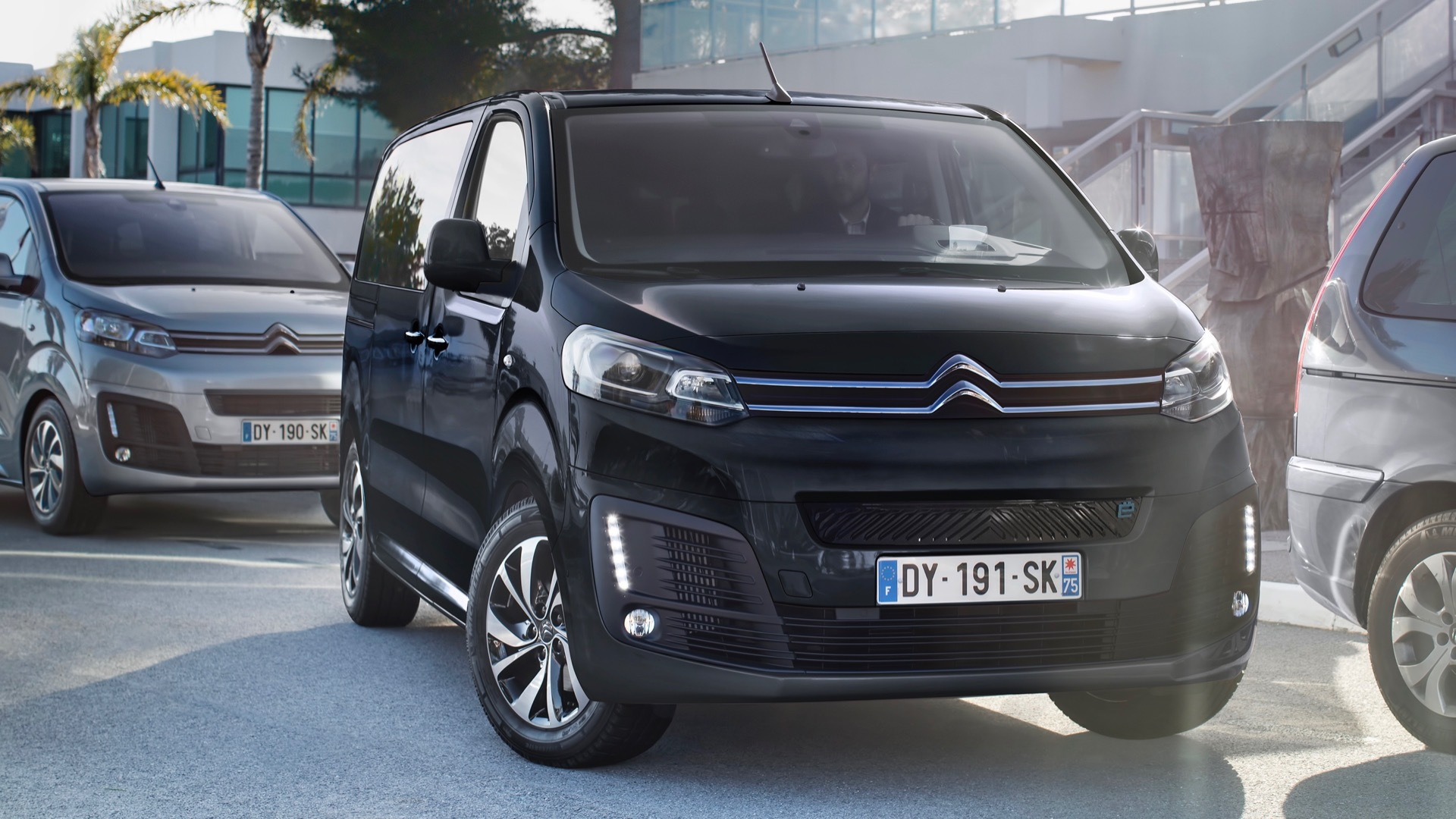 European car buyers can now get an electric van that seats up to nine people. It's the Citroën Ë-Spacetourer, an all-electric version of one of the French automaker's existing vans.

Instead of the internal-combustion powertrains used in other SpaceTourer variants, the Ë-Spacetourer gets a single electric motor making 80 kilowatts (107 horsepower) and 154 pound-feet of torque in normal mode. A power mode boost output to 100 kw (134 hp) and 192 lb-ft. Alternatively the driver can select eco mode, which reduces output to 60 kw (80 hp) and 140 lb-ft, but helps maximize real-world range, according to Citroën.

A 50-kilowatt-hour battery pack provides 143 miles of range on the European WLTP testing cycle, which is typically more optimistic than the United States EPA testing cycle.

DC fast charging is available, with a charging rate of up to 100 kw. That allows for an 80% recharge in 30 minutes, according to Citroën.

While Citroën parent Groupe PSA is merging with Fiat Chrysler Automobiles (FCA), the Ë-Spacetourer is not likely for the U.S., even under a different brand.

The Ë-Spacetourer Part of a recent electric van push in Europe that includes recent introductions from Citroën sibling Peugeot and Fiat, both of which seem focused more toward commercial use.

The interest in electric vans is due in part to growing demand for so-called "last-mile delivery" vehicles that can carry packages on relatively short trips between a central distribution hub and customers' doorsteps.

Yet, so far, electric vans have largely skipped the U.S. market.

Nissan has offered a trade- and last-mile-oriented e-NV200, but the company doesn’t see the U.S. as part of the plan.

But in the meantime, various electric vans are homing in on the lucrative last-mile delivery segment. UPS and Amazon are working with EV startups to build vans for their delivery services, and even the vintage Morris J-Type is getting a modern electric makeover.

Which leads to the question: Which will be the first electric van to tackle passenger duty in the U.S.?