The DC fast-charging stations, such as those that are part of the Tesla Supercharger or Electrify America networks, are arguably the ones for which location is the most important. As the type of station that gives drivers the most miles in the least time, they’re critical for selling people on the idea that longer trips can be done with a quick, convenient stop.

However as a recent video from Electrify America quickly highlights, they’re also the stations in which siting them can be the most difficult.

EA had a marketing consultant talk to Rachel Moses, its senior manager site acquisition, development, and strategy. According to Moses, it’s not just a matter of where the infrastructure is going to be best utilized and where drivers might be headed. It also closely involves whether the site is close to power and whether it can dedicate enough space to fit cars and hardware.

And then there are the feasibility studies. Moses doesn't detail what those involve for Electrify America, but for some other projects we've seen them to include crime rates and demographic information. Even things like microclimates are among other finer points that might disqualify a possible location.

Overall, it also takes some understanding of commercial real estate—including, on each location, careful negotiation with landowners.

Charging stations can’t be easily moved, either. So the next time you’re out at the corner of a shopping-center parking lot, pay some attention to these finer points—rather than just the big anchor store you’re next to—and you might see some logic to: “Why here?” 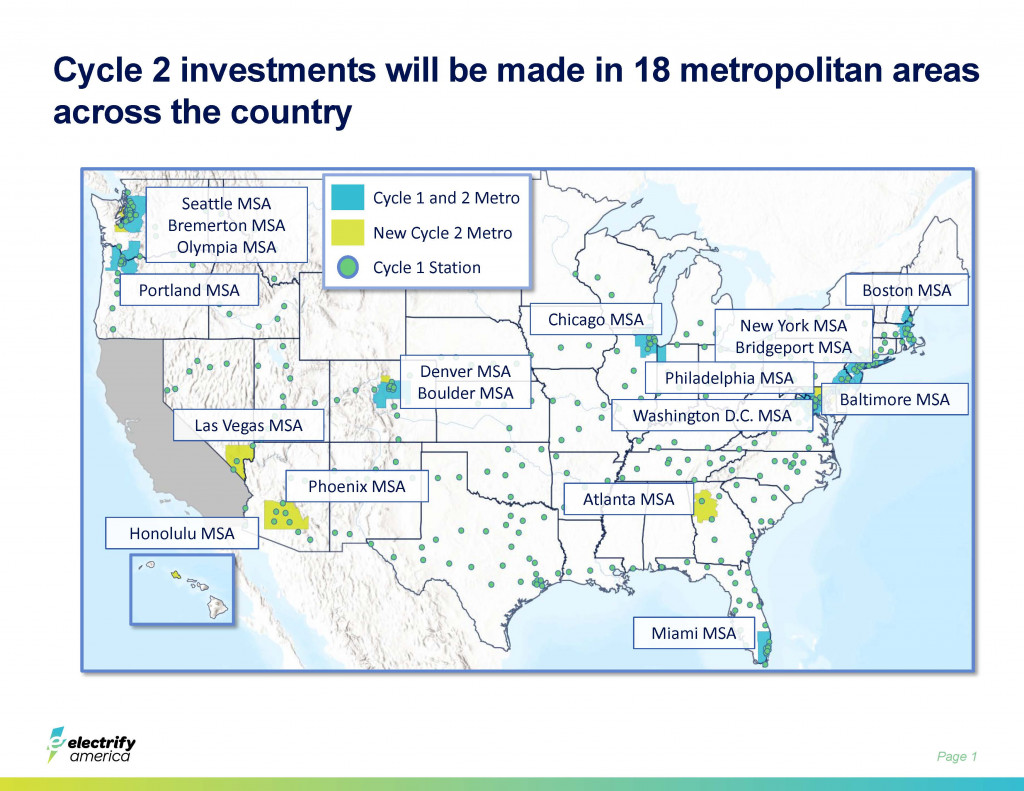 As Moses notes, finding locations can definitely be harder in dense urban locations versus along a highway. As in many marketing videos it might have been useful to ask for a little more detail—as perhaps that’s one of the motivating factors behind EA’s choice to locate about 40 DC fast-charging stations at Bank of America financial center locations.

Electrify America is currently on Cycle 2 of a ten-year, four-cycle ZEV Investment Plan. Cycle 2 runs from July 2019 through December 2021 and on a national level includes more DC fast charging stations not just strategic points along highways but in 18 major metropolitan areas.