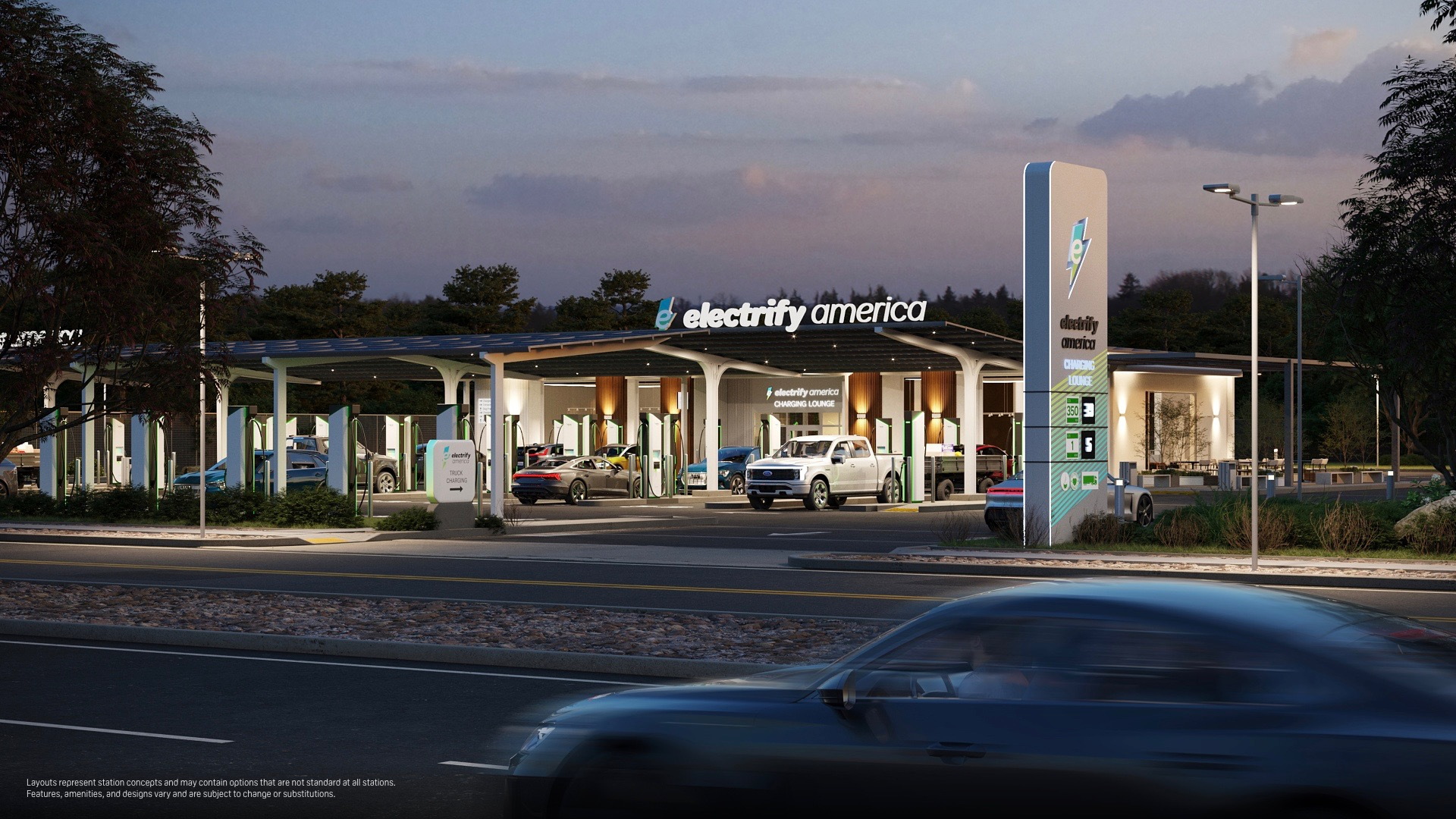 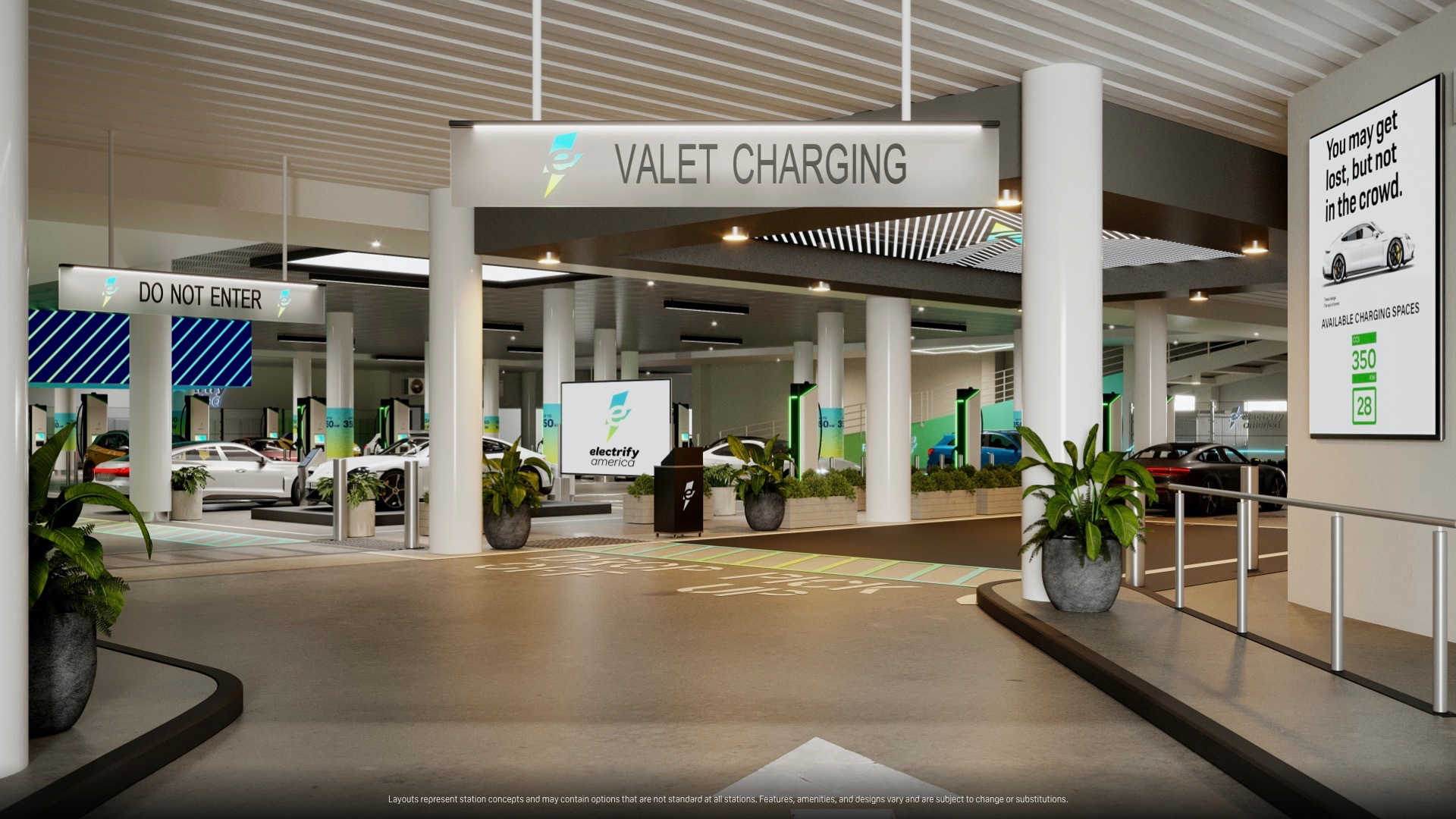 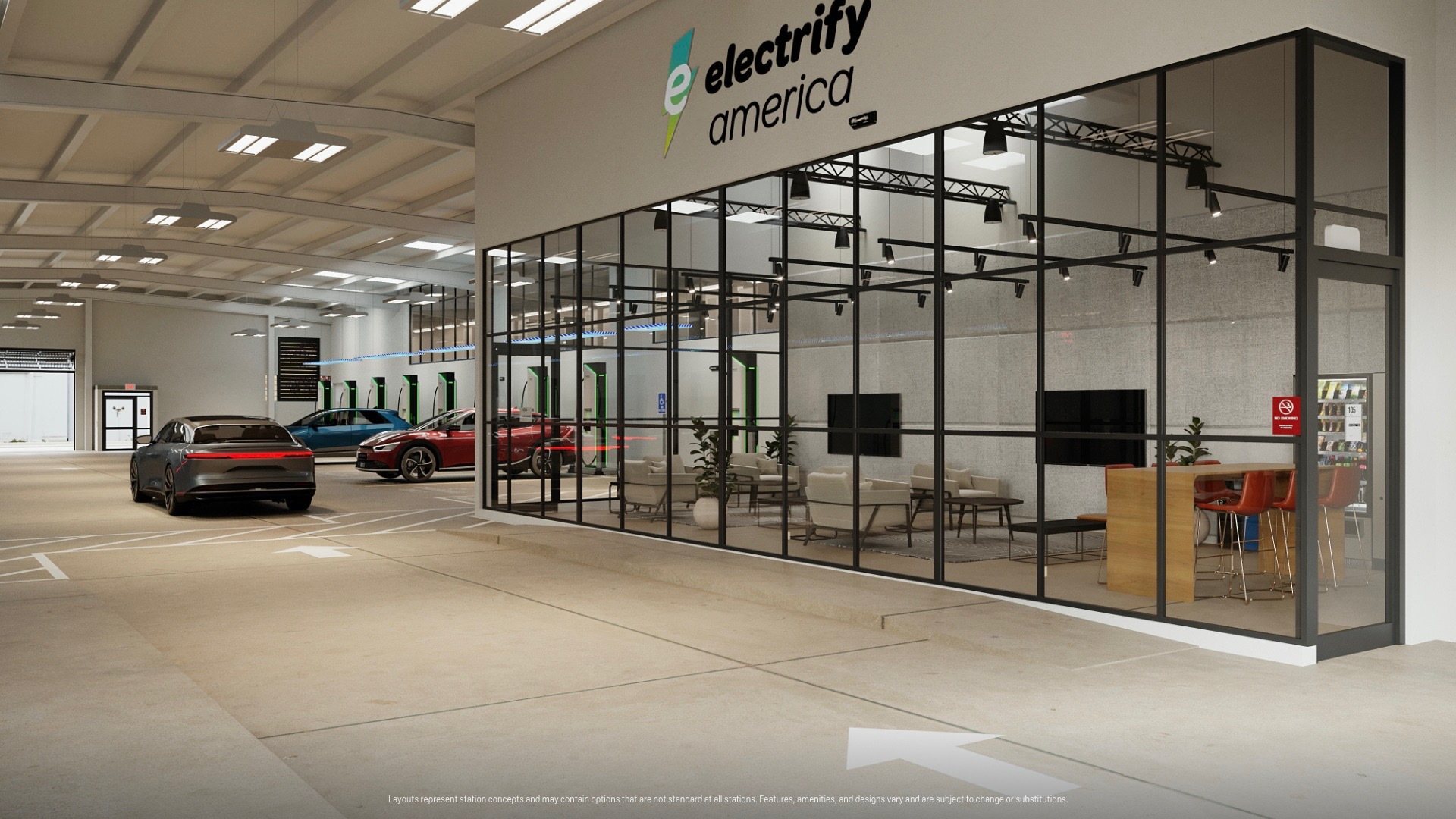 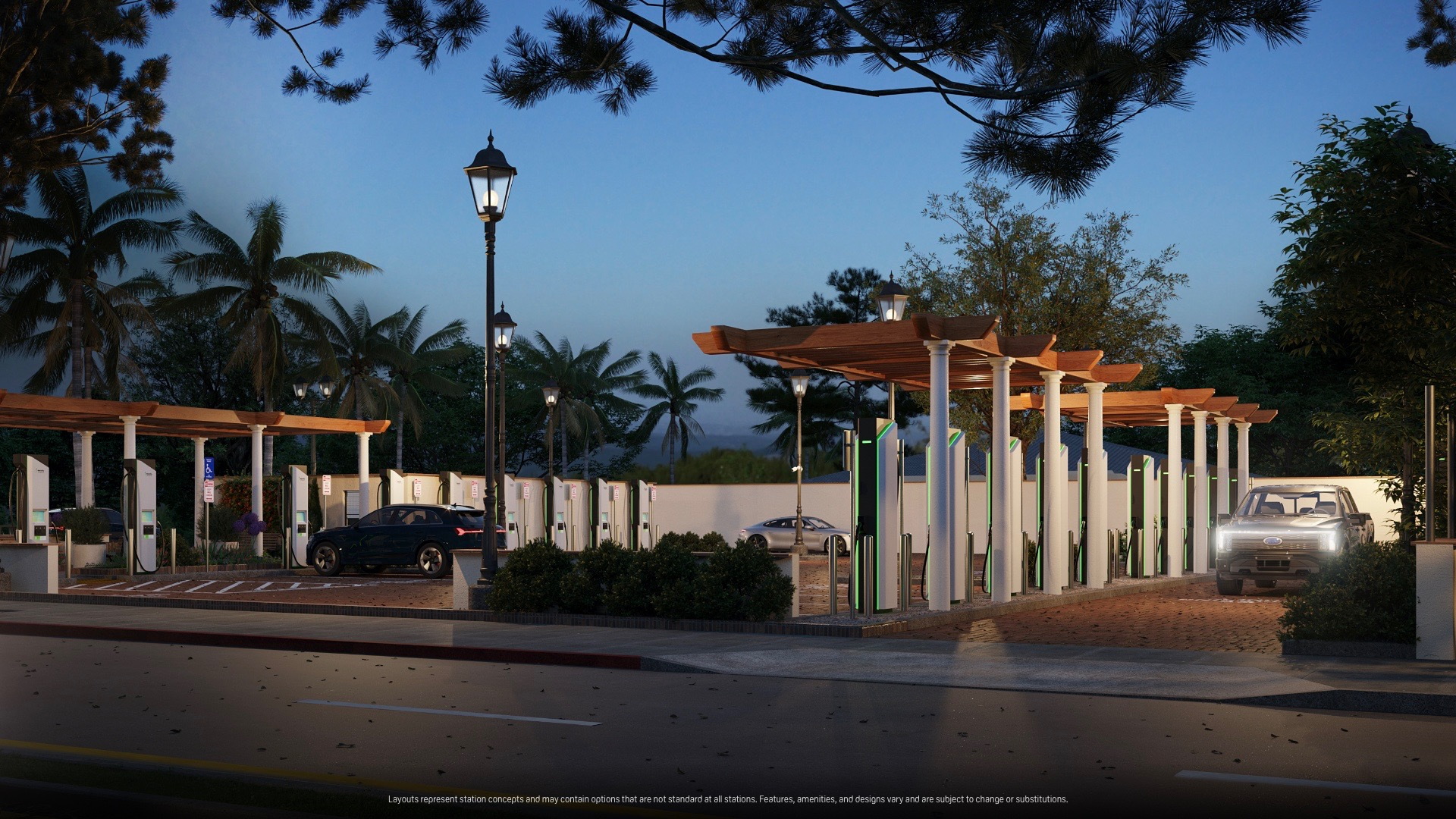 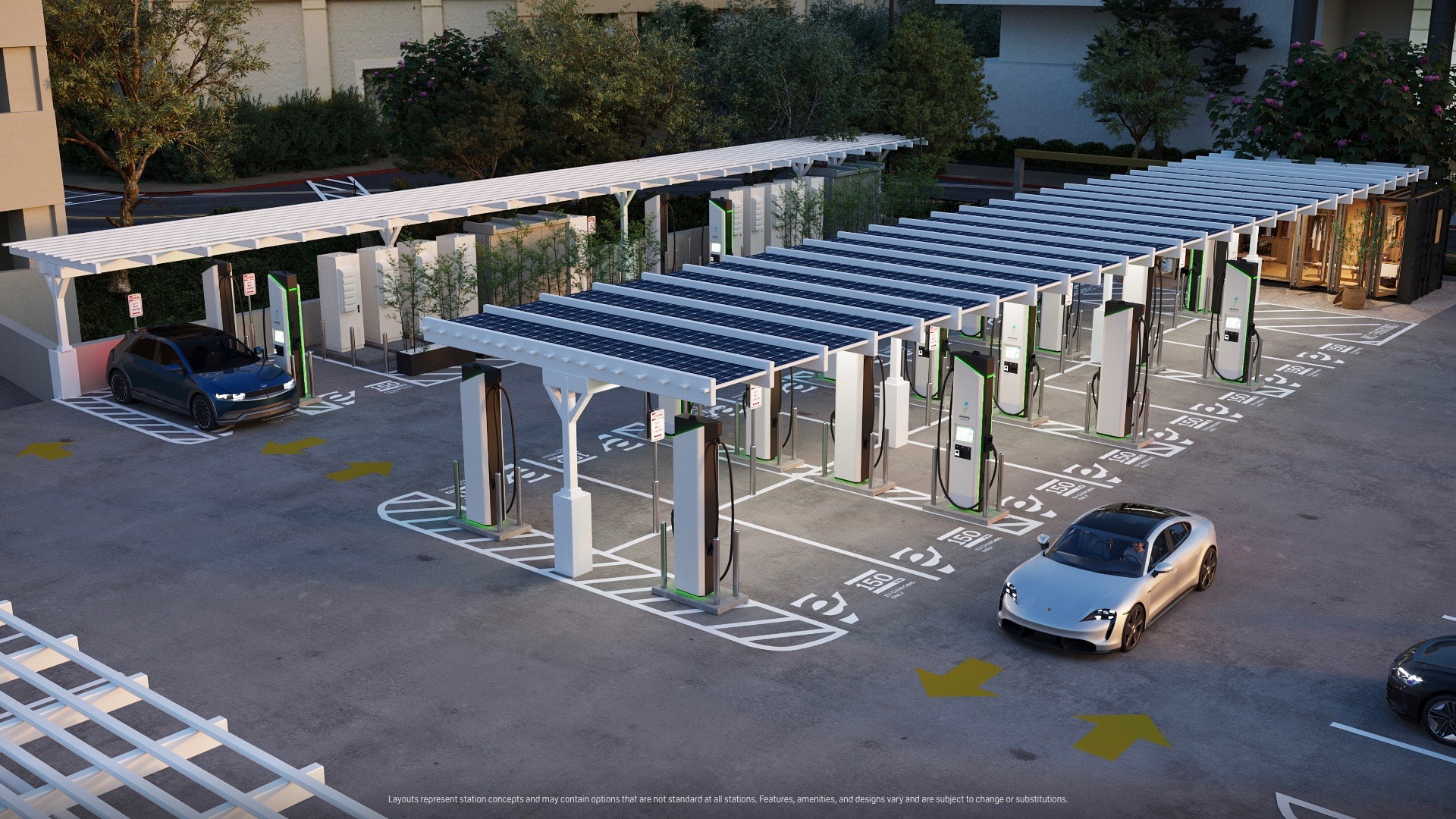 The Volkswagen Group–funded charging network on Thursday announced plans for a handful of "showcase stations" with up to 20 DC fast chargers, plus amenities like customer lounges and solar canopies to shield customers from sun and foul weather, vehicle showcases, and security cameras plus additional lighting for increased safety.

Electrify America initially mapped out much of its network at Walmart stores—where they're often exposed with no awnings, often without any other services (like dining) nearby.

Electrify America plans to preview these ideas in 2022 and 2023 at "flagship" charging sites in Santa Barbara, San Diego, San Francisco, and Beverly Hills, California, and New York's Manhattan and Brooklyn boroughs. The company said it already has flagship sites in Baker, California, and Santa Clara, California.

Electrify America also said it's in the process of adding solar awnings at 100 charging sites, with a total of 400 to 500 individual chargers. Energy harvested by these awnings can help power the chargers, reducing reliance on grid electricity. On a related note, Electrify America said it is also adding 150 battery energy-storage systems to harness excess solar energy and help balance the grid.

While Electrify America aims to go upscale in metropolitan and suburban markets, convenience stores have started to bring charging to rural America. But the charging industry rallies around the idea that gas stations aren't a good model for EV charging.