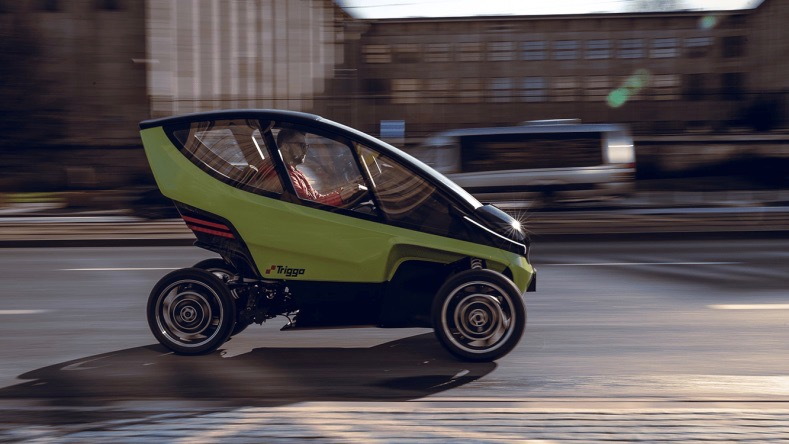 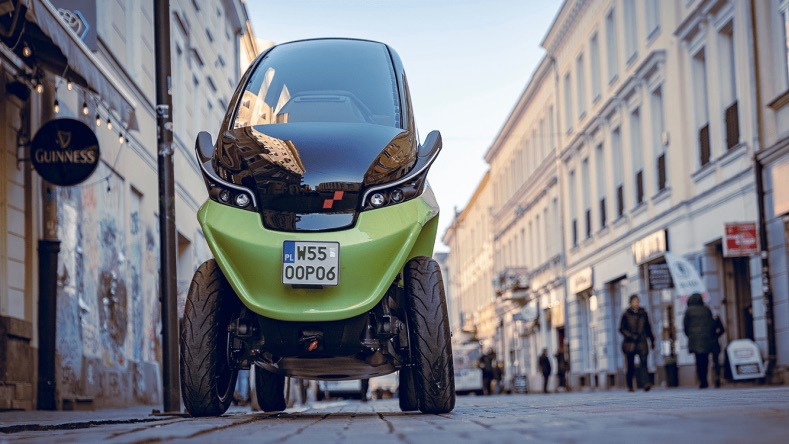 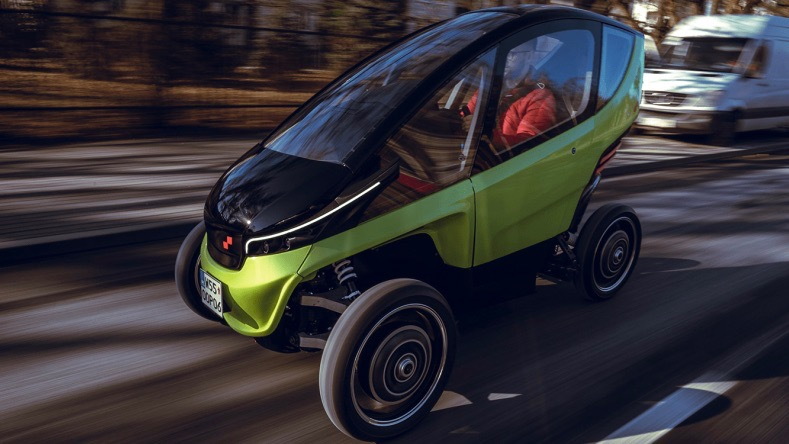 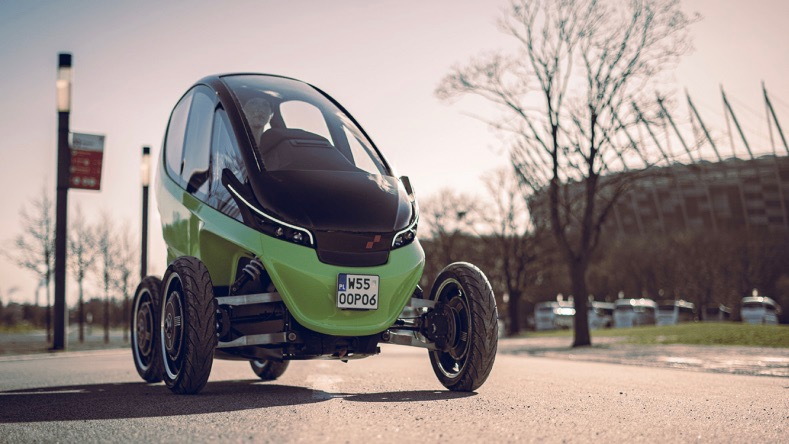 Lane splitting allows motorcycles to avoid the worst traffic jams, but riding exposed to the elements is not for everyone. Polish firm Triggo claims to offer a best-of-both-worlds solution—an electric vehicle with an enclosed cabin that handles like a motorcycle.

Triggo hopes to use its self-proclaimed "traffic ninja" for a future car-sharing service. To ensure adequate coverage in urban areas, vehicles will be collected and redistributed by connecting them into trains, with a driver in the lead vehicle only, the company said, somewhat like a larger-scale version of the way supermarkets collect wayward shopping carts.

As a standalone vehicle, the Triggo EV looks like it might be in the same category as the Renault Twizy, a tiny, minimalist electric car designed for urban use. Green Car Reports drove the Twizy when it was brought to the United States as the Nissan Scoot Quad for a San Francisco car-sharing service (and restricted to to 25 mph to get around U.S. regulations).

Triggo hasn't discussed plans for U.S. imports, but would likely have to classify its vehicle as a motorcycle to get around regulations, as other companies have done with three-wheelers—and to lane-split in California. That would be some modification, as the Triggo has four wheels.

Regardless, the Triggo EV might earn a spot on our next roundup of most bizarre green cars—even though the idea makes a lot of sense.