The Model Y crossover, which started arriving last month, represents a turnaround in one strategy for Tesla: It has a heat pump.

Heat pumps, and other thermal methods for moving waste heat or scavenged heat, are part of strategies to reduce the load on the resistive heating that most EVs also have. While heat pumps can greatly cut energy use on longer drives, they’re much more complex—and more expensive.

Sandy Munro, of Munro & Associates, has been undertaking a Model Y teardown and recently homed in on the heat pump, comparing it to the electric air-conditioning compressor in the Model 3.

As Munro quickly outlines (in the video at the bottom of this page), with the heat pump, after compressing a gas, the system makes a choice whether to take that compressed gas into the body of the car. If it’s the latter, it’s heating the car. Otherwise it’s chilling. 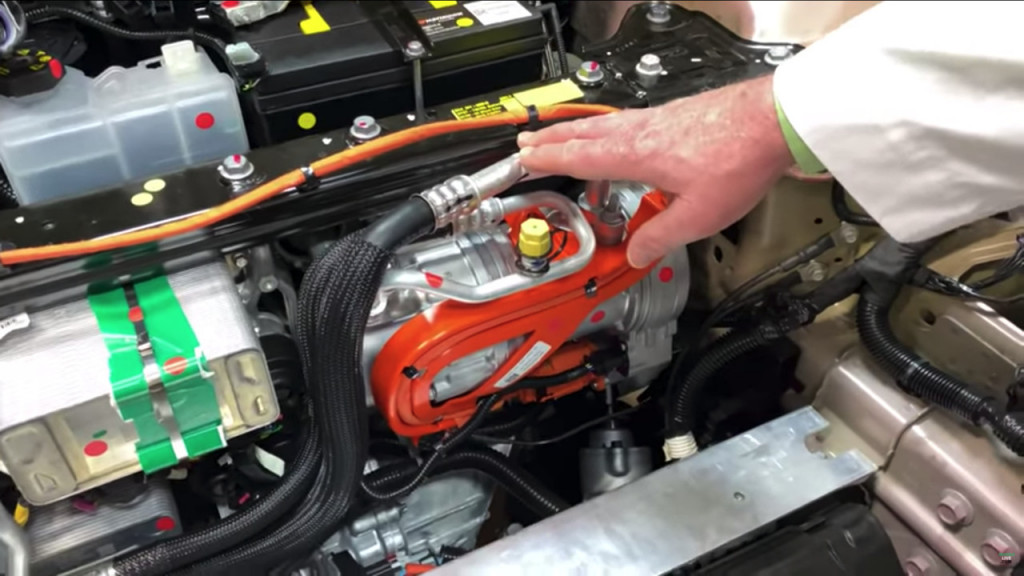 Munro is well-known in the Detroit area for his lean-manufacturing analyses but has become a name Tesla fans might recognize because of his series of teardown insights—including an earlier teardown of a Model 3 that found the body structure to be unduly complex. Munro found that the wheel well was nine pieces of sheetmetal while the Chevy Bolt EV has one, for instance, and there wasn’t a lot of evidence that the Model 3 was designed for the “alien dreadnought” of automation that Musk had previously boasted of.

There are some other signs of smart simplification in the Model Y that Munro pointed out. In this particular video, he notes that Tesla has opted for one large radiator rather than several mini-radiators. And the isolation strategy given to the heat pump is much better than the noise-reduction shell used for the compressor in the Model 3.

Prior to the Model Y, Tesla models did have a strategy that used waste heat from the motor and power electronics to help warm the battery.

While heat pumps don’t typically affect EPA-cycle range, and aren’t typically quick-acting to make a difference on a brief run to the grocery store, they can have a huge impact on real-world efficiency over longer drives in cooler weather. As Tesla adoption is no longer so California-focused, the choice to include one in the Model Y is looking like a very smart choice.