Like nearly all global automakers, BMW has decided it doesn’t want to manufacture battery cells.

How does it maintain an edge on the battery side—and characteristics that are a good match for the automaker—when it’s potentially using what look like the same “commodity cells” as other automakers?

The answer to this is by being very active (and proactive) in what it wants and needs—with the newly opened Battery Competence Center, in Munich, a facility that it’s invested more than $220 million ($200 million euros) into over four years. In it, up to 200 “smart scientists” work on cell chemistry, with collaboration between BMW and the supplier companies. And it allows BMW to have control over the whole process. 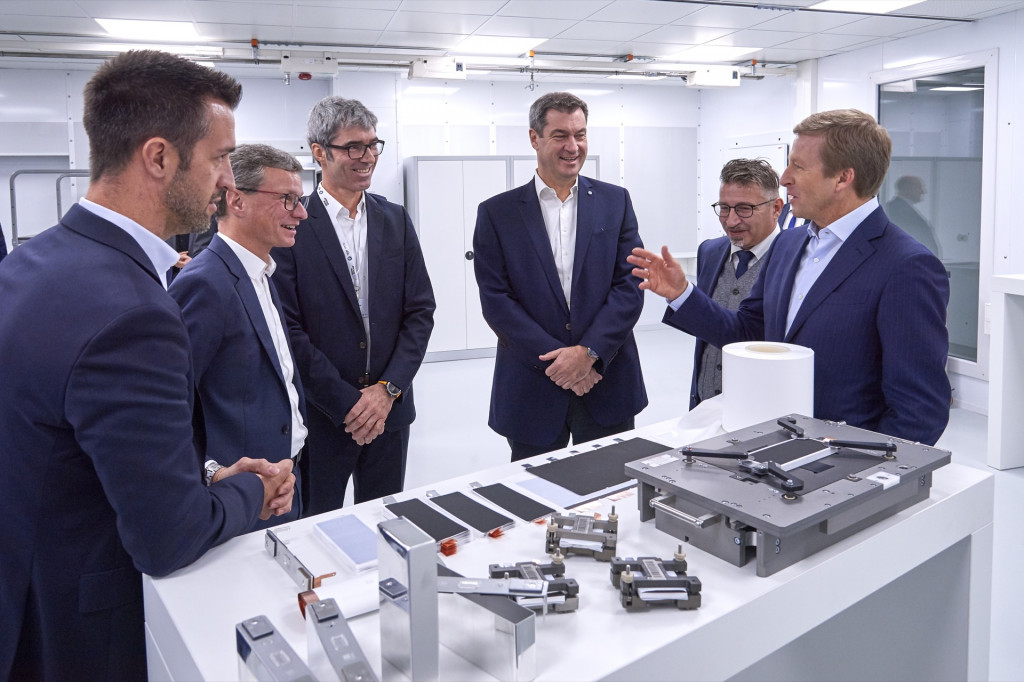 Last week’s tease of the upcoming BMW i4 electric sedan provided a lead-in for more discussion at the LA Auto Show about the automaker’s fully baked battery process, and its soon-to-arrive fifth generation electric powertrain, which will use more densely-packed battery modules and packs, plus a new generation of inverters and power components aimed at compactness.

The fifth-generation scalable electric toolkit is being launched as a whole with the upcoming iX3 and the iNext, both due to arrive by 2021. 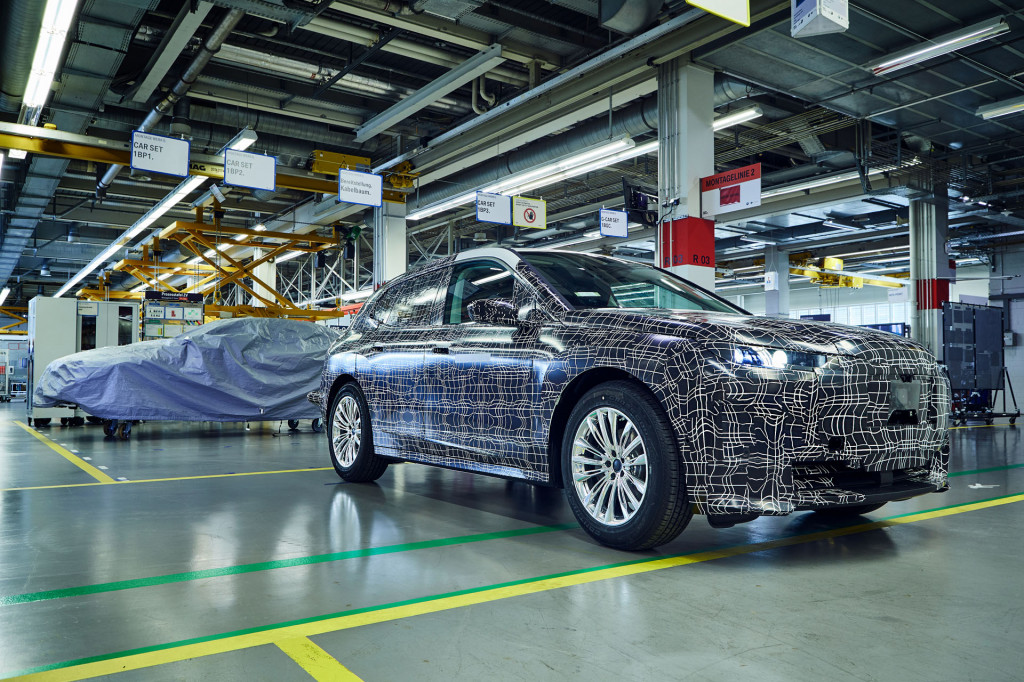 BMW has been doing in-house development and production of batteries since 2008, but the new center represents a stepped-up game on behalf of the automaker, as it looks ahead to millions of electrified vehicles over the next decade (from about 500,000, by the end of the year, cumulatively).

It’s there where BMW obtains cells from potential supplier companies. For each potential cell, chemistry, and supplier, BMW considers the specific energy of the cells, their energy density, the peak power they can deliver, their charging behavior, temperature performance, their safety, their lifetime, and their cost—as well as their sustainability and human-rights credentials.

“We actually scrutinize the supply chain back to the mines,” said Jan Freimann, BMW’s manager for connected e-mobility and one of the company’s battery experts. “The fifth generation, we will go a step further...to direct procurement of the materials.”

All Generation 5 electric vehicles also skip the dependence on rare-earth materials entirely. And it also means some procurement changes.

One example is moving to the direct procurement of lithium and cobalt—lithium from Australia, with Cobalt from Australia and Morocco—with a “reliable supply” assured to 2025 and beyond. The company previously sourced cobalt from Congo but had transparency issues when looking at the full supply chain.

The approach could help reduce or at least lock down some daunting cost variables. According to Freimann, 80 percent of battery cell costs are driven by raw materials.

Under BMW’s grand plan for its electric vehicles, it sees the value creation in the cell design and integration into modules and packs, but not on the real cell manufacturing. 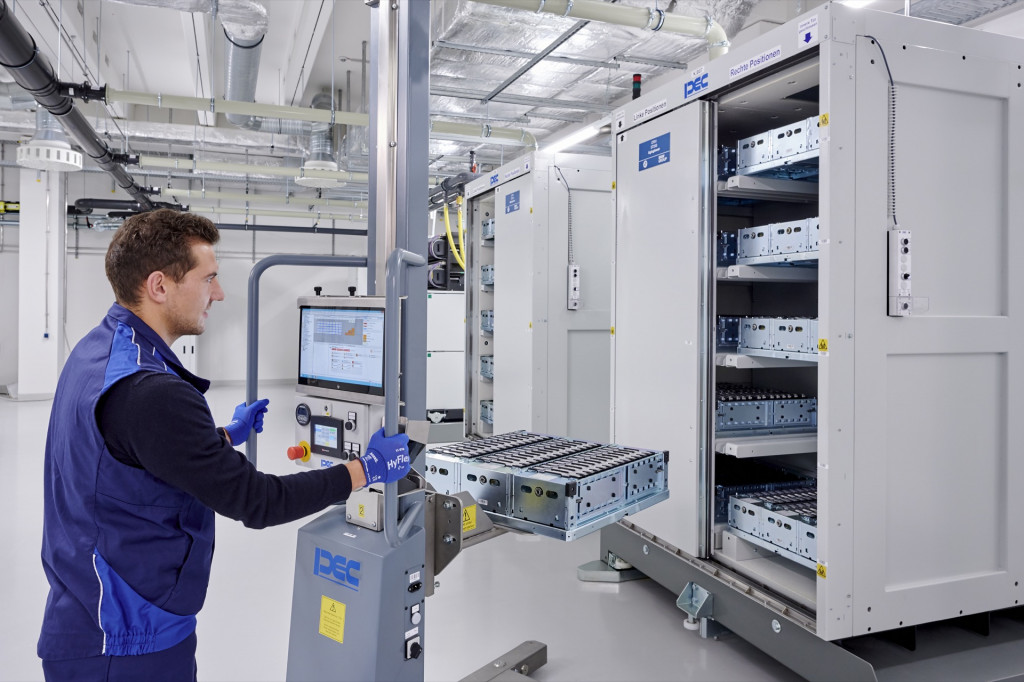 Through the center, it can test out entirely different cell types. BMW doesn’t see solid state becoming common until the 2030s, though, and it sees its integration into cells and modules as barriers as well as the setting (and meeting) of safety standards for them.

Over the later part of the decade, Freimann said, the automaker is still looking at NMC lithium-ion cells, but with different production techniques to make them more energy-dense.

In the Generation 5 vehicles, there’s the potential for plug-in hybrids with up to 62 miles of electric range and EVs with up to 435 miles of range. Both numbers are to the European WLTP cycles and will signal significantly lower for the U.S. EPA cycles.

BMW has essentially doubled its energy density during the lifetime of the i3, and it’s anticipating that by 2030 it will have done so again for its production vehicles.

In the meantime there are other possibilities with the huge knowledge base afforded by the battery center. “We guarantee always the best technology and cost by assigning every cell generation competitively,” said Freimann.

The potential is there, Freimann agreed, to micromanage the supply chain based on the needs of particular products—or even climates—but he noted that any decisions like that need to be balanced out with the advantages of going big with one particular chemistry. “We always have to have in mind the economics of scale,” he said. “Smaller batches isn’t economically feasible.” 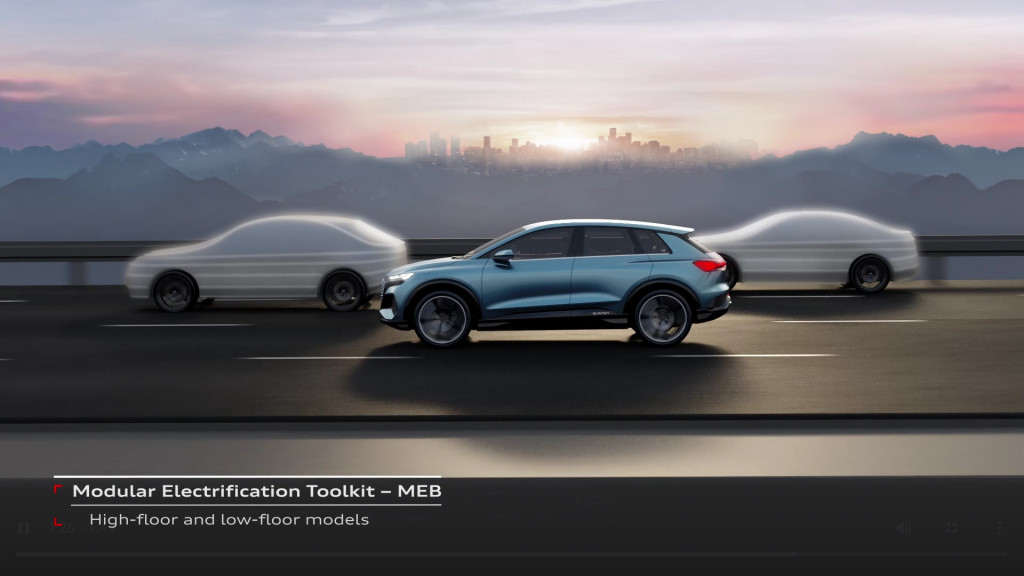 The answer to that is a bit different for the Volkswagen Group and its 22 million electric vehicles in ten years. Its aspirations for MEB are so massive that it’s negotiating battery contracts for its upcoming electric vehicles by world region—North America together, for instance, which is getting cells from SKI. There may be slight variation in specs between cells procured for Audi uses versus VW, for example.

Just earlier this fall Volkswagen officially opened what it calls its Center of Excellence for Battery Cells in Salzgitter, with a facility that involves up to 300 experts and includes a battery recycling pilot line.

“We also create a spec for our suppliers, and then it’s up to our suppliers to meet that,” said Matthew Renna, the VP for e-mobility and innovation at Volkswagen of America. “Whether it’s made by supplier A, B, or C, it’s still a Volkswagen battery.”

The approach is a bit different than that of the other major German automaker, Mercedes-Benz. Its parent company, Daimler, had originally aimed to control battery manufacture through wholly owned subsidiary Accumotive. That venture has yielded over time to a strategy that is open to a wide range of cells and suppliers.