Electrify America is well-established by now—as it needs to be, as part of Volkswagen’s diesel settlement. Meanwhile, its equivalent organization to the north, Electrify Canada, is a voluntary effort that's just getting started—with some very fast 350-kw chargers.

Electrify Canada announced Wednesday that in 2019 it would start installing more than 20 charging stations—all at Canadian Tire locations in Ontario, British Columbia, Alberta, and Quebec.

That will essentially give Canadians (and visitors) the convenience of two long, separate ribbons of high-power DC fast-charging highway to enjoy. It will allow owners with longer-range EVs will potentially be able to go from Vancouver to Calgary, or from near Detroit all the way to Quebec City and beyond.

At each of these stations there will be one connector capable of 350 kw CCS DC fast charging/ Electrify Canada, like its U.S. counterpart, is aiming to provide brand-agnostic support and charger access, so one will be offered for 50-kw CHAdeMO fast charging. The balance of connectors at its charging stations will be capable of 150-kw CCS fast charging. 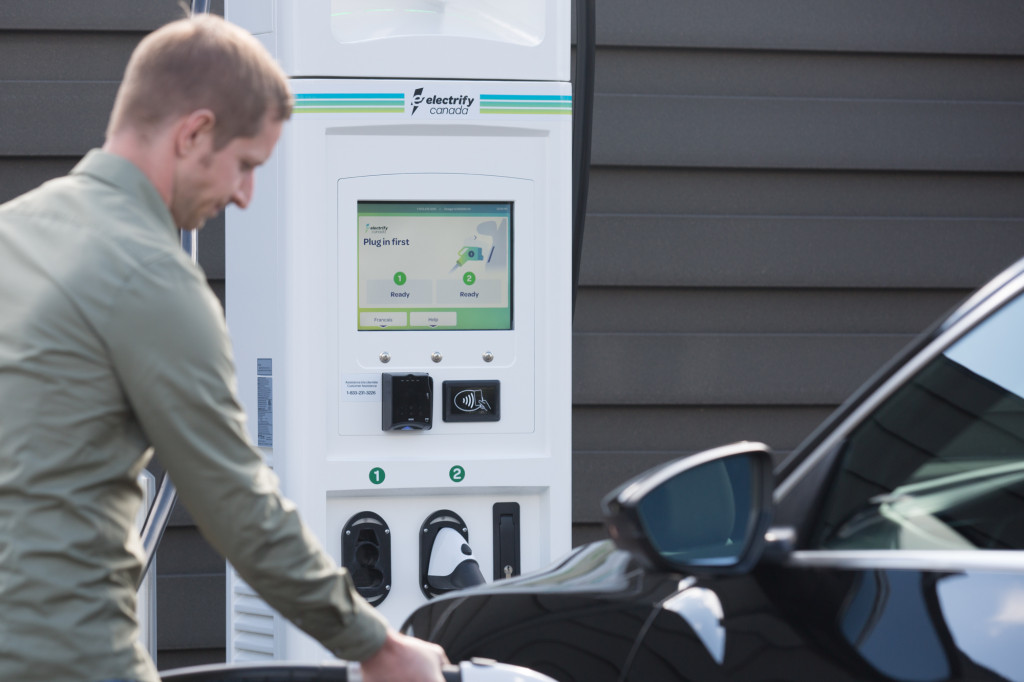 Rob Barrosa, the COO of Electrify Canada, called Canadian Tire “one of Canada’s most recognizable and trusted retailers,” and said it “shares the same values and core beliefs of providing convenience and reliability of services to users.”

“As a trusted Canadian brand that is a part of communities from coast-to-coast-to-coast, Canadian Tire is responding to Canadians’ desire to reduce their greenhouse gas emissions, through initiatives that include making EV charging stations available at select locations across the country,” said Andrew Davies, Canadian Tire’s Senior Vice President, Automotive.

The network sets its pricing based on three power levels, 75 kw, 125 kw, and 350 kw. Those correspond to per-minute pricing. Occasional users will be charged a $1 CDN session fee for each charge, but frequent users with the Electrify Canada Pass+ can pay $4 CDN a month to waive that fee plus save about 20 percent per minute. 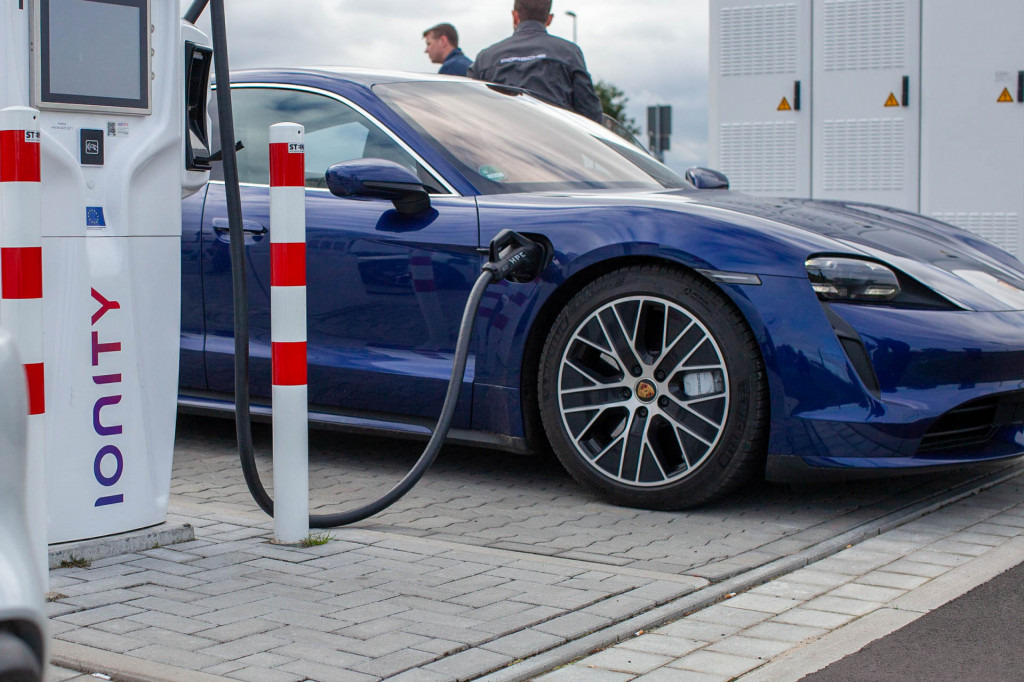 The cars to take advantage of 350-kw charging just aren’t here yet, however—and possibly won’t be for some time. The one exception is the Porsche Taycan, which is arriving late this year and can be charged at 270 kw (at 800V). Although the Tesla Model 3 charges at 250 kw now, most other non-Tesla models top out at 150 kw today. More models with higher-power charging are on the way.

Is there something about amenities at Canadian Tire we don’t know about that make it a good highway break? While we see the strength of a strong brand, any cultural context from our neighbors to the north would be much appreciated.