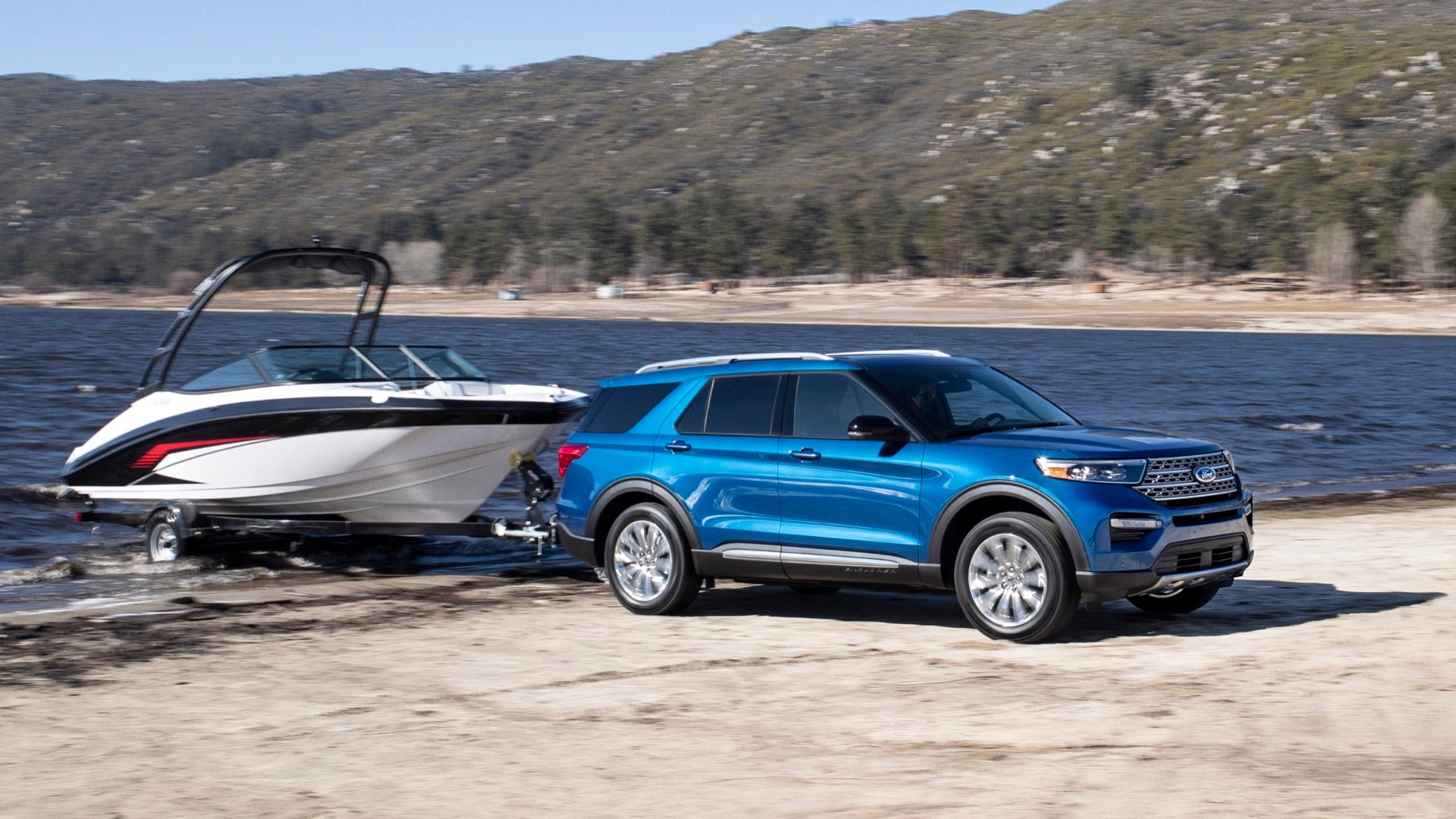 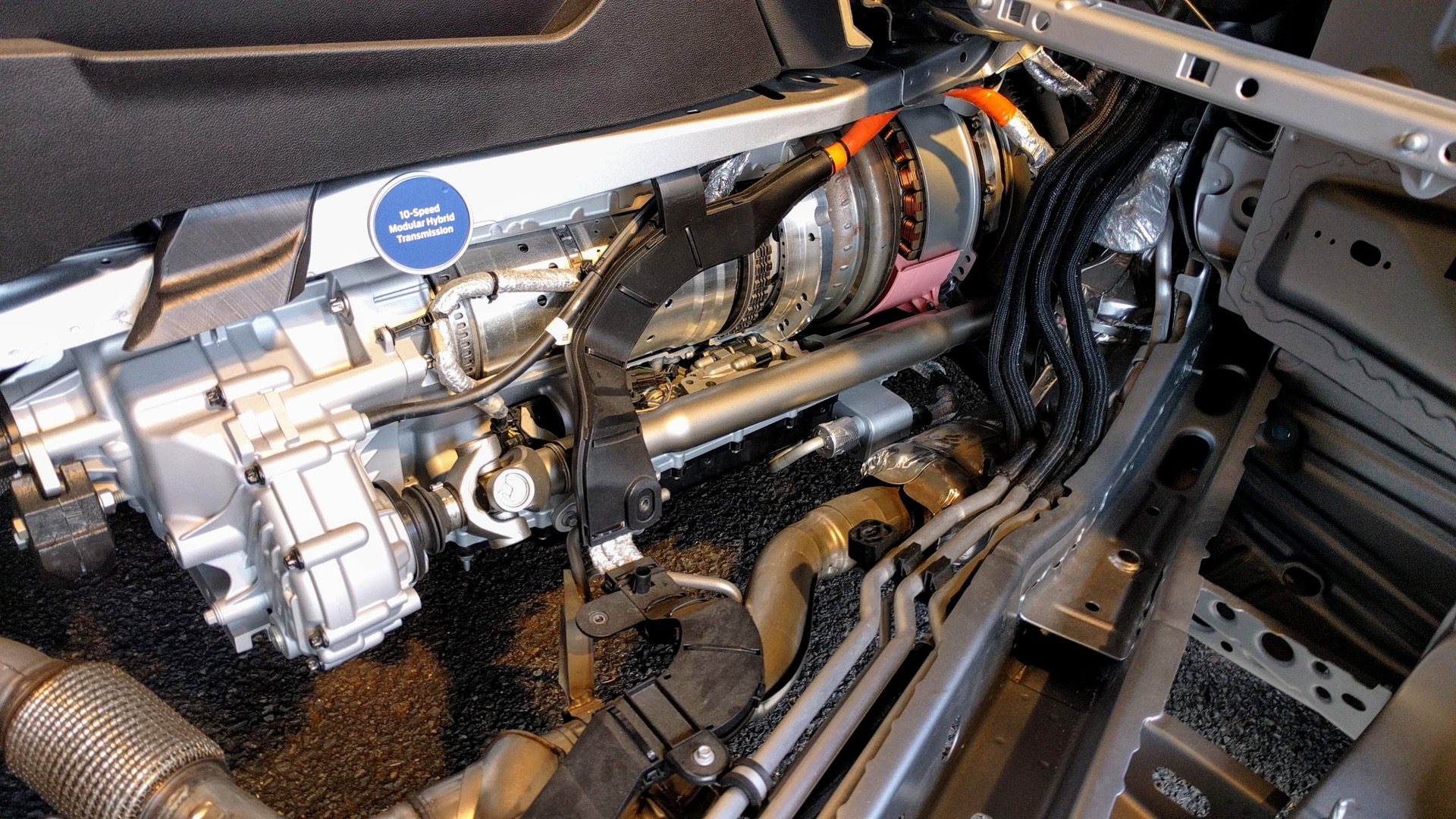 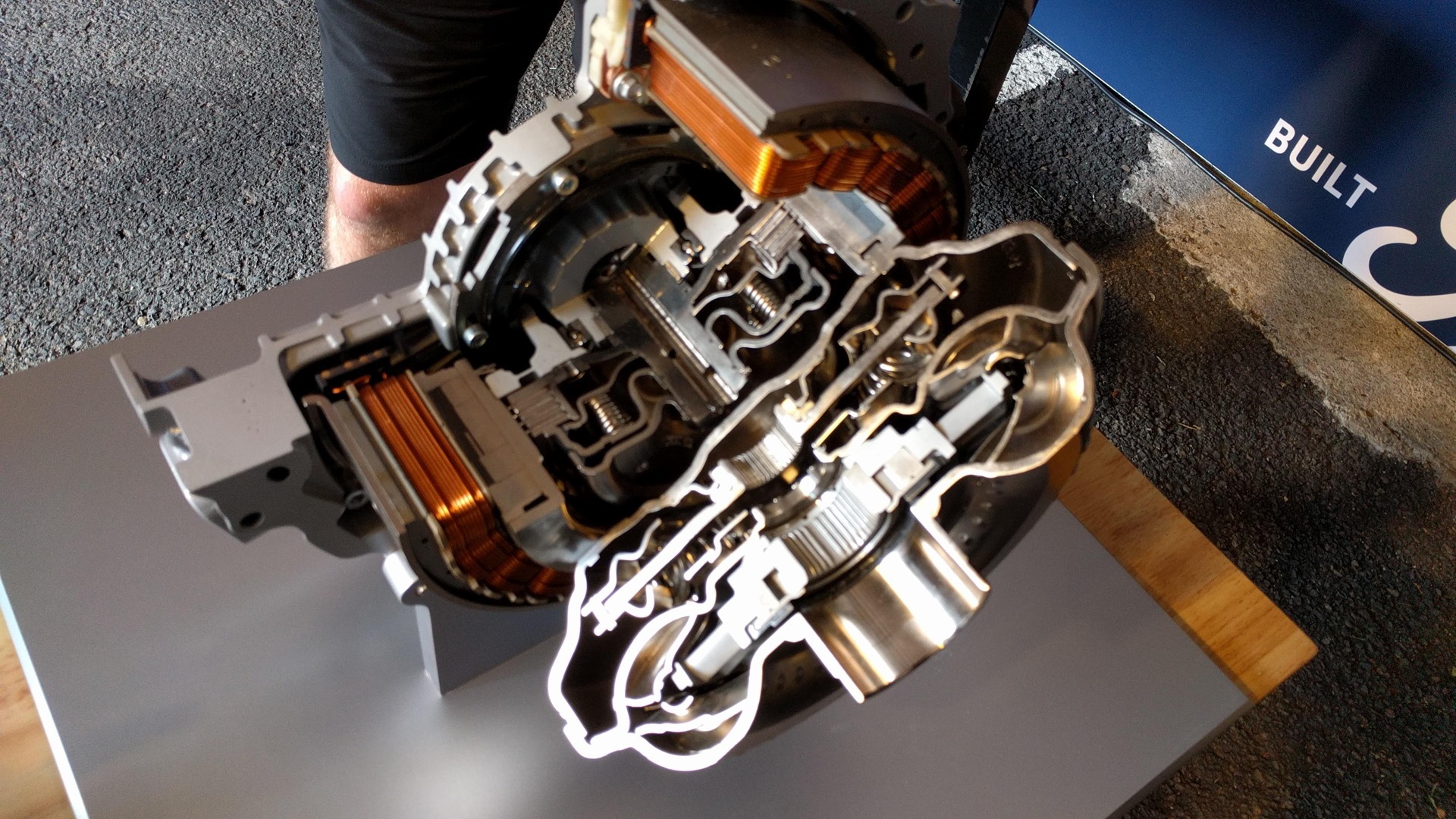 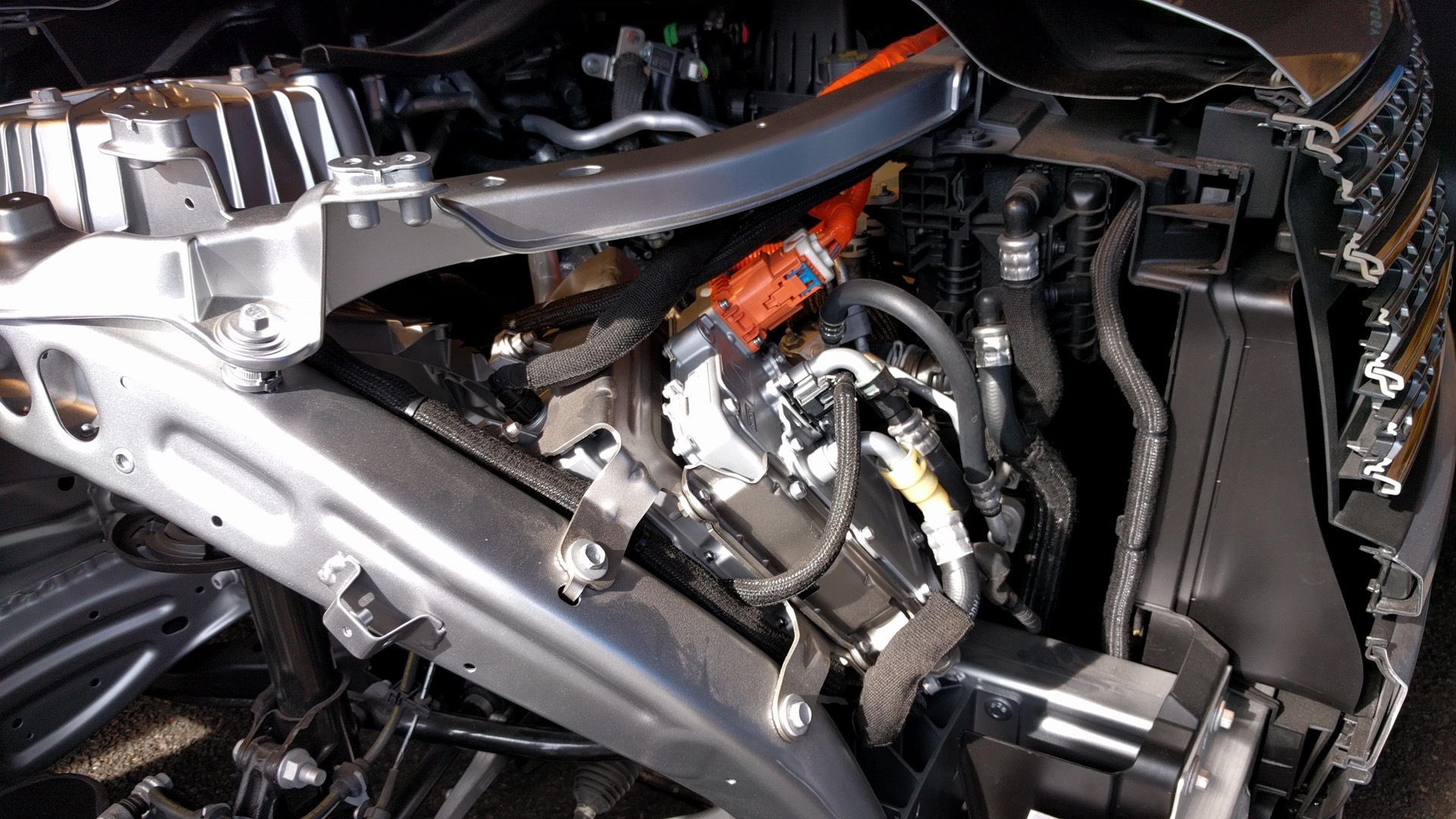 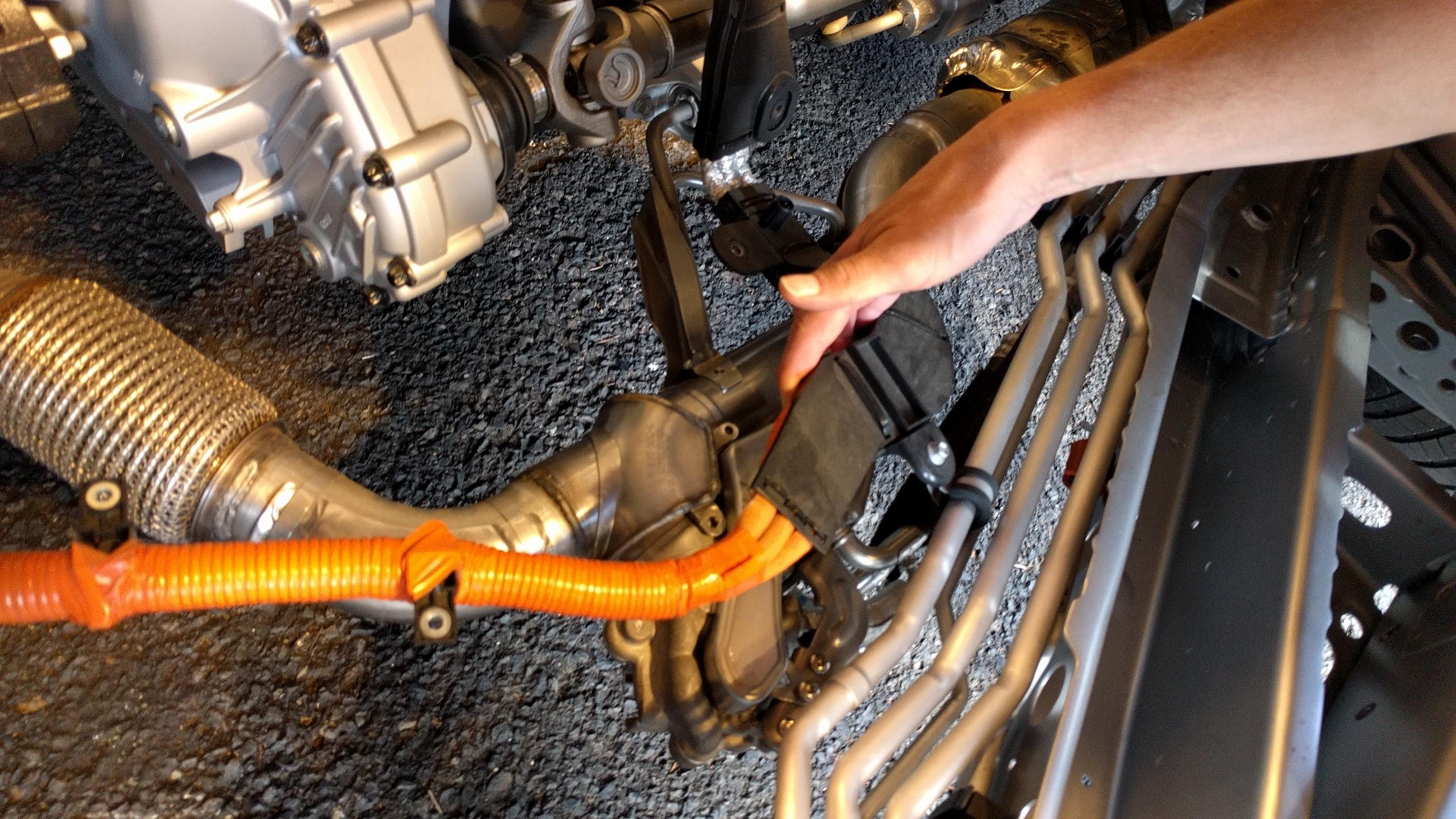 Ford has a lot of catching-up to do with respect to hybrids and plug-in hybrids.

It’s a puzzling place, as the company had a healthy lead early this decade. The Ford Escape Hybrid held onto what was a strong hybrid niche for Ford, and the introduction of hybrid and Energi (PHEV) versions of the C-Max and Fusion seemed like the start of something much bigger.

Heading into the 2020 model year, Ford is starting to roll out the fruits of a new hybrid plan revealed last year, that involves rebooting the Escape Hybrid, bringing out an Escape Plug-In Hybrid, and working on hybrid versions of the F-150, Mustang, Explorer, and upcoming Bronco.

While the 2020 Ford Escape Hybrid and Plug-In Hybrid have a revised version of the familiar torque-split system that was used on the C-Max and Fusion (and older Escape), the other primarily rear-wheel-drive vehicles do it different. In those other vehicles, a new modular hybrid system built around a 10-speed automatic transmission—essentially adding a motor unit to the input end of the transmission, plus a disconnect clutch at its hub that allows combinations of engine and motor for acceleration or regenerative braking.

The 2020 Ford Explorer Hybrid, going on sale later this summer, is the first to feature this system, and it will be followed later this fall by the first plug-in hybrid application (for the U.S.), in the Lincoln Aviator Plug-In Hybrid. At the launch of the 2020 Explorer last week, we had the opportunity to get a talk-through of the hybrid system, while walking around a cut-out view of how it all fits together. 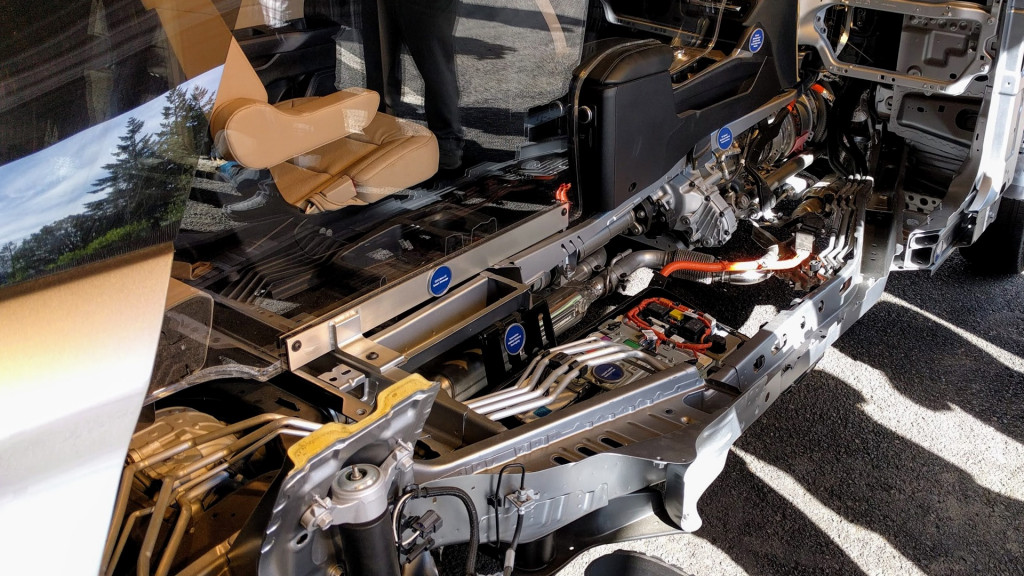 Based on that conversation, here are six points to keep in mind about Ford scaling up this new system, which you’ll be seeing a lot more of, soon:

Scalable engine and motor. In the Explorer Hybrid, Ford chose a 3.3-liter naturally aspirated (non-turbo) V-6, and a 35-kw (44-hp) electric motor that can provide 221 pound-feet of additional torque.

Flexible production. The whole hybrid “transmission” is made alongside Ford’s 10-speed automatic and shares about 90 percent of its parts with it. The hybrid unit has the same lug spacing as the non-hybrid transmission and only adds 6.3 inches of overall length versus the non-hybrid unit. In sum, Ford could go big with these hybrids if demand (or regulation) pulls.

Focused on capability. While many hybrid systems get rid of a torque converter, since you have the torque of an electric motor to get the vehicle moving and help smooth shifts, Ford has opted to keep it, mainly to keep the towing, hauling, and maximum-performance capabilities of the vehicles it’s installed into. Ford didn’t consider a lighter-duty version of this system, it says; instead, that’s the point of the power-split system in the Escape. 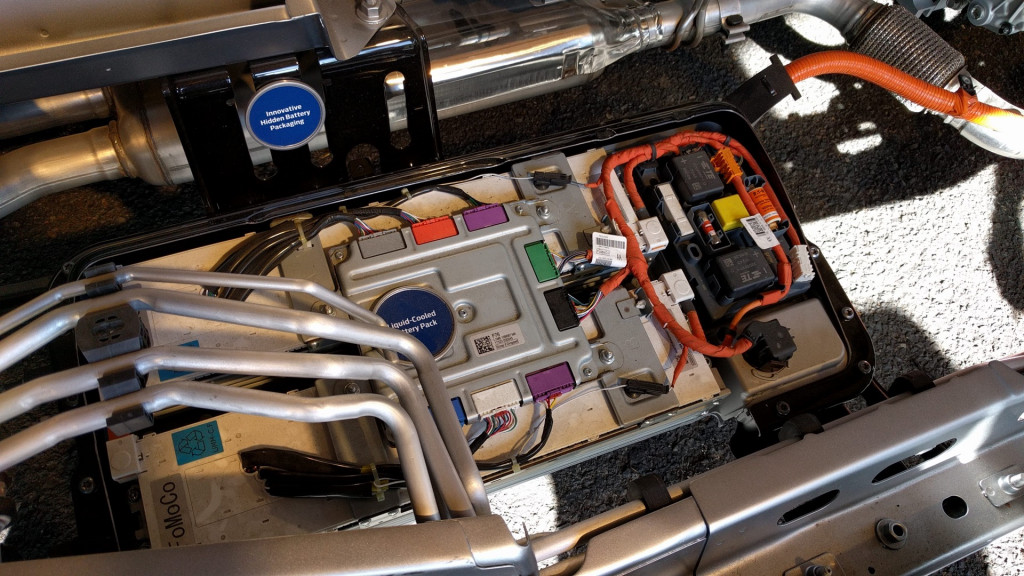 Comprehensive heat management. Both the battery and the power electronics are actively cooled, with the same circuit. Ford has incorporated a heat-transfer system with a cool plate and coolant loop underneath the battery. A chiller can use the electric A/C to cool the system when needed. Thermal management applies to the motor as well, where transmission oil helps cool the windings.

More engine off. Ford is opting for resistive heat on plug-in hybrid versions of this modular system but conventional engine heat on hybrids. Thanks to an exhaust-heat recovery system that takes waste heat from the exhaust and puts it back into the coolant, the engine warms up quickly and there’s almost no additional running of the engine just to warm the coolant.

Power take-off! As Ford has already announced, the F-150 will come with a power take-off that will help power tools or temporary installations. Those overseeing the project made clear that's part of the modular approach, and it's possible to add the system to any of the other hybrids without redesigning the system or its power electronics. “We see customers putting portable generators in the bed of their truck,” explained Gitanji McRoy, Ford’s manager for hybrid powertrain systems. “Hybrid technology can help deliver that, without having to buy that extra device and without having to take up the cargo room that it does.”