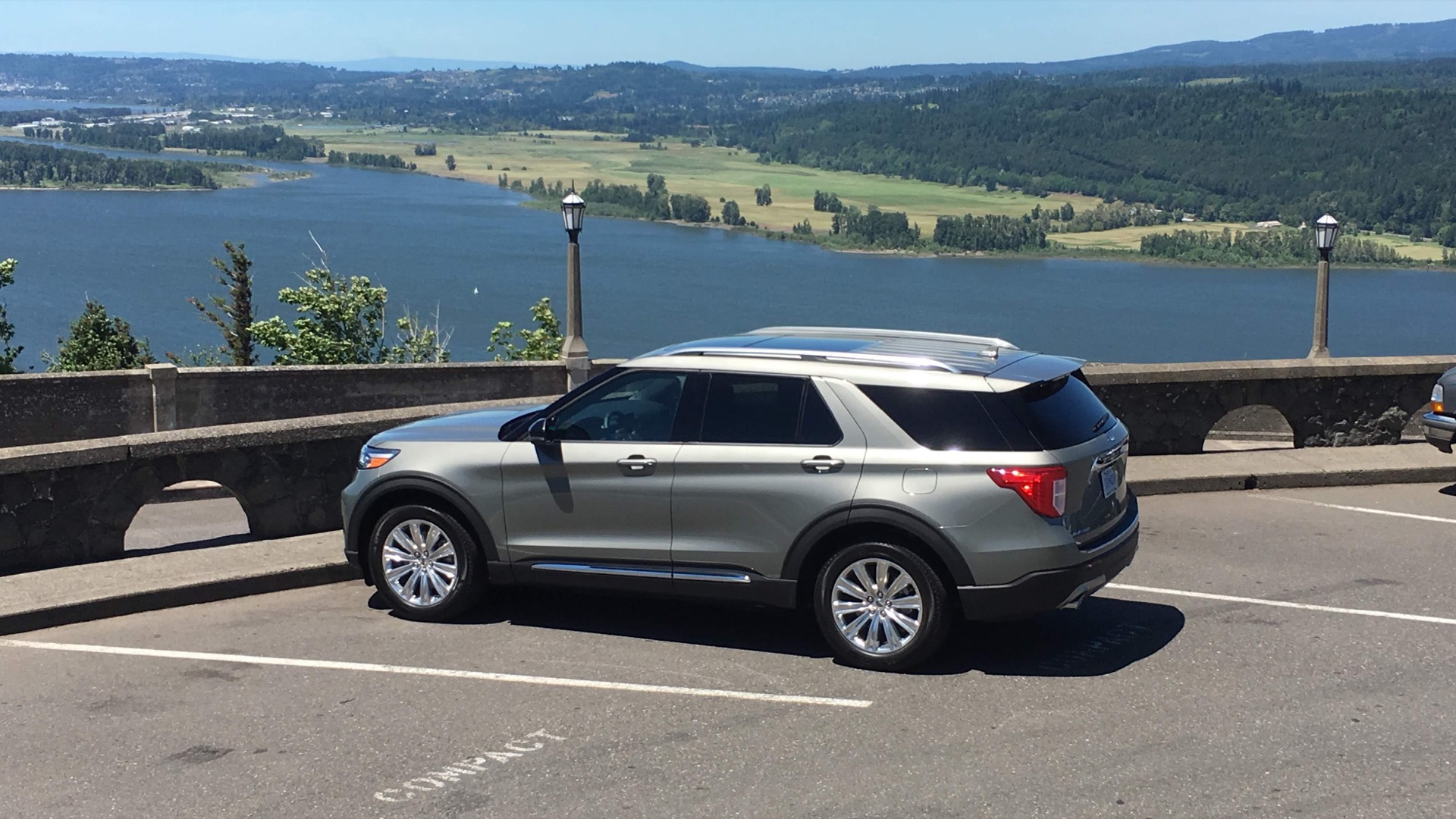 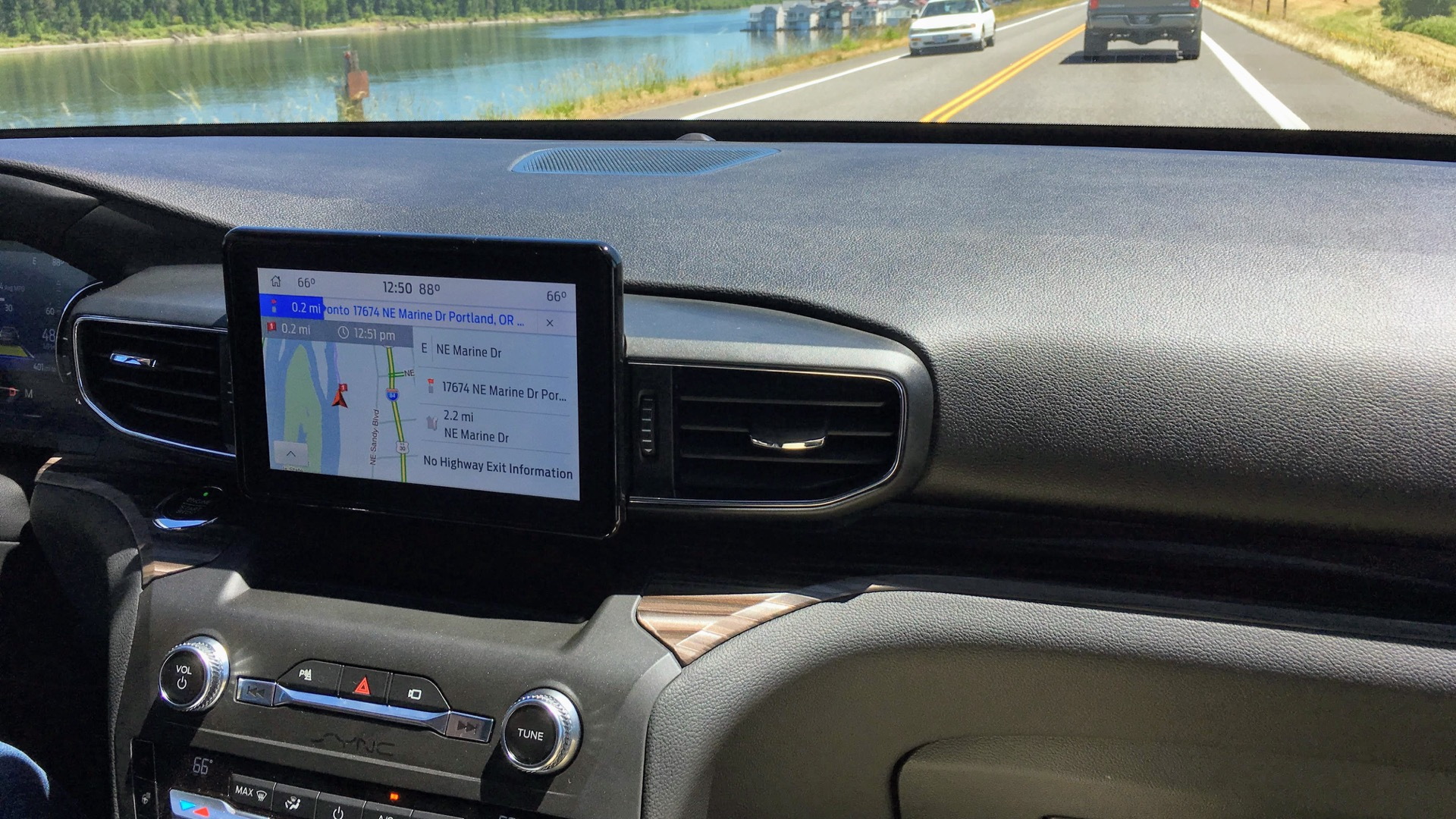 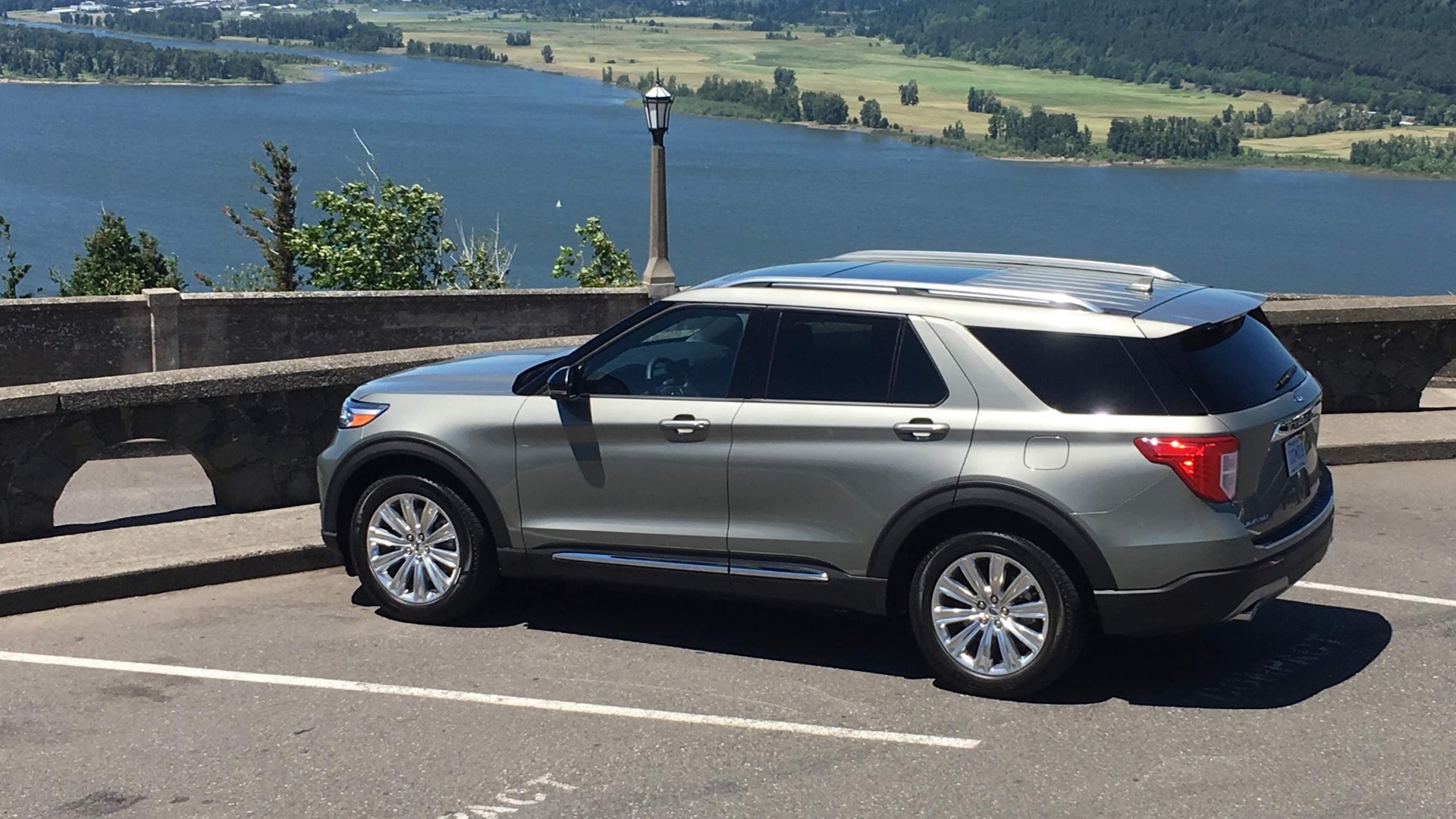 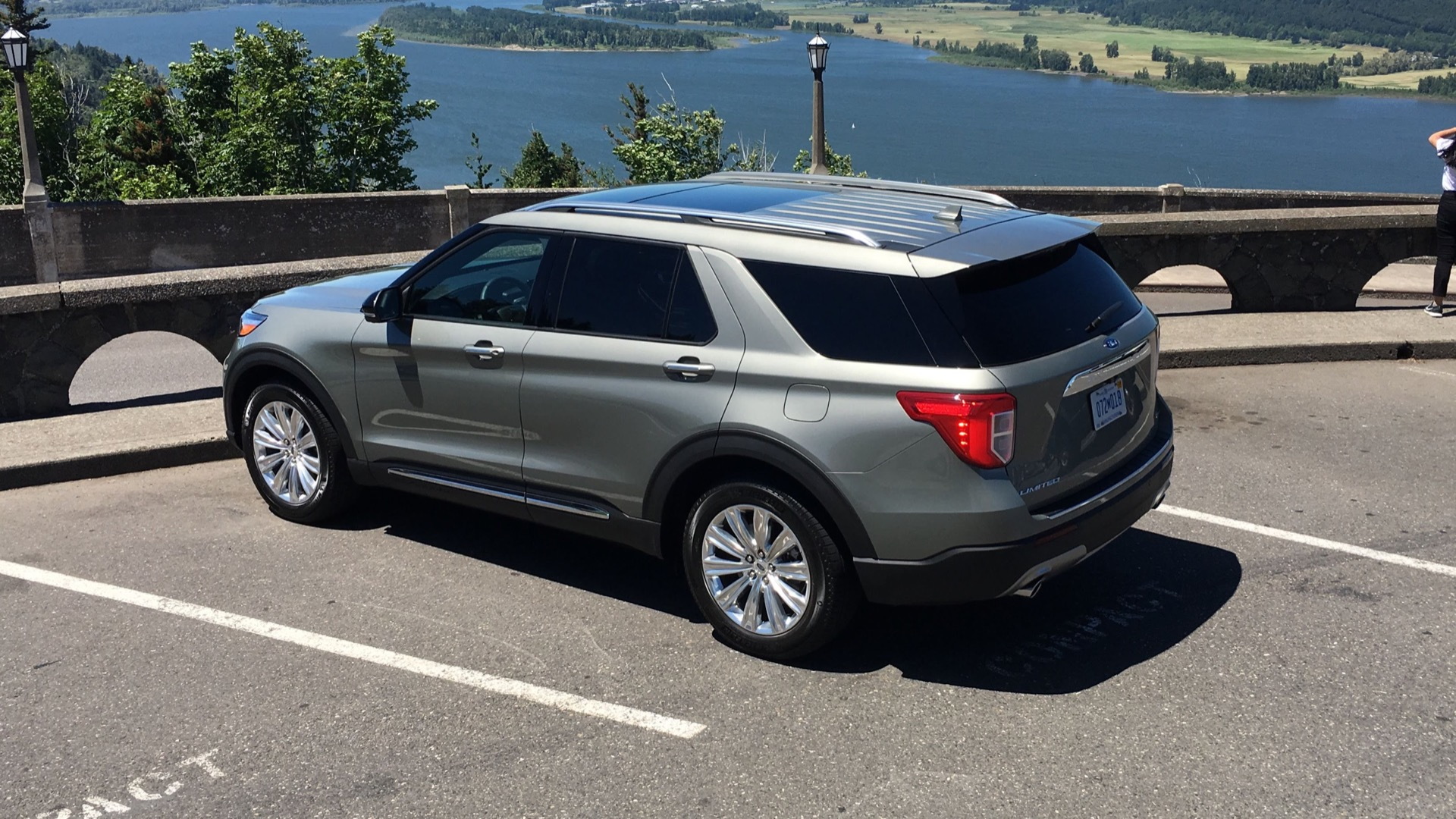 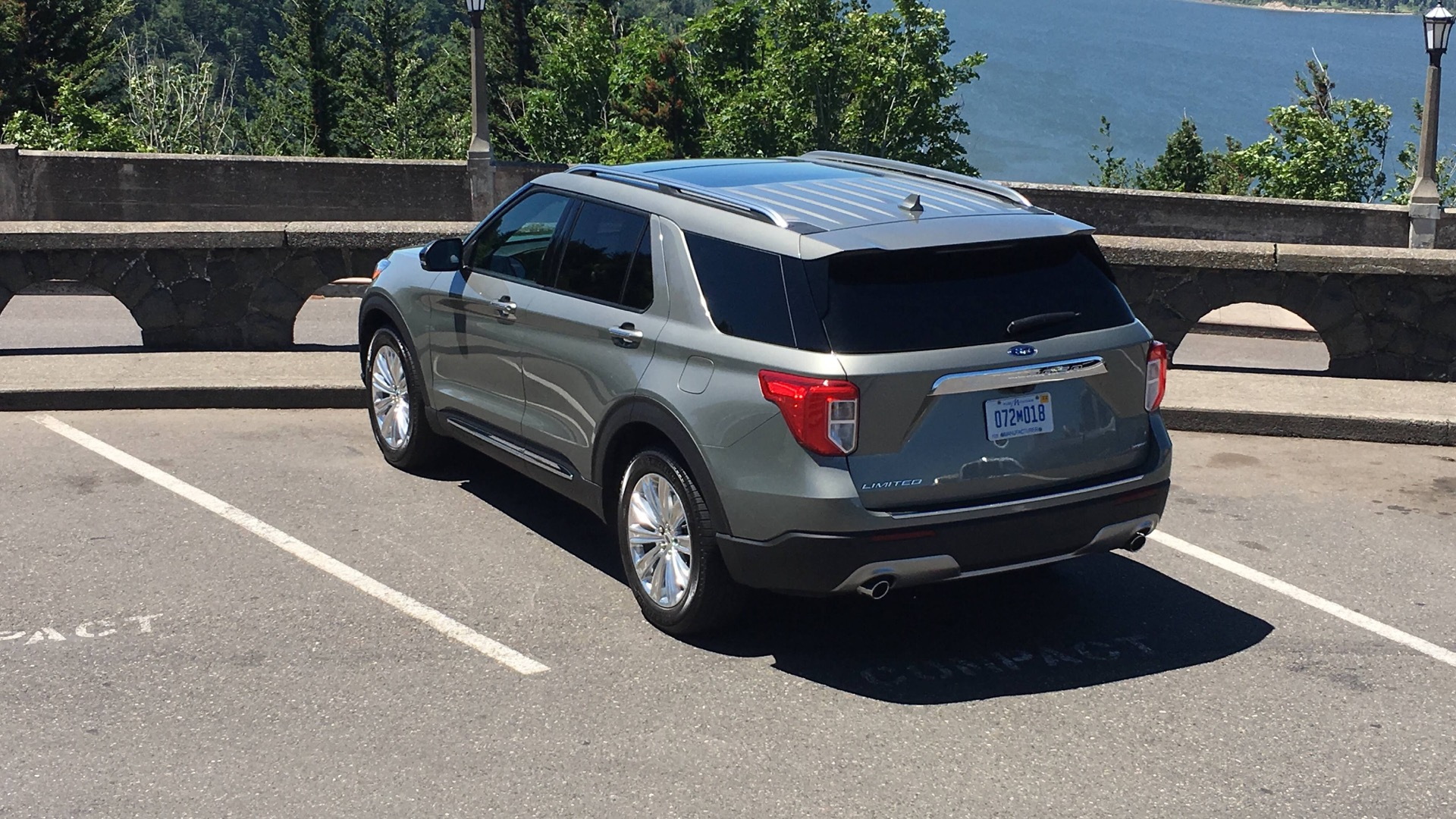 Hybrid systems aren’t all tuned for the highest possible fuel efficiency. You can use the boost of an electric motor system to actually increase the capability of a vehicle without using more fuel—which in turn saves fuel as you don’t have to opt for a bigger vehicle or bigger engine.

Such is the case with the hybrid system Ford has just developed for its vehicles that are built on a rear-wheel-drive platform. And the first of these to reach the market, later this summer, is the six-passenger 2020 Ford Explorer Limited Hybrid—the first and only hybrid version of the Explorer Ford has ever made. It starts at $53,375 and, as we drove it last week, had a grand tally of $57,975.

The Hybrid uses a 10-speed automatic transmission that shares 90 percent of its components with the 10-speed automatic in non-hybrid models. It adds a 35-kw (44-horsepower) modular electric-motor system, with a disconnect clutch at its hub, hooked up to a 3.3-liter (non-turbo) V-6 engine. Total system output is 318 hp and 322 lb-ft of torque.

That, combined with software controls, permits the Explorer Hybrid to accelerate or decelerate with either power source individually or together.

The 1.5-kwh lithium-ion battery pack is liquid-cooled, and it stashes neatly under the second-row seat area with no difference in packaging versus non-hybrid versions. Power electronics are located under the hood, to the right side, and they share the battery’s cooling circuit.

Why did Ford opt for this setup? According to engineers, they worked backwards from what it saw as customer expectations and the need to tow 5,000 pounds and also maintain the same off-road ability as other Explorers.

The electric motor wouldn’t entirely soothe the system and its shift shocks when pulling the highest loads, so Ford opted to include a torque converter. And while that’s complicated to coordinate with electric-motor boost (there are plenty of lines of additional code, we hear), it’s probably the reason for something curious we noticed when driving the Explorer Hybrid: This is not a hybrid for subtle, feather-foot drivers.

To put it another way, the more aggressively we drove the Hybrid, the better-coordinated it seemed and the more we liked it. Driving the Hybrid gently, especially at 15-40 mph city speeds, left room for some hesitation and lurching when we rolled gently back onto the accelerator. Putting the system into Sport mode, which locked the gasoline engine on, felt like the best-coordinated way to go, with the motor stepping up almost instantly when we eased harder onto the accelerator and filling in shifts of the transmission.

Just don’t expect to see very much all-electric operation in any case. Back in its Normal mode, we saw as high as 49 mph in electric-only mode only when we very (very) slowly accelerated, while one other driver saw an indicated 52 mph with the engine off. Ford engineers suggested that was about the upper limit. Regenerative braking is quite strong, and studying a gauge display you can maximize its contribution—although the battery pack fills up quickly, as we noted when going down a long grade and suddenly feeling the regen drop out. Luckily the friction brakes are strong and confidence-inspiring.

All the versions ride and handle beautifully, with an underlying firmness under an initial softness. Hybrid models did feel heavier than other versions of the Explorer, though.

Four-wheel-drive versions of the Explorer Hybrid are identical to rear-wheel-drive versions, outside of adding a transfer case at the back of the transmission plus a mechanical propshaft to the front wheels. Ford said it didn’t consider complicating the system with separate motor systems at either of the axles.

Ford also keeps the engine on all the time in some of the drive-mode selector’s modes, including Tow/Haul and Sand mode. Eco mode doesn’t technically keep the engine off more, but it softens accelerator inputs.

Mileage ratings for the Explorer Hybrid still haven’t been confirmed by the EPA, but Ford early on said that it anticipated 24 mpg combined (same as the non-hybrid turbo-4 version). In a driving loop of about 70 miles, including some Interstate driving and some fast-moving backroads, we saw a trip computer average of about 21 mpg.

Later, we took the Hybrid back out on a short, curvy driving loop to compare it versus the base 2.3-liter turbo-4 version and saw just 1 mpg better in the Hybrid—admittedly not the high-load test that Ford wants to justify the Hybrid’s reason for being.

When we asked Ford engineers if they’d considered a lighter-duty, efficiency-focused version of this system, they said that’s where the power-split architecture comes in, such as what’s used in the smaller Escape Hybrid.

As such, Ford would probably then prefer you not consider that the 2020 Toyota Highlander Hybrid does use a planetary torque-split system and tops the leaderboard with the highest fuel economy numbers in a hybrid three-row SUV. Toyota anticipates an EPA 34 mpg combined—for a vehicle that can seat eight.

One other interesting piece of this puzzle is that there are no leaves, no eco score, no congratulations when you park as to how good your stops were for regenerative braking. Ford has opted not at all to gamify the experience, and you have to click through the trip computer readouts for an Eco Coach that helps with a simple dynamic bar understand how much more electric power you can apply before the system starts the engine.

Ford says that helps the owner get to the point of understanding how to get what they need from the system, without it being a constant presence.

Gamification will be coming later—in the form of a connected smartphone app rather than something on the dash.