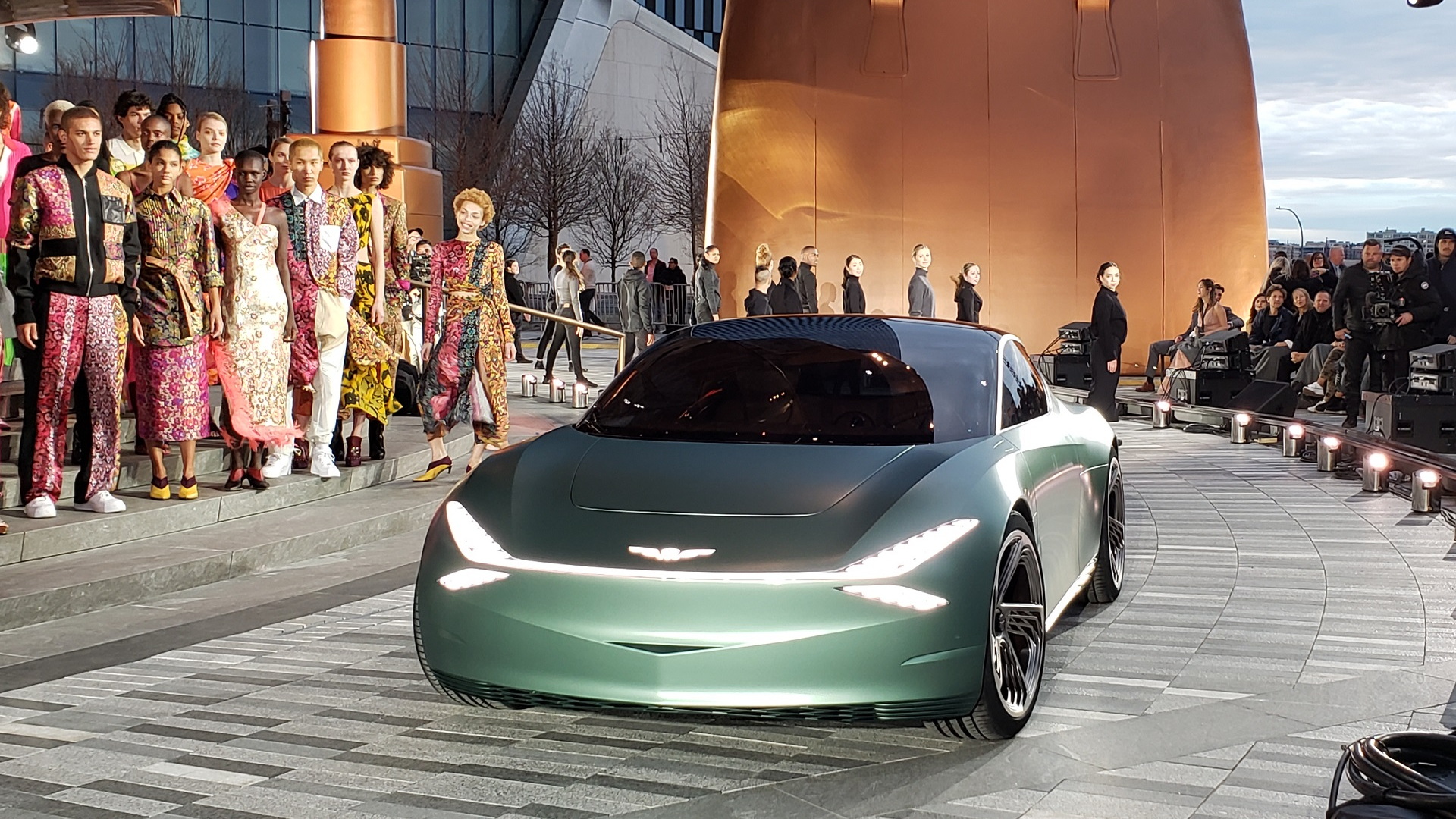 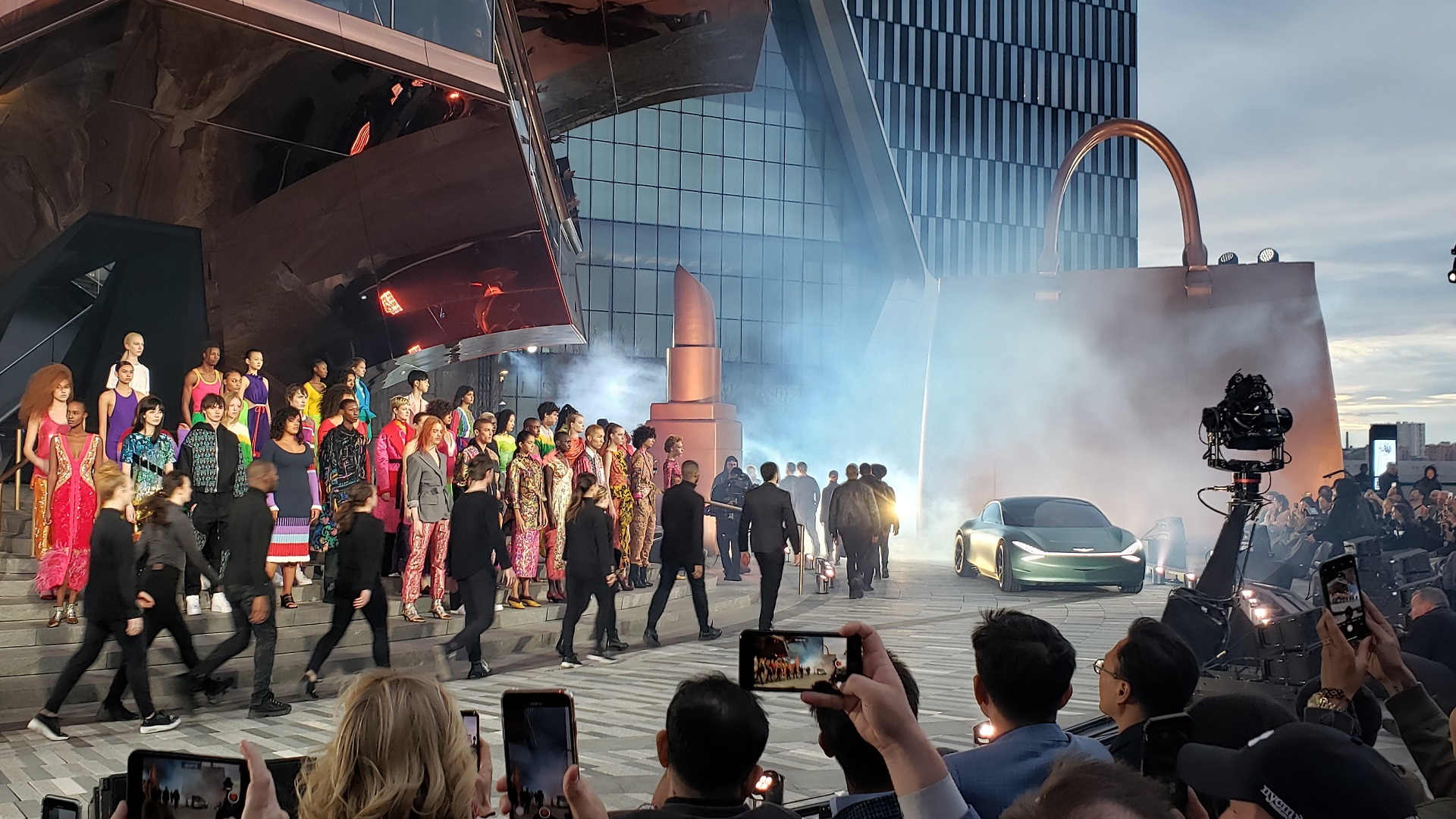 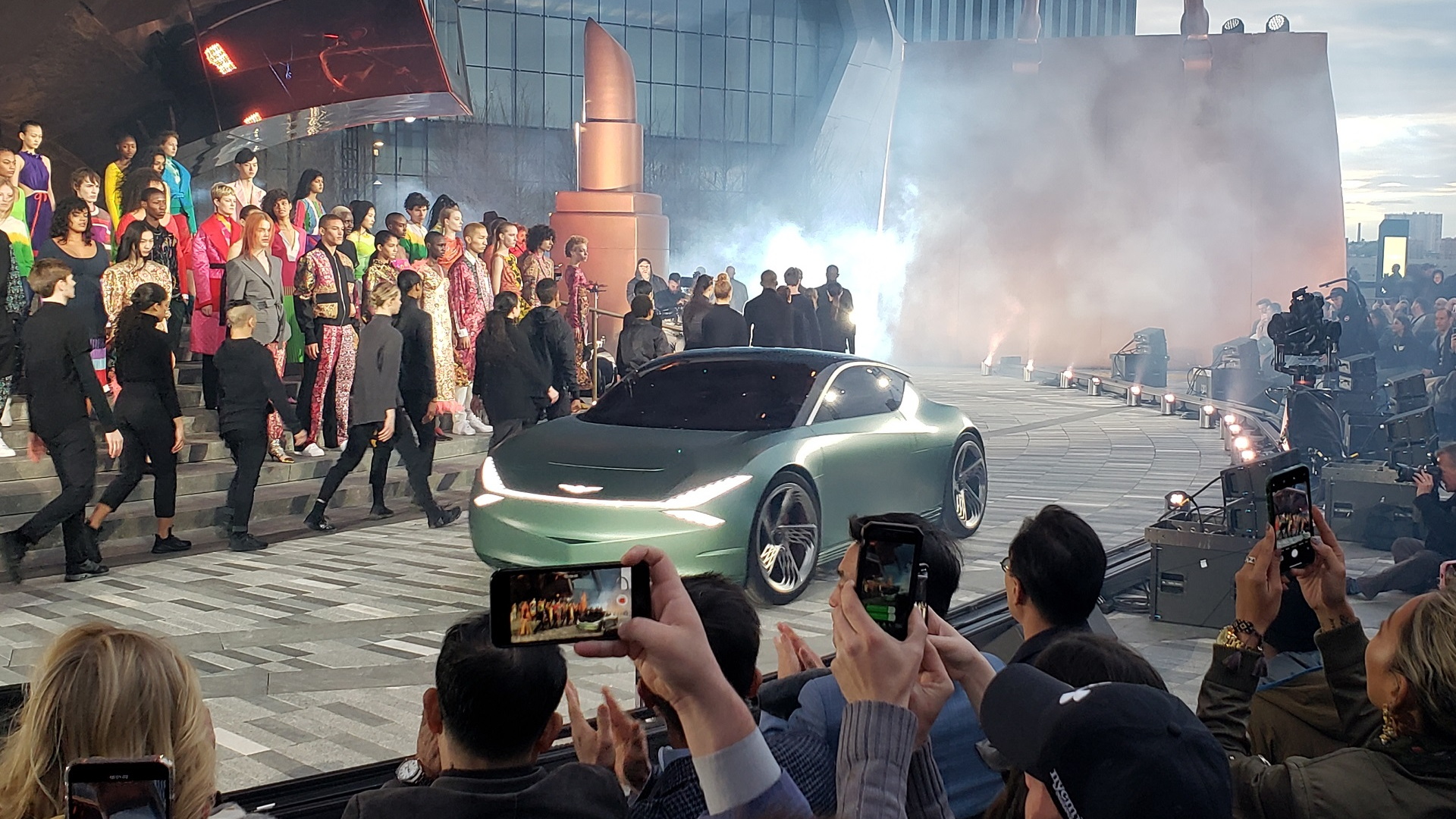 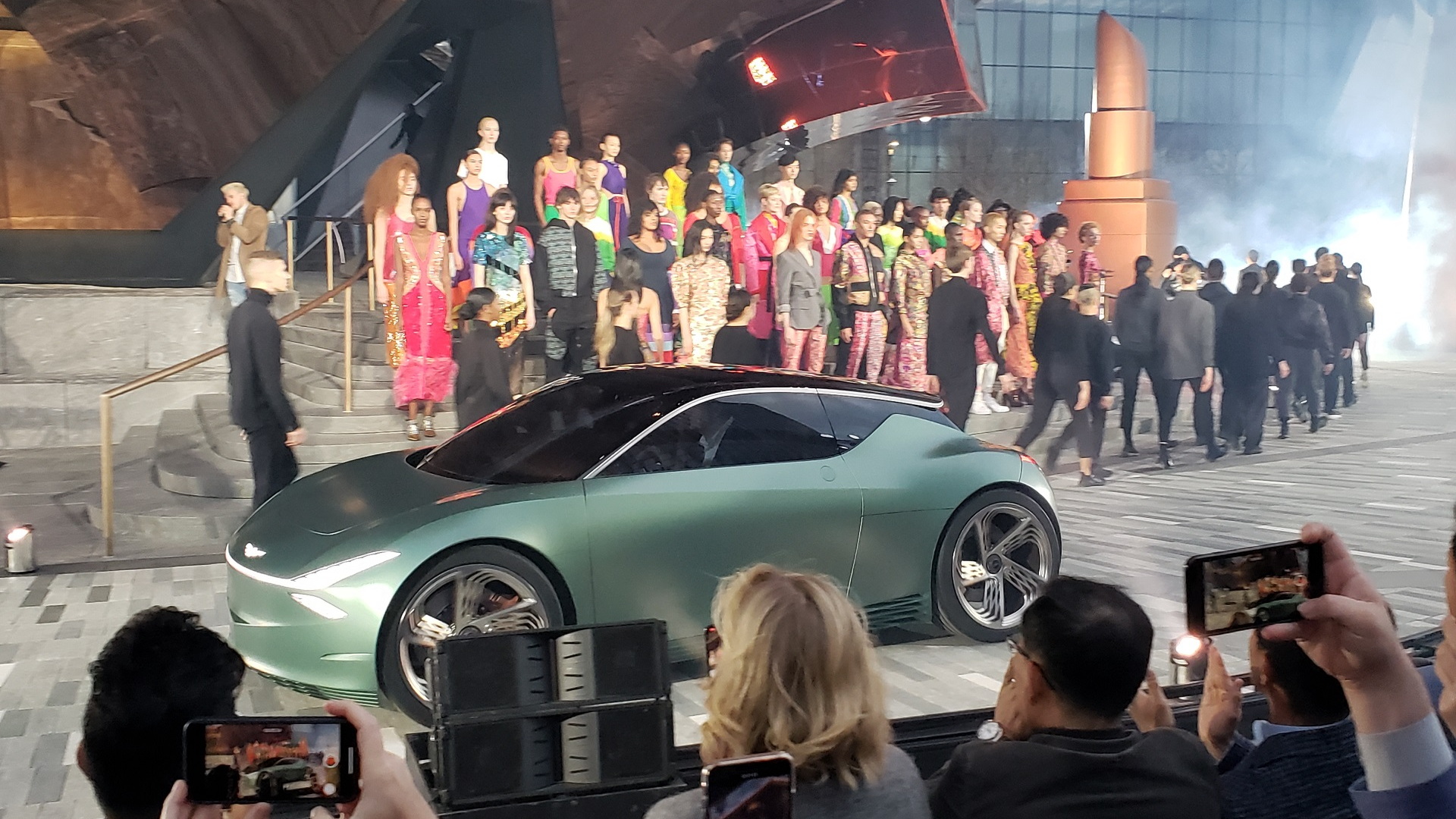 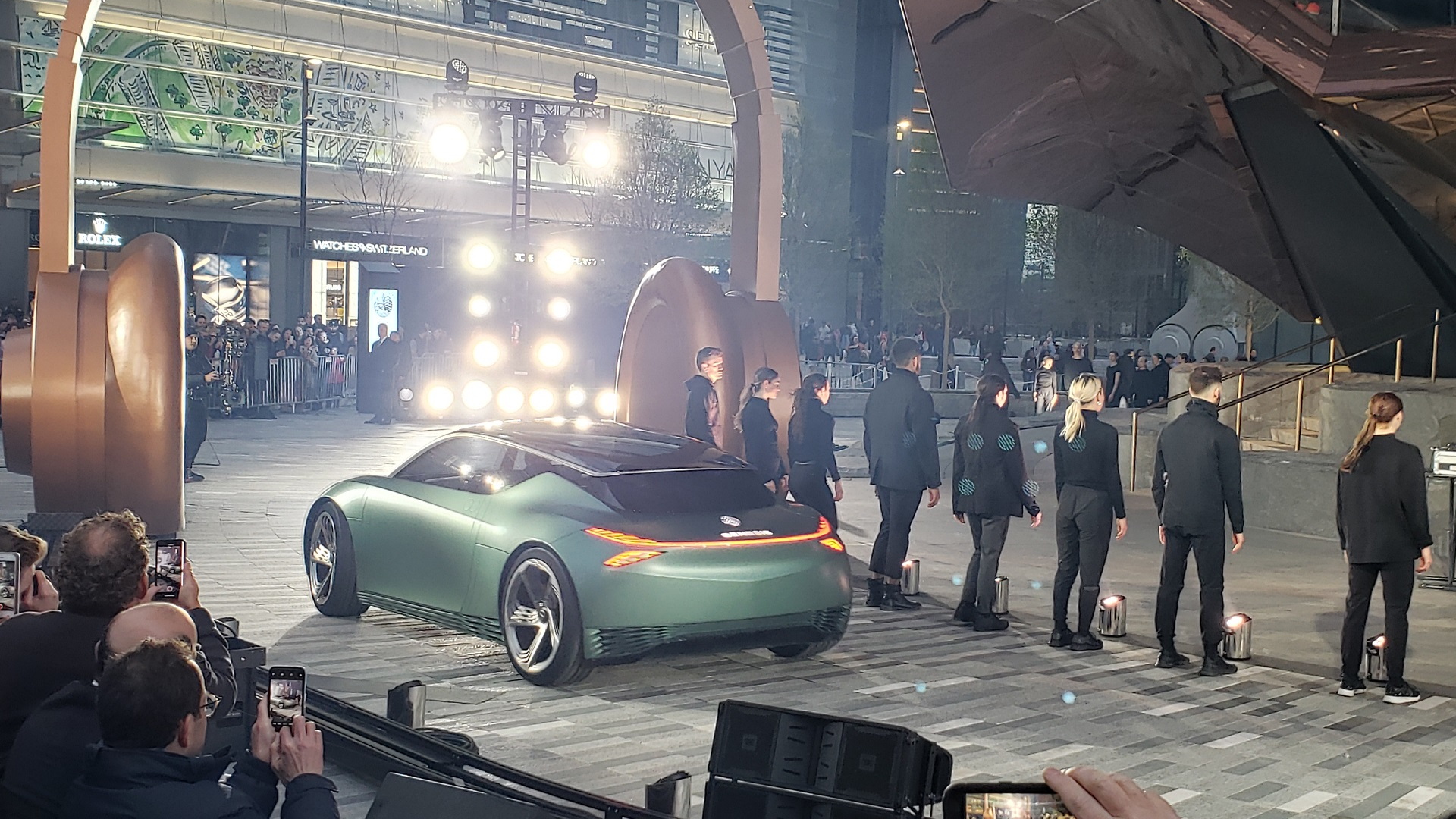 Few technical details were provided, though Genesis cited 200 miles of battery range. It also said the Mint concept includes 350-kilowatt charging—an ultrafast rate that won’t roll out on any vehicle until next year.

Urban car that’s not a box

Still, the Genesis Mint remains a different take on an urban car. Most vehicles in that category are short and upright—think Smart ForTwo or Mini Cooper—rather than low, sleek coupes. 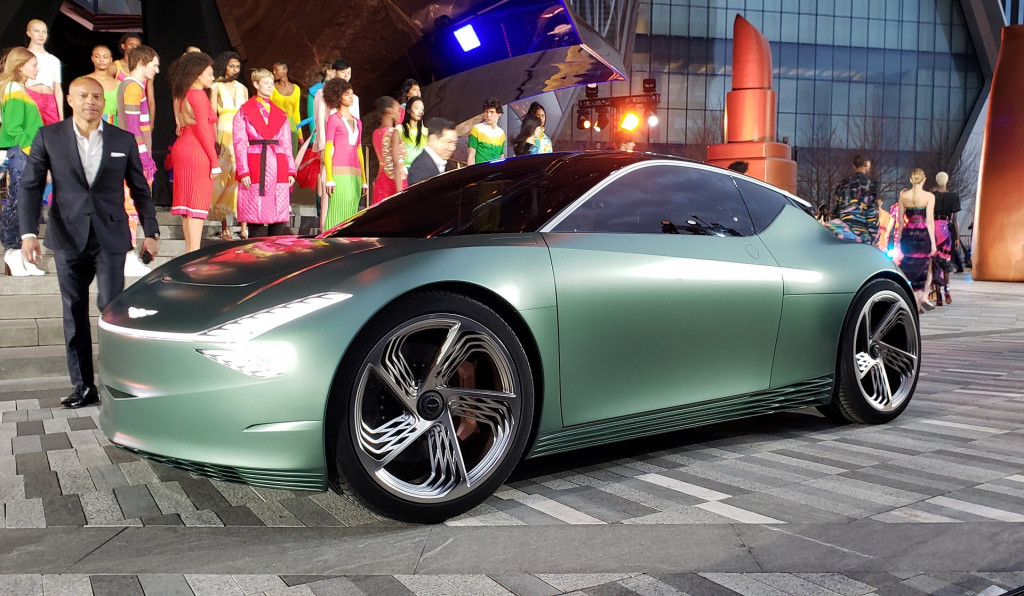 But instead of creating a small electric box on wheels for city use, Genesis design groups in Germany, South Korea, and the U.S. collaborated to produce “a new urban icon that marries classic proportions with forward-looking, minimalist design.”

Those are the words of Hyundai Motor Group chief design officer Luc Donckerwolke, who oversees styling for all three brands: Hyundai, Kia, and now Genesis. He explained: “The Mint Concept is a designer’s Occam’s Razor that challenged us to visualize a scaled-down interpretation of our signature aesthetic.”

OK, then. Donckerwolke was alluding to elements of the luxury brand’s “Athletic Elegance” design language: a crest-shaped grille, an accent line that sweeps up toward the rear, and quad headlights that sweep back from the front.

In the case of an electric car, the “grille” is a blanking panel with a small opening for battery cooling. The brand’s G-Matrix pattern is found in the large wheels and the openings to allow air to circulate around the battery for cooling. 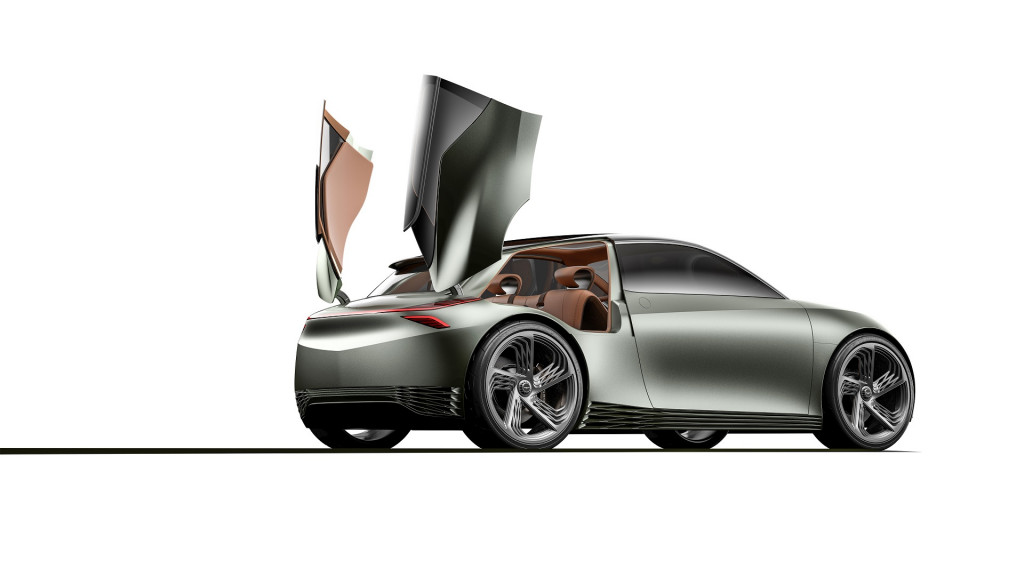 Photos of the Mint don’t really indicate its scale: It’s a small car, with roughly the footprint of a Mini Cooper. The large wheels sit right at the corners of the car, making it look longer than it is.

The most unusual exterior design flourish may be the lack of a conventional hatchback. Instead, scissor-style openings on each side let drivers load bags and packages into the rear compartment.

Inside, the central console folds away, turning the floating bench seat into a settee. The instrument panel and seat both swivel, to make entry and exit easier.

Otherwise, the long horizontal span of the dash is open. Controls are found in the six small displays that surround the oblong steering wheel, with a seventh right on the hub of the wheel itself. 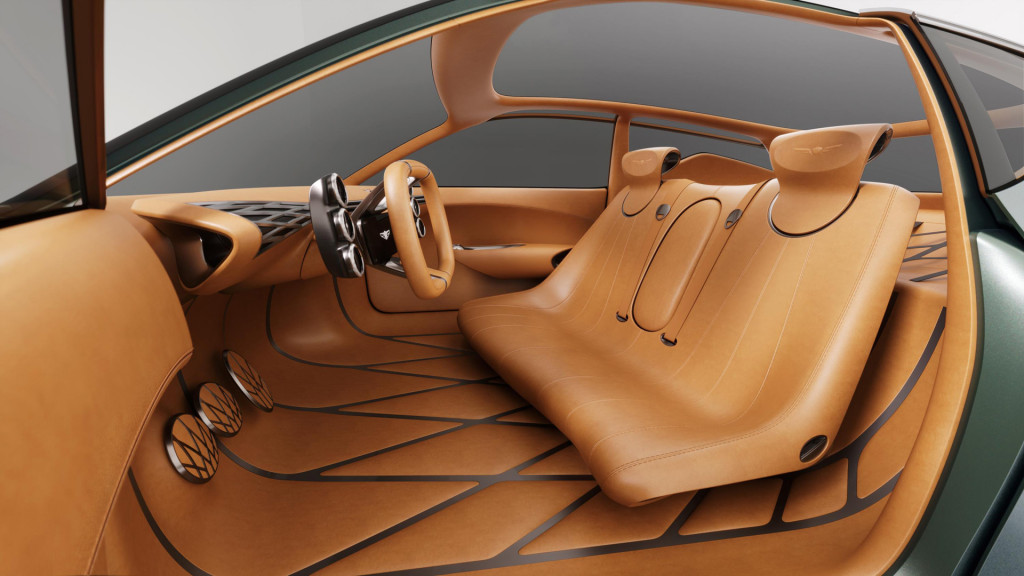 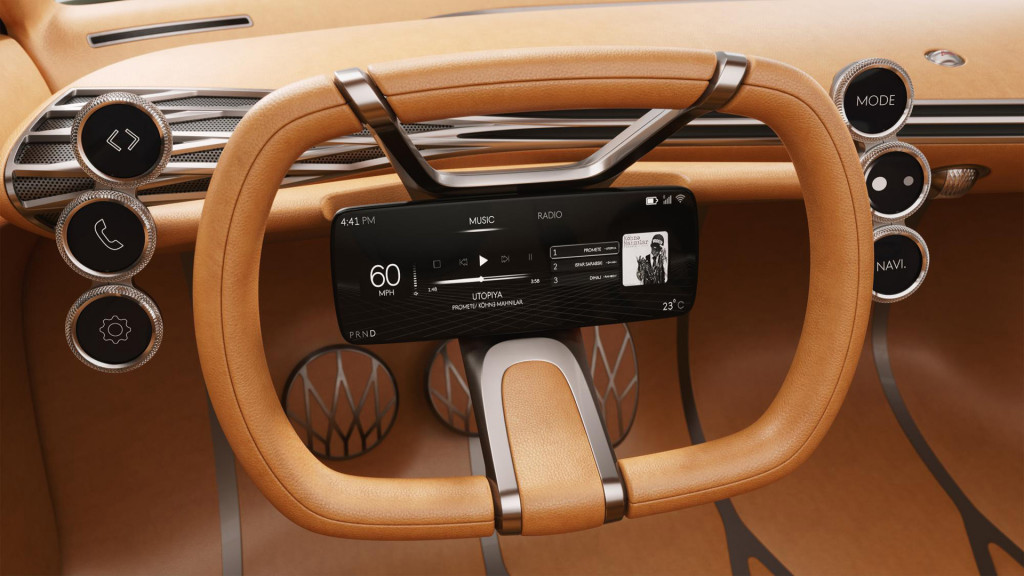 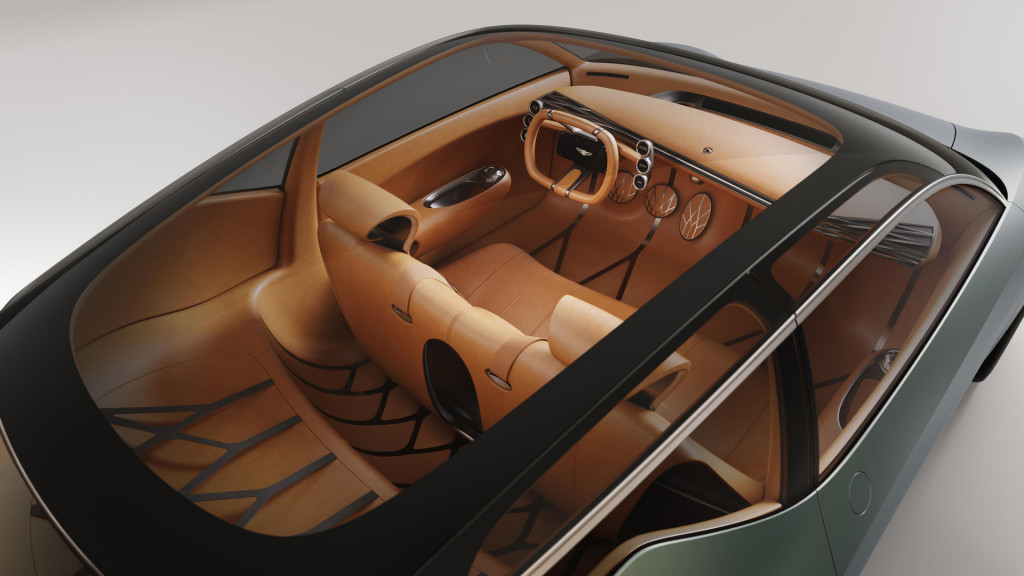 (For those who wonder about an electric car with a third pedal, it's a 'dead pedal' for the driver's left foot.)

The car’s New York debut follows the Genesis tradition of unveiling new vehicles at the New York auto show. The debut event was titled, “Big Apple, Small Car,” and it took place in Hudson Yards. That’s the new multi-billion-dollar forest of 50-story and higher office towers and luxury residences just across from the Javits Convention Center where the auto show takes place.

Genesis was the first automotive brand to unveil a car at the development’s iconic public art work, known as The Vessel. It’s a basin of staircases with polished copper undersides, and the carmaker produced an entire fashion show at its base before the car capped off the production.

Hudson Yards has been slammed for turning its back on the Manhattan that surrounds it. Indeed, nothing at all inside the development indicates that it’s part of New York City. It’s focused on the open space inside its multi-block site, and packed with global luxury stores that could be found in London, Rio, Tokyo, or Shanghai. 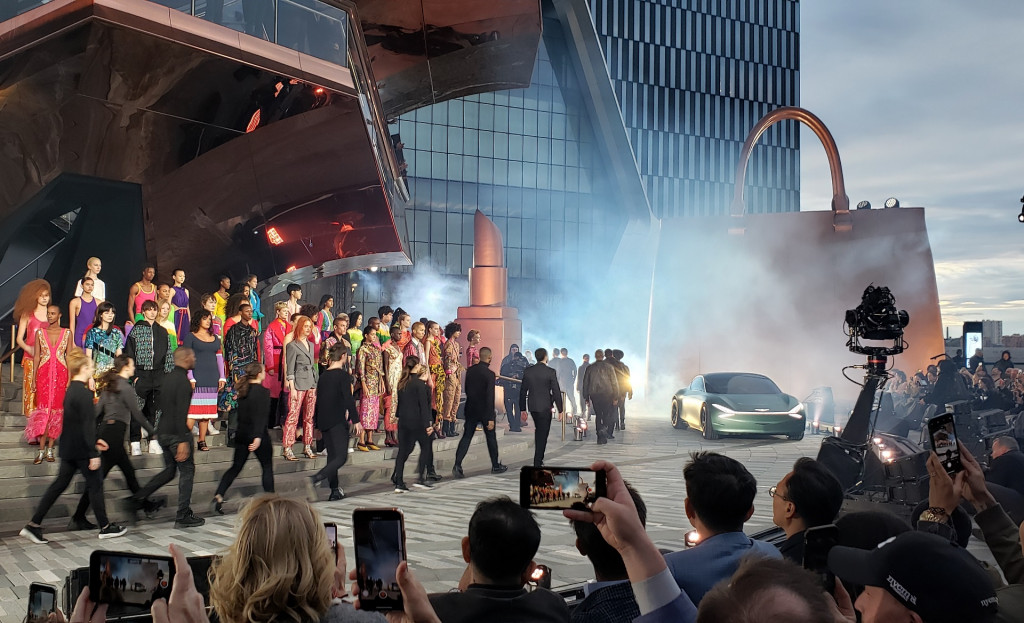 So the small, urban Genesis Mint concept and its skateboard electric platform aren’t primarily aimed at North America. For us, a large battery-electric luxury sedan is rumored to provide Genesis its first Tesla competitor at some point—perhaps with SUVs following it.

Smaller electric cars, though, will let Hyundai’s ambitious luxury brand launch into China focused on what that country’s government deems will be its automotive future. 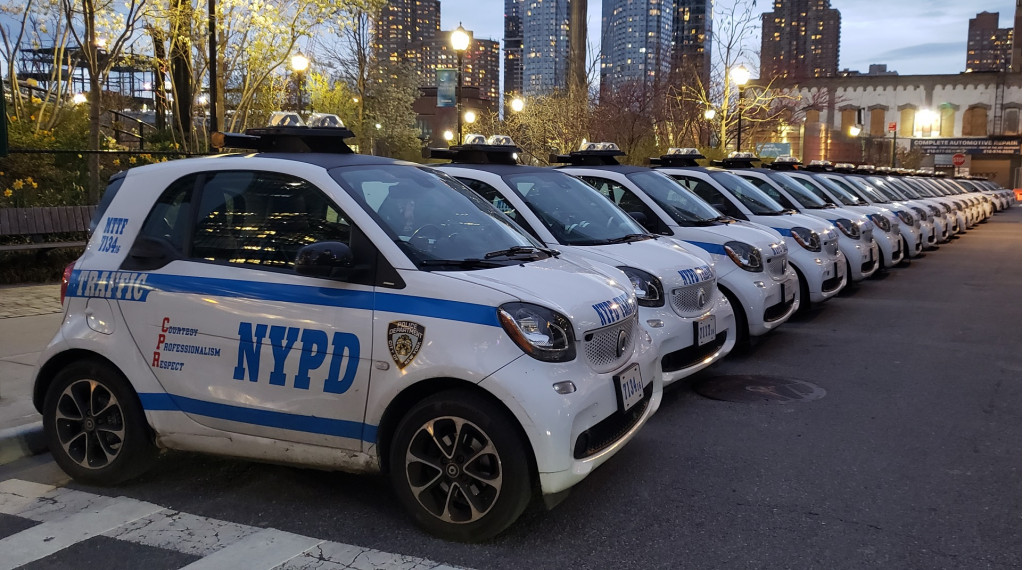 Meanwhile, the fate of purpose-designed two-seat urban cars in the U.S. was on display in another part of Hudson Yards. Dozens of Smart ForTwo minicars were lined up in rows, all sporting New York Police Department livery. They replaced the three-wheeled Cushman scooters NYPD parking-enforcement agents used to drive.

In that light, think of the Genesis Mint concept as a truly global design exercise—and a statement of intention to be part of the coming electric-car world. For actual Genesis EVs we’re likely to be able to buy, we’ll have to wait for future auto shows.