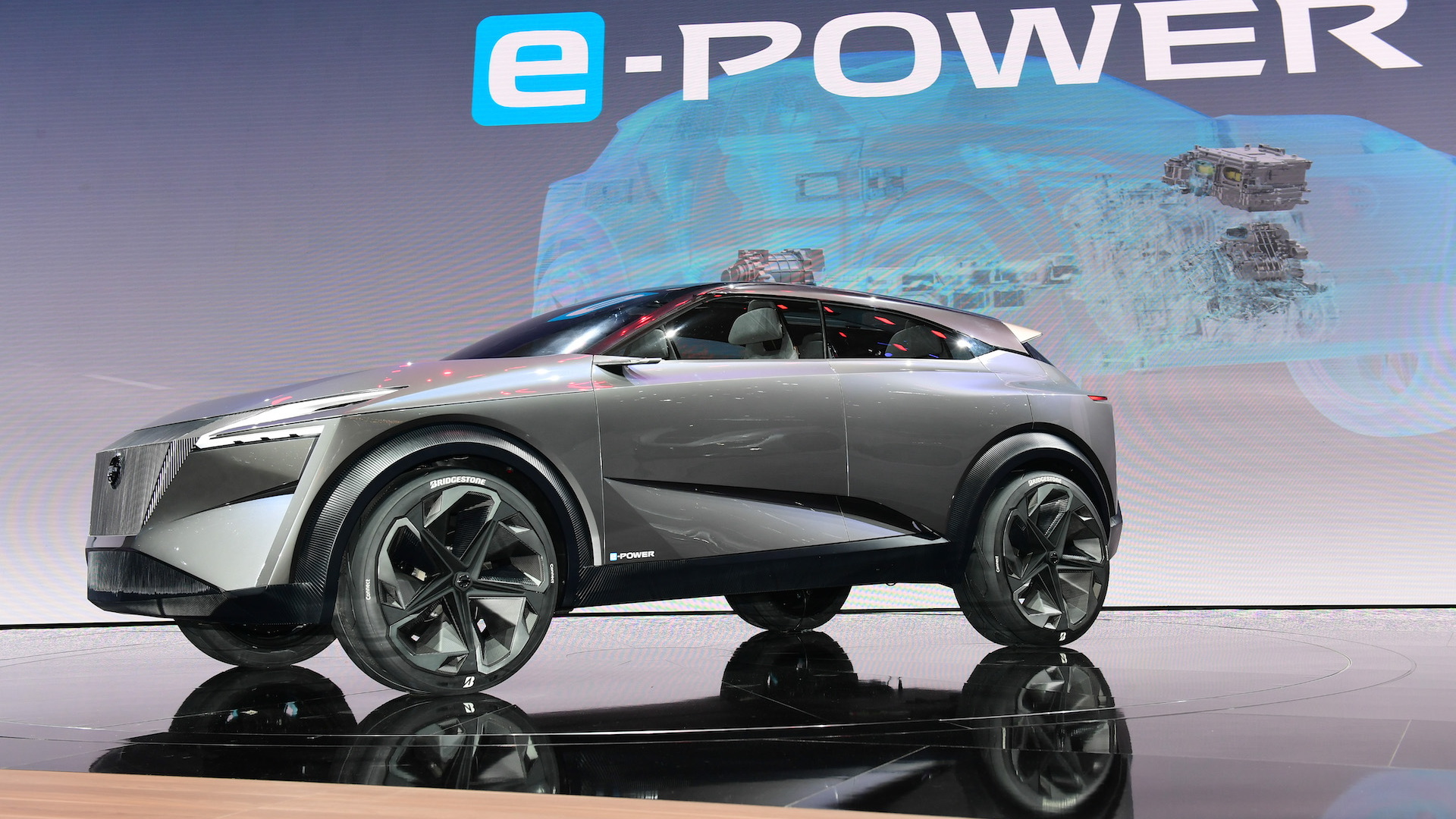 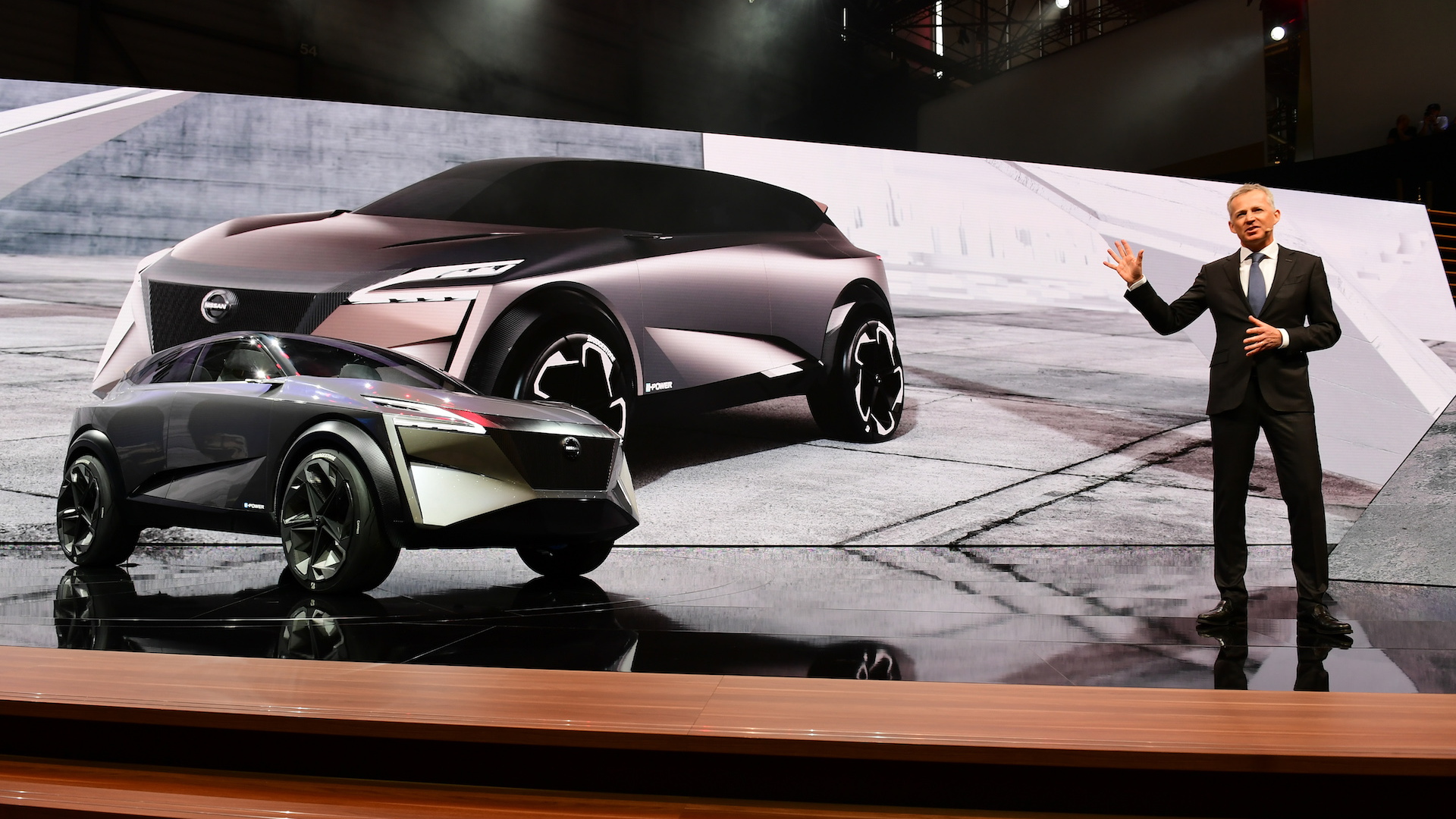 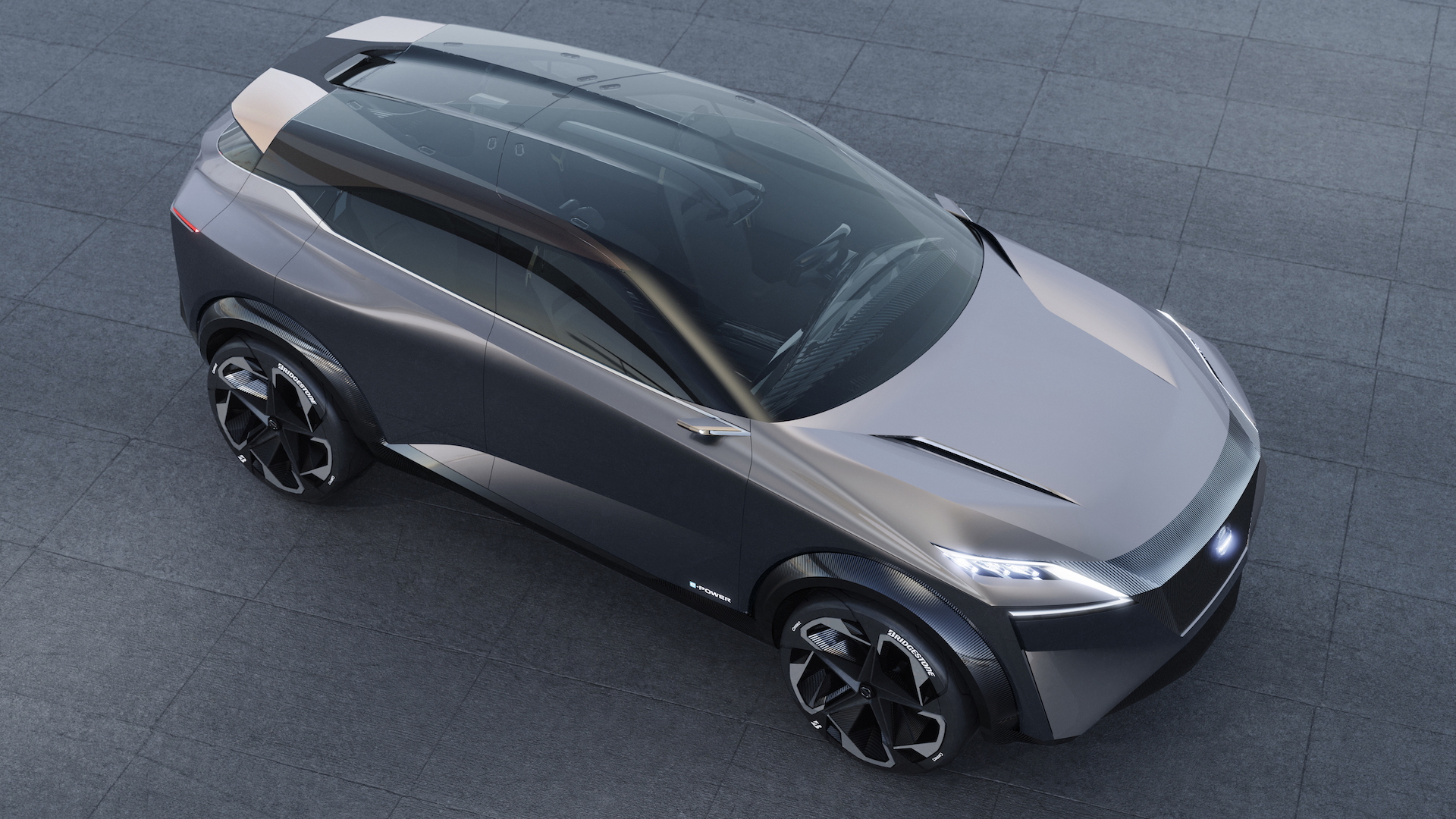 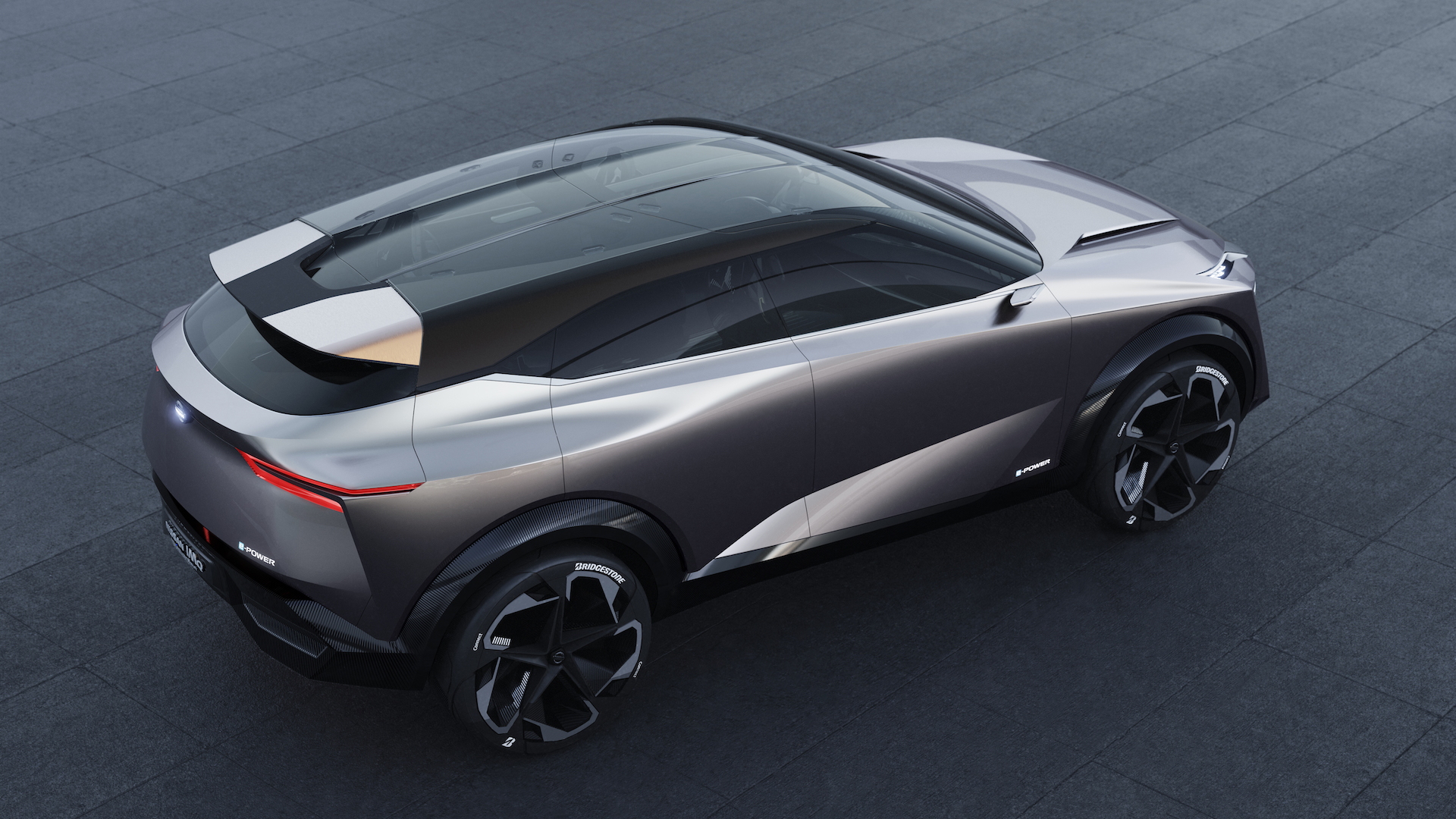 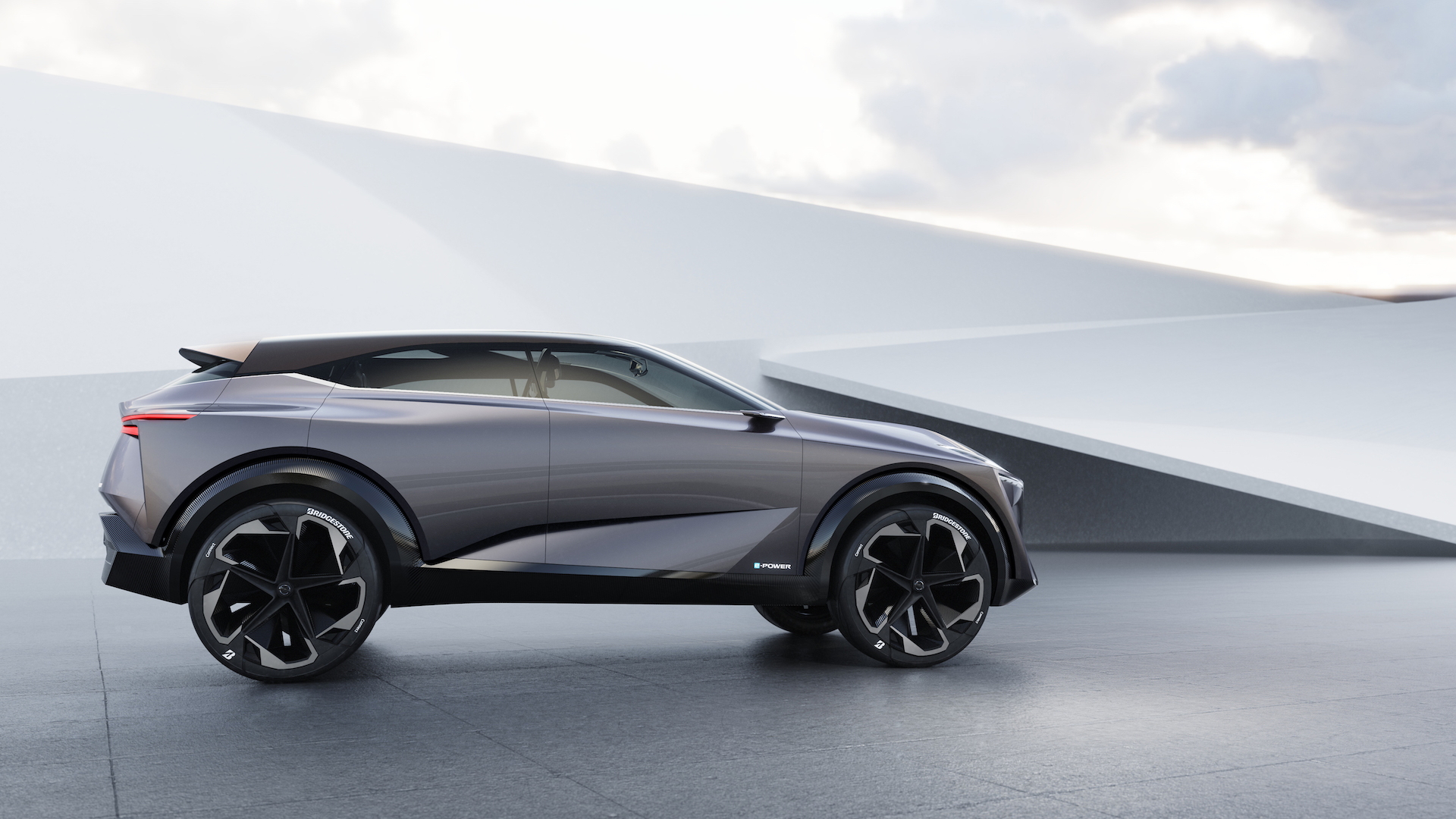 After revealing a planned all-electric SUV last year in Tokyo and an electric sedan in Detroit this year, Nissan's debut at the Geneva auto show was a surprise: Its latest IM concept car, the IMQ small SUV isn't an electric car or even a plug-in hybrid.

Nissan has been promising a small electric SUV for years now, but this isn't the further step toward that, which it has said would be on a dedicated electric platform.

Instead, the IMQ will use what Nissan calls a "further development" of its e-Power series-hybrid system, with four motors to give individual power control to each wheel for maximum grip in slippery situations.

CHECK OUT: Nissan elevates the sedan with IMs electric-car concept

22-inch Bridgestone Connect tires provide precise data on grip both to the driver and to the car's traction control system.

Together, the motors develop 335 horsepower and 516 pound-feet of torque, and a turbocharged 1.5-liter I-4 serves as a generator to power all the motors.

The IMQ will also offer Nissan's next version of Pro-Pilot Assist, which the company says will offer enhanced autonomous driving capability. To support that, Nissan's new Invisible-to-Visible augmented reality system will show up in a 33-inch touch-screen that rises from the dashboard.

The company made a point of noting that its dimensions hit the heart of the small SUV market. Currently, its Rogue is a little bigger than most, and its Rogue Sport (in the U.S.; Qashqai in Europe) slots between small and subcompact SUVs.

With the Rogue due for an update, something like the IMQ, with hybrid or electric power, could slot right in.