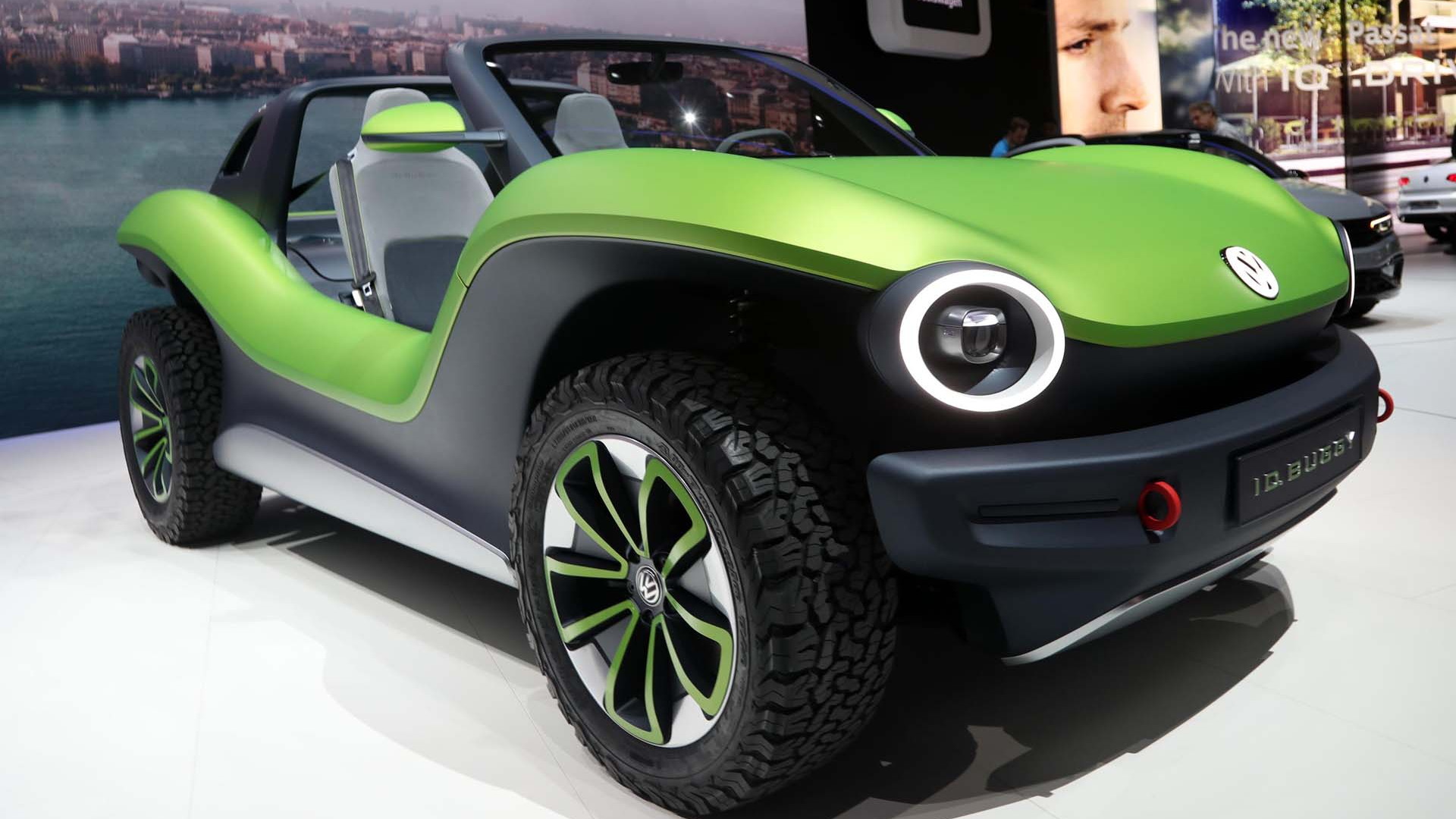 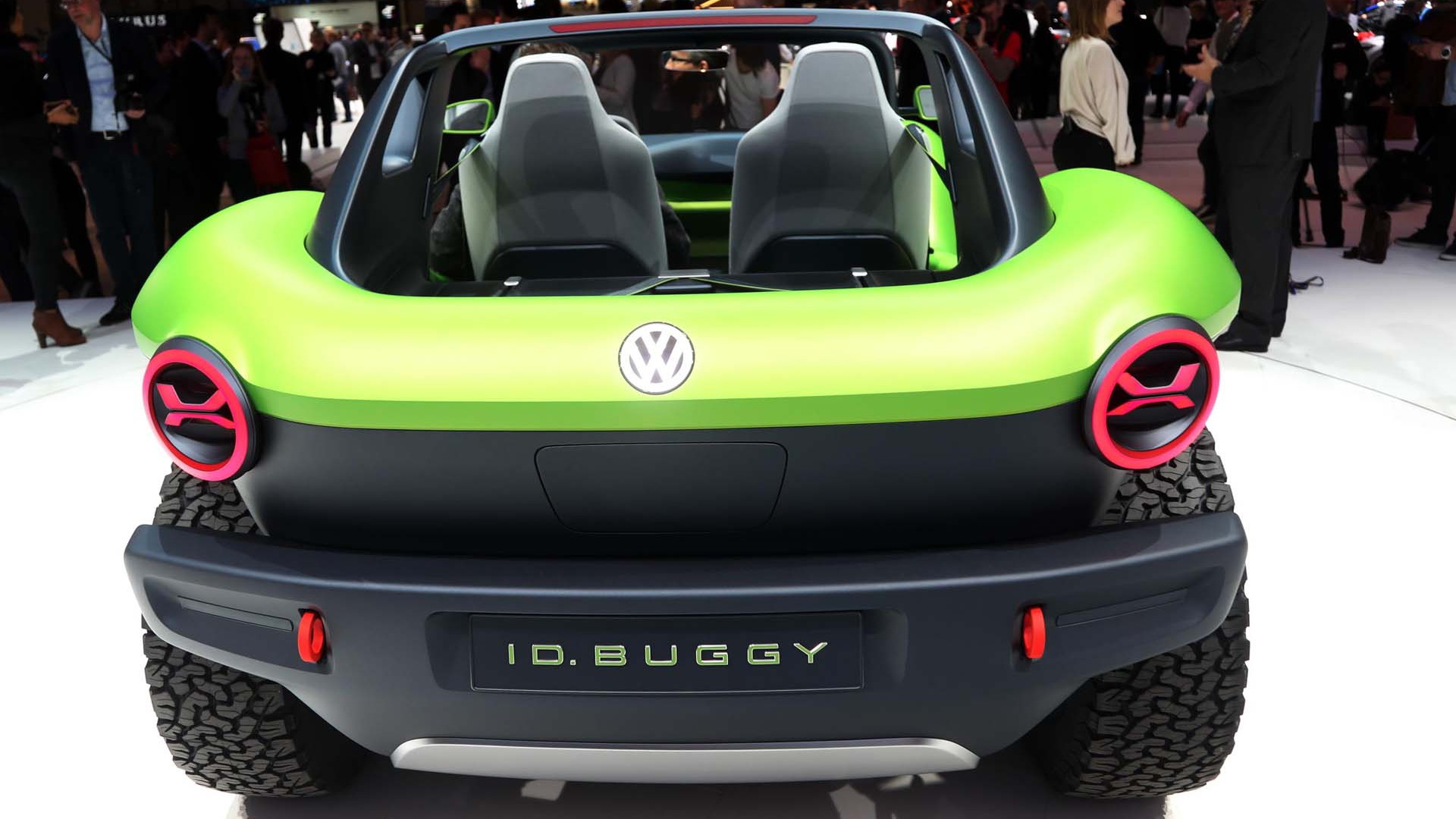 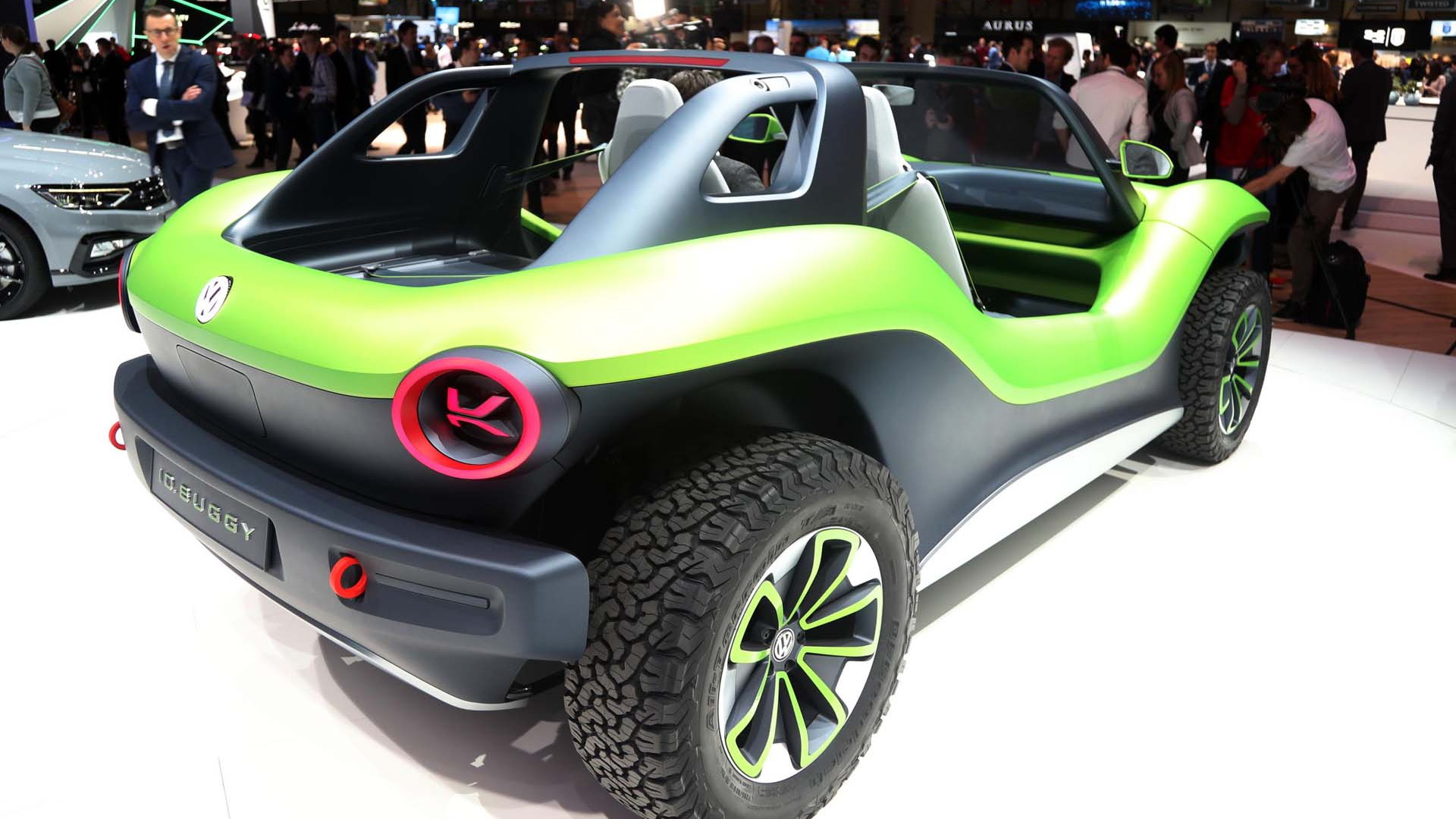 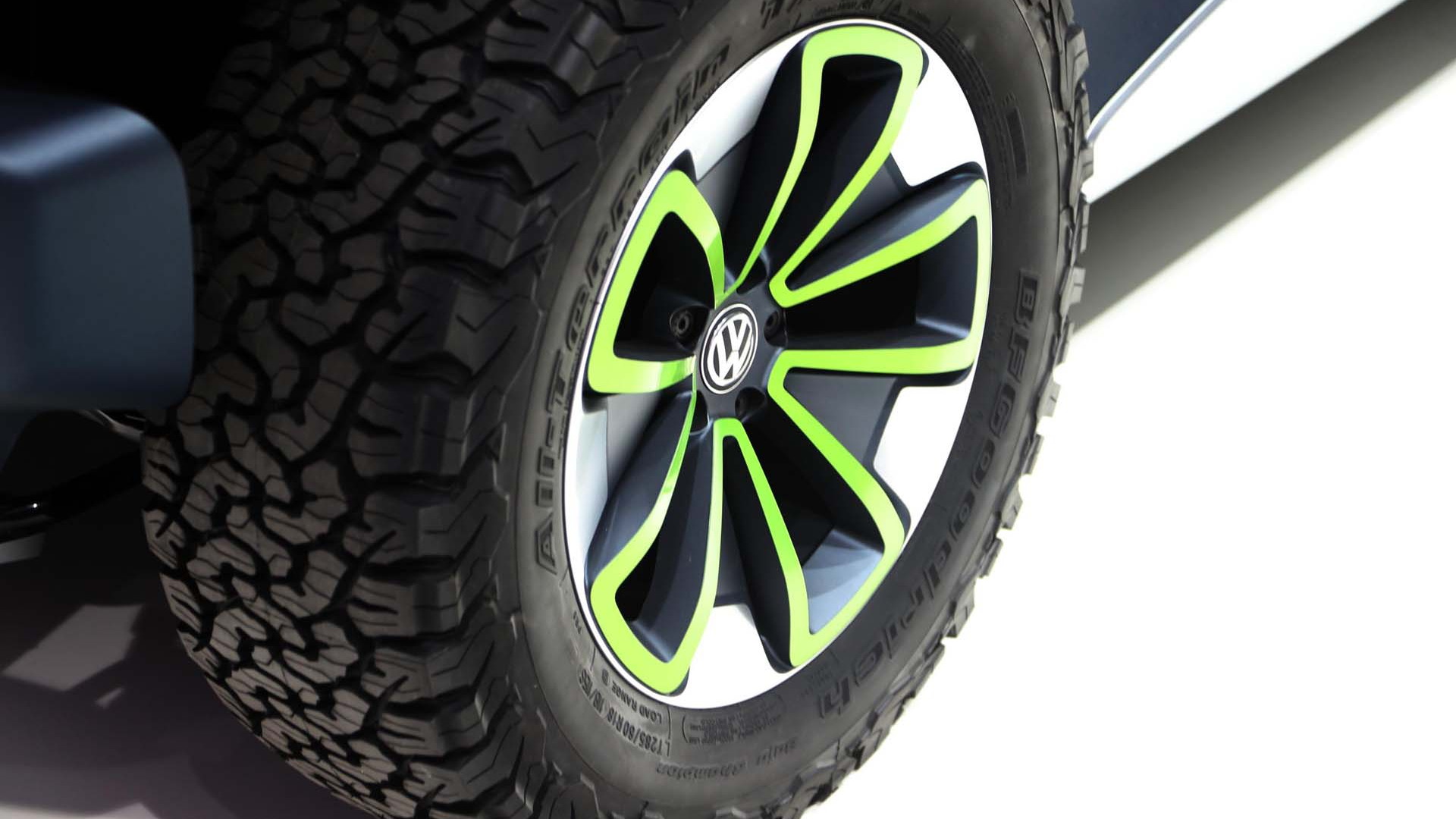 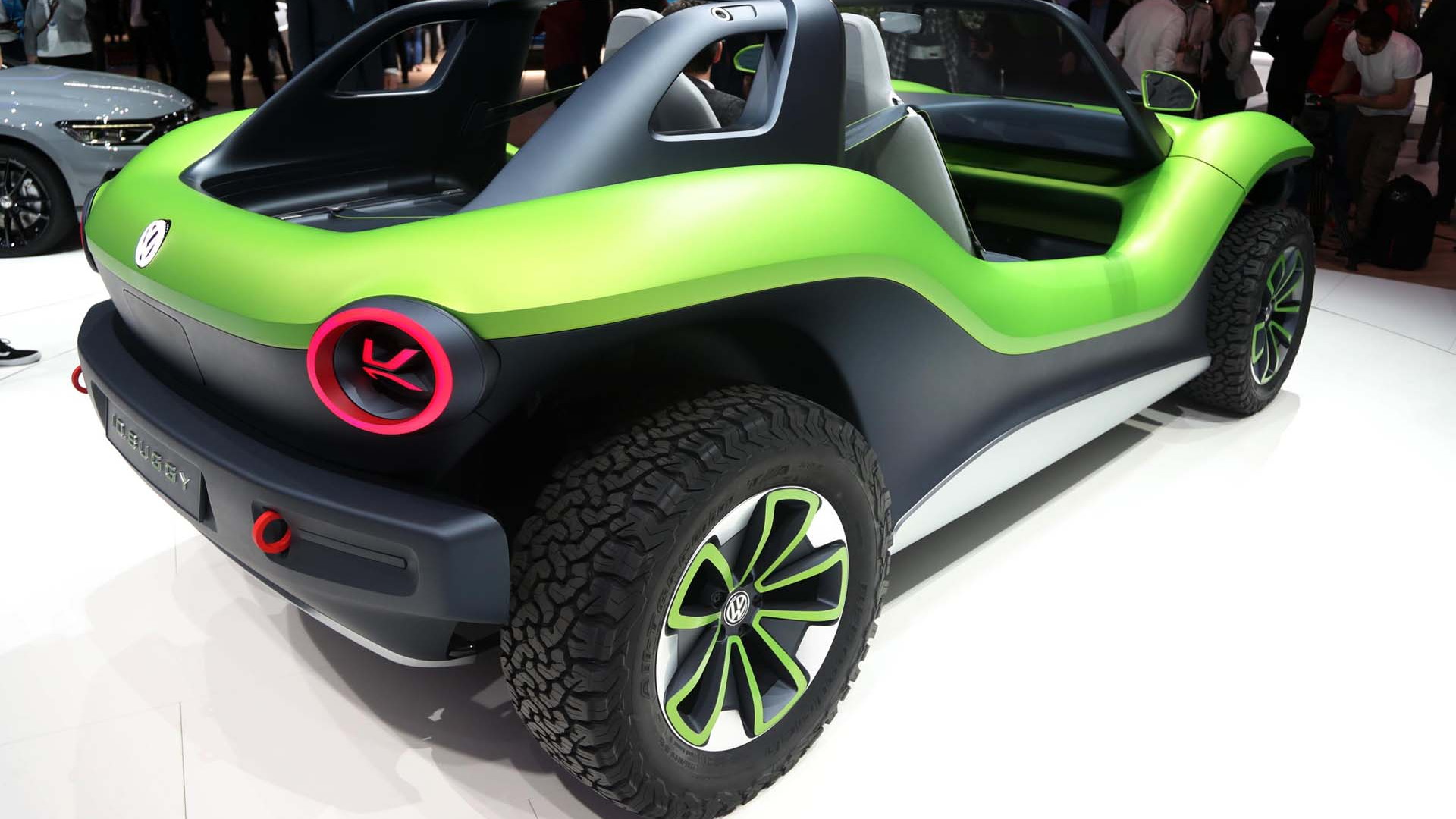 Volkswagen has already served up a suite of concepts for its upcoming electric vehicles built on its modular electric architecture (MEB). While most of those are likely headed to volume production in some form, now it’s brought out a fun one: the VW ID Buggy concept.

In a release on the concept, which bowed at the Geneva Motor Show on Monday, VW points out that the concept has no roof and no doors, “and a body that seems to visually float above the chassis.”

The ID Buggy has the 62-kwh version of the MEB toolkit’s lithium-ion battery, mounted below the passenger floor, with an electric motor at the rear wheels, making 201 horsepower and 228 pound-feet of torque.

VW claims a driving range of 155 miles in the WLTP cycle—which could suggest an EPA-estimated range of about 140 miles. The ID Buggy concept can get to 62 mph in 7.2 seconds and to a top speed of 99 mph.

Compared to the current 2019 Volkswagen Golf and e-Golf, the Buggy is about 8 inches shorter in overall length and about 1 inch shorter in height, but nearly 4 inches wider.

CHECK OUT: Before Volkswagen’s $50 billion push, and the e-Golf, there were these VW electric cars

Inside, the Buggy has waterproof materials and a minimalist theme. The concept has no side doors, and the open-air concept positions the front seats just ahead of a rollbar.

Volkswagen notes that the concept “greets its driver and draws attention to the fact that it is ready for operation”—a hint, perhaps, that VW could be preparing to also purge the power button from future vehicles, as in the Tesla Model 3. 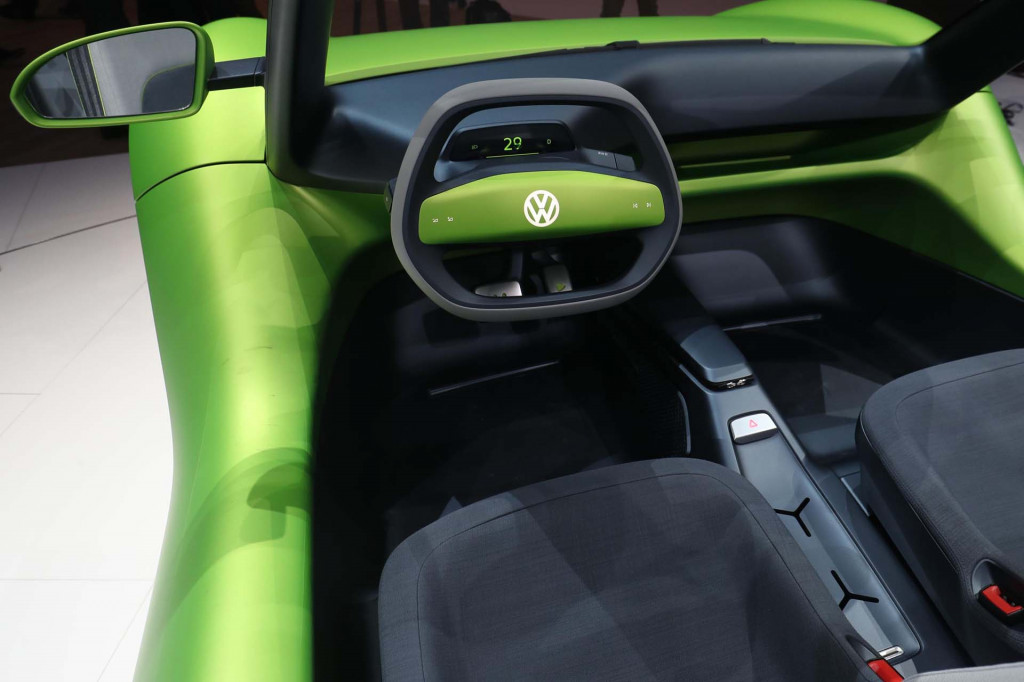 Conversion is the operative word here, and VW teases some of the flexibility. The Buggy is a two-seater but can be converted to a 2+2 layout. VW also notes that a four-wheel-drive version could be produced with the addition of a second motor, for the front wheels.

The concept is positioned to showcase the potential of Volkswagen’s MEB platform, which can potentially underpin almost any body style—or “top hat,” as it’s sometimes called within the industry.

The ID Buggy is fashioned after the Meyers Manx dune buggy of the 1960s, which was then built on the chassis of the original VW Beetle. It was one of many kits and conversions of the era that directly followed

Volkswagen clearly conceived its electrification platform to host many different kinds of vehicles, not all of them mass-market high-volume affairs. Now that it’s flaunting that possibility, which niche automaker or design house will step up for a new generation of cool?