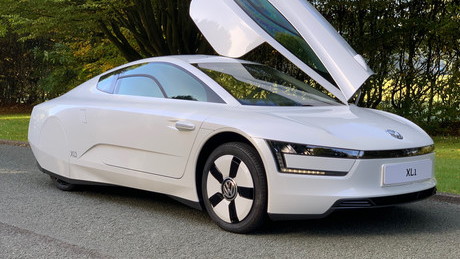 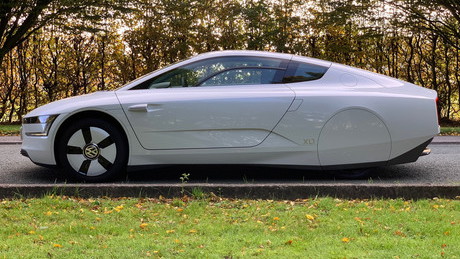 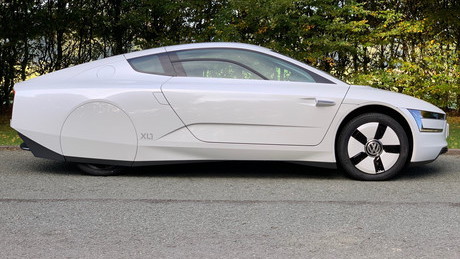 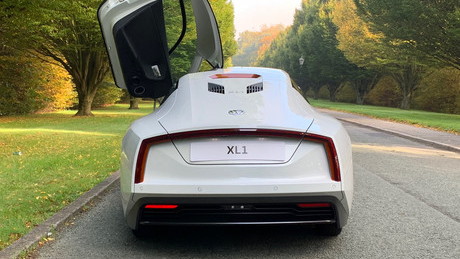 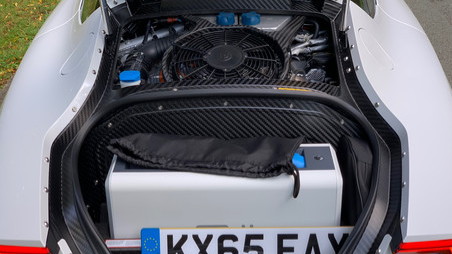 It’s been less than five years since Volkswagen produced its limited run of just 250 XL1 plug-in diesel hybrid coupes, of which only 200 were sold to retail buyers.

The Volkswagen XL1 has all the makings of an instant collectible, with its combination of low production volume, advanced materials, futuristic design, exotic-car gullwing doors, and a clean-slate engineering approach aimed at making what was, in essence, a poster car for its efficiency, not for its acceleration or lap times.

The XL1 wasn’t U.S.-legal and thus wasn’t even offered in the U.S. But if you have the garage space to tuck this one away for another 20 years, the example that goes on the block at an upcoming SIlverstone Auctions sale Nov. 10-11 looks promising. This particular one has just 100 miles since originally delivered and is expected to sell for $122,000-$148,000—not that much more when new, for those with this kind of budget.

To paraphrase what a Volkswagen official pointed out to us at the vehicle’s 2013 launch, it combined electrification and VW’s entire bag of efficiency tools, to show that years from now the cleanest, most efficient cars would still be diesels.

Ironically, it ended up being a sort of historical bookend that signaled the end of Volkswagen’s TDI heyday, with deliveries of the XL1 concluding just before the VW diesel scandal broke.

The mid-engine, rear-wheel-drive Volkswagen XL1, with its carbon-fiber body, supplemented by magnesium and aluminum, rides on magnesium wheels, has a curb weight of just 1,750 pounds, and a drag coefficient of 0.189. Its thin seats are made of carbon fiber, too, and the dash is constructed of natural fiber. You hand-crank the polycarbonite windows, and there is no power steering.

Volkswagen said that the XL1 would go 310 miles on a fill of its 2.6-gallon tank (plus a charge). The 5.5-kwh lithium-ion battery allowed a driving range of up to 31 miles (likely closer to 20 miles by today’s WLTP and EPA standards). And its European efficiency rating, once the charge was depleted, was the equivalent of 138 mpg.

While that number is also likely optimistic relative to EPA mileage, it’s fair to call this a 100-mpg diesel car, no additional charge required.

Getting there took some ingenuity even considering the featherweight, super-aero body. The XL1 was powered by a 0.8-liter diesel 2-cylinder—essentially a 1.6-liter TDI 4-cylinder lopped in half—with a 27-hp electric motor sandwiched between the engine and a 7-speed dual-clutch automatic. It produced just 68 hp and 103 lb-ft of torque, and likely thanks to the wind-cheating profile could reach 99 mph. And that was in what VW called its “boosting mode.”

In 2013, we (yours truly) drove the XL1 and found it quite pleasant for a vehicle that’s designed for maximum fuel economy. Blocking all the futuristic aesthetics out, it was actually quite a bit like a vintage sports car, making you work the perky but not powerful powertrain and the limited grip of the skinny tires to your advantage. We described the XL1’s 2-cylinder TDI, which was definitely not quiet when accelerating, as sounding like a perfectly running Trabant.

A lot of special-interest sports cars and special-purpose eco machines tend to look a bit dated five years out. The XL1 may always be the fresh-faced eco halo that signaled either the end of an era, or one that never arrived.