Although Tesla may still sometimes be finding its way in terms of how to build cars themselves, it retains a distinct advantage over pretty much every other automaker in one respect: superb power management.

Buried in the company’s third-quarter 2018 financial results—hailing a profit—were some numbers worth boasting about more openly: That the Model 3, with its new-generation 2170 cells and reengineered power systems, today has a range efficiency of about 4.1 EPA-rated miles per kwh.

What we're terming range efficiency here is a no-nonsense energy equivalent to gasoline fuel economy—the distance a vehicle can take its passengers per energy unit.

The Model 3 Long Range achieves an EPA range rating of 310 miles, from a 75-kwh battery.

Tesla was initially oddly timid about providing numbers confirming the Long Range battery capacity; but it helps underscore a point: that it’s dramatically improving the range efficiency of its vehicles—what matters much in the viability of electric cars when batteries are expensive, heavy, and tough to package and charging is sometimes fraught.

Credit where credit is due, the Model 3 also represents a mammoth improvement over the Model X’s 3.1 miles per kwh (or the Model S’s only slightly better numbers).

“To put this in context, our current or upcoming AWD (2019) competition is expected to achieve 2.4 to 2.8 miles of EPA range per kwh,” said the company, in what is likely an open jab at the Jaguar I-Pace, which has a 90-kwh battery and has achieved just 234 miles of EPA-rated range.

Tesla claims that the Model 3’s curb weight, in Long Range rear-wheel drive form, is just three percent heavier than its gasoline equivalent—assumed to be the BMW 3-Series. 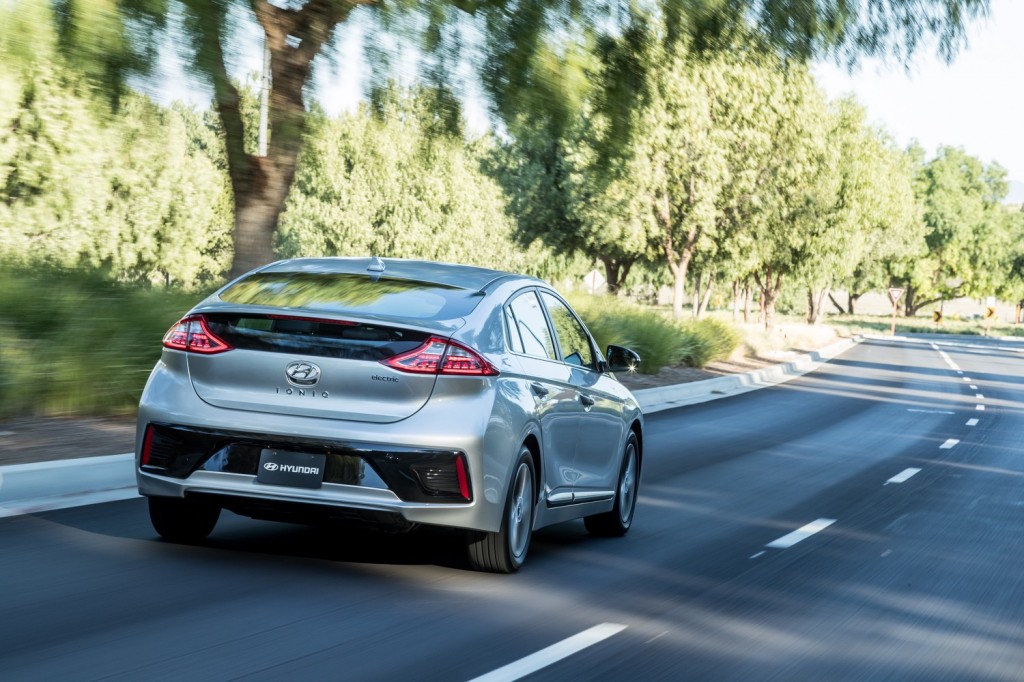 But there’s a dark horse: the Hyundai Ioniq Electric, with its modest 28-kwh battery, achieves an EPA range rating of 124 miles, which equates to 4.4 miles per kwh—better range efficiency than the Model S. The Hyundai remains the only car on the market with better efficiency numbers than the Model 3, as rated in MPGe (based on the energy content in a gallon of gasoline). It can’t, match the Model 3 Long Range’s 5.1-second 0-60 mph acceleration time, though.

Hyundai’s latest electric vehicle, the Kona EV, underscores the challenges as battery packs scale up, however: Efficiencies tend to drop somewhat. Hyundai claims an EPA rating of 258 miles for its upcoming 64-kWh Kona Electric—a bit over 4.0 miles per kwh. That's about as good as it gets; as of yet, no other electric vehicle with a large pack comes close.

For the time being, with expertise in energy storage and power systems at the core of Tesla, and a healthy head start, it will likely remain a moving target for other automakers well into the next generation of vehicles.