Canada’s first retail hydrogen fueling station opened on Friday June 15 in Vancouver, part of a network of eight hydrogen stations expected in British Columbia in the next two years.

By 2020, the program will add hydrogen dispensers at five retail stations in Metro Vancouver and one station in the provincial capital of Victoria. A seventh station will be built on the campus of the University of British Columbia. The eighth has been operating for several years at the Powertech campus of the provincial utility, BC Hydro.

Other Canadian provinces are also preparing to build hydrogen fueling stations for fuel-cell cars, including Quebec and Ontario. The stations are being built with the assistance of different automakers who are providing their own fuel-cell cars to each province. 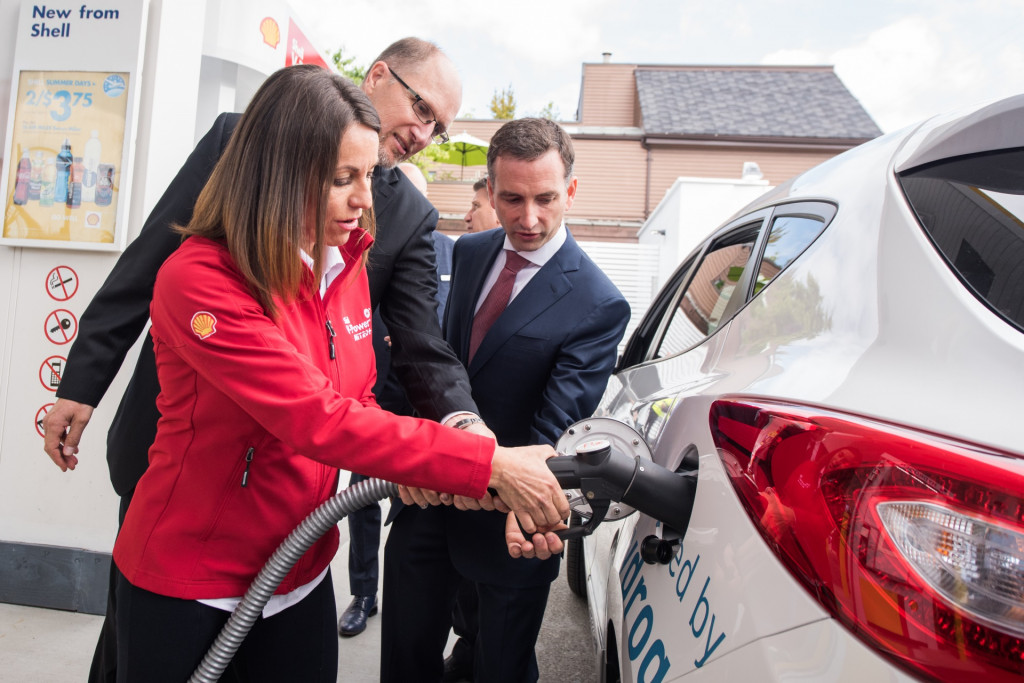 In a kind of inter-province rivalry to compete for the greenest transportation fleet, the three provinces are racing to get more fuel-cell and electric cars on their roads.

The day before the hydrogen station opened in British Columbia, Quebec announced that it would build its first hydrogen fueling station in Quebec City. That station, which will be owned by the largest gas-station group in the province, Harnois Groupe Petrolier, will also include electric car chargers.

Hyundai is the first automaker out of the gate supporting the British Columbia hydrogen stations while Quebec has purchased 50 Toyota Mirai fuel cell vehicles. The Ontario government is believed to be in contact with Honda (and likely the other two automakers) for its own hydrogen station plans. The recent election in Ontario is not expected to change the province’s fuel cell roadmap.

Plug-in electric vehicle advocates’ opinions of hydrogen fuel cell vehicles generally range from lukewarm to frosty, so a review of consumer demographics can be helpful.

While only 20 percent of American families live in homes other than single-family houses -- apartments, condominiums, or townhouses with common garages -- in Canada the number is 40 percent, and it’s 60 percent in the metro Vancouver area. In an earlier study, Plug In BC found that with permits, labor, and materials, it cost an average of  $5,200 ($6,800 Canadian) to install a single Level 2 charger in a multi-unit building.

Fuel cells, with their faster fueling times, make it easier for drivers to go about their business and fill up just as they do in a gas car, without the emissions. In effect, they offer an option for consumers who might not be inclined towards plug-in electric vehicles, for whatever reason. Nicolas Pocard, director of marketing for Ballard Power Systems, a fuel cell manufacturer in British Columbia, noted on social media that he was able to refill his Hyundai Tucson Fuel Cell vehicle in 4 minutes, 36 seconds, adding about 170 miles of range.

CHECK OUT: All the challenges for hydrogen fuel-cell cars laid out

British Columbia and Quebec both have abundant supplies of renewable hydroelectricity, which can be used to produce hydrogen, to minimize the “long tailpipe” of upstream emissions.

While many electric car advocates note that it’s far more efficient to transfer electricity directly to a battery than to use it to produce hydrogen for fuel cells, it takes considerably more energy (and emissions) to create the large batteries necessary for long-range electric vehicles, than to manufacture fuel cell systems. As a result, academic research into the two technologies finds that on a clean, zero-emission electric grid, the lifecycle greenhouse gas emissions of fuel cell vehicles are roughly equal to those of long range plug-in electric cars.

Disclosure: Matthew Klippenstein worked in the fuel-cell sector for 15 years, including for Ballard Power Systems, and provided technical writing assistance for the hydrogen station. He has also provided technical writing assistance for Level 2 charging infrastructure proposals, among other projects. He works for the non-profit Fraser Basin Council’s Plug In BC program, helping oversee British Columbia’s multi-unit residential building charging station rebate program. He does not hold stock in any companies listed in the article above. All opinions expressed are his own, and may not reflect those of any other organization.