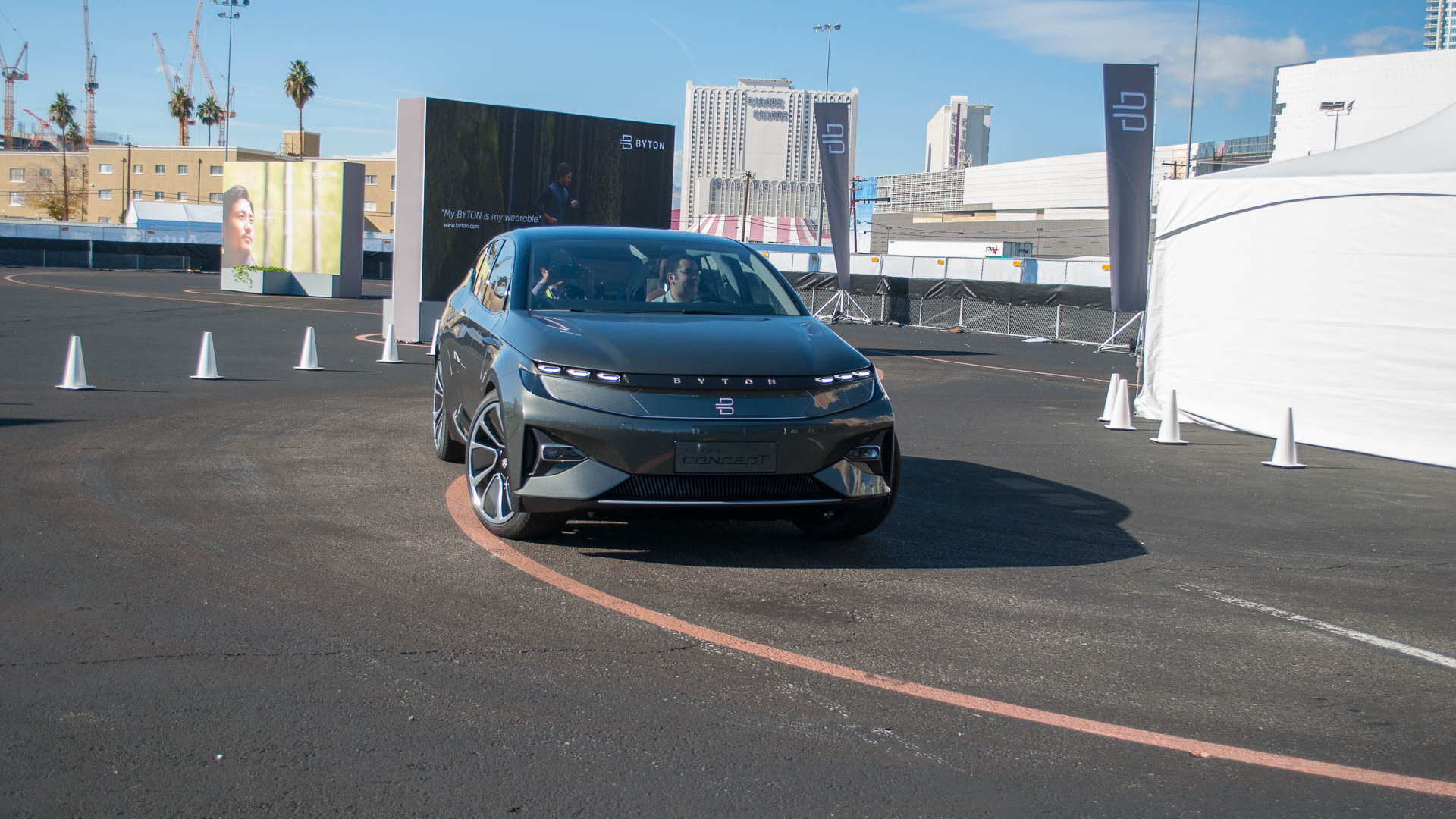 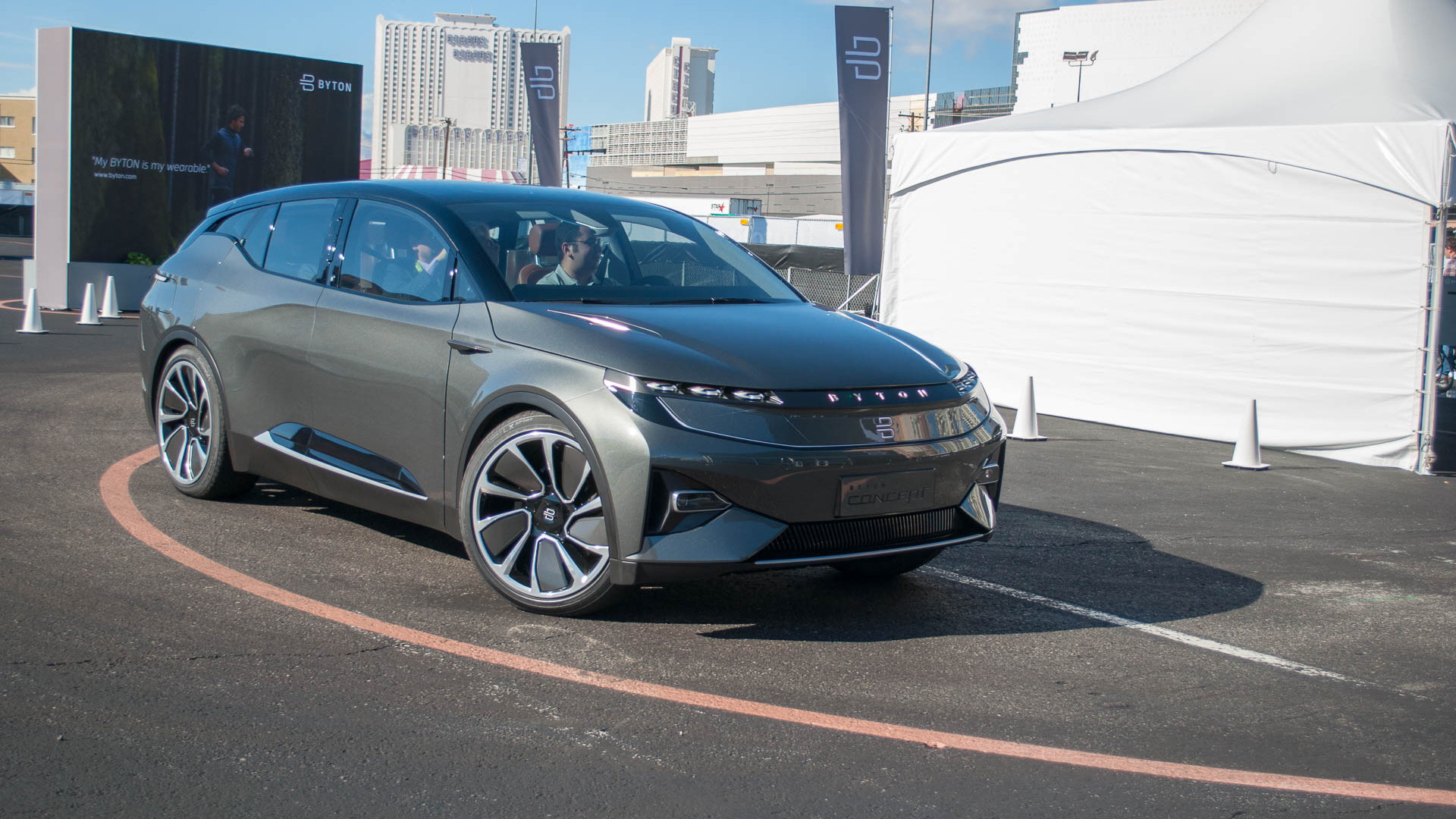 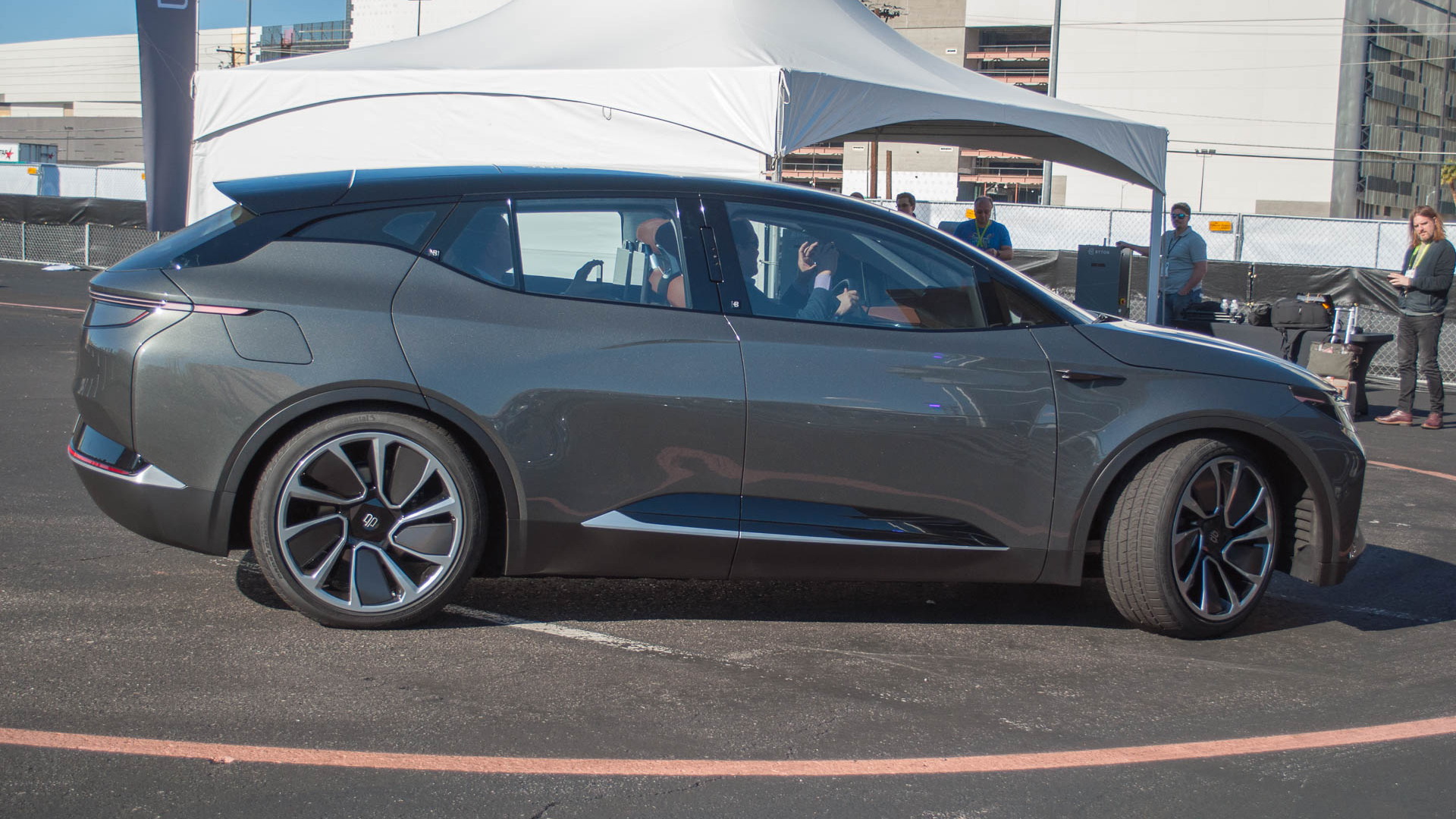 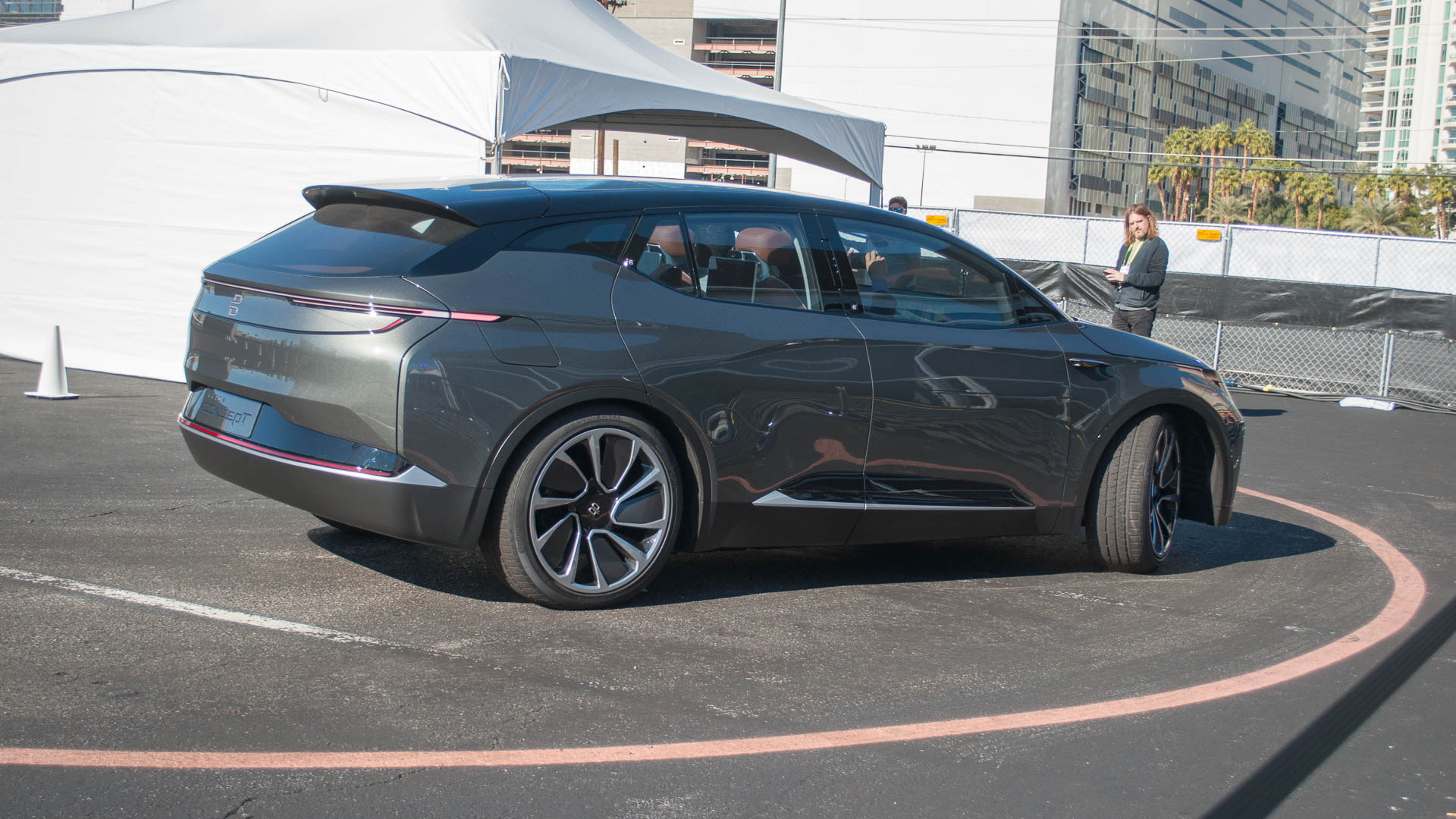 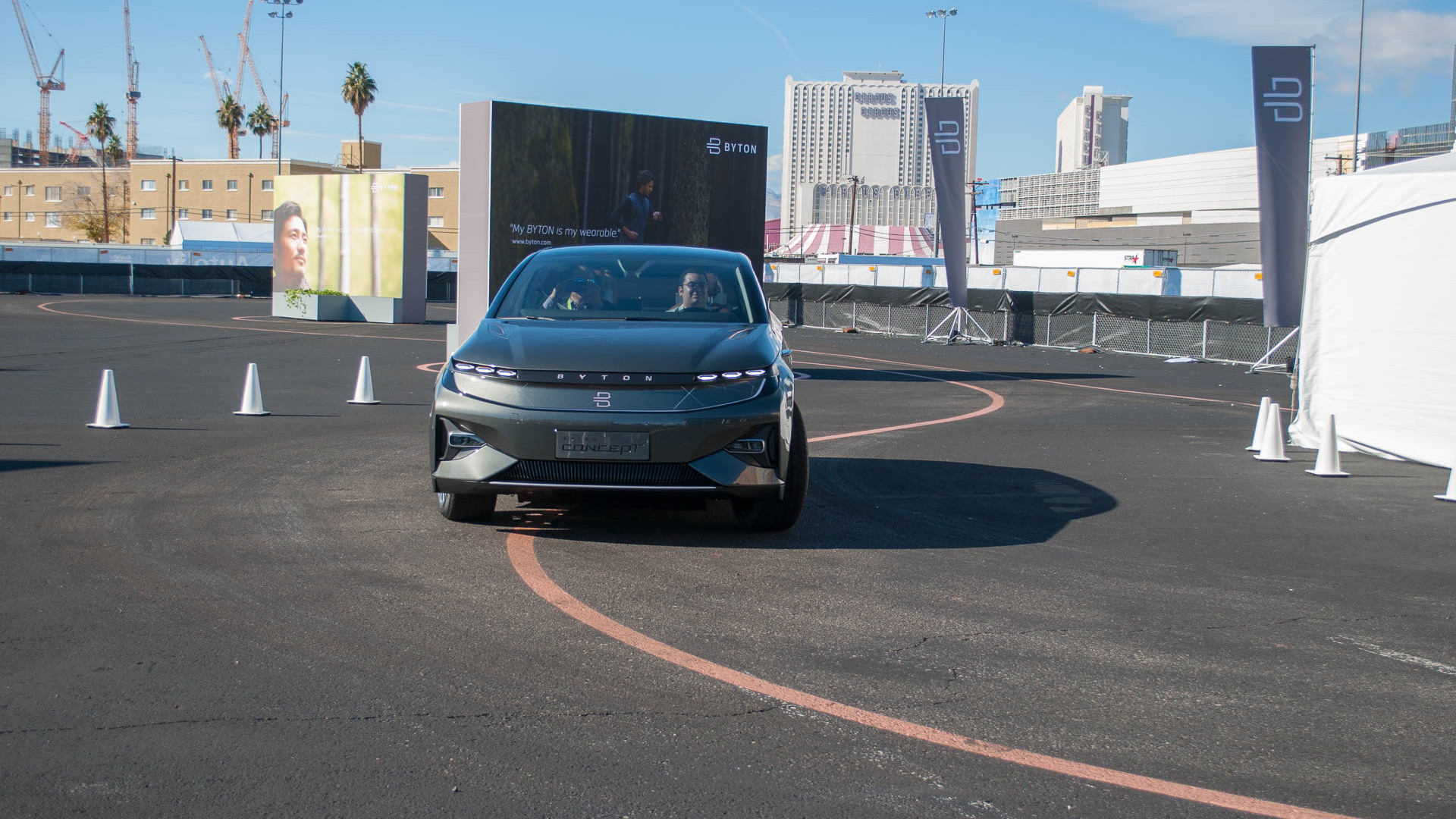 It's rare that automakers let journalists or potential buyers drive or even ride in development prototypes.

It's not unknown: Chevrolet did it with development versions of both its 2011 Volt range-extended electric car and the more recent 2017 Bolt EV battery-electric model.

But it's a good way for a relatively unknown startup company to attract attention and prove that it has more than a static concept car and nice renderings.

At the Consumer Electronics Show, held earlier this month in Las Vegas, our colleague Joel Feder got a ride in a very-much-in-development prototype of the Chinese-made Byton electric utility vehicle.

Previously, the company had suggested that its electric powertrain was relatively less innovative than both its connectivity technology and the user interface it plans to build into every vehicle.

Up front, both the driver and passenger face a solid 49-inch-wide crisp, high-resolution display screen running almost door to door, controlled solely by gestures with not a knob, switch, slider, or controller in sight. 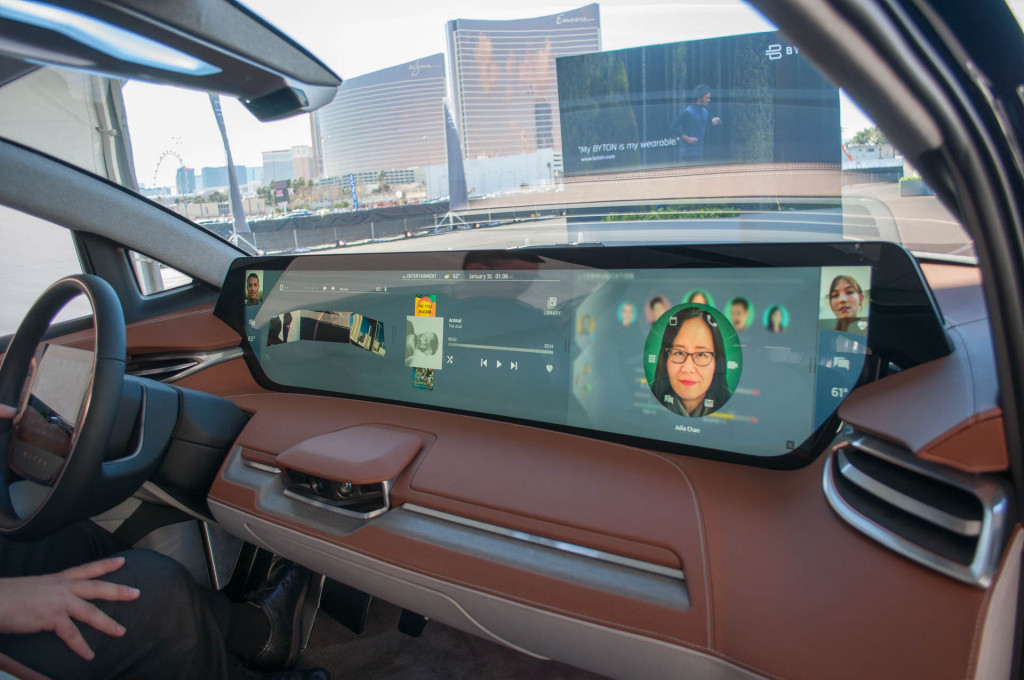 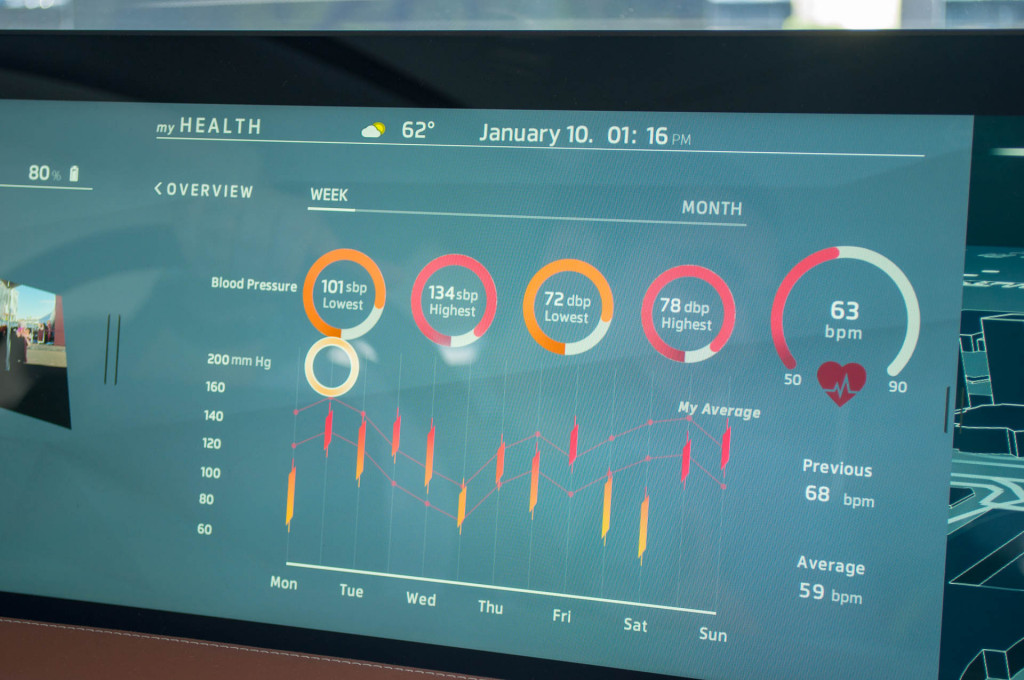 The closest approximation would be certain models of Mercedes-Benz fitted with an optional pair of 12-inch wide displays—a fixture that will be quickly rolled out across all new and updated models in the luxury maker's lineup.

There's also a touchscreen in the center of the steering wheel; it stays stationary as the driver turns the rim of the wheel, and has a thin trim piece below it from which the driver's airbag can emerge if necessary in a crash.

The 90-second video at the top of this article shows Feder's experience riding along while a Byton staffer does laps of a parking-lot course at CES.

READ THIS: Byton concept first ride: the future is a trendy family room on wheels

Feder offers more impressions of his ride in the Byton prototype in the article linked directly above.

His general conclusion is that the Byton he rode in was clearly a development vehicle—complete with a nut or bolt apparently rolling around inside the battery pack or belly pan below the passenger cabin.

Like the Volkswagen ID Buzz prototype for an all-electric Microbus we drove last summer, the Byton's doors had to be carefully opened and closed and the hand-built vehicle creaked.

Still, the electronic features worked and Feder was able to see how they could be put into practice once the car hits production.

Numerous aspects of the car are gathered under the "Byton Life" moniker, including features like facial recognition of an authorized driver approaching the car.

According to Byton, the car will not only know the name of its driver and perhaps the occupants, but will read blood pressure, check the driver's calendar and schedule, and continue video streams from smartphones on a portion of its display screen.

Feder noted that all climate-control settings, the powered swiveling front seats, and most other vehicle functions—including drive selection—were controlled from the steering wheel-mounted touchscreen.

(Presumably the front passenger had some duplicate function, controlled by hand gestures, within the 49-inch screen to adjust the climate control as well, especially if Byton fits dual-zone capabilities.)

Two batteries, of 71 and 95 kilowatt-hour capacities, will be offered for ranges of roughly 200 and 310 miles, Byton said. The electric SUV is to go into production in China next year at a starting price of roughly $45,000. 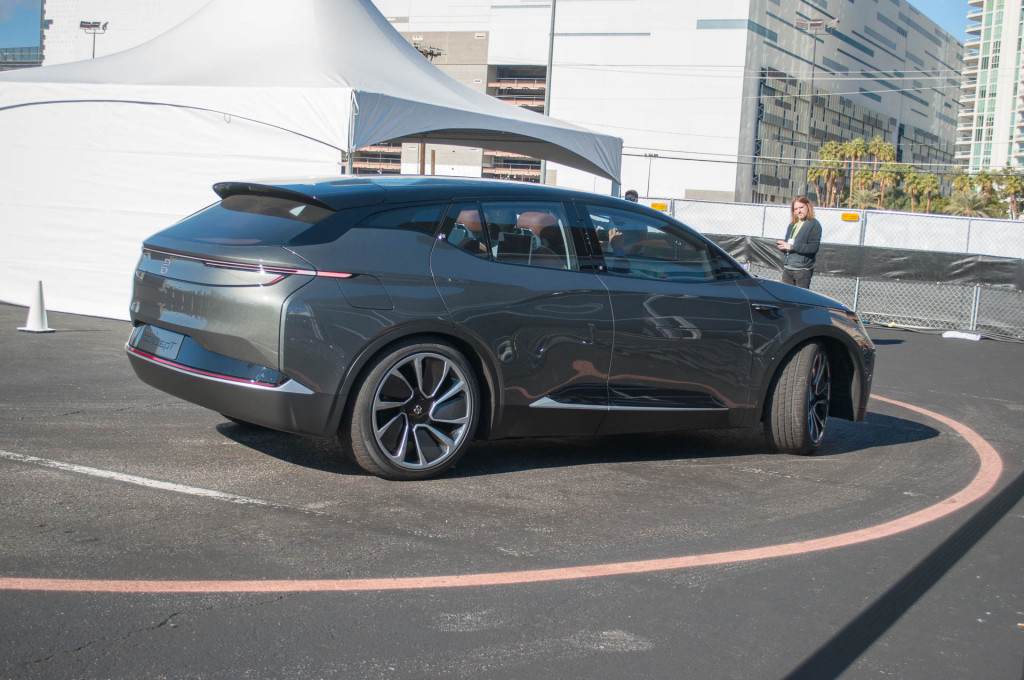 The company was less informative on issues like charging time, crash safety, and its claims that both hardware and software are future-proofed and can be upgraded later.

You can read all our coverage of the automotive news and debuts from Las Vegas on our Consumer Electronics Show news page.