Audi may have taken an evolutionary approach to the design of the newest, largest luxury sedan, but it is positioning the car as a technical force to be reckoned with.

The 2019 Audi A8 ushers in a new era for the German luxury brand—starting now, every single model will soon feature a mild-hybrid system.

That hardware begins with the range-topping A8, which utilizes a belt-driven alternator-starter at the core of the 48-volt hybrid unit.

The system allows the A8 to coast with the engine turned off, saving fuel. Audi says the system restarts "smoothly," unlike some stop-start system currently employed.

Thanks to the mild hybrid, the 2018 A8 can also recover some energy during braking, while the motor adds 12 kilowatts (16 horsepower) on top of the engine's output, with the final power figure a combination of both propulsion sources.

As for its green credentials, Audi estimates the mild-hybrid system will reduce fuel consumption by 0.2 gallons for every 62 miles driven. 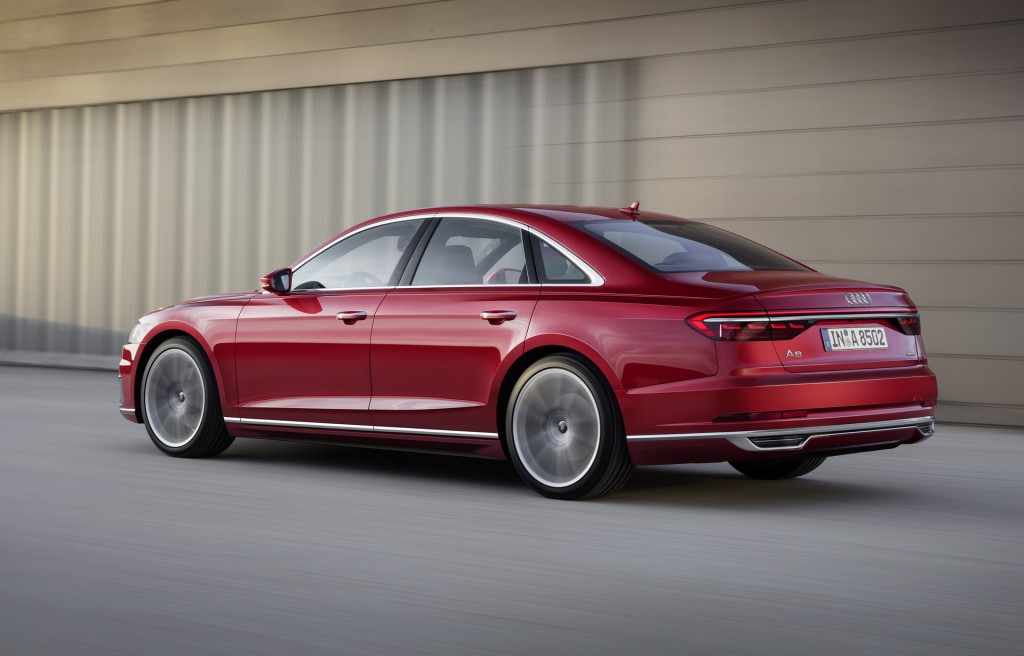 Those seeking greater efficiency or an A8 that plugs in will have to wait for the A8 L e-tron Quattro, which will arrive at a later date, according to the German brand.

The e-tron Quattro will use a more powerful plug-in drive system paired to a 3.0-liter turbocharged V-6 engine, a new generation of its current system used in various models not sold in the U.S.

That V-6 engine produces 340 hp on its own, but the more powerful electric motor increases total output to 449 hp.

In addition to increased power, the battery pack has enough capacity to provide roughly 31 miles of pure electric range on the NEDC test cycle. (EPA ratings would likely be about 30 percent lower.)

Audi will also offer a wireless inductive charging system for owners who don't want to have to plug in at home; it's a pad that lays on the garage floor and transfers the power inductively to a receiver coil on the underside of the large sedan.

However, a fully-electric version is not currently planned, according to Autocar—though a succeeding generation of A8 models might include all-electric options, perhaps in the mid-2020s. 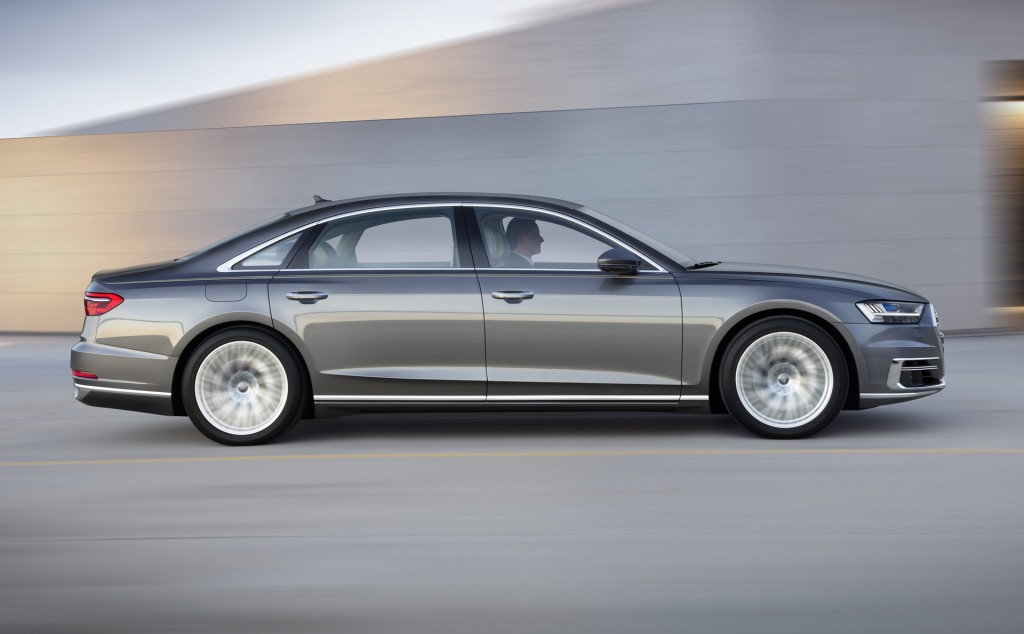 It's clear Audi and Mercedes-Benz have taken a route in which electric cars will be quite separate from their internal combustion engine brethren.

Confusingly, those too will be dubbed "e-tron," which the company says is similar to its practice with Quattro all-wheel drive system 35 years ago.

BMW has chosen an opposite approach and is now placing less emphasis on its separate "i" sub-brand, previously the home for its dedicated plug-in models.

It plans to introduce all-electric 3-Series sedans and X3 crossover utilities as part of those vehicles' lineups, but under the same model name.

For Audi, and parent automaker Volkswagen, it's clear: the future is decidedly electric.

Oh, and don't expect a diesel A8 for the U.S. market soon, probably ever.