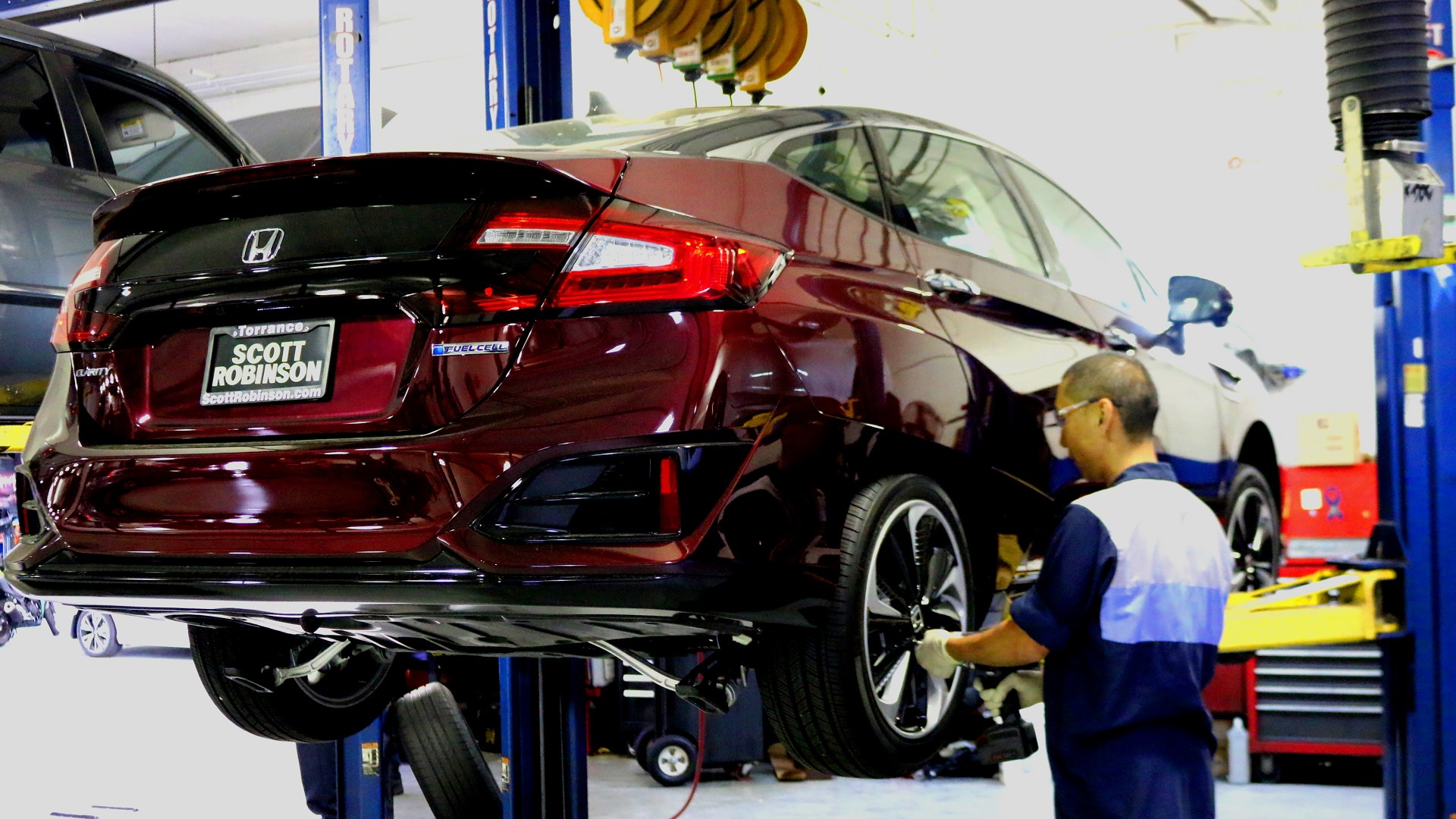 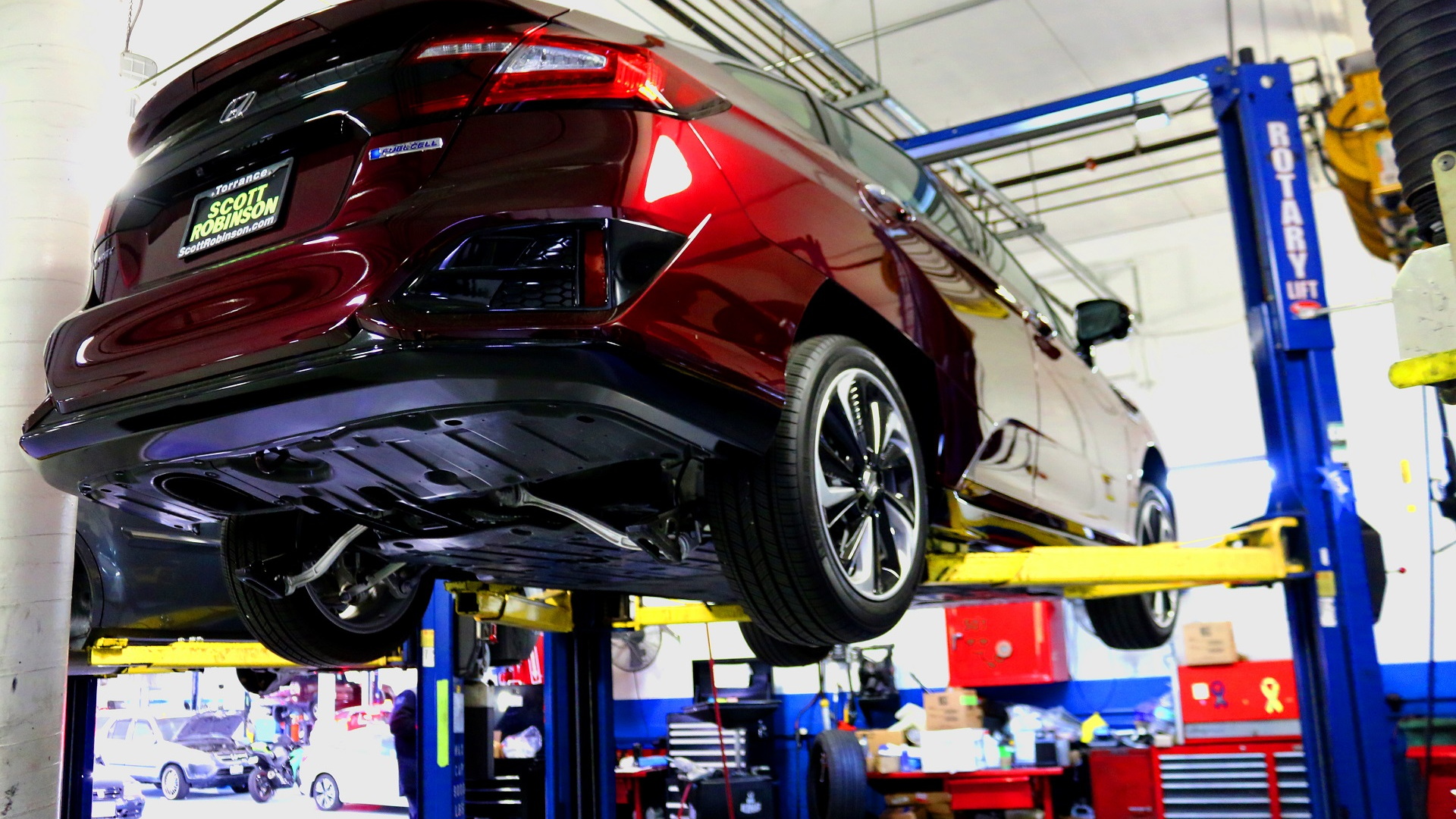 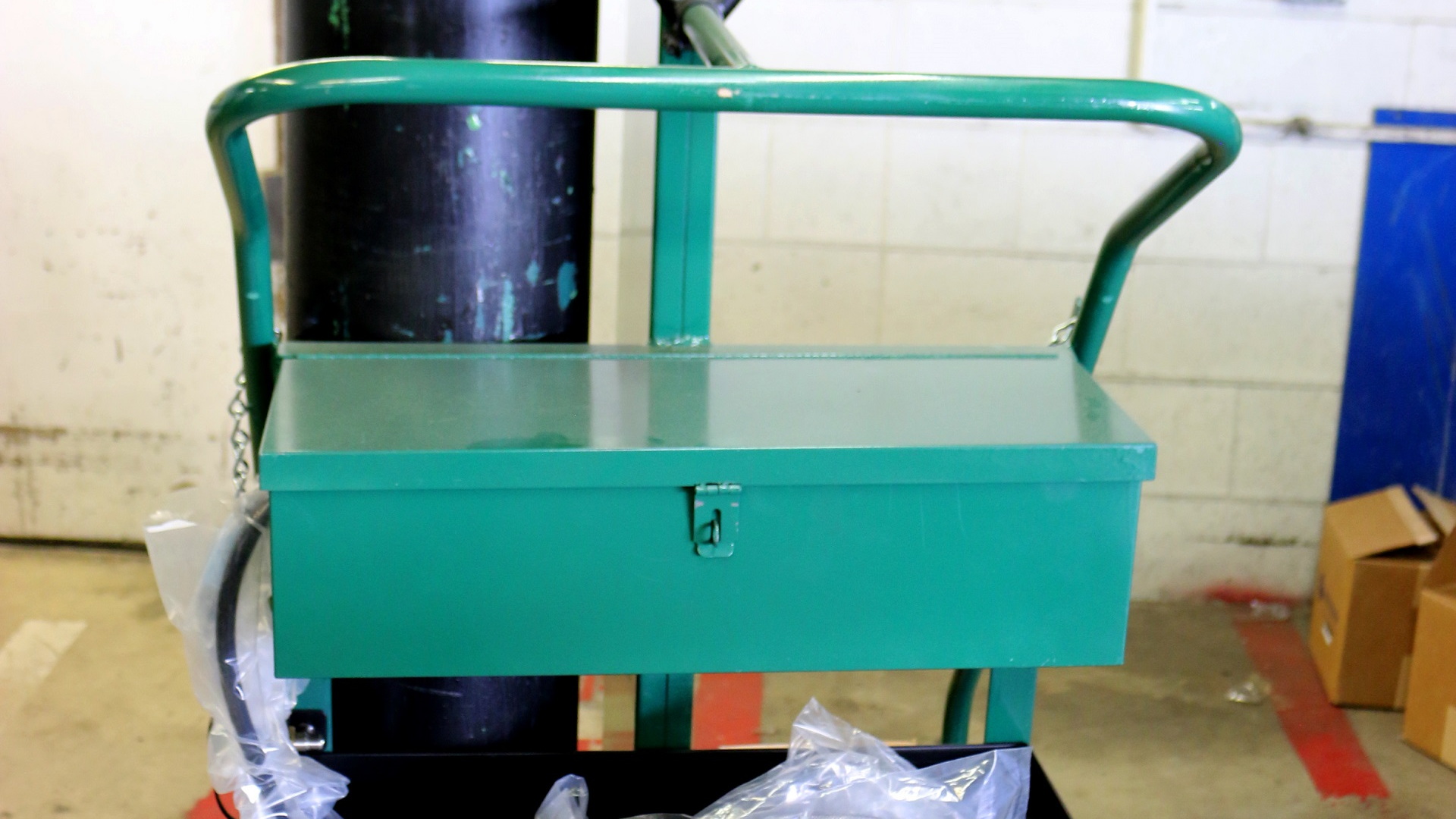 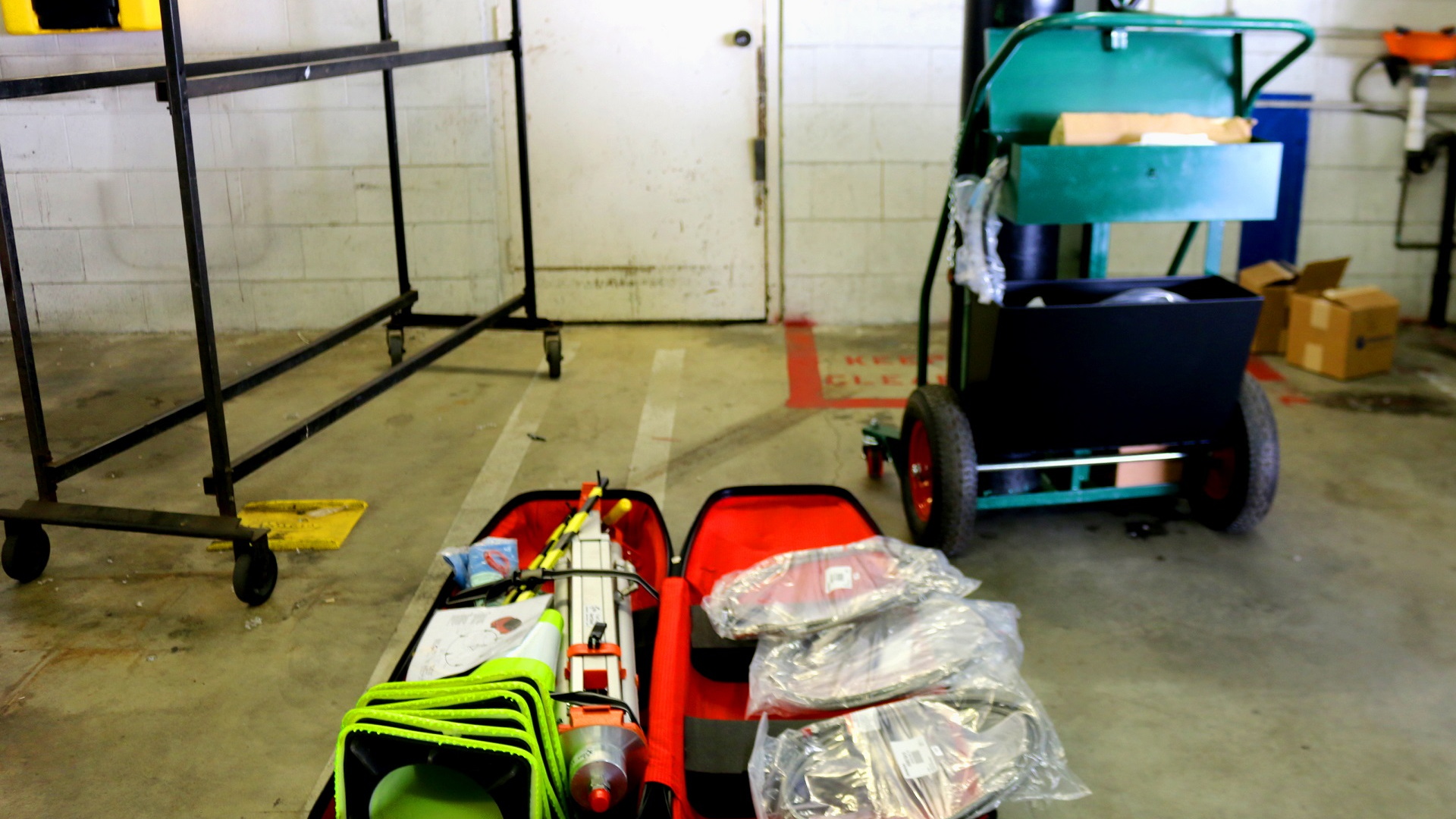 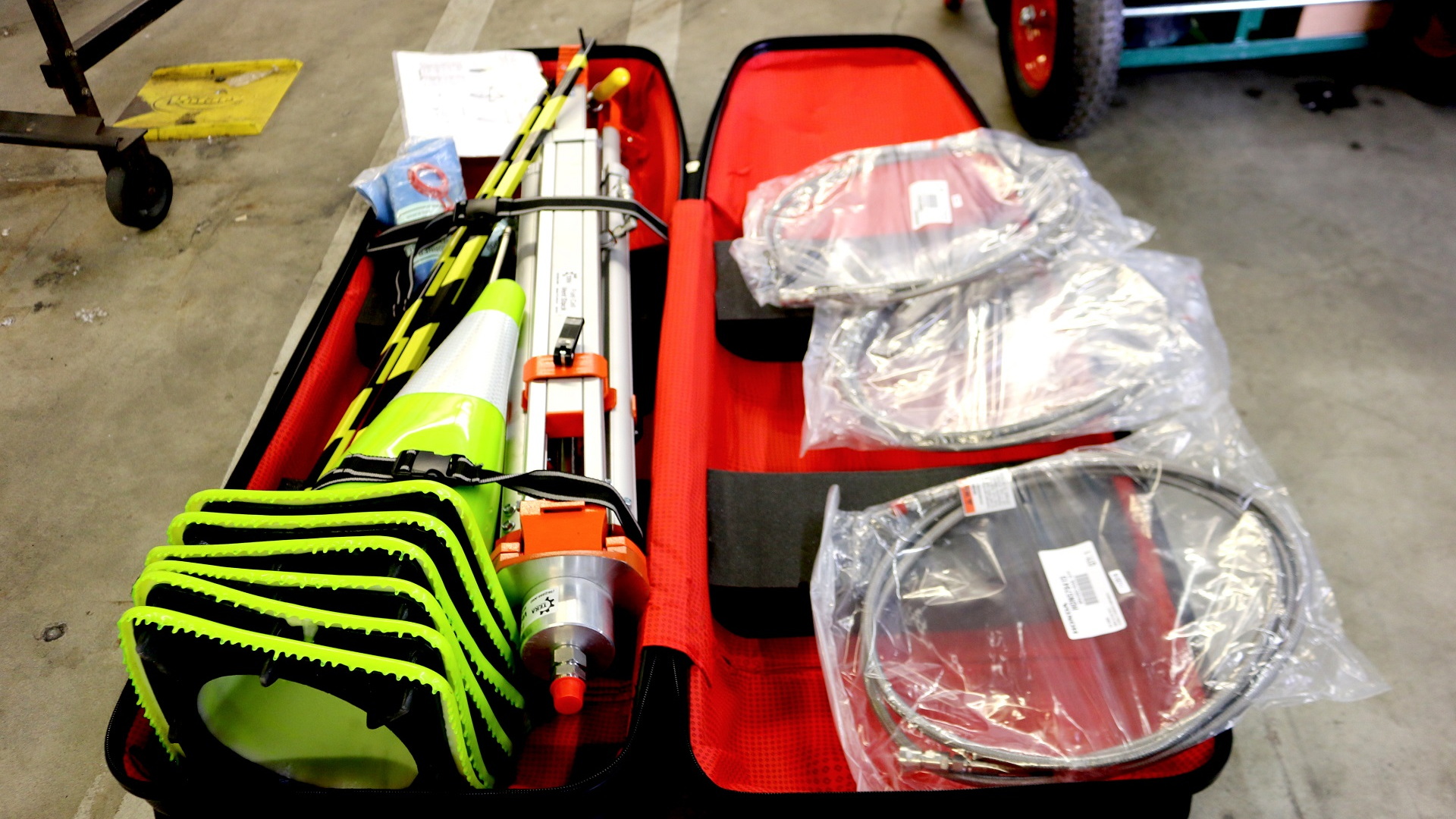 Over the past century, gasoline-powered vehicles have gotten simultaneously more complex and more reliable.

Service intervals have lengthened, drivers no longer check a car's fluids daily or weekly, and many new-car owners will never once open the hood.

Reliability data shows that some of them won't visit a dealer service department except for regularly scheduled services over their first three to five years of ownership.

DON'T MISS: Assessing the Honda Clarity range: how electric cars fit in, and why

Hybrids added some new complexity—high-voltage battery packs and electronics—to dealer servicing when they started to arrive in 2000.

With more than 1,000 cars powered by hydrogen fuel cells on California roads, how do they change what a dealer's service department has to do? How do they get serviced?

That's a question we've tried to explore for two years. Over time, we turned to Honda, whose Clarity Fuel Cell went on sale in California last December.

What follows is taken from a long and very informative interview with Doug Reed, a training center coordinator who teaches dealer service personnel what they have to do to prepare for the hydrogen-powered Clarity.

The primary factor affecting how a dealership services a Clarity, he said, is a set of safety rules issued by the state of California.

Those regulations were drafted in consultation with various makers that now lease hydrogen vehicles in California or have done in the past.

If the sealed high-pressure hydrogen storage system and fuel-cell stack aren't involved, a hydrogen vehicle has most of the same service needs as any other car driven by an electric motor.

Service personnel use standard procedures for repair or replacement of components like electric accessories or suspension parts, for instance.

But if service work has to touch either the hydrogen storage tanks or the fuel-cell stack itself, or the plumbing that connects those elements, the rules change in a very major way.

Conventionally, working with hydrogen requires a "hardened shop," in which work areas are fitted with hydrogen detectors, curtains around the area, and lighting fixtures that are explosion-proof.

Under the hydrogen-vehicle regulations, Honda can service its Clarity in a "non-hardened shop" if it follows the specific procedures below to ensure the car is in a "minimum-fueled state," meaning the bulk of the hydrogen has been removed from its tanks, stack, and plumbing.

CHECK OUT: Energy use for hydrogen fuel-cell vehicles: higher than electrics, even hybrids (analysis)

The regulations require that less than 0.5 kilogram of hydrogen, at approximately 580 pounds per square inch, remain in the Clarity's two tanks combined during service. Their total capacity is 5.5 kg at 10,000 psi when full.

To drain the tanks of their hydrogen if a car comes into the dealer with more than that amount of fuel requires a very specific process that takes place outside the service bays.

It's usually done in a designated area of the parking apron that's only accessible to service personnel, Reed said. It will be away from tall buildings, with minimum height and distance requirements that are specified by the state.

In that marked-off 23-foot by 35-foot work area, the car is joined by a large rolling cart full of tools specific to hydrogen vehicles, a battery charger, and a set of components that are assembled into an 11-foot-high vent stack to be connected to the car.

The cart contains two 300-cubic-foot cylinders, one each of pressurized helium and nitrogen, and a portable hydrogen leak detector, along with grounding wires, high-pressure steel hoses, and such tools as a hex driver for the tank valves.

Mechanics position the car within the designated area, put it up on jack stands, electronically switch off the hydrogen supply to the fuel cell using the scan tool, and direct the fuel cell to power itself down, which takes 2 or 3 minutes.

It can take "a delicate hand" to switch off the hydrogen supply valves under the car, Reed said, which takes place during the tightly choreographed timing sequence of steps.

Once those steps have been completed, most of the danger of the fuel-cell stack producing electricity has been alleviated.

The next step is to neutralize the stack, first by filling it with helium at approximately 220 psi and pushing that through the stack and out the exhaust pipe.

After again relieving line pressure, the hydrogen fuel-supply line from the tanks in the rear to the stack under the hood is then disconnected, and up to three braided venting hoses are run out of the car to the venting stack, which is grounded via a steel rod.

The next step is to install a “defueling joint" on the disconnected fuel line. With the defueling joint properly installed, both fuel tank valves can be opened. At this point, the scan tool is used to electronically open the fuel tank solenoids so hydrogen can vent through the tall stack

That process can take from 30 minutes to 3 hours, Reed said, while service personnel monitor the scan tool connected to the car's control electronics to track its progress.

When the hydrogen is largely gone from the tank itself, the rest of the car's plumbing has to be flushed to remove remaining hydrogen in its fuel lines.

That's done using a nitrogen purge function that pumps pure nitrogen through the plumbing for 5 minutes, after another sequence of valve closings and shutoffs, and vents it through the grounded stack.

That's what it takes to remove hydrogen from a fuel-cell vehicle safely, leaving it with its tank locks closed and 580 psi or less of hydrogen remaining in them.

After that, Reed told us, the car is removed from the jack stands, pushed into the service bay by mechanics, and work on the system can begin.

The portable leak detector is employed several times during defueling and refueling processes, he said.

Those procedures vary in complexity, with low-pressure parts of the system forward of the tank regulator checked first for helium and hydrogen leaks after repairs are complete.

Once the repair is done and those low-pressure leak checks have been passed, Reed said, mechanics go through a startup procedure that consists of a set of steps to repressurize the fuel system, including more purging again monitored via the scan tool.

Once the car's fueling system is fully operational, the 0.5 kg of remaining hydrogen in its tanks should be enough to take it to the fueling station nearest the dealership, he said. This means dealers don't keep stocks of hydrogen fuel on-hand, a frequent question on the topic.

The bulk of hydrogen fuel-cell mechanics, Reed said, have previous experience with natural-gas vehicles, which Honda sold from 2002 through 2015 in three generations of Honda Civic compact sedans.

They're familiar with nitrogen purging, pressure regulators, valves and O-rings, and other hardware associated with high-pressure compressed gaseous fuels.

EDITOR'S NOTE: We have updated this article to clarify some points after further discussion with Honda's Doug Reed; we thank him for his efforts.