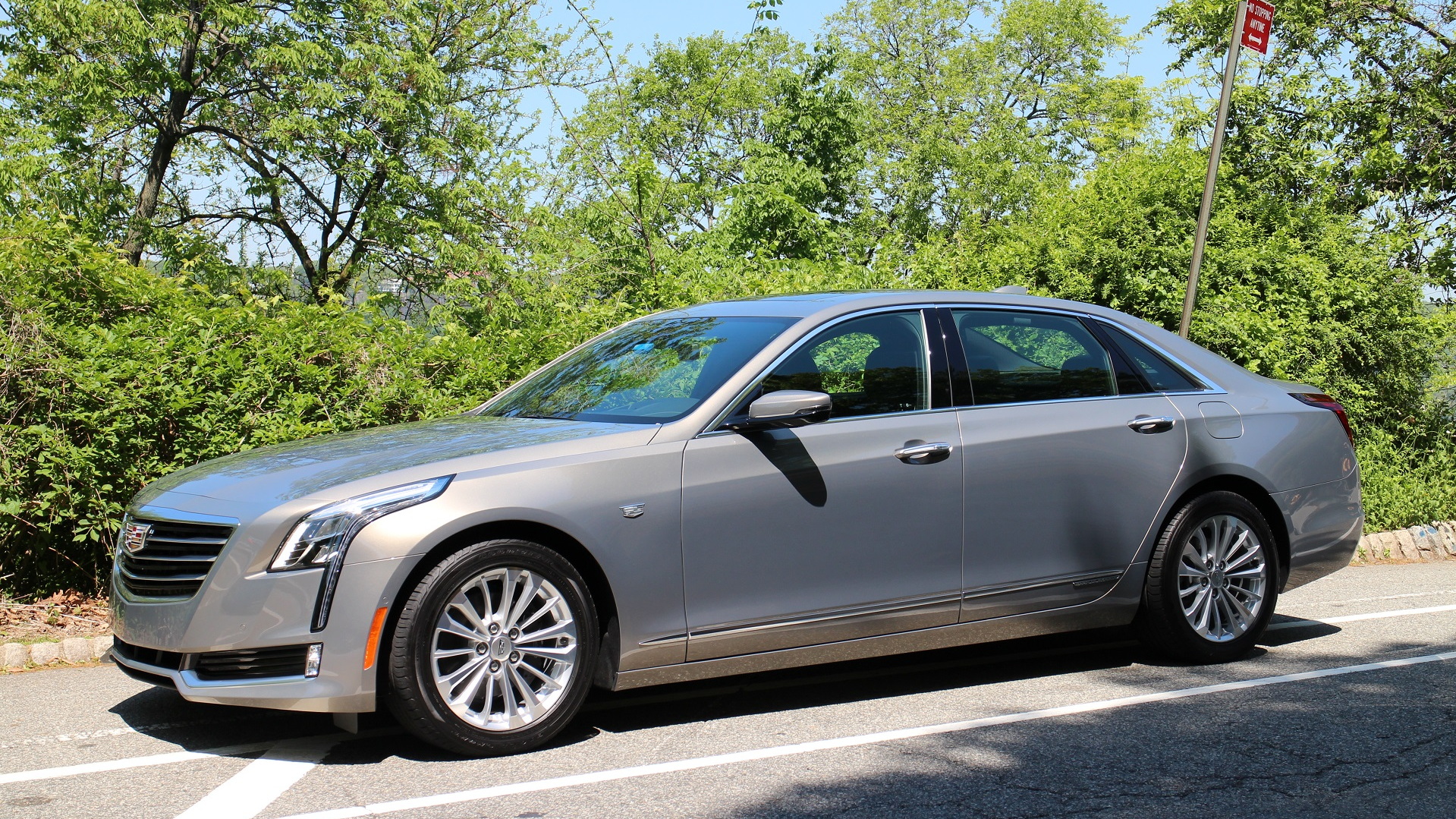 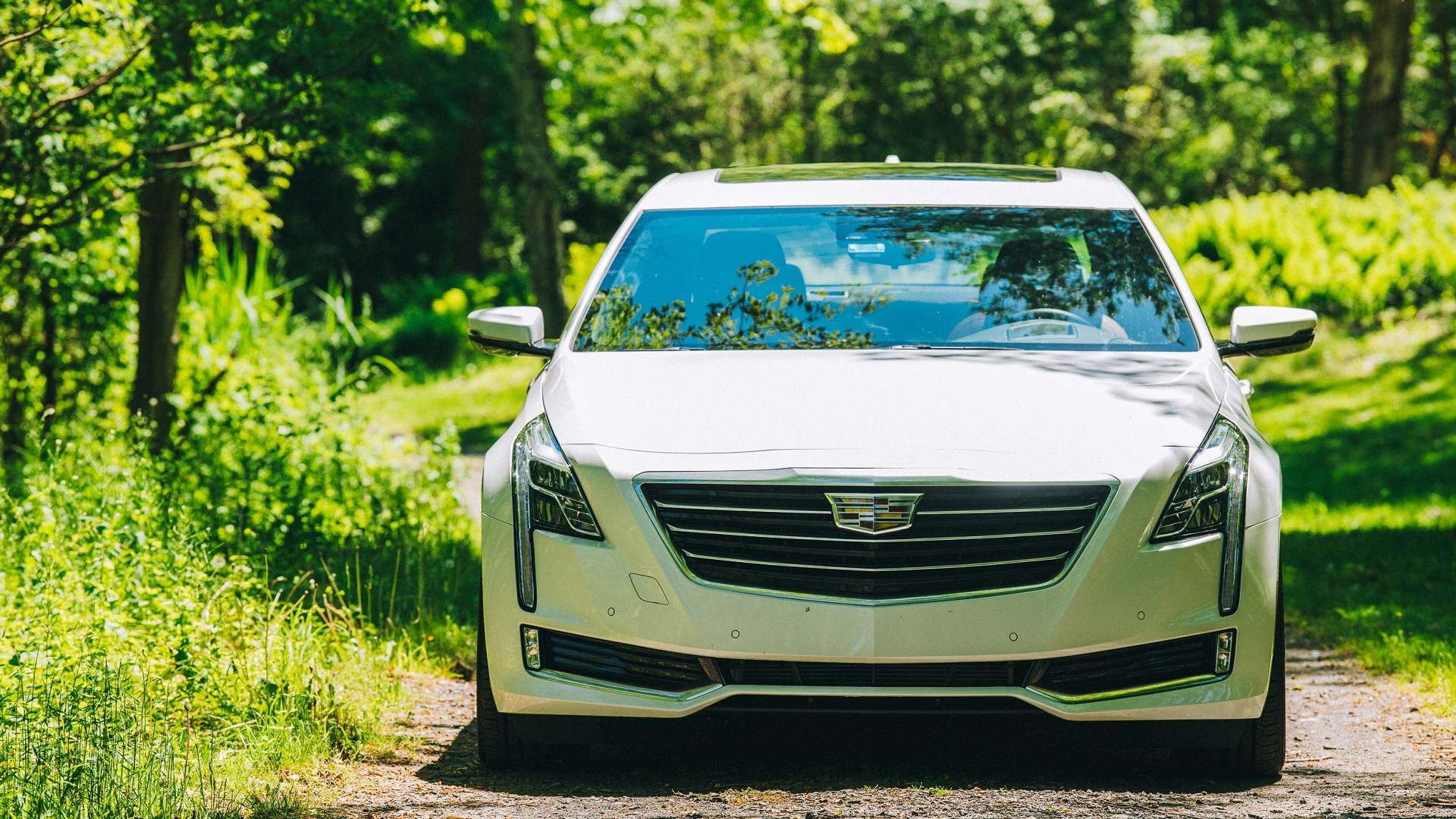 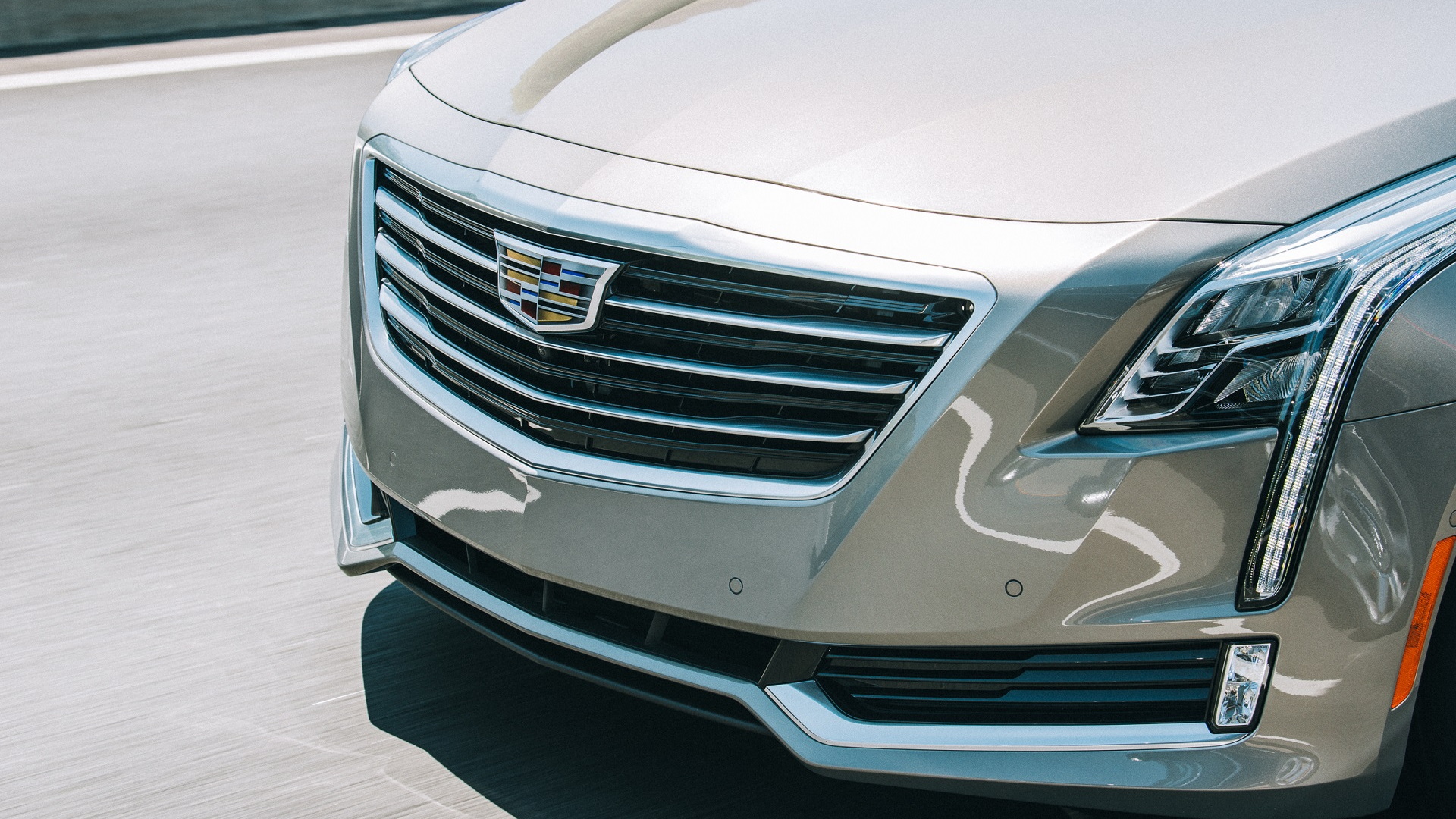 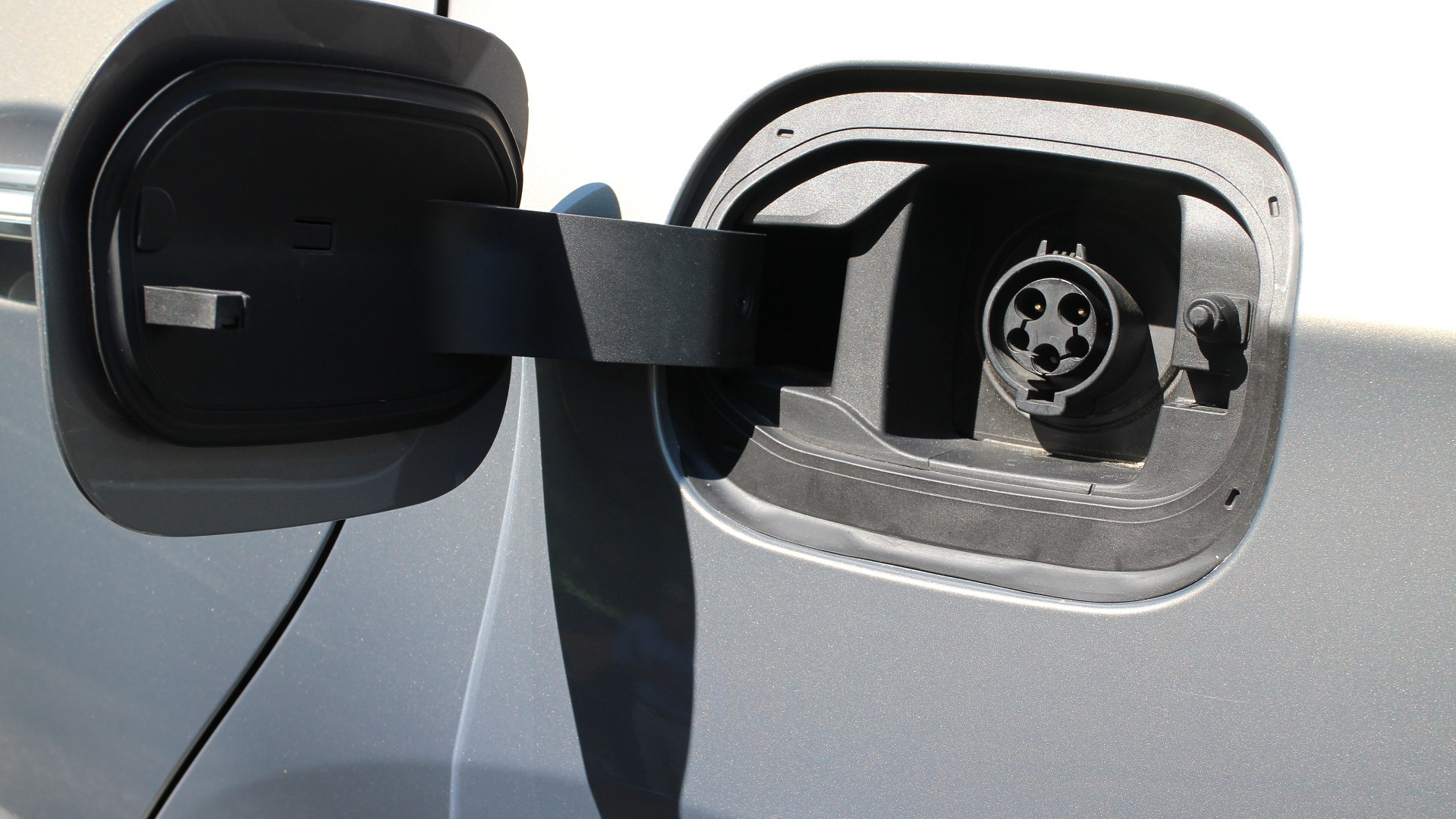 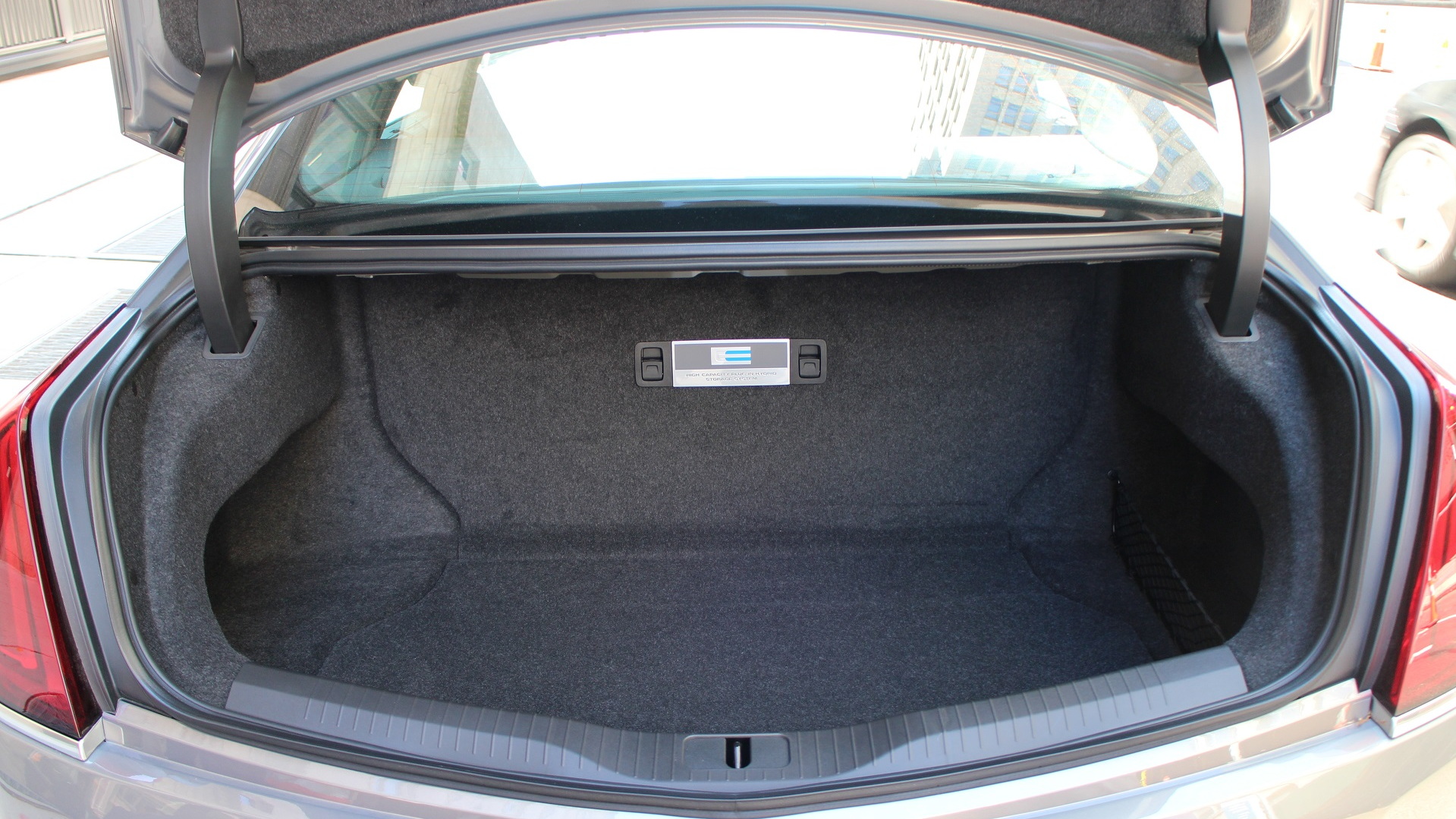 In many ways, that's a shame. This version of the CT6 large sedan is a worthy competitor among plug-in hybrid luxury cars, the rest of which will come from BMW, Mercedes-Benz, and Volvo.

Its rated electric range of 31 miles is roughly double that of the BMW 740e and Mercedes-Benz S550e, and the Cadillac's twin-motor hybrid transmission—similar to that of the Chevy Volt—is smoother than either of the Germans.

We had a chance a couple of weeks ago to spend most of a day with a CT6 Plug-In, starting in New York City's dense urban traffic and heading into the leafy green environs of posh Westchester County.

Like the Chevrolet Volt, the plug-in CT6 starts out operating solely on battery power up to 78 mph for its rated range, then switches over to become a conventional hybrid once the battery is depleted.

Unlike the Volt, however, full acceleration even with charge remaining in the battery will kick on the engine, like other plug-in hybrids whose electric motors aren't quite sized to propel the entire weight of the car.

Also like the Volt, its performance is identical in both modes, with a quoted acceleration from 0 to 60 mph in 5.2 seconds.

The 18.4-kilowatt-hour lithium-ion battery in the CT6 has the same energy capacity as that of a Volt, and it too is liquid-cooled, but the pack is shaped very differently and sits just behind the rear seat at the front of the trunk.

The engine is a turbocharged 2.0-liter 4-cylinder, and between the engine and the two 90-kilowatt (120-horsepower) electric motors, total maximum power output is rated at 335 hp.

One advantage the CT6 has is light weight, due to the combination of high-strength steel and aluminum in the structure.

Both the Mercedes 550e and the upcoming Porsche Panamera 4 e-Hybrid use turbocharged V-6 engines to provide roughly equivalent performance.

From our drive notes, we took the following impressions:

The CT6 comes in only a single trim level, which includes a sunroof, a rear-seat comfort package, and pretty much all of the available electronic active-safety systems you can get on a CT6.

All plug-in hybrid versions of the Cadillac CT6 are built in China and imported into the U.S. (The conventional versions are assembled in Detroit.) The build quality on our car seemed excellent.

Its battery pack, however, is assembled in Michigan and shipped to China for incorporation into the car; the electric motors similarly come from a GM plant near Baltimore.

China, in fact, is the main market for the CT6 Plug-In, to comply with the government's strong mandates to encourage sales of both battery-electric and plug-in hybrid vehicles.

CHECK OUT: Plug-in hybrid problem: buyers don't understand them at all

The BMW 740e and Mercedes-Benz 550e sell in small numbers in the U.S.—330 of the Mercedes in the first five months of this year, for instance—and the CT6 will roughly parallel those volumes in the States.

That's unfortunate, because with a range over 30 miles, the plug-in CT6 is capable of providing significant all-electric transportation, if only marketers could figure out how to explain the benefits of plug-in hybrids to potential buyers.