John and Mimi Porter of San Diego, California, with their new 2017 Chevrolet Bolt EV, in Feb 2017

The 2017 Chevrolet Bolt EV is the first mass-priced electric car with a range of more than 200 miles, and it's already had a big impact on the California market.

While it continues to trickle into dealerships in other states, a few lucky Californians now have six months in the 238-mile electric hatchback under their belt.

An early owner, John Porter of San Diego, shared his impressions of the car after three months with Green Car Reports readers.

Now he's had six months with his Bolt EV—not bad considering the first one in the country was only sold on December 13 last year.

He and his wife Mini have put more miles on their car, and they have got some additional impressions.

What follows are John Porter's words, edited by Green Car Reports for comprehension, style, and length. 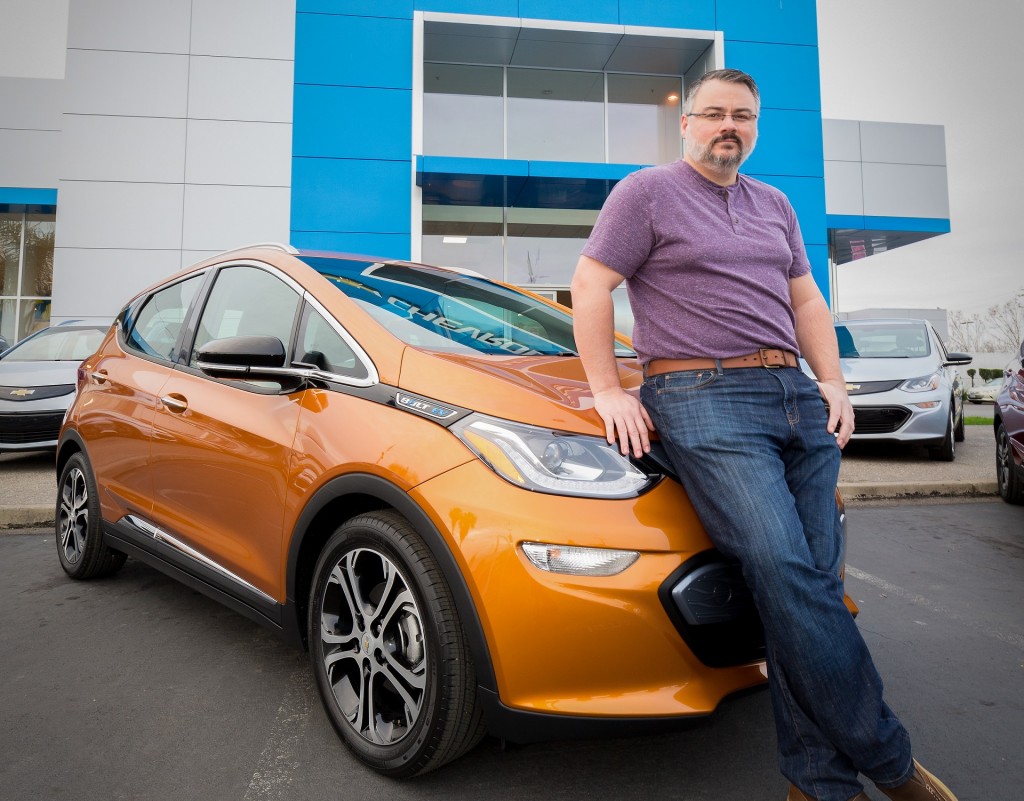 Wow! It’s been six months already since we brought home our Chevy Bolt.

So far, no defects or malfunctions have been detected. Of course, we've learned a few things about the car, mostly positive.

I’ll go through the Bolt EV's various aspects and systems and comment on each one, with a summary at the end.

CHECK YOUR STATE: When can I buy a Chevy Bolt EV electric car? See state-by-state schedule

We're a retired couple who use two cars on a daily basis. With a home solar-power system, we added the Bolt EV to an older Mitsubishi i-MiEV.

The Chevy hatchback fit right into our family driving pattern and, of course, my wife and I now debate over who gets to drive the Bolt each day.

Concerning appearance, we’re proud of its sleek looks and finish. Compared to the older and much smaller Mitsubishi, we no longer get comments like, “It’s a roller skate in high heels!" 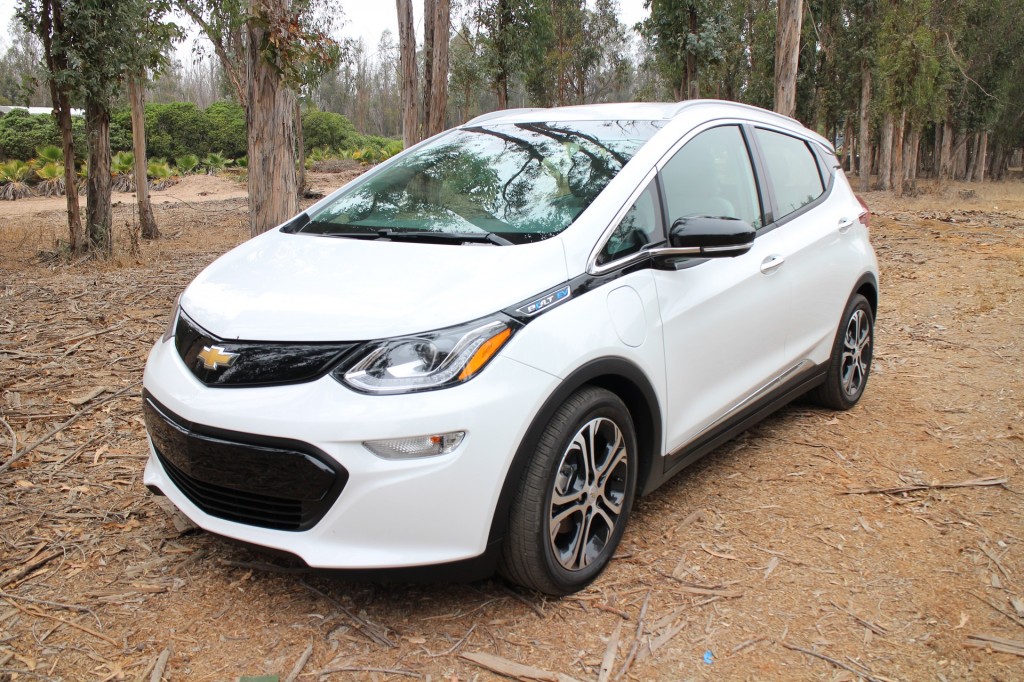 The Bolt’s interior is fine, though the white details are easily smudged with dirt. The cabin layout is great, and the back seats fold flat to give us a roomy hauling area in back.

The back seats look comfortable, but actually, few folks have ridden back there.  My biggest interior complaint is the narrowness of the front seat backs. They pinch my shoulders a little, and should really be at least an inch wider.

Entering and exiting is easy on our old bones, though, and the multiple seat adjustments help that way too. Outward visibility is very good, with only side glances needed for lane changes.

The Bolt EV's battery and electric motor have been fine so far. A full charge is indicated to be 240 to 250 miles, and the range meter seems to be very accurate.

We love the big battery, which only needs to be recharged about once a week. We have DC fast-charging nearby, but haven’t used it, relying on our 240-volt Level 2 charging station at home.

The regenerative braking capacity is outstanding.  We drive the car in L, which maximizes regeneration and provides coast-down braking on the road.

John and Mimi Porter of San Diego, California, with their new 2017 Chevrolet Bolt EV, in Feb 2017

A bonus, which came as a surprise to us, is the additional regenerative braking that can be triggered using the left steering wheel paddle. It acts almost as a hand brake, bringing the car to a complete stop as if it were under moderate braking.

Chevy's engineers seem to have achieved the ability to recapture almost all of the kinetic energy wasted in braking with this two-part system. Using the paddle also triggers the brake lights, warning other cars that the Bolt EV will have a significant drop in speed.

One unavoidable annoyance is that regenerative braking won’t kick in when the battery is fully charged. Suddenly you have to use the regular brake pedal when the car doesn't decelerate as expected. That's disconcerting until the driver gets used to remembering the difference.

Overall, the regeneration is so efficient that I seriously doubt whether our Bolt EV will ever need brake-lining replacements.

Handling has been great, with the car being extremely responsive and fast. Acceleration from 0 to 60 mph is about 6 seconds, which allows for quick positioning in traffic.

One caveat: when the pedal is floored, the car accelerates so quickly that you have to keep both hands on the steering wheel for control. Otherwise, there's a risk that it may swerve into another lane. 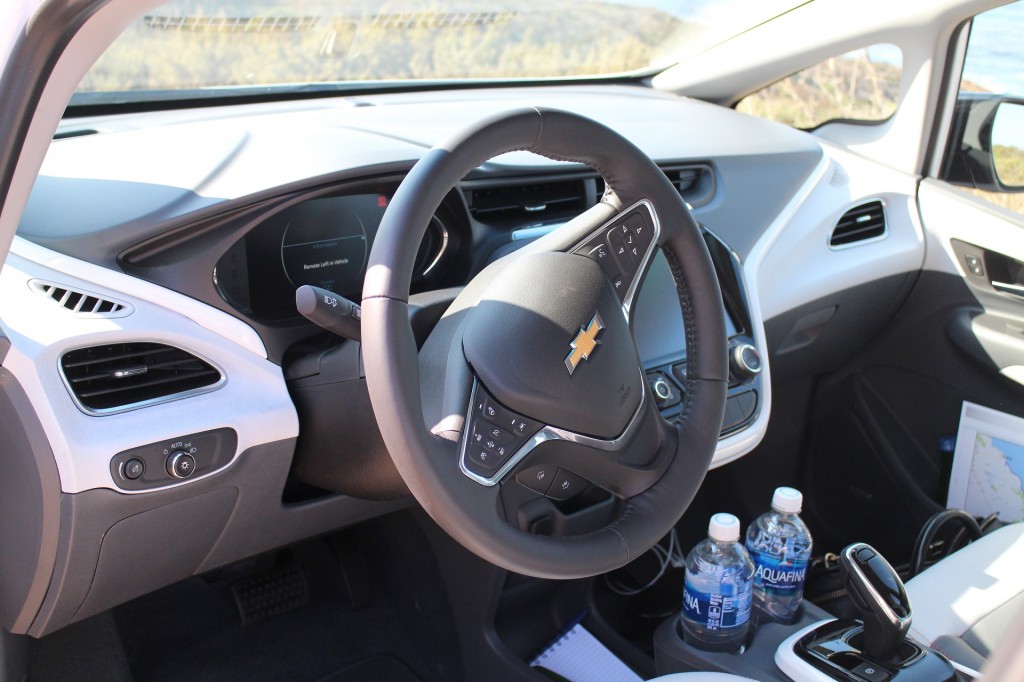 Otherwise, it has tight, quick steering, which allows precise maneuvering in traffic and avoiding potholes. The low center of gravity allows it to hold the road well.

We do like the firm ride, but folks with body-pain problems may prefer a model with softer suspension. The Bolt EV remains quiet inside, even at 70 mph.

We didn't order the extra features, such as lane correction, surround-view cameras, or automatic emergency braking.

Maybe when we get older, we'll need more driving assistance capability. Currently, we think these features may be more distracting than helpful.

One accessory that I would have liked to see, and would have paid extra for, is adaptive cruise control. But it's not offered on any model of Bolt EV, a puzzling omission. 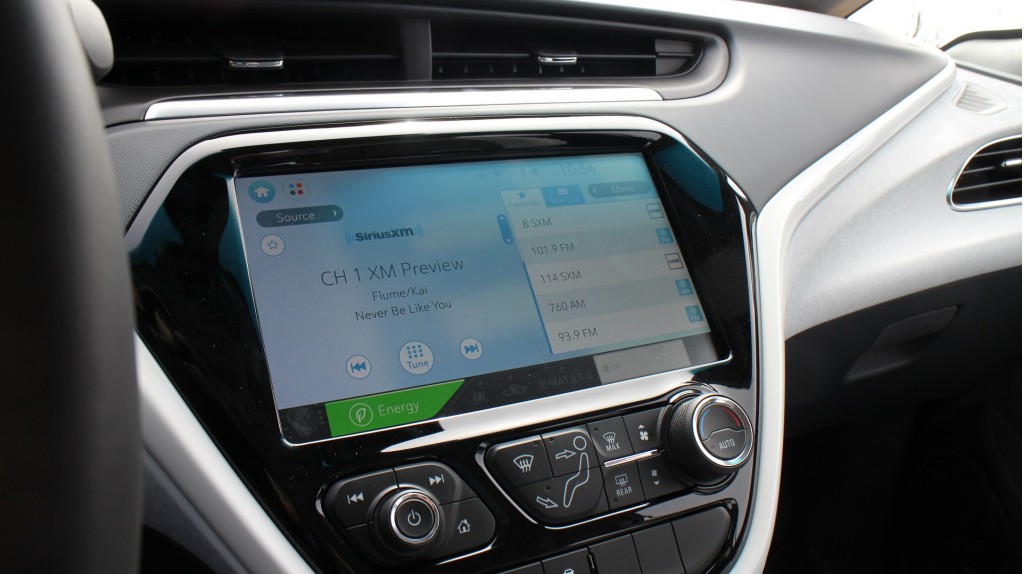 The entertainment center required a steep learning curve and several references to the owner's manual.

Both GM and Chevy dealers push the built-in Sirius XM satellite radio heavily. I enjoyed it, but I didn’t want to be stuck with a subscription fee that only applied to the car. Instead, I bought a separate XM radio that travels with us from car to car, and into the house as well.

A nice Bolt feature is that the entertainment functions can be controlled from the steering wheel, reducing driver distraction.

The USB connection in the center armrest well will link the navigation on your Apple iPhone or Android smartphone to the large dash screen. That supplants a conventional built-in navigation system, using the phone to provide instructions from the continually updated data on services like Google Maps.

We're still getting familiar with the automatic climate control. We’re used to manual settings, which are still possible, but the automatic system likes to take over. 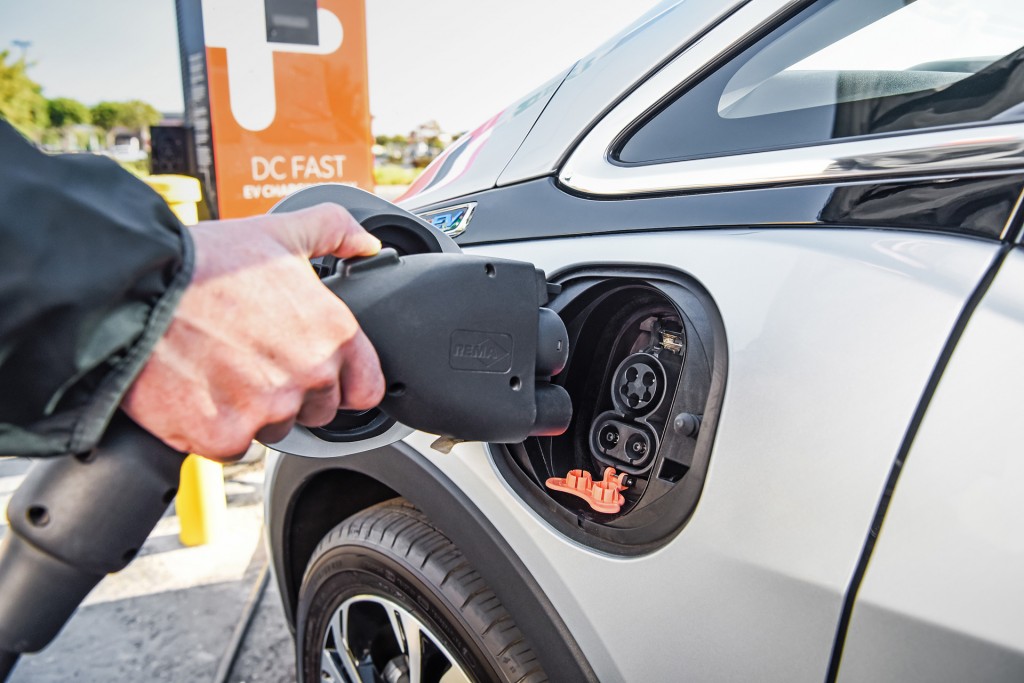 As any experienced electric-car driver knows, the environmental settings can significantly affect battery mileage. I automatically minimize the use of heat and air conditioning by setting the controls manually, having developed that habit in the older Mitsubishi i-MiEV.

After a full six months, we still have a very positive attitude about our Chevrolet Bolt EV. It adapts well to the vagaries of Southern California driving: it creeps along smoothly and effortlessly  in bumper-to-bumper traffic, yet is quick and maneuverable at high speeds.

It's a fun and driver-friendly car that is actually much better than we had expected when we bought it.

We didn't expect to say it, but ... watch out, Tesla Model 3, you already have some serious competition.