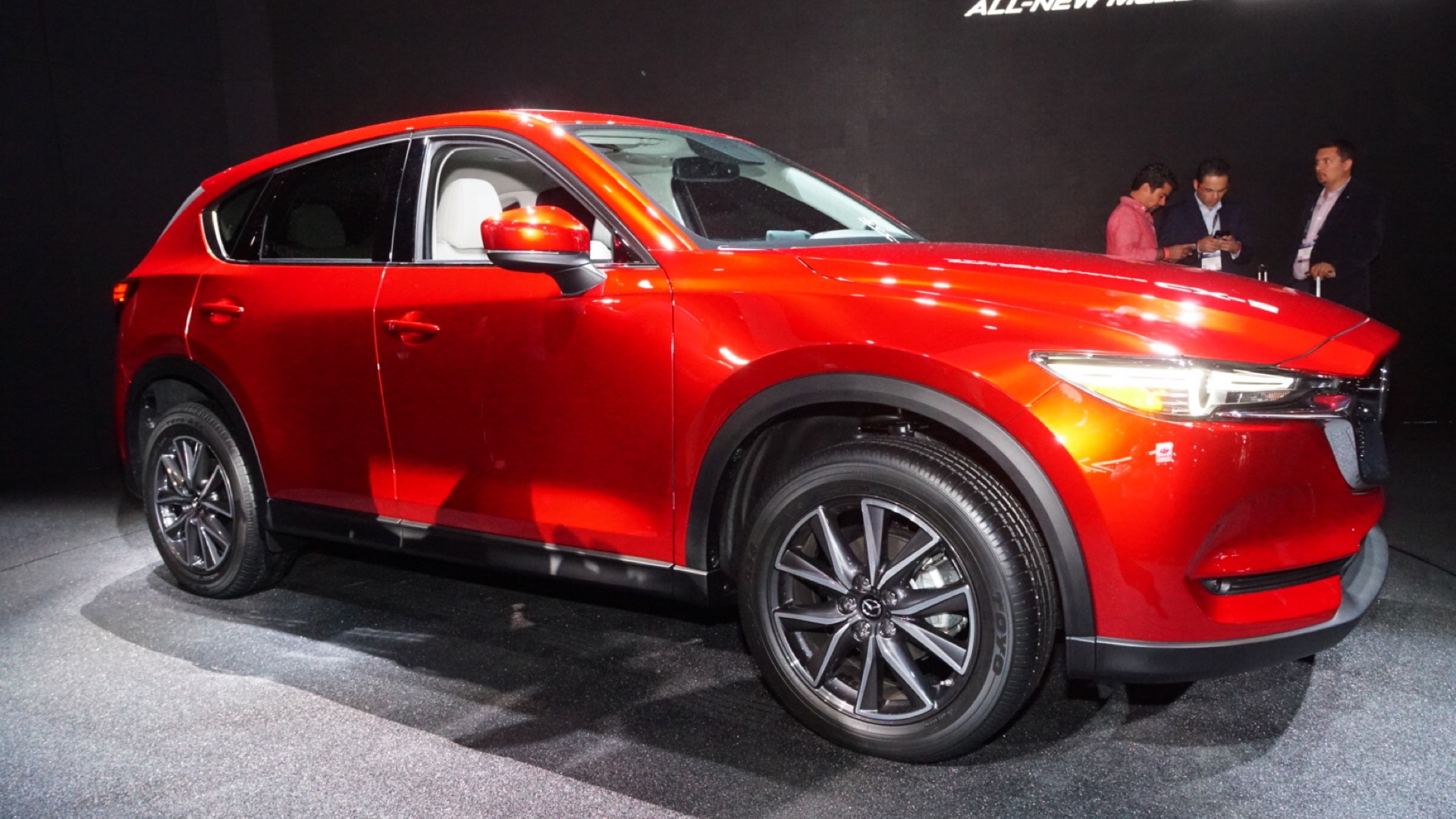 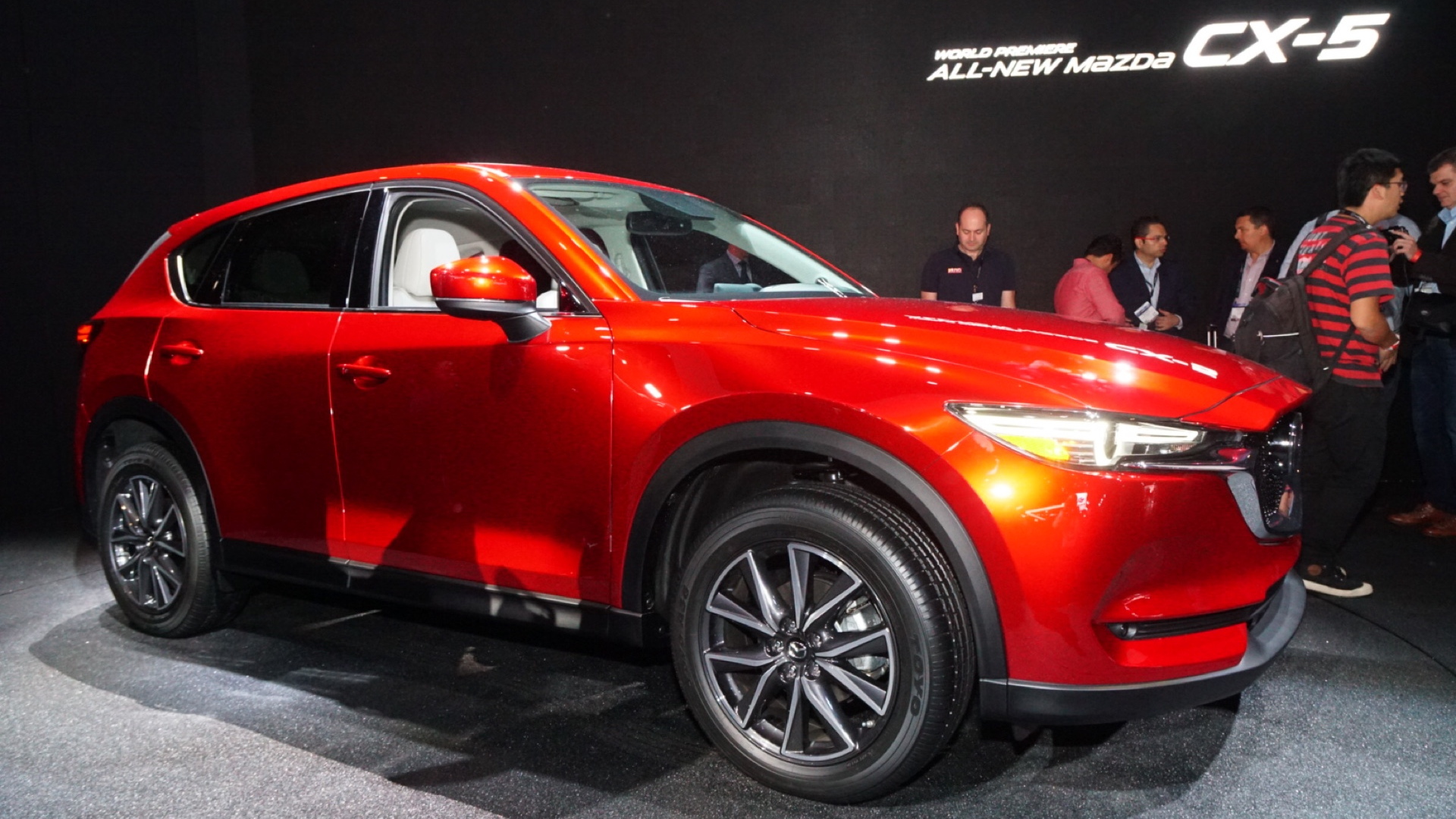 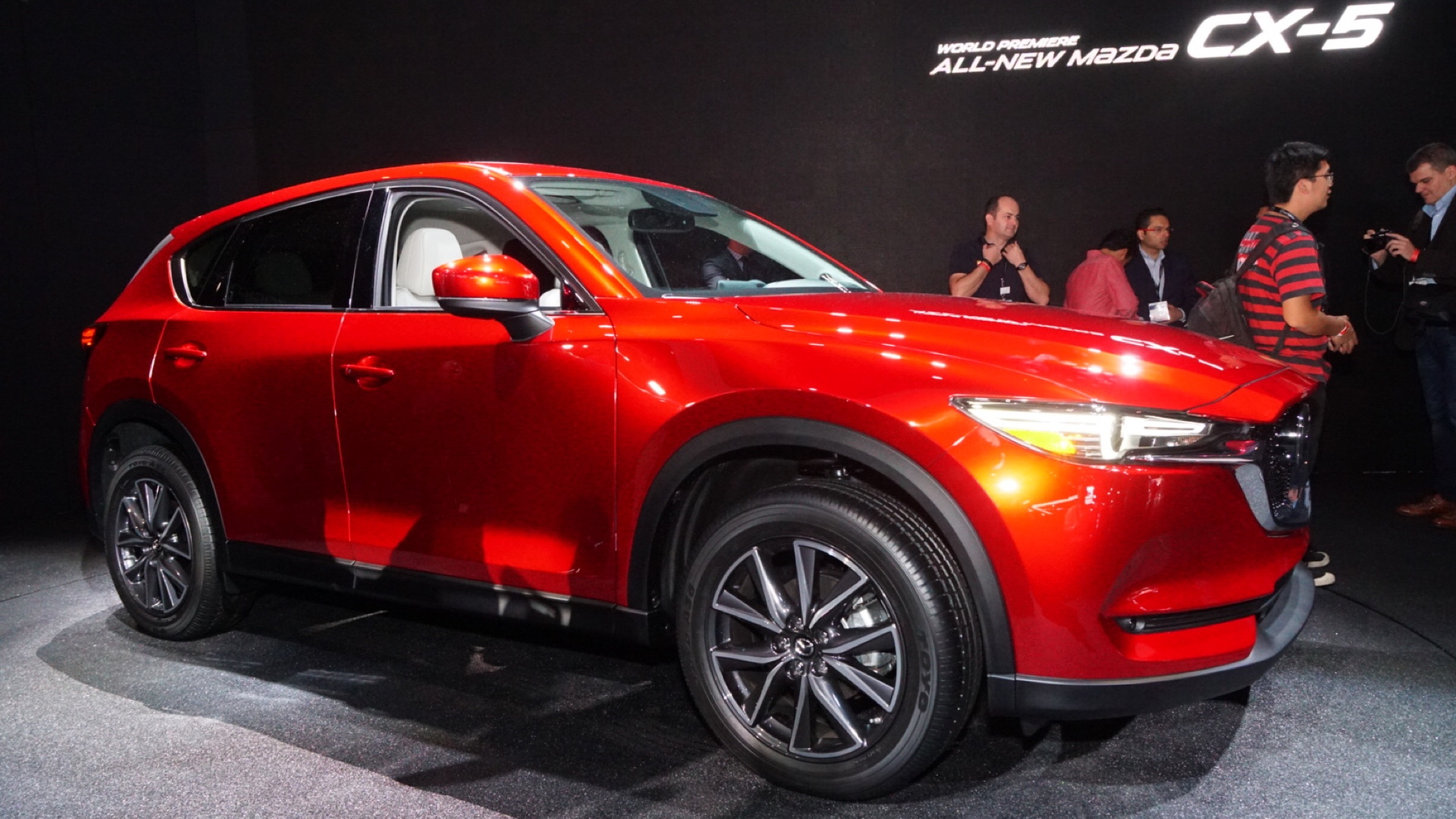 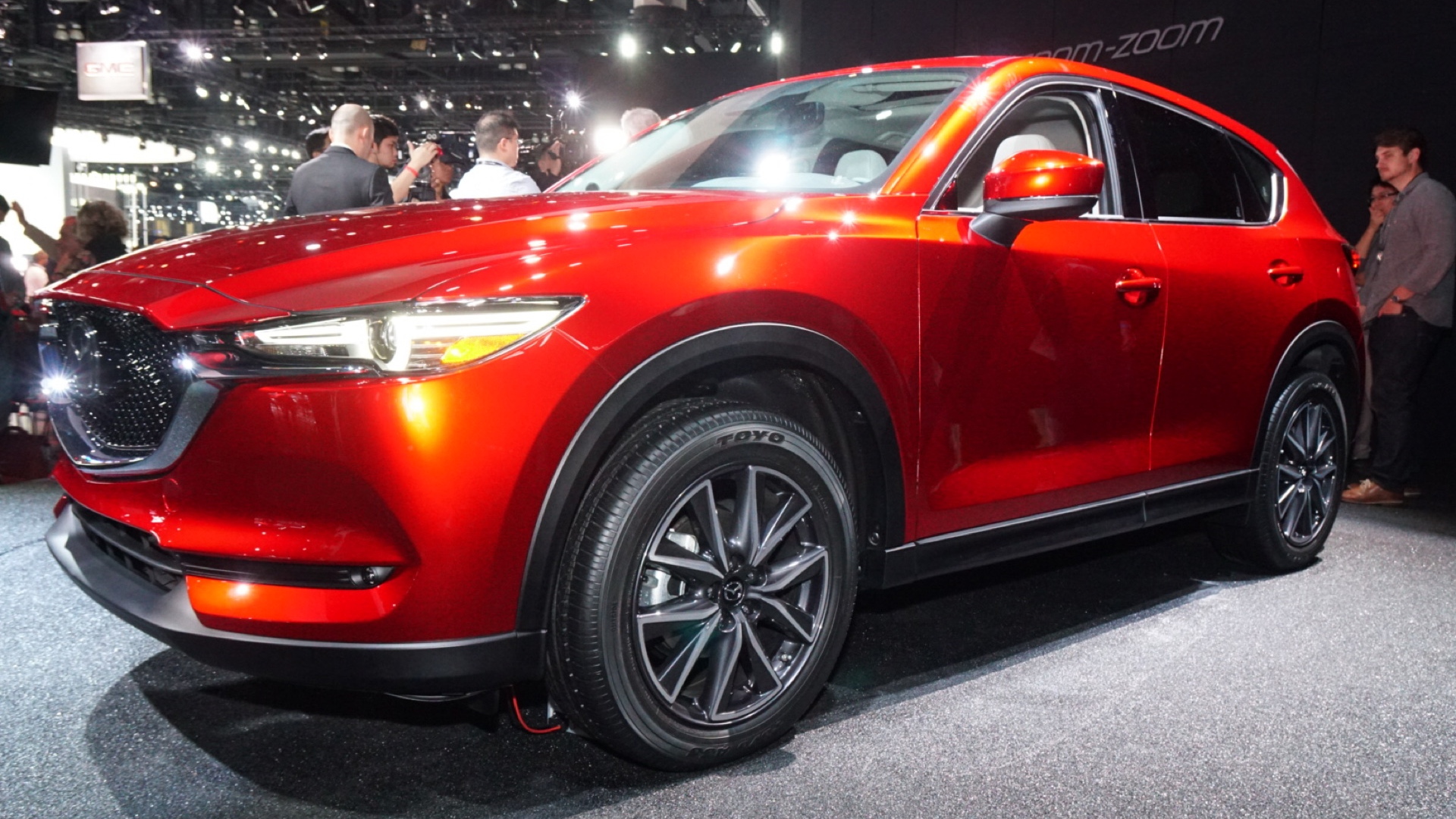 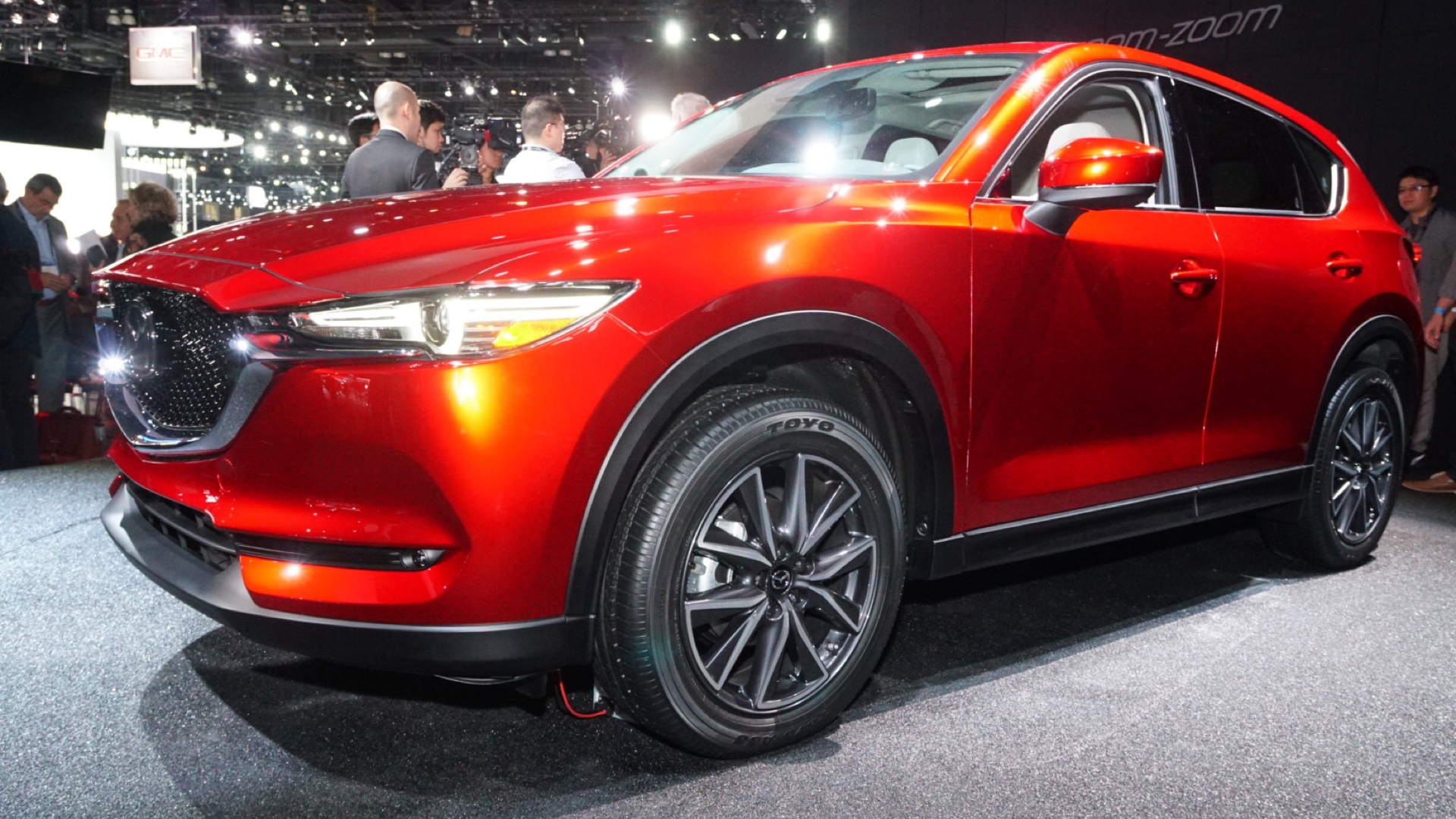 The 2017 Mazda CX-5 compact crossover is an entirely new design, Mazda says, although you might not see it at first glance.

The small Japanese maker unveiled the new generation just four years after it launched the vehicle that now represents fully one-quarter of its global sales volume.

But the company also confirmed a rumor first reported three days ago in the Japanese business press: it will offer U.S. buyers a diesel engine option in the CX-5.

Mazda's diesel has had one of the lengthier gestations of any engine in recent years, with the company setting and then postponing several dates for its U.S. launch.

In the wake of the Volkswagen diesel scandal, many observers had assumed the project would be quietly dropped.

But Mazda has persevered, it says, and will offer "hybrid levels of fuel economy" when the diesel option becomes available in the second half of 2017.

That line got applause at Mazda's press conference, but more seasoned observers seasoned the announcement with the proverbial grain of salt.

What Mazda had previously proposed to do is exactly what got Volkswagen in trouble: offer to a diesel engine that meets strict emission requirements in effect since January 1, 2008 without urea injection.

In the end, Volkswagen couldn't do it—and its engineers resorted to the "defeat device" software to keep the engine compliant only when it was being tested on a dynamometer, or rolling road.

Mazda gave few details of its technology at the CX-5 launch, saying simply that the 2.2-liter SkyActiv-D engine would "provide a torque-rich driving experience" and rev "freely to high RPMs."

The 2.2-liter diesel engine has been sold in other markets for several years.

UPDATE: A Mazda executive later clarified to High Gear Media that in fact the company would use selective catalytic reduction exhaust aftertreatment, also known as urea injection, on the engine that is to be introduced next year.

The fuel-economy levels of a hybrid vehicle would have to translate to 35 to 40 mpg combined for the compact crossover segment in future years; the current Toyota RAV4 Hybrid is rated at 32 mpg combined.

The sole technical mention was the following:

We look forward to learning what that means and how it functions in practice.

Gasoline engines are likely to be carryover versions of the 2.0-liter and 2.5-liter 4-cylinder units used in today's 2016 CX-5, which are paired to a six-speed automatic transmission driving the front or all four wheels.

The redesigned CX-5 will be in showrooms next spring.