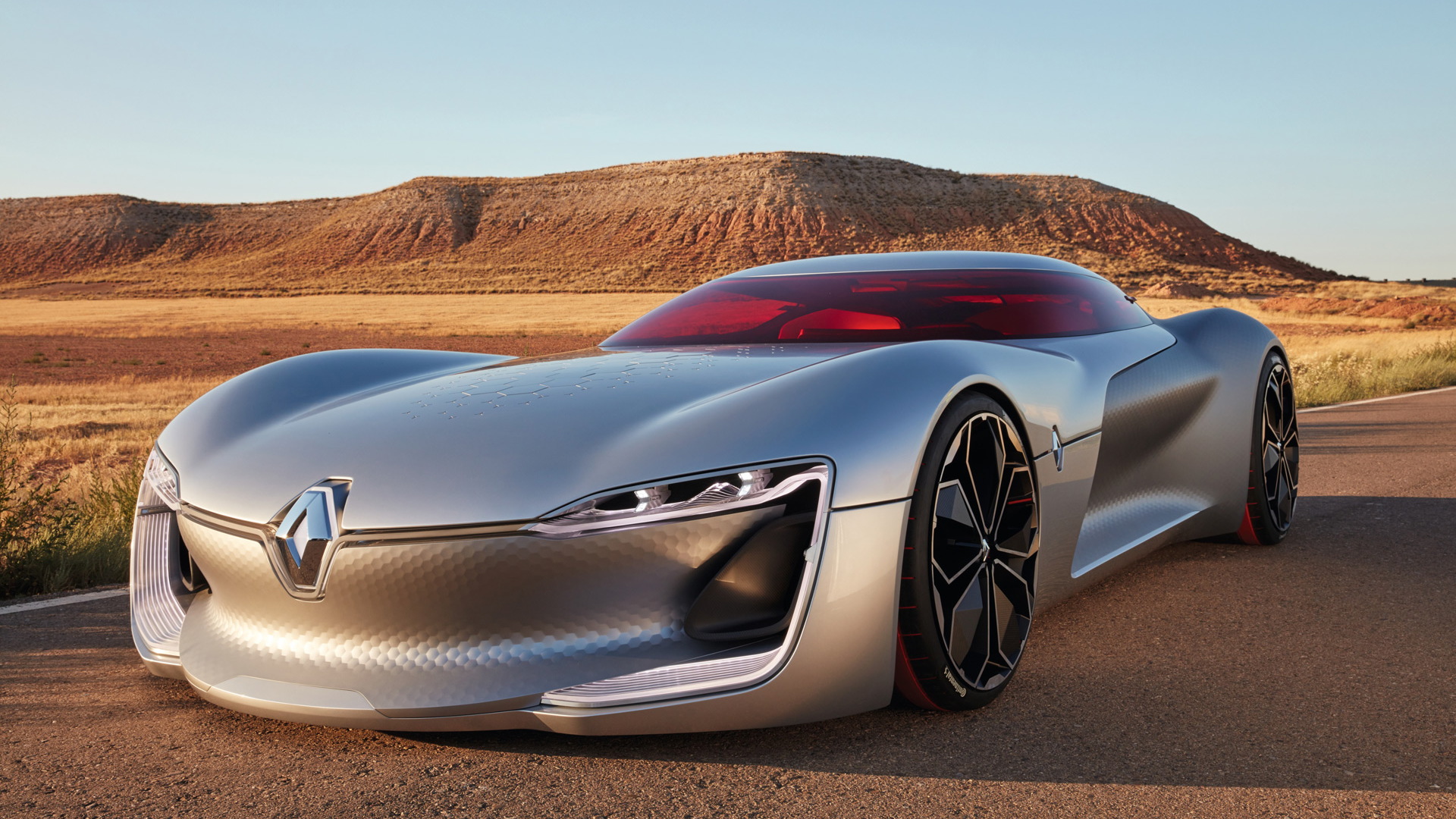 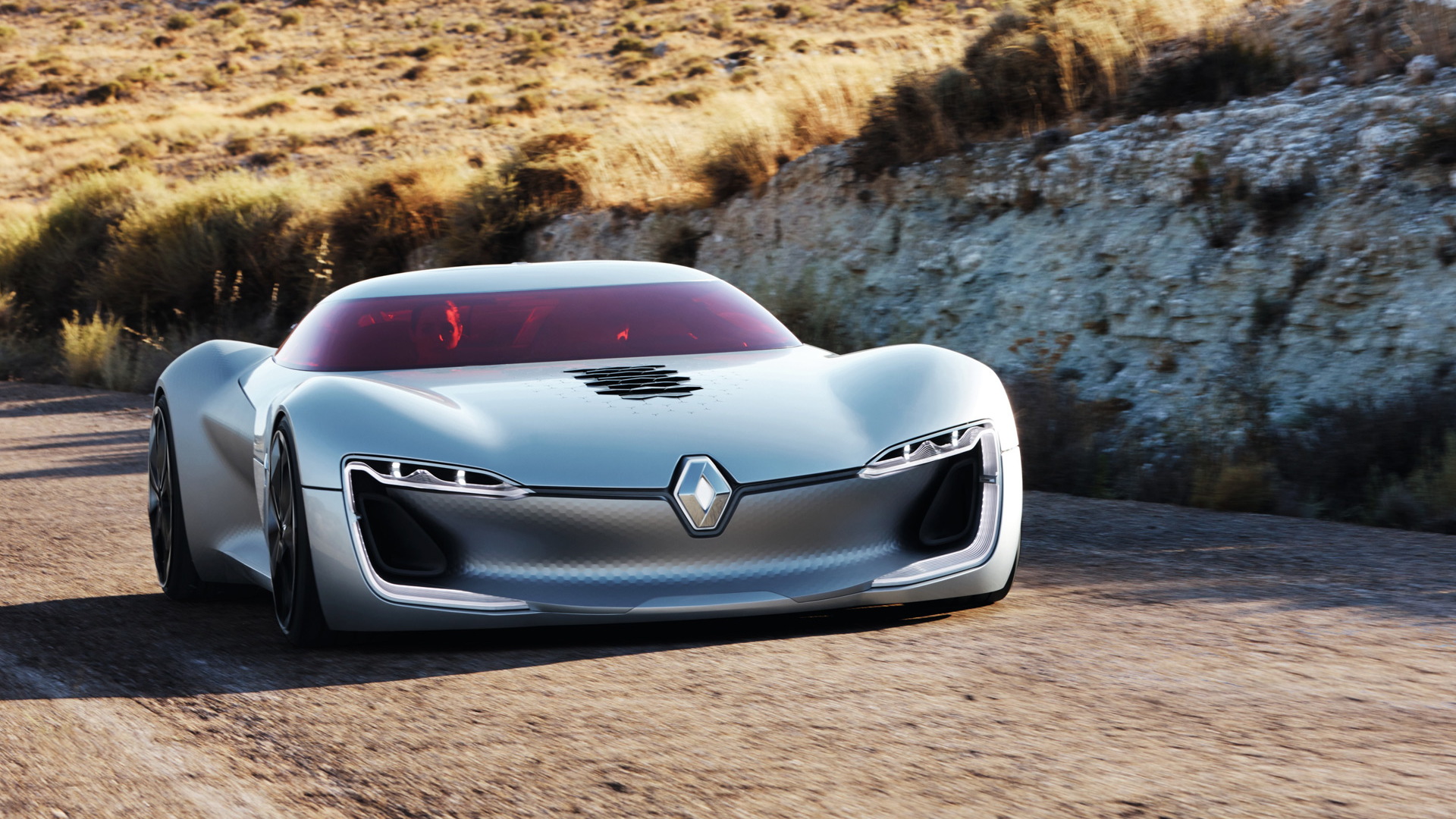 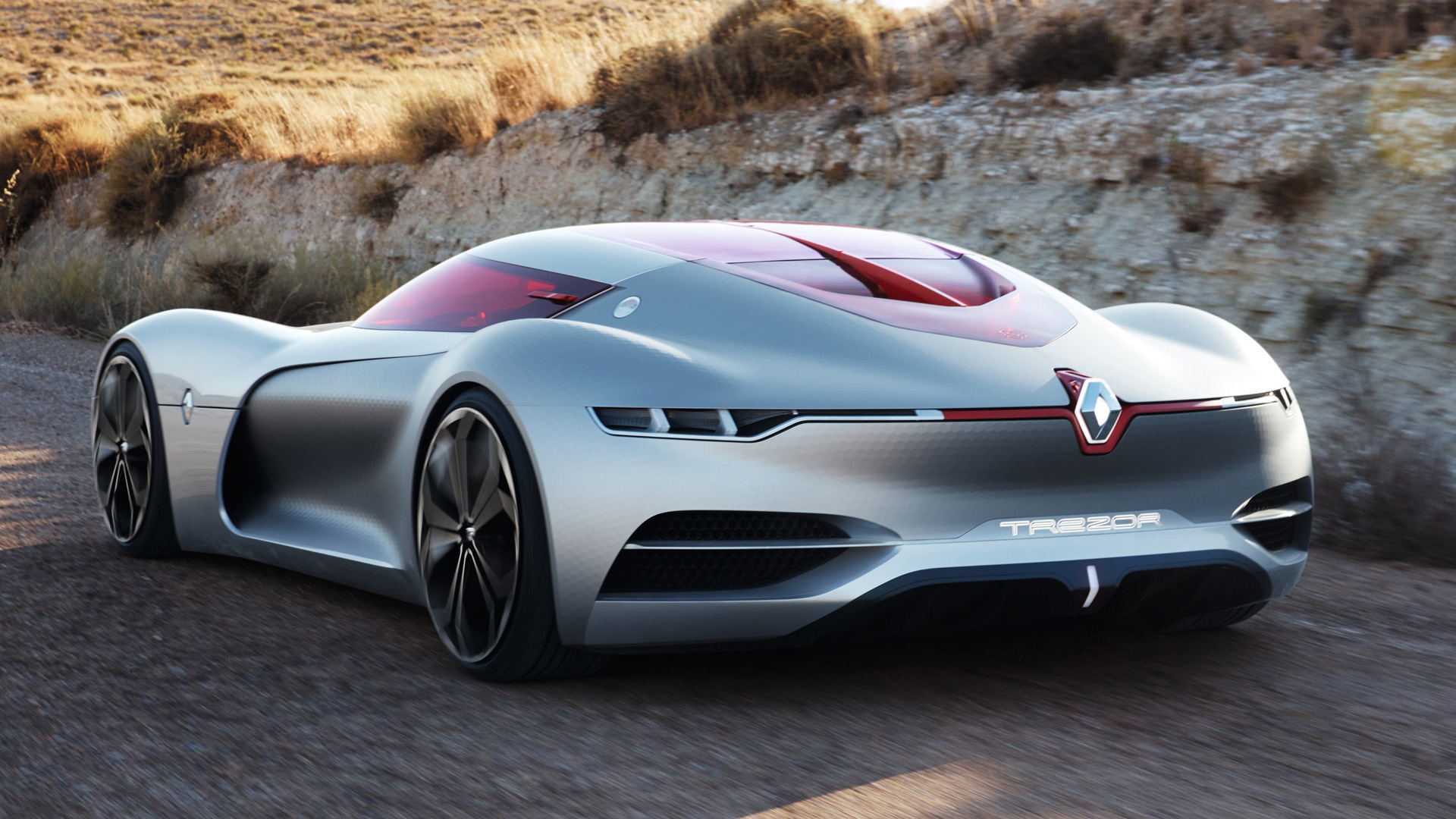 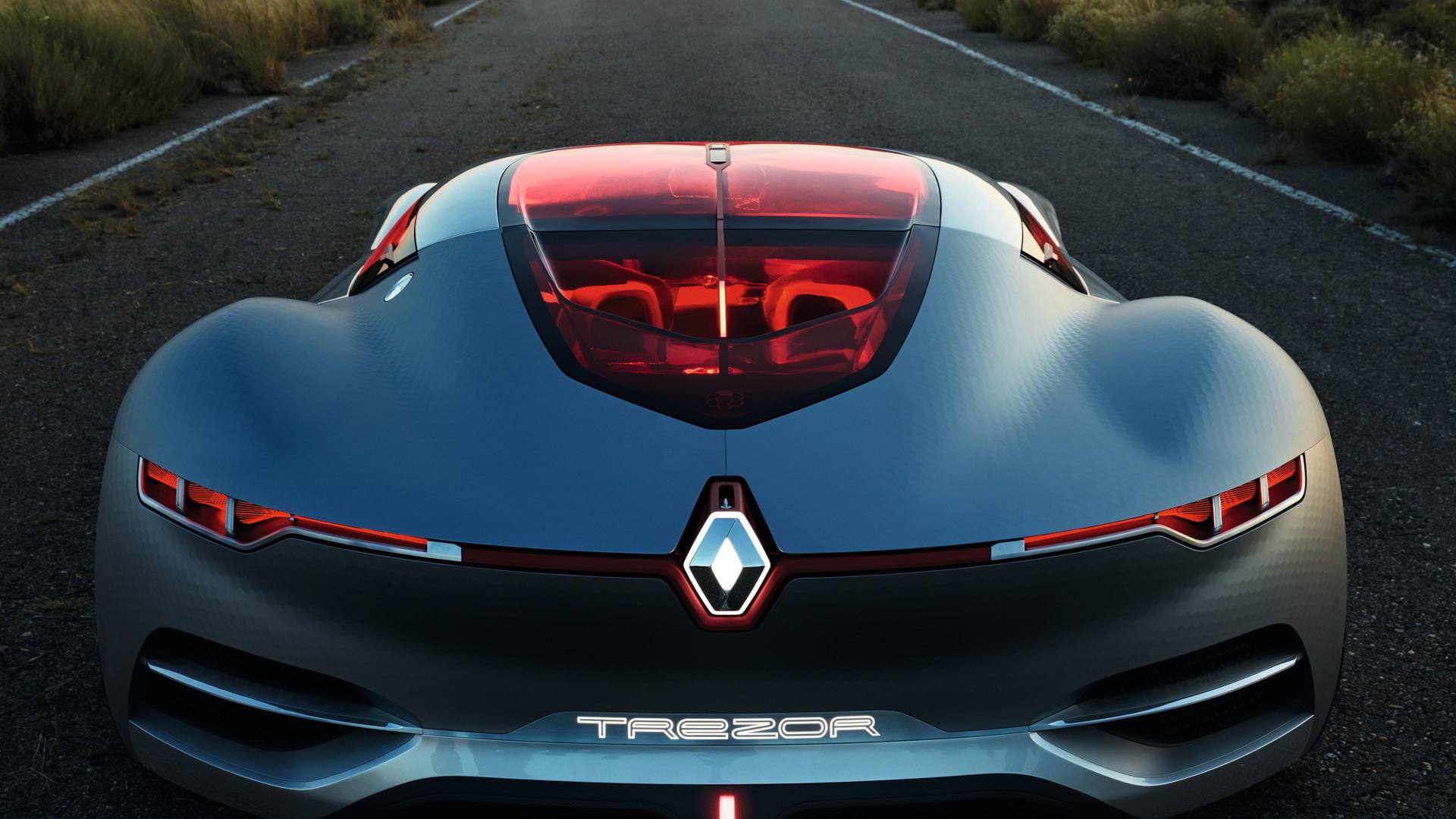 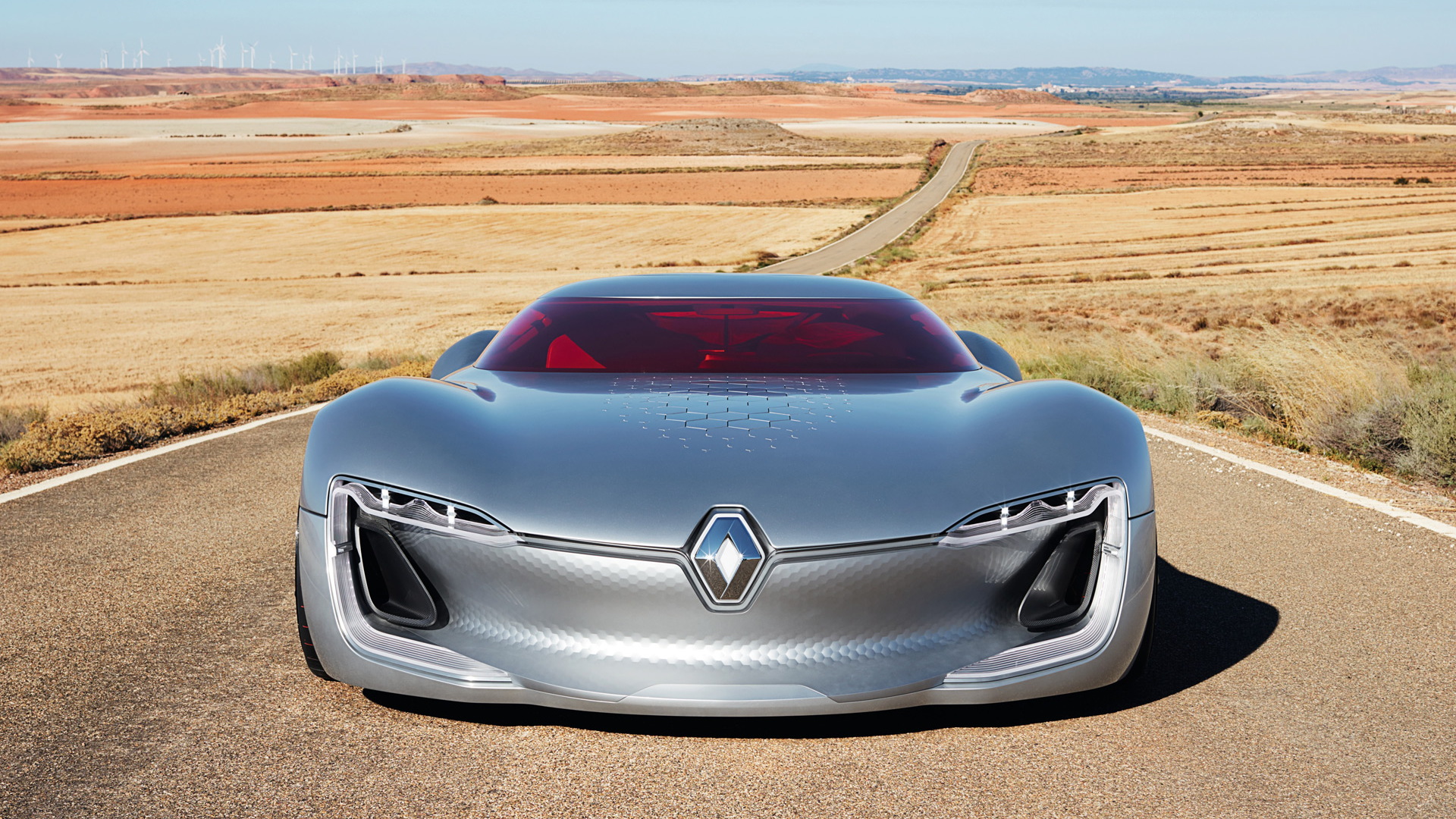 Even when a concept car doesn't make it into production, elements of its styling can.

Providing a styling template for future models is the main mission of the Renault Trezor electric sports car concept, which debuts this week at the 2016 Paris Motor Show.

It follows in the footsteps of the 2010 Renault DeZir concept in combining an electric powertrain with styling meant to serve as a preview of Renault's new design language.

The two-seat Trezor is a somewhat more luxurious car than the DeZir, with Renault referring to it as a "grand tourer."

The Trezor sits quite low to the ground and, instead of doors, its entire roof opens to allow access to the interior.

That likely won't be a feature on future Renault production cars, but elements like the C-shaped lighting signature and smooth front end—with no hint of a grille—might be used on some electric models.

The powertrain includes an electric motor adapted from the race cars campaigned by Renault in the Formula E series.

It sends 260 kilowatts (350 horsepower) and 280 pound-feet of torque to the rear wheels, getting the Trezor from 0 to 62 mph in less than four seconds, according to Renault.

The Trezor's regenerative-braking system is also adapted from Formula E.

Instead of one large battery pack, the Trezor uses two smaller packs placed in different areas of the car, which Renault says makes for optimal weight distribution.

The Trezor uses a carbon-fiber passenger cell, with tubular steel frames attached to the front and rear.

As with most other recent concept cars, the interior of the Trezor features an elaborate infotainment system, in this case incorporating curved OLED displays made from Gorilla Glass.

Allowing occupants to give those screens their undivided attention, the Trezor also has an autonomous-driving mode.

Renault and partner Nissan plan to introduce autonomous-driving capability to production cars by 2020.

The two carmakers will gradually build toward that goal, starting with a system that allows cars to autonomously navigate stop-and-go traffic previewed earlier this year.

The automaker will work with Waze to "on scenarios to enhance [the] car app user experience," according to a Renault press release.

To promote the launch of the updated Zoe electric car—also debuting in Paris—Renault-branded pins will also appear on Waze maps to mark public charging stations.