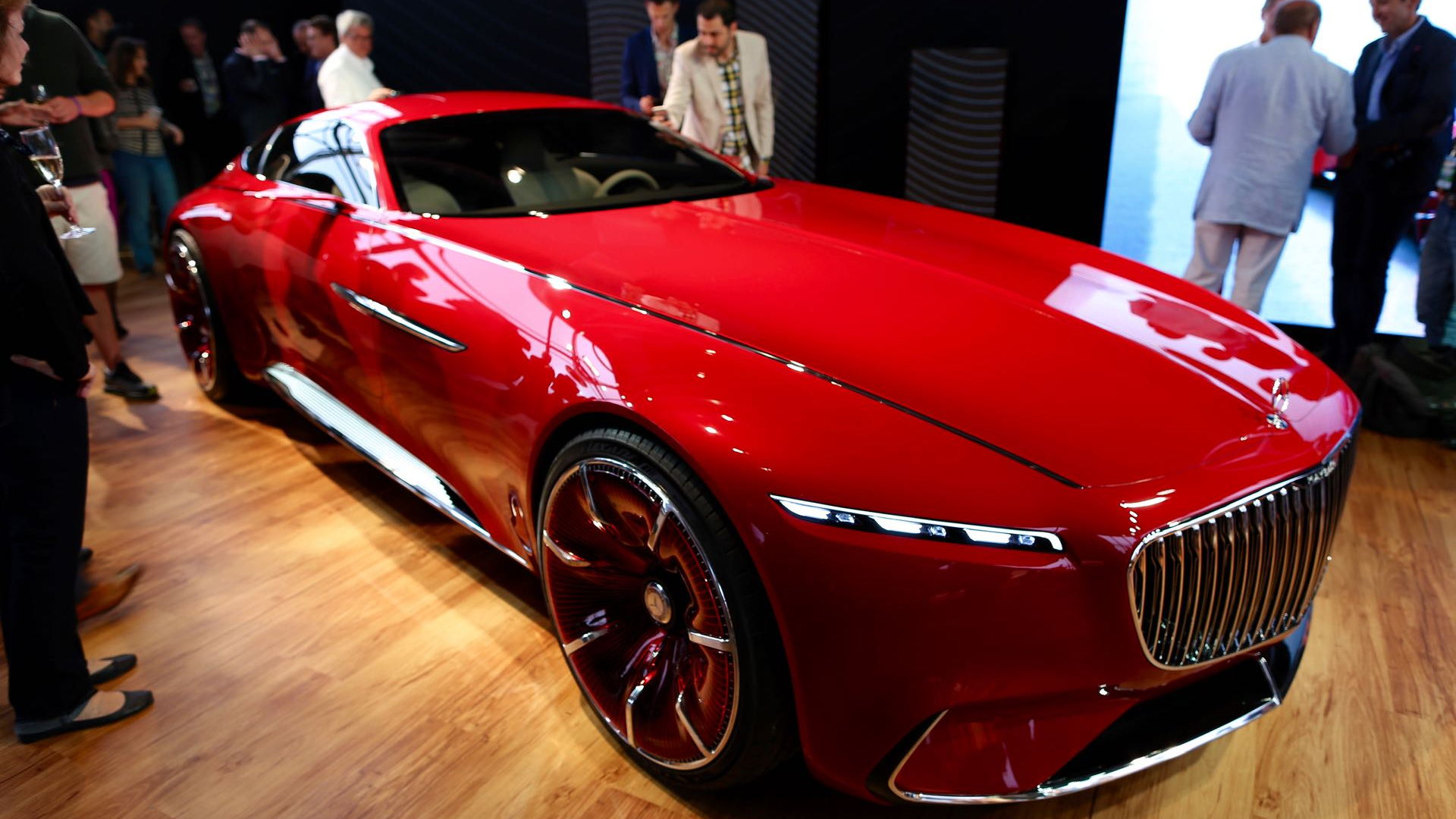 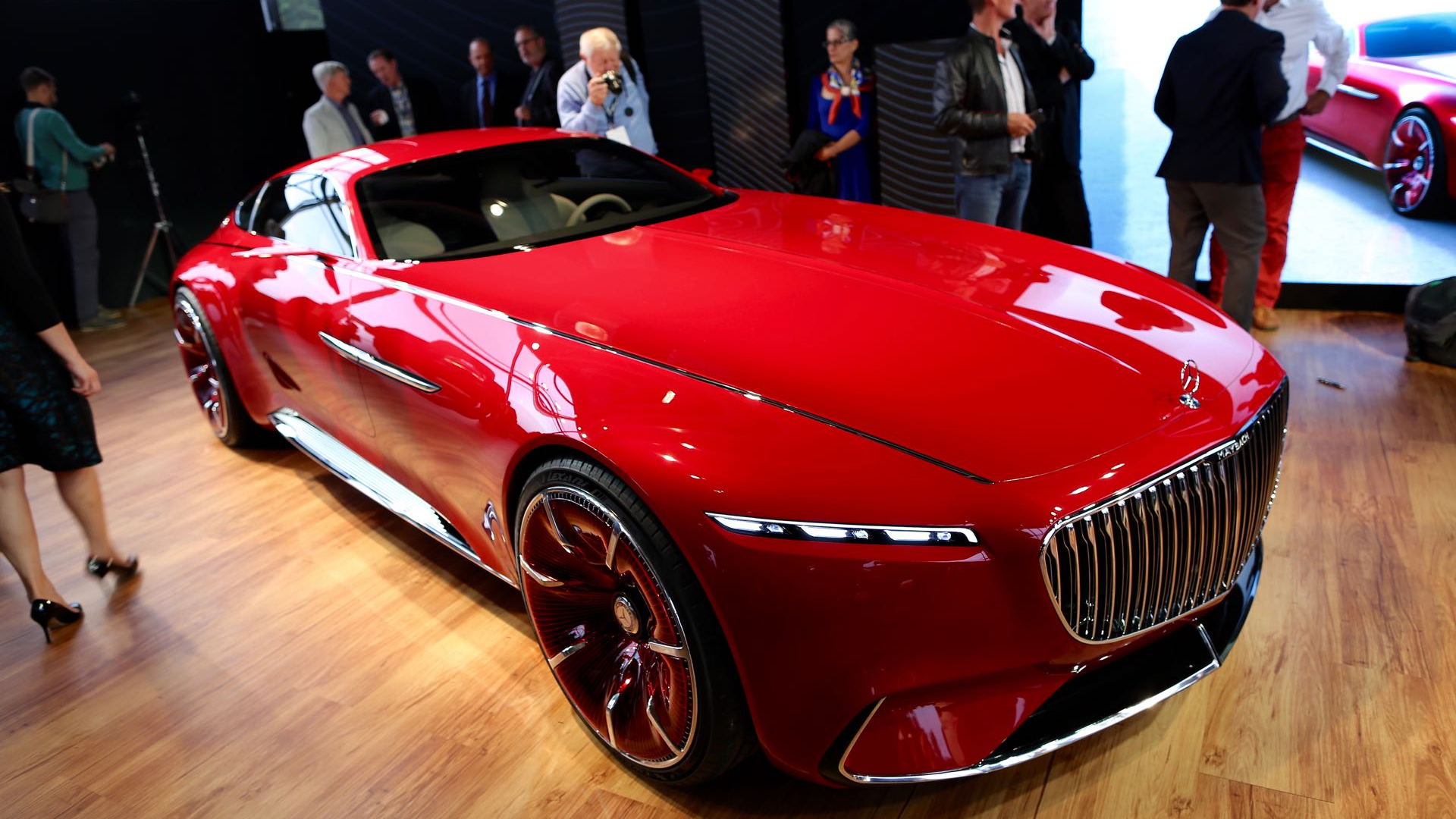 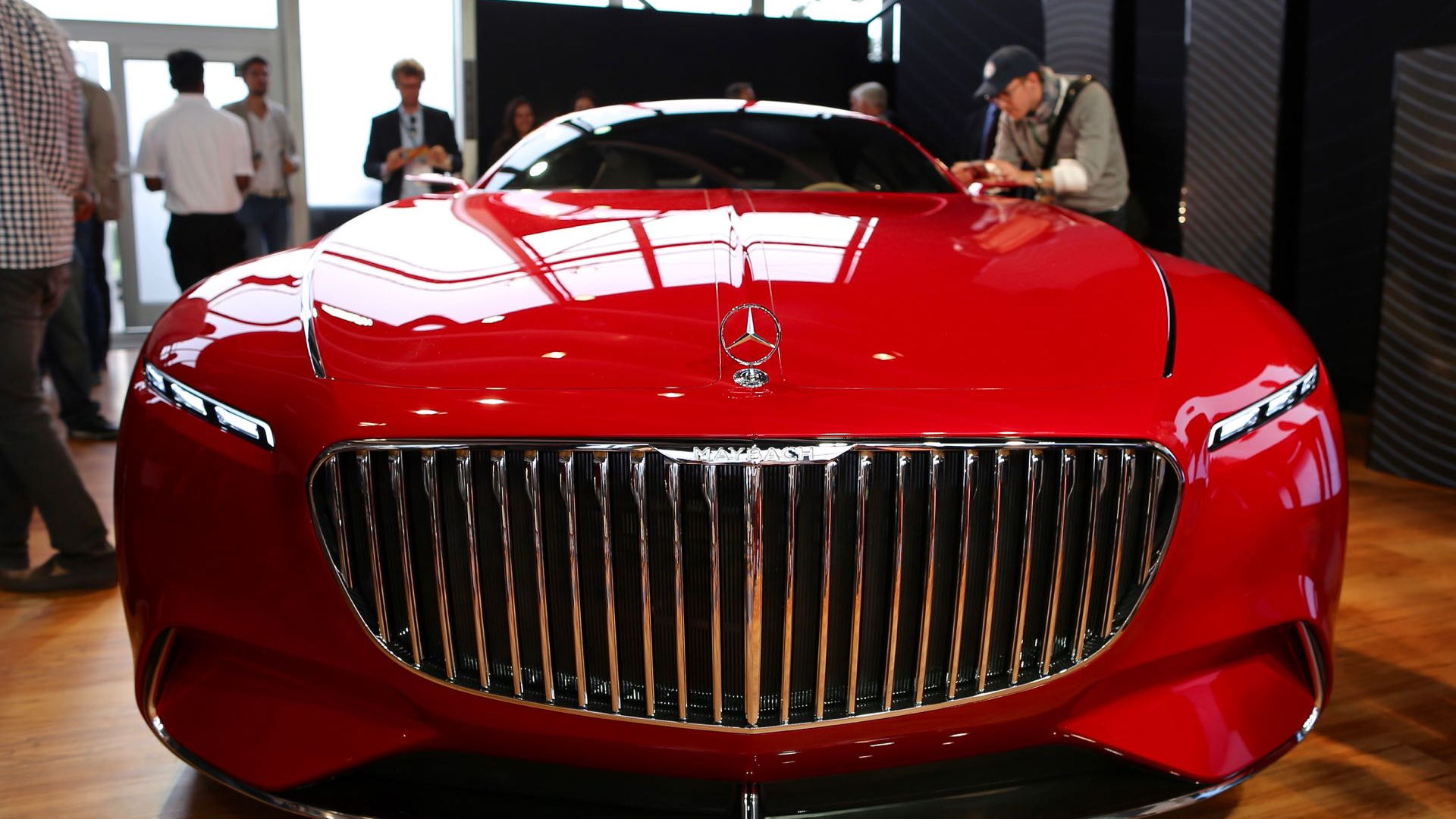 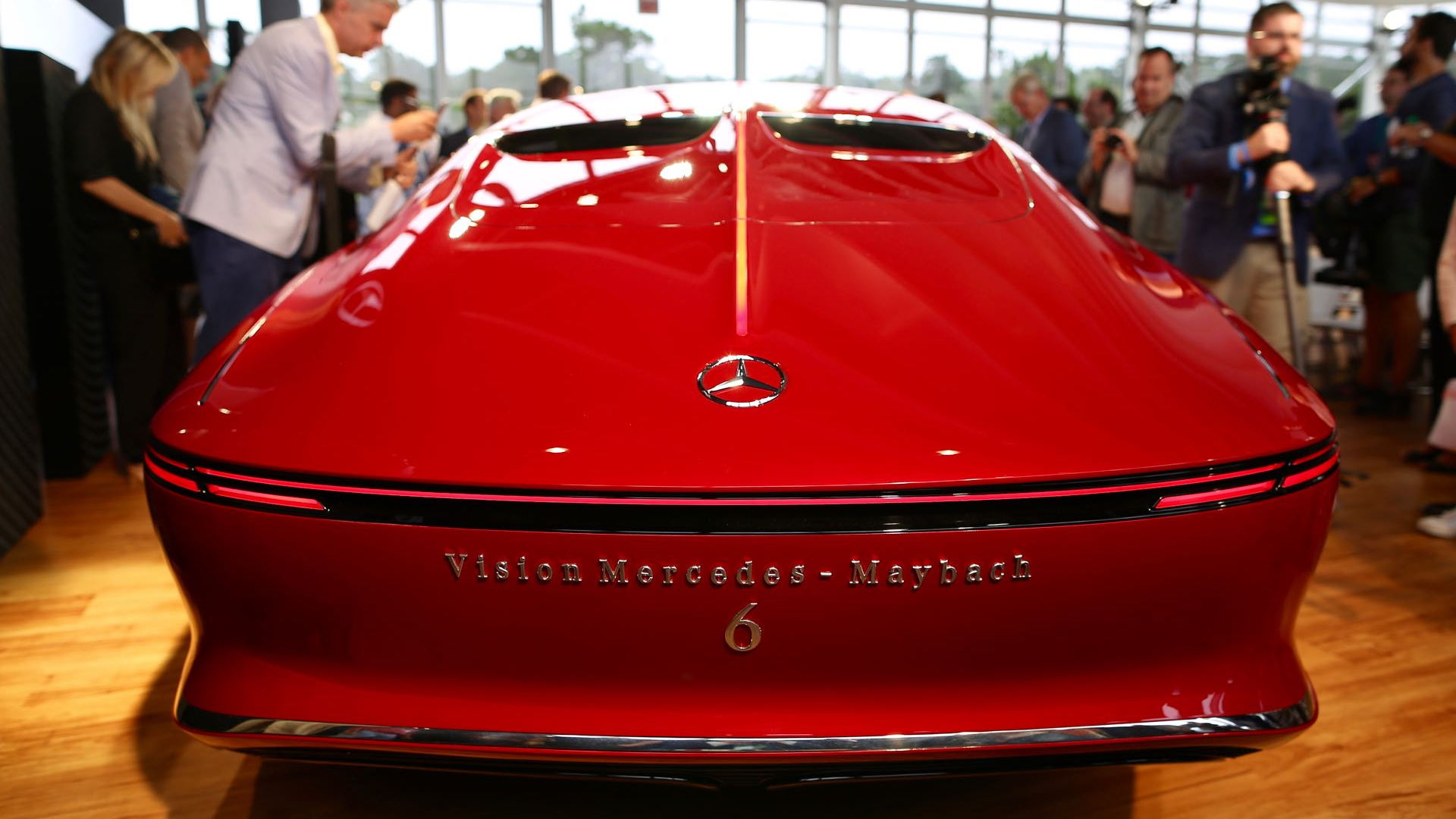 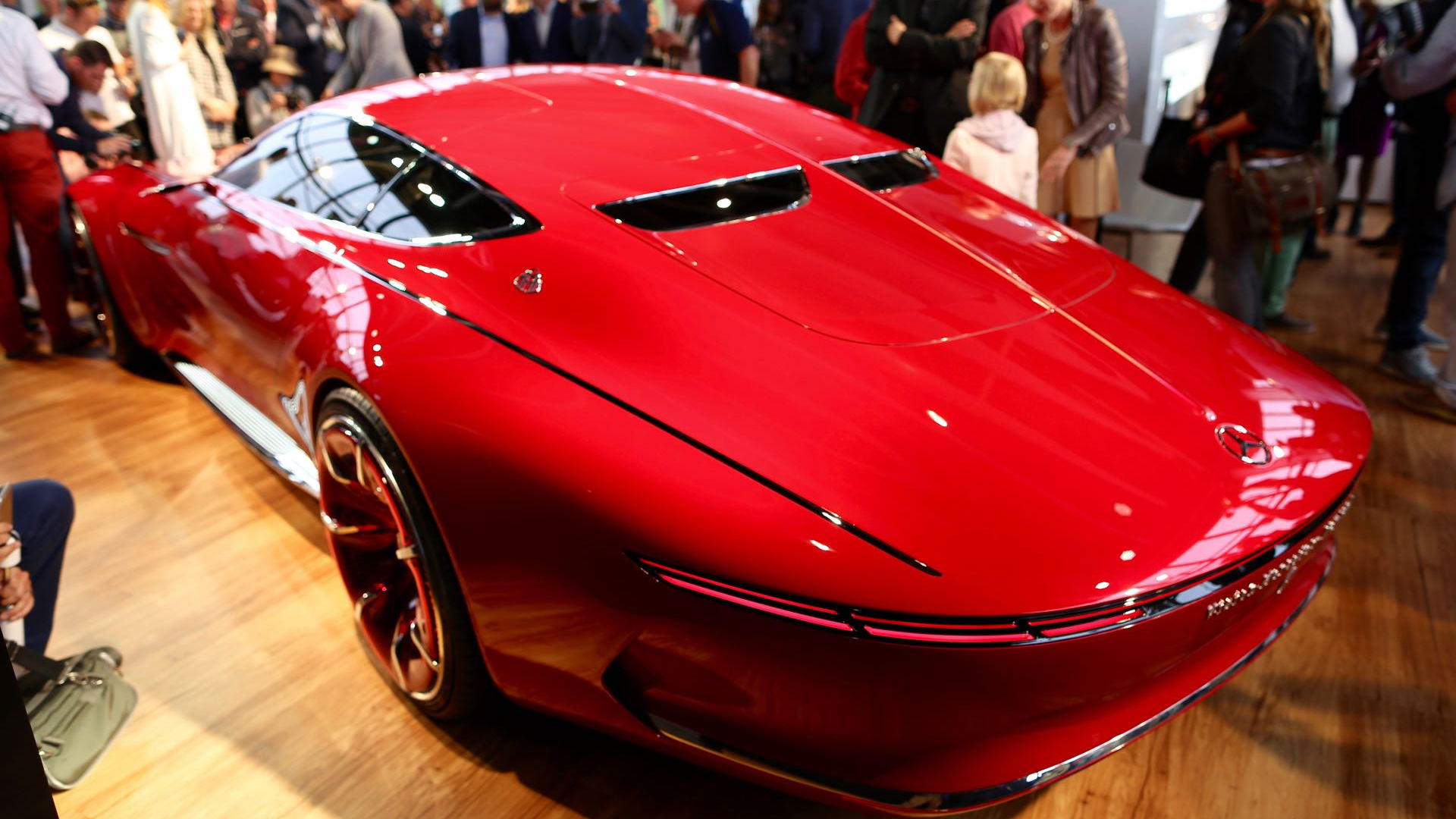 It's not too surprising that a large, elegant, uber-luxe streamlined coupe with gullwing doors might be shown to depict a future design direction for its high-luxury Mercedes-Maybach sub-brand.

What is surprising, though, is that it's all-electric.

DON'T MISS: Mercedes electric SUV concept for Paris in September: what we know so far

The "6" in its name, incidentally, refers not to it being a sixth Maybach concept but to the two-door car's length in meters. For the record, that translates to just shy of 20 feet.

Future Maybach models may include a production version of the Vision 6 coupe, if rumors out of Germany prove accurate, targeting such cars as the Rolls-Royce Wraith (from BMW) and the Bentley Continental GT (from the VW Group).

Whether it would find more success in the highest end of the luxury market than the ill-fated and now withdrawn Maybach 57 and 62 sedans remains unclear. 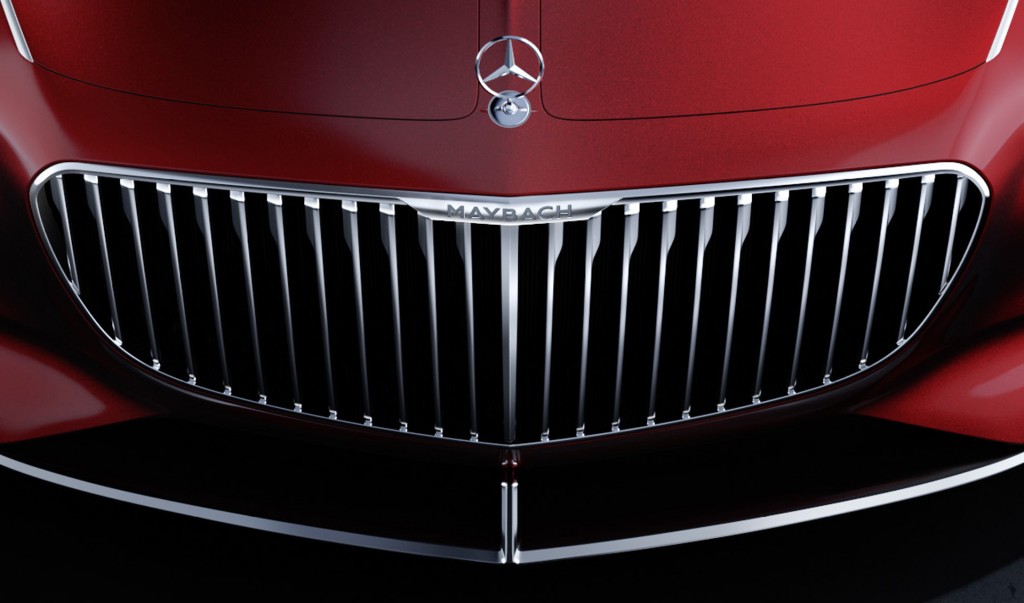 The concept coupe's powertrain is likely a strong hint toward the four battery-electric vehicles Mercedes is planning to launch from 2018 through 2021.

A flat 80-kilowatt-hour lithium-ion battery pack is housed under the floorpan, Tesla-style, delivering current to four electric motors that provide all-wheel drive with individual torque vectoring to each.

Mercedes quotes combined power output of the four motors at 550 kilowatts (738 horsepower), presumably the peak rating and not the sustainable rate for continuous running.

That specification provides not only a range of more than 200 miles but acceleration from 0 to 60 mph in less than 4 seconds.

DC fast charging is provided by a built-in Combined Charging System (CCS) port, which Mercedes says will add 62 miles of range in a mere 5 minutes. (That rate will depend, of course, what capacity remains in the battery at the start.)

Level 2 charging is possible either via a subset of the CCS port or through a new wireless inductive charging system—a feature Mercedes-Benz will start building into some of its plug-in hybrid vehicles for the 2018 model year. 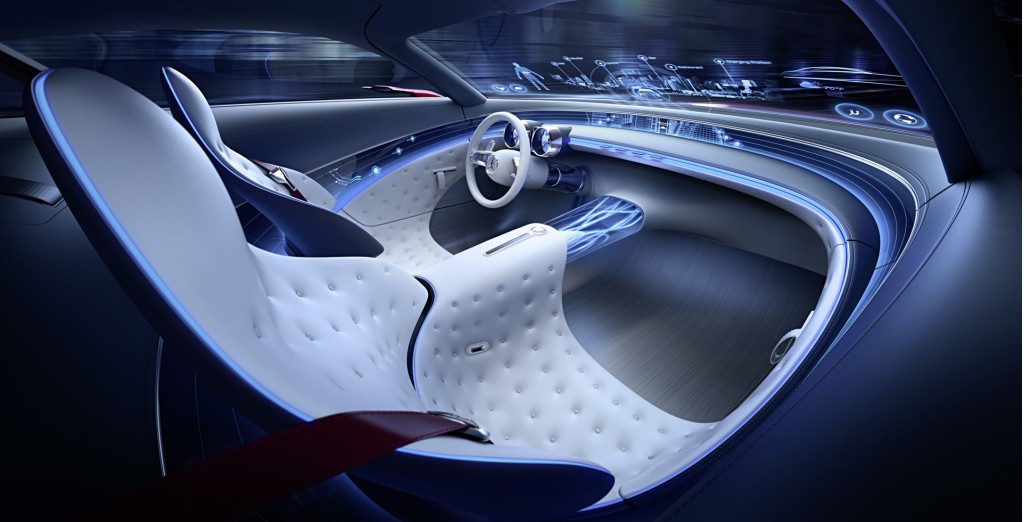 As for the design concept itself, the company attributes its inspiration to the "aero coupes" developed before the Second World War, perhaps including its own, recently re-created 1938 Mercedes-Benz 540K Streamliner.

The Concept Mercedes-Maybach 6 has smooth surfaces and an extremely long nose that flows into a low roofline. The back of the car has an updated version of the boat-tail rear found on some of the pre-war aero coupes.

Mercedes says the grille was inspired by a pin-striped suit. Indeed.

Once the gull-wing doors have elevated the interior offers a "lounge-like" environment with rare and expensive accents. How about rose gold trim on the dash?

The floorboards are polished elm and the seats are (of course) trimmed in leather, but all dash displays are fully digital. A fully transparent unit takes the idea of head-up projection to the next level, offering geographic and driving-related data across the full width of the cabin.

As you might expect for any concept of this prestige, the vehicle will take over the driving tasks when the driver wishes; a fully autonomous mode is on demand as well as the old-fashioned way.