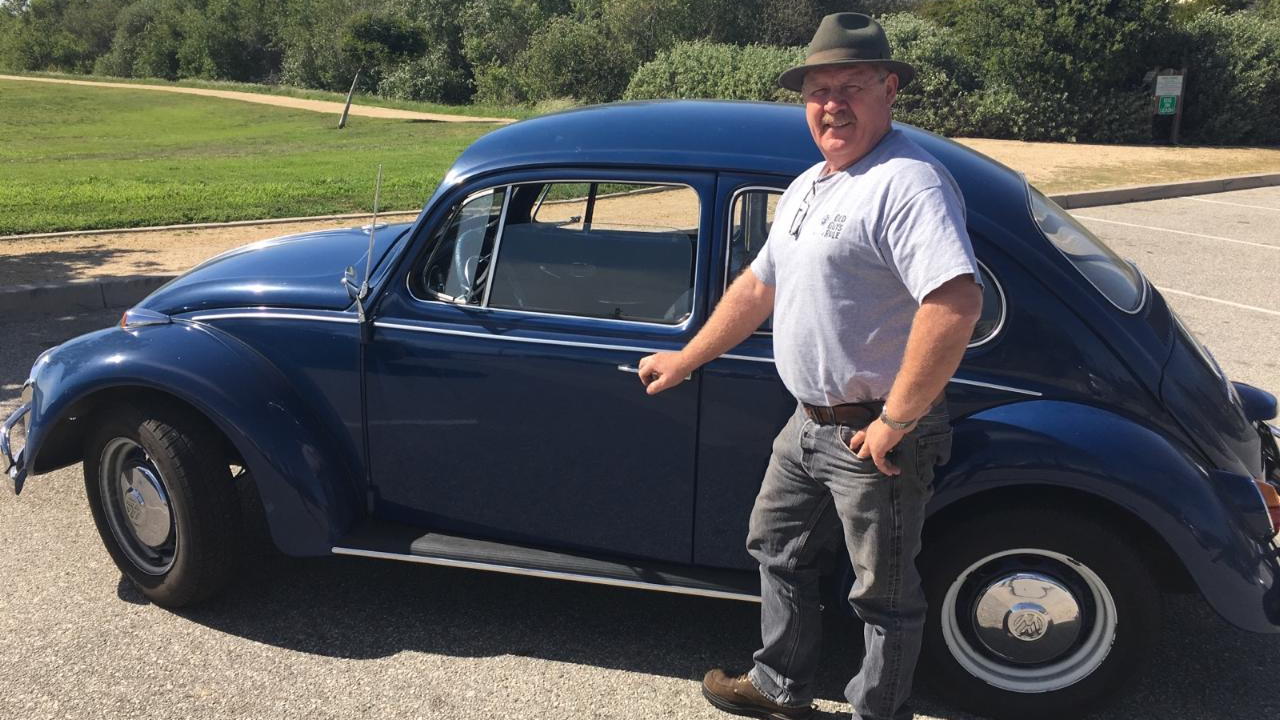 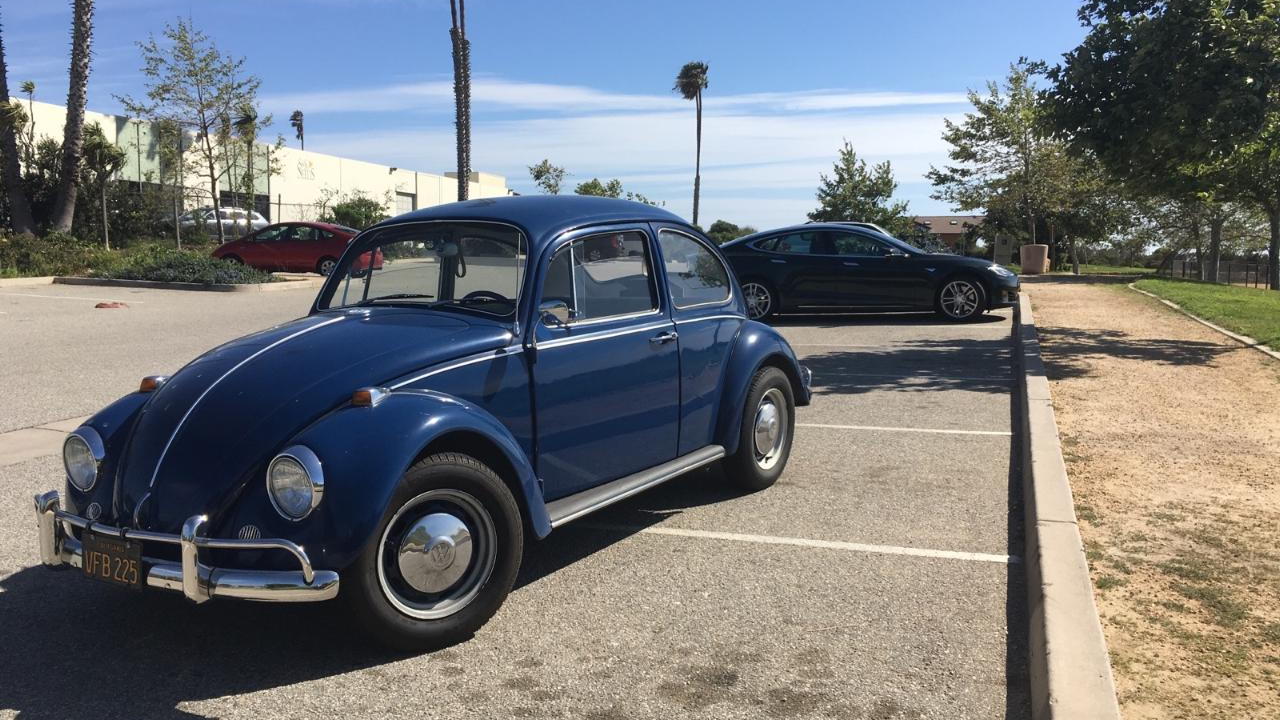 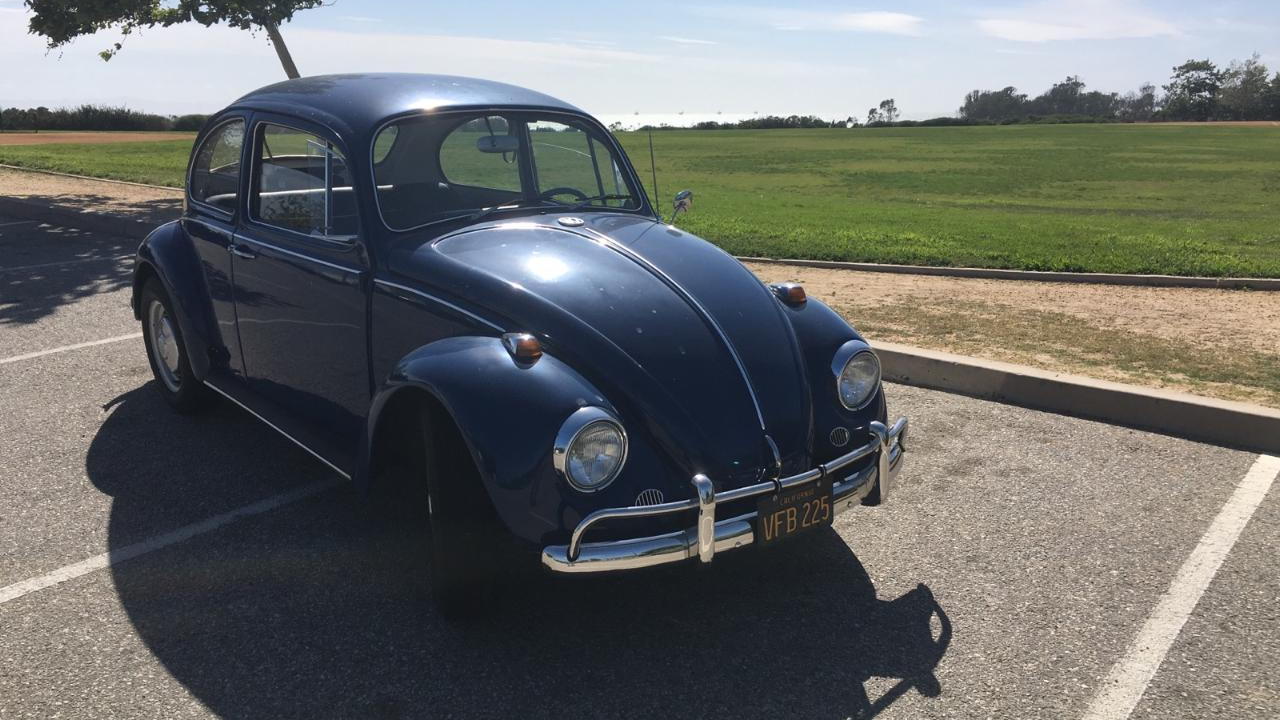 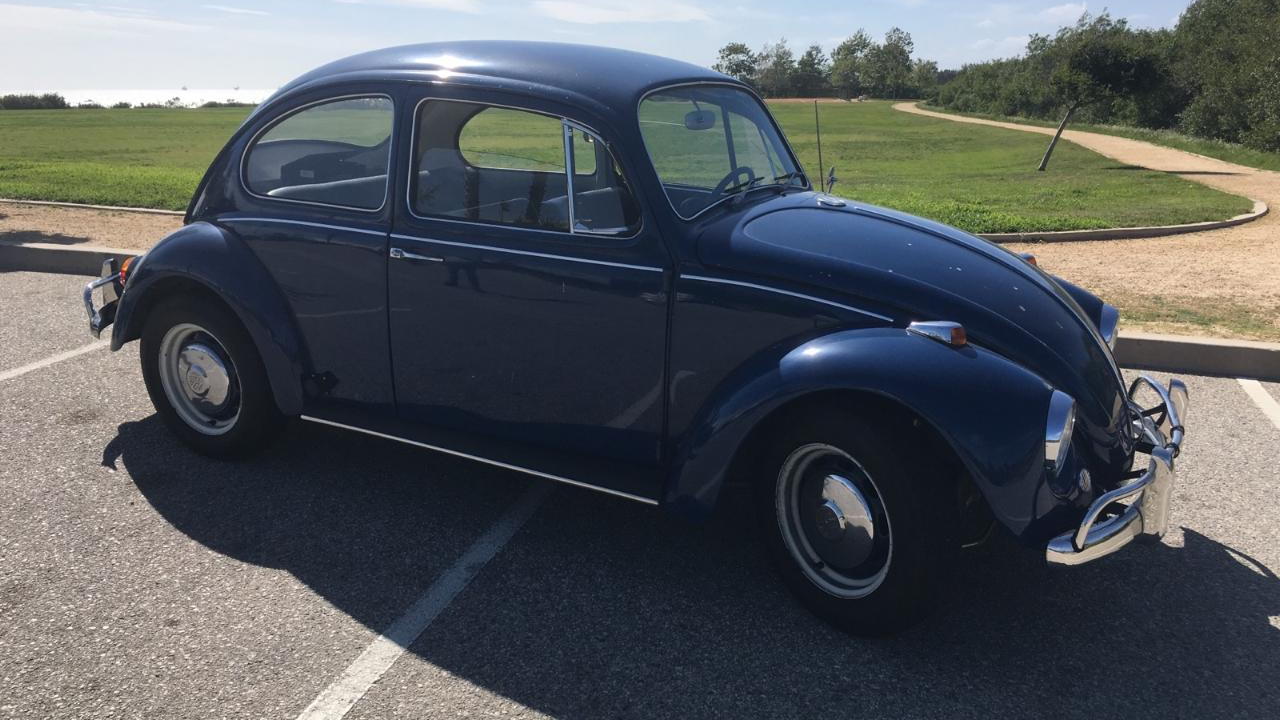 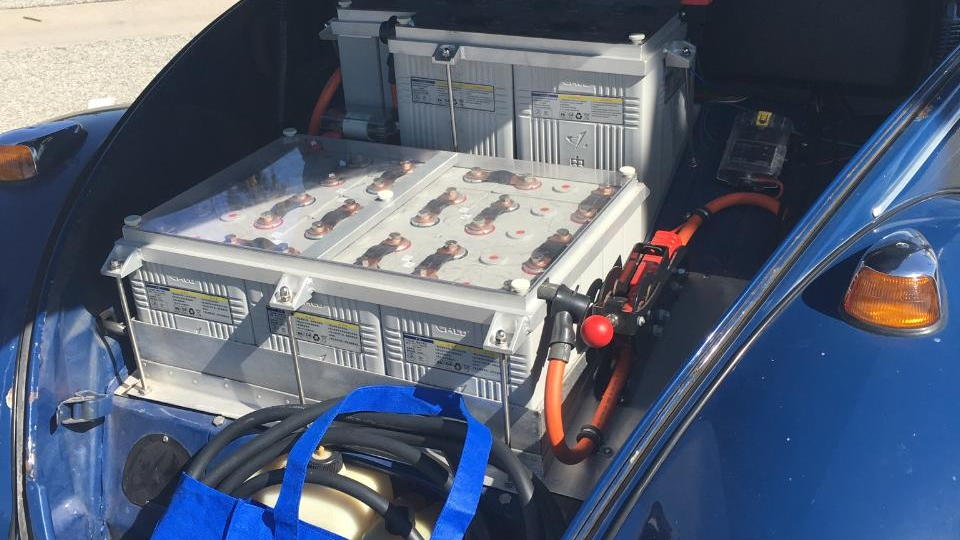 Richard Hugo, of Carpinteria, California, may be the only Tesla Model S owner in the world who prefers to drive his other car.

But it’s not as crazy as it sounds; his second set of wheels is a gorgeous blue 1967 Volkswagen Beetle that he’s converted to electric power.

It gets just as many stares and thumbs-up as his Model S, he reports, and is even more fun to drive around town for local errands.

Hugo gave me a turn behind the wheel last week. And while I still prefer my Tesla Model S, the "eBug" was indeed a blast to drive.

VW connoisseurs consider the ’67 the best of the Beetles, because it was the last year with the classic chrome bumpers and low-backed seats, but the first year for the 12-volt electrical system (and an uprated 1500-cc engine).

Hugo immediately sold the engine for $300 and started his electrification project.

As a partner in the job shop Rincon Engineering, Hugo had the engineering design and construction experience, as well as the tools, for the job. But he was no electrical expert, and decided the Beetle conversion would be a good way to learn a new craft.

For his power source, Hugo selected a motor and controller from High Performance Electric Vehicle Systems of Ontario, California.

The motor is a 96-volt three-phase AC induction motor rated at 71 horsepower of peak output. (The car’s air-cooled four-cylinder gas engine had 53 hp.)  Peak torque, at 0 rpm, is 120 ft-lb, roughly double the number for the original engine.

Based on Hugo’s specs, CALB supplied a 22-kWh battery pack made up of 36 180-Ah cells—24 in the front trunk and 12 in the small storage area behind the rear seat. The total weight of the batteries is about 450 pounds.

The entire car weighs about 1900 pounds, or about 200 pounds more than the original car (and hundreds of pounds lighter than any car of the same size sold new today).

But with most of the batteries up front, the weight distribution is more balanced than the dangerously tail-heavy original.

Hugo says the battery is good for about 100 miles of range—better than any of the first-generation battery-electric production cars from Nissan, BMW, Mercedes, Fiat, Mitsubishi, or Kia.

Hugo finished the project in March 2015, and has put about 6,000 miles on the car since then, typically leaving his Tesla languishing in the garage during the week. (It comes out mostly for longer weekend trips.)

CHECK OUT: Electric-Car Conversions: Do They Really Stand A Chance? (May 2012)

For me, getting behind the wheel brought back memories of a 1963 Beetle I drove for a couple of years in my early 20s.

Everything seemed instantly familiar—except for two new instruments Hugo has installed on the dash to read out amps, volts, rpm, and other parameters from the motor and battery.

When the key is turned, the car requires about five seconds to come to life. Then it’s simply a matter of putting in the clutch, selecting a gear, and starting off.

(Yes, the car’s original transmission and clutch are still in place and operate normally.)

With all the electric torque, first or second gear—or even third—works just fine for moving off. I choose second; spoiled by three years of Tesla driving, I see no reason to shift more than necessary.

It’s kind of weird to be letting out the clutch and pressing the accelerator pedal with no engine noise to tell me how the engagement process is going back there. But with so much torque, the car moves off smoothly in any case.

I don’t floor it, but acceleration is decent, maybe a little better than the standard VW. During my brief drive, we got up to about 50 mph after shifting from second to fourth on Hugo’s recommendation. It worked fine.

Once at speed, instead of the usual VW valve clatter, there’s a noticeable whine from the rear. But Hugo assures me it’s the transmission, not the motor.

The extra weight of the batteries in front makes steering a real bear.  Whatever sprightly feel the original VW had is long gone; with 300 extra pounds up front, this thing steers like a truck.

Hugo says he’s had it up to 80 mph on the freeway, with good stability and some power in reserve.

Hugo has set the regenerative braking on the light side. Back off the accelerator, and it feels pretty much like a standard VW in third or fourth gear.

The regen is also blended into the braking system. Step lightly on the brake pedal, and the controller kicks in the regen.

Press harder, and when the regen maxes out, the system automatically shifts to the friction brakes.

From the driver’s point of view, it’s seamless.

From the outside, Hugo’s VW appears totally stock, except for the plug-in port just above the running board in front of the right rear fender. Only the sharpest of eyes could spot it as an electric.

But it doesn’t take much of an ear for a passer-by to figure out that this is not a normal Bug: no noise.

If you count the labor as merely fun and education, that’s a bargain compared with the $60,000-and-up cost of some off-the-shelf commercial electric Beetle conversions.

But a car that’s essentially the love child of a Bug and a Nissan Leaf?