After multiple showings of various concepts, the production version of the Toyota C-HR crossover will finally debut at the 2016 Geneva Motor Show next month.

And the lineup will include a hybrid powertrain option, although Toyota isn't offering any details about that at the moment.

The C-HR has had one of the longer gestation periods of any new vehicle in recent memory, first appearing as a concept in the fall of 2014.

When it finally arrives, this latest small utility vehicle will finally give Toyota an entry into the burgeoning subcompact crossover segment, currently populated by models like the Chevrolet Trax and Honda HR-V.

For the European market, at least, the C-HR will be built at an existing Toyota factory in Turkey, the company said in a press release.

When it arrives in the U.S., the C-HR will be Toyota's second hybrid crossover, alongside the recently-introduced RAV4 Hybrid. 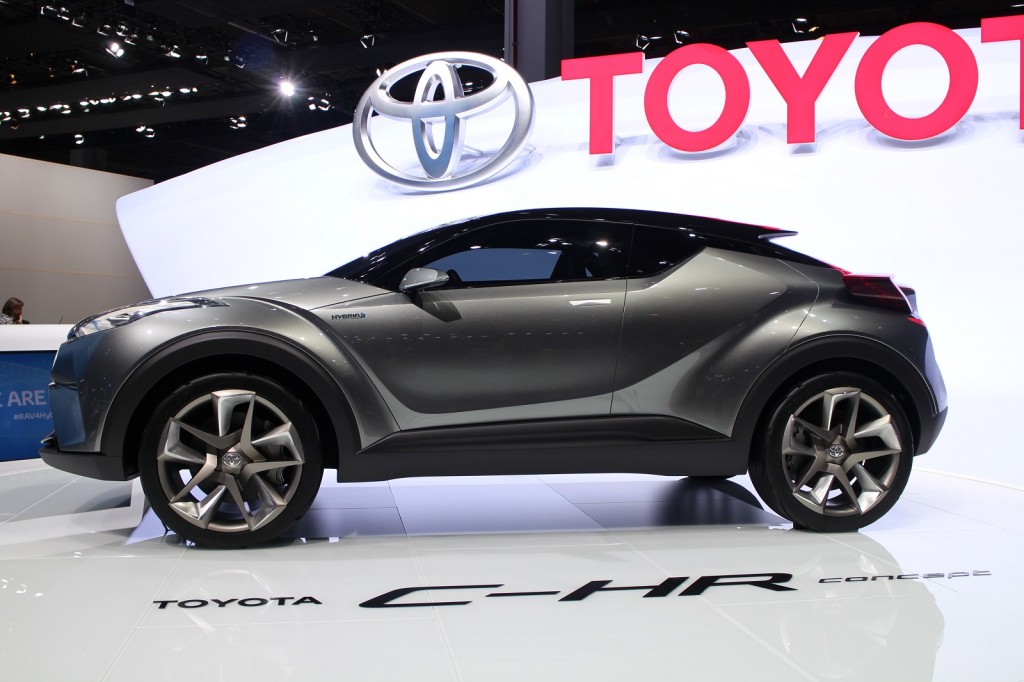 It's unclear what powertrain the C-HR hybrid will use, but the one from the larger RAV4 Hybrid--based around a 2.5-liter four-cylinder engine--probably isn't in contention.

Toyota could potentially use a powertrain from one of the Prius "family" models, perhaps even the 1.8-liter system from the fourth-generation 2016 Prius.

That seems likely because the Toyota New Global Architecture (TNGA) that debuted with the 2016 Prius will also underpin the C-HR.

The C-HR was first shown as a concept at the 2014 Paris Auto Show. At the time, it had two large side doors and a rear hatch. 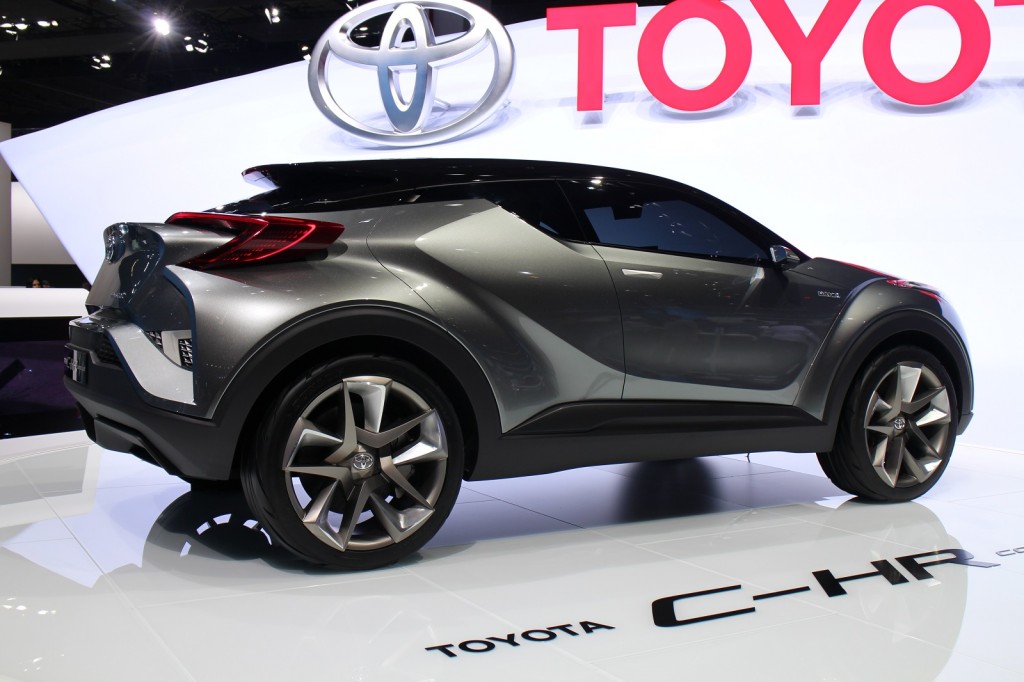 Toyota unveiled an updated, four-door version at the 2015 Frankfurt Auto Show last fall, followed by an appearance at the 2015 Tokyo Auto Show.

A Scion-badged version was then unveiled at the 2016 Los Angeles Auto Show.

At the time, Toyota said the C-HR would be sold in the U.S. as a Scion.

The company then decided to kill its "youth brand," so the C-HR will instead be sold here as a Toyota--just as it would have been in every other market.