When it comes to encouraging electric-car adoption, the availability of charging infrastructure can be as important as the cars themselves.

And infrastructure is something Tesla Motors takes seriously.

It has made some particularly impressive progress over the past year, growing the number of U.S. global Supercharger sites by about 50 percent.

On February 27, 2015, Tesla said it had reached the milestone of 2,000 individual Supercharger plugs, at 400 sites throughout the U.S. 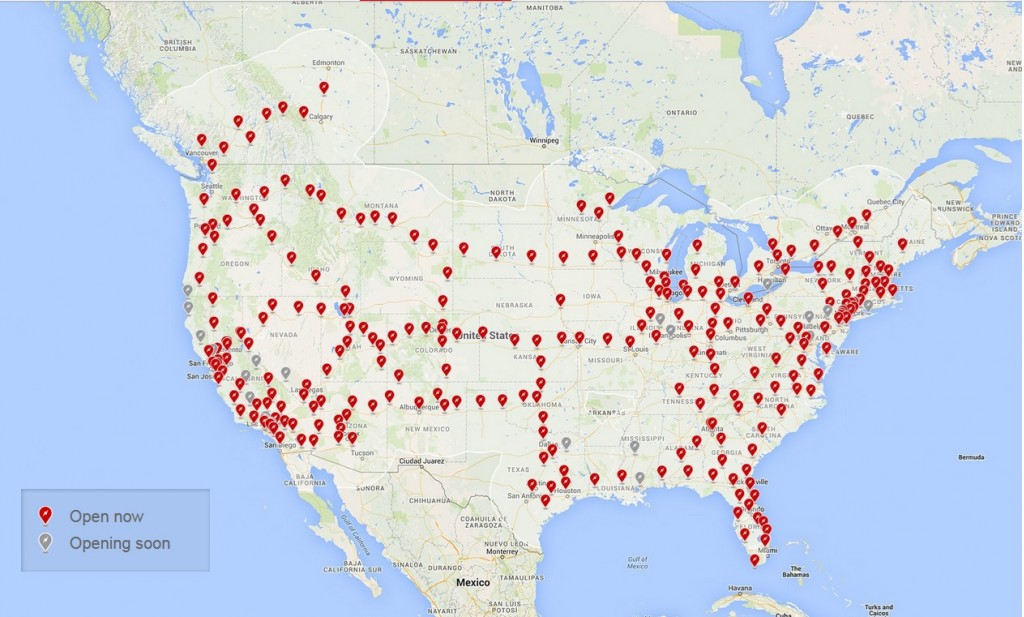 Tesla Motors Supercharger network in the U.S. - map as of January 2016

Some of those extra plugs may be crucially needed, as demand for Superchargers remains high during peak usage periods.

Over the holiday season, increased traffic led to congestion at several Supercharger sites during one of the busiest times for travel of the year.

At the Tejon Ranch Supercharger site in Lebec, California, as many as 15 cars queued up at a time--and drivers waited up to two hours to plug in.

Scenarios like this aren't the norm for Supercharger users, but Tesla will likely have to continue coping with increased congestion in the coming years.

The recent introduction of the Model X crossover will boost the number of Tesla electric cars on the road, as will the later arrival of the Model 3 sedan.

Tesla claims the Model 3 will have a range of 200 miles and a base price of $35,000, before incentives. It will be unveiled in March, and go into production next year, the company has said. 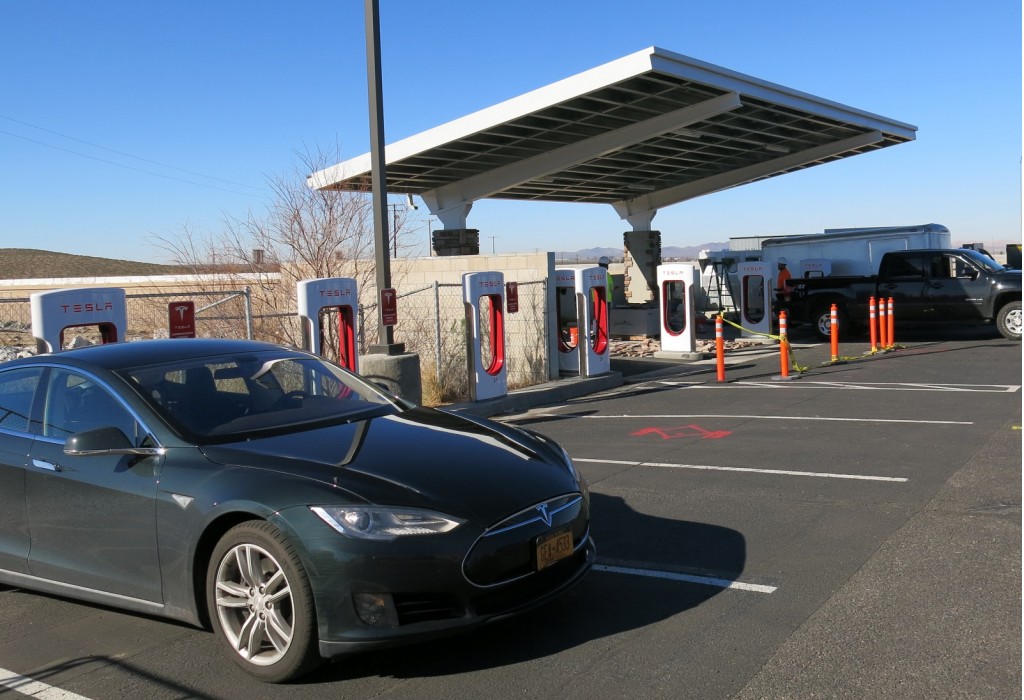 And if Tesla does achieve that goal, it will need a charging network to match.

MORE: Where Are Electric-Car DC Fast-Charging Stations? Depends On The Car (Oct 2015)

It refers to them as "destination chargers," because they're placed where drivers are expected to spend long periods of time.

That includes locations like parking garages and hotels, which lessens the inconvenience of these stations' longer charging times.