Among the drawbacks of cars that run on battery power is the energy required to heat their cabins.

As electric-car drivers in less temperate climes know, heating the cabin to room temperature has an enormous impact on battery range--conceivably as high as 40 percent.

The following article proposes an alternative to using battery energy for climate control in electric cars.

It was written by Tesla Model S owner Thomas E. Moore of Annapolis, Maryland, and (lightly) edited by Green Car Reports for length and clarity. 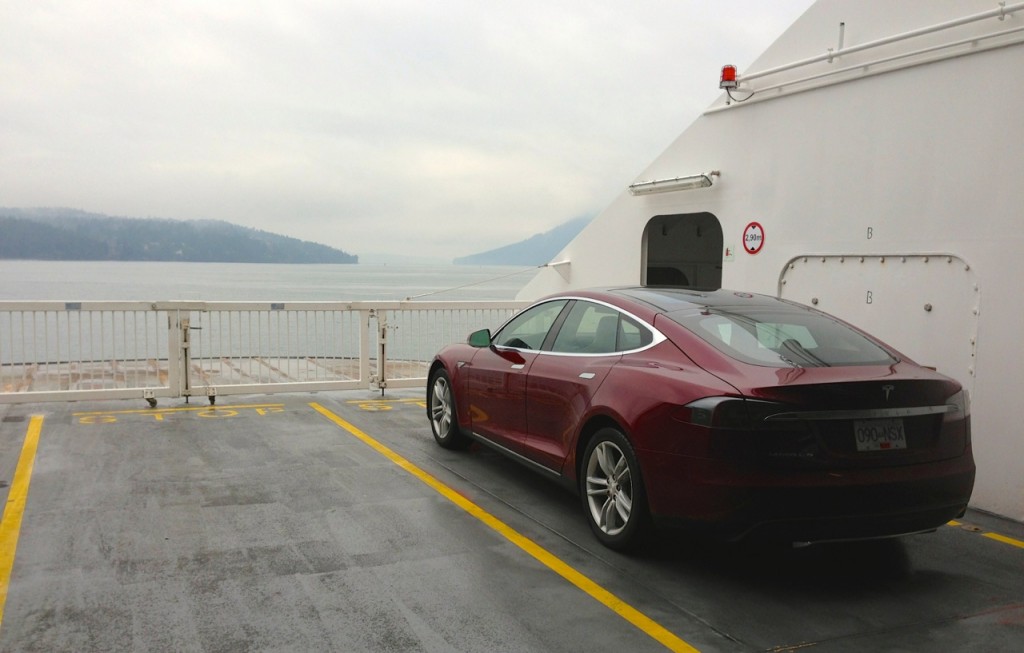 Electric vehicles have an Achilles heel that becomes inflamed and painful at this time of the year, especially in northern climates. They suffer from too much of a good thing, namely energy efficiency.

Whereas more than 75 percent of the energy in fuel for an internal-combustion engine is wasted in billowing clouds of heat, electric motors are so efficient that they waste only about 10 percent of their energy on heat.

The Tesla Model S can blow off gas-powered muscle cars at drag strips on a supply of energy equivalent to less than 2.5 gallons (10 liters) of gasoline, yet it is rated at 265 miles of range (427 kilometers) in fair weather.

But all that changes when electric vehicles are driven in sub-freezing weather, and it gets worse under Arctic conditions. Even if passengers are willing to “freeze in the slow lane”, the batteries must be kept warm to accept regeneration and yield their full energy supply.

The good news is that in hot weather, less air conditioning is needed to overcome the heat produced by the vehicle itself, as it is for an internal-combustion vehicle. Still, that is small comfort to a driver who has run out of energy at half his or her normal range, in a blizzard.

So what can be done? 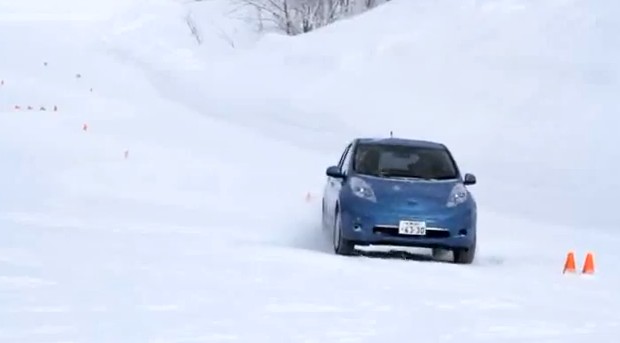 The best way to heat using electricity is to run an air-conditioning heat pump in reverse, so that it cools the outside and exhausts heat into the interior. That delivers 4 to 5 times as much energy to the interior as is requiring for pumping.

This means a given amount of electrical energy is about four times more valuable to run a heat pump than simply to heat the cabin through resistance heating.

Recent models of the Nissan Leaf have a reversible heat pump for heating as well as cooling, which yields significantly reduced cold-weather range loss. Strangely, the premium Tesla Model S does not provide this function with its heat pump.

But heat pumping loses effectiveness as the outdoor temperature drops, so auxiliary heat is required for the coldest conditions.

This is often provided by electrical resistance heating--which only deliver 20 percent of the energy that could have been provided by a heat pump. 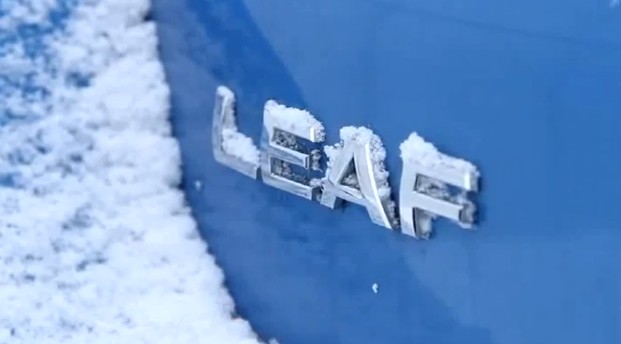 Now consider a "hybrid" vehicle of a different kind. It would employ two kinds of energy for climate control: battery energy to move the vehicle, but also to turn the heat pump compressor, and combustible energy to heat the vehicle when the heat pump needs help.

Given the very high energy density of hydrocarbon fuels, just a small tank will double or triple the total energy available to the vehicle with only a minor addition of mass and complexity.

This is far simpler and lighter than adding an internal-combustion engine as a source of heat. To gain the same amount of energy by increasing battery size alone sounds elegant, but would be far more costly--and would actually prove wasteful in its use of valuable electrical energy.

One example of this concept in action is the “Baltic Biogas Bus” now being deployed in Bergen, Norway and Vasterås, Sweden.

Scandinavia is one of the world's pioneers in converting waste materials to “biogas” with an excellent energy density. The resulting fuel is carbon-neutral, or close, because as much CO2 is consumed in its generation as is released by its burning.

He found he often faced unacceptable range loss during winter driving, and with just 62 miles to start with, he needs every bit of range the i-MiEV can offer. 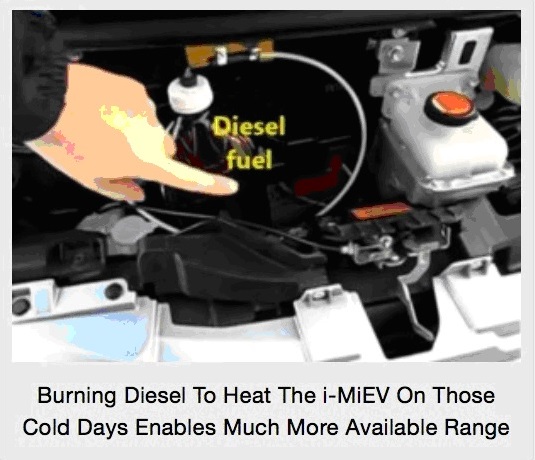 Jaracz found a commercial "off the shelf" parking heater that could be installed to provide all the heat he would need for a few hours of driving, using just 1 liter of diesel (or biodiesel) fuel--thereby preserving his range even in the coldest weather.

A single barbecue-grill bottle of gas holds about 115 kilowatt-hours of heat energy, equal to about 3.5 gallons (13 liters) of gasoline. This is larger than the energy capacity of the largest batteries now available in any electric car.

And that amount of energy would suffice to heat a vehicle in the coldest winter weather, over a trip of at least 300 miles. It could also conceivably precondition the batteries and cabin prior to travel.

With electricity as the best energy for turning shafts and propel a vehicle, and combustion as the best portable energy for heating when needed, which maker will be first to combine the two?

They might call such a carbon-neutral cold-weather option for electric vehicles Thermal Hybrid Auxiliary Warmth (THAW)--which owners would use rather than adding ICE.

Tom Moore has been a physics and math teacher, a research assistant, a University research scientist, and a NASA Project Scientist for a series of missions to study the interactions between the Sun's atmosphere and that of the Earth and other planets. His current project is the Magnetospheric Multiscale Mission, which he likes to call the "Magnetic Musculature of Space" mission.